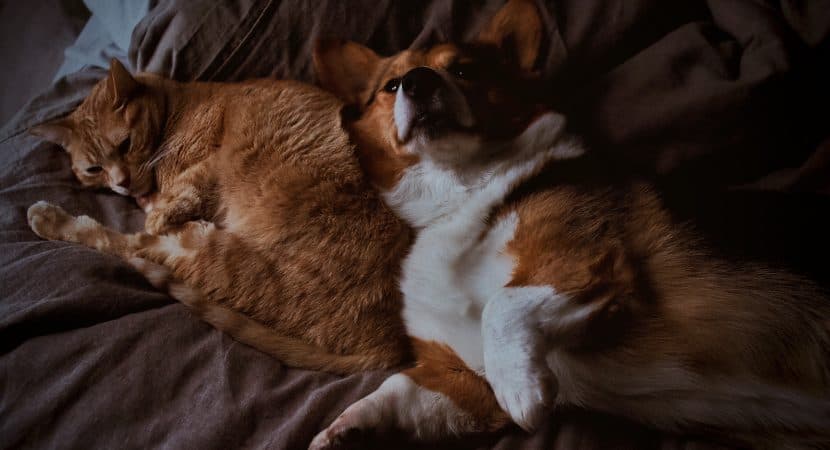 If you didn’t have a chance to see a dog chase a cat in person as a kid, you’re bound to have seen cartoons or films where the exact scene takes place. But why would dogs hate cats and why do cats dislike dogs so much? Are they natural enemies? In a word, yes. Even wolves never hunt with wild cats, so why would their domesticated counterparts be friends?

The reason is simple – they are very different species and they communicate in totally different ways. Also, their natural animosity stems from the fact that the wild counterparts have always been competing for territory and fighting over food. So, does that mean that a dog and a cat can never co-exist in peace? In a word, no. With proper guidance from the owner, it’s possible, though not in every situation, to make a dog and a cat get along with each other. Still, there are a few things you need to consider. 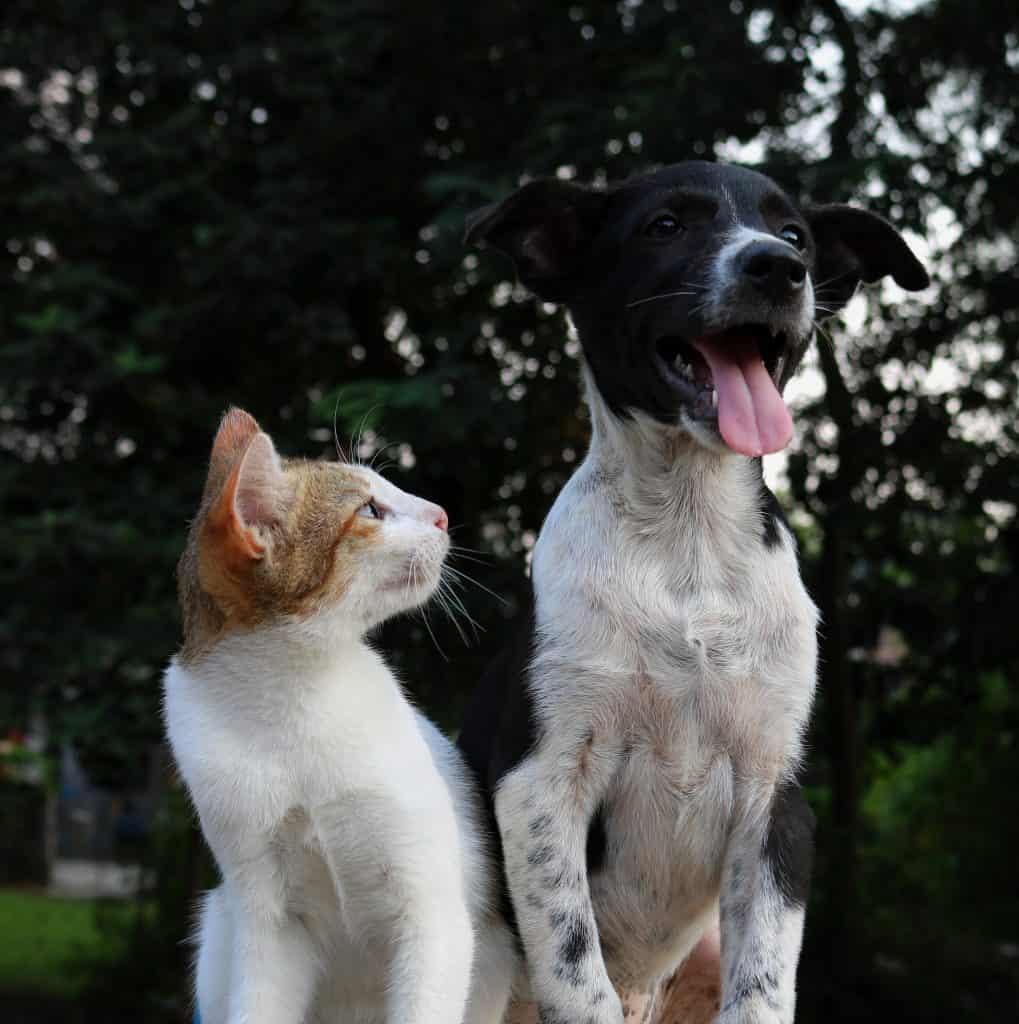 The first thing you should do is focus on their personalities, rather than their breeds. It’s a common misconception that certain breeds of cats and dogs can get along better than others. It’s your pets’ personalities and energy levels that you should pay attention to. Your dog might be territorial and aggressive and it definitely won’t be friends with a cat. Also, an ageing dog is unlikely to be happy sharing its space with a rambunctious kitten. So, if two animals are not a personality match, you might need to set up a household arrangement that keeps them separated for the long term. On the other hand, if you’re adopting a pet, try to find out as much as possible about its character and see if it’s a match for your pet at home.

Unlike cats, dogs need to be exercised regularly, so that they release their energy instead of misdirecting it. Physical exercise also helps dogs slow down their brains and control themselves when they’re around cats. If they’re properly exercised, they’ll be less likely to start chasing cats in order to vent their frustration and excess energy. Also, try to break the routine of walking your dog with exercises and changes in pace. Finally, don’t forget that pets are much more susceptible to odours and can react energetically. That’s why you should get the best air purifiers available, to neutralise their natural odours.

Help them get used to each other

Before you actually introduce a newcomer to your pet, it’s vital that you let your pet follow its nose. That means you should let cats and dogs sniff each other’s bedding and toys before you actually introduce them to one another. This trick is used as a non-visual stimulation or introduction and it allows your pets to satisfy their innate curiosity and you’ll be much less likely to have to deal with turf battles. They have only one chance to make a great first impression, which is why experienced owners organise their first meeting during mealtime, while at the same time keeping them far from each other. They shouldn’t see each other, but they should be able to smell or hear the other pet. They’ll start associating this smell with food, i.e. something positive. Repeat this for several weeks before you gradually introduce visual stimulation. Feed them separately, but on either side of a dog gate or screen, before finally removing the obstacle. Even then, you need to be careful and keep the dog on the leash.

Cats need a protected space that belongs only to them. No dog should be allowed there and you should set up these safe spaces around the house, too. Since cats climb easily, you can take advantage of your house’s vertical space. You can get tall cat trees, install shelves or place a cat bed on a bookcase. That will help the cat observe the dog from a safe distance. Also, dogs should be kept away from the litter box. Cats need to feel safe while doing their business and we all know that some dogs like to snack on cat faeces, which is both gross and highly unhealthy.

Trying to create an atmosphere where a cat and a dog can live in relative harmony is not an easy task. However, it’s far from impossible. There are many obstacles along the way, but they can all be overcome if you plan carefully, consult experts and remain patient. After all, the reward you might get is most certainly worth the trouble.