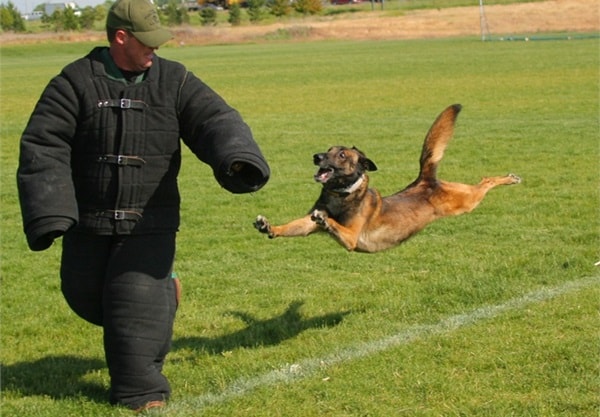 It’s thought that domesticated dogs have been around for at least 20,000 years. This bond between man’s best friend eventually carried over into enforcing the law.

Although you may think you know about these impressive dogs, there is much more to them than meets the eye. Our guide covers the most exciting police dog facts about these remarkable canines.

1 They Are Not Always German Shepards

There are a variety of breeds that police use as police dogs. The most popular include German shepherds, Labrador retrievers, and golden retrievers. These breeds are known for their intelligence, loyalty, and trainability.

Police dogs are not always pure breeds. Some police dogs come from shelters.

2 Their Drug Detection Training Is Intense

Police dogs undergo a rigorous training process that helps them identify illegal substances. This process of drug detection dog training is both intricate and intensive.

First, the dog must be able to identify the drug’s scent. This is usually done by exposing the dog to the scent of the drug in a controlled setting. The dog must then be able to indicate to the handler when the smell is present.

Next, the handler teaches the dog to search for the drug’s scent in a specific area. Finally, the dog must alert the handler when they find the drug. Most handlers teach their dog to bark or sit when the scent is present.

3 They Can Find More Than Drugs

Law enforcement dogs use their exceptional sense of smell to find all sorts of items! Police canines can be trained to find anything from hard drives to missing people.

The following are some of the types of objects that a police dog can sniff out:

Dogs who work for the police don’t have a long career. Most police dogs will work six to eight years before retiring as household pets. When a police dog retires, they most often live in their handler’s home.

Dogs aren’t only helping the police out. Over a million dogs served in World War I.

These dogs would deliver messages through trenches. They would also help comfort soldiers.

The most famous dog from World War I was a puppy named Rin Tin Tin. This German shepherd starred in a silent film, bringing fame to this unknown dog breed.

In World War II, a German shepherd named Chips attacked an entire machine gun nest. Because of Chip’s bravery, the enemies surrendered. The pup was awarded for his valor, but they were later taken away as the army didn’t recognize animals.

Police dogs are just as crucial at protecting people as policemen and women. When you know police dog facts, you can see how amazing and hardworking they are.

Did you enjoy our article on police dogs? If so, make sure to read more from our pet category today.