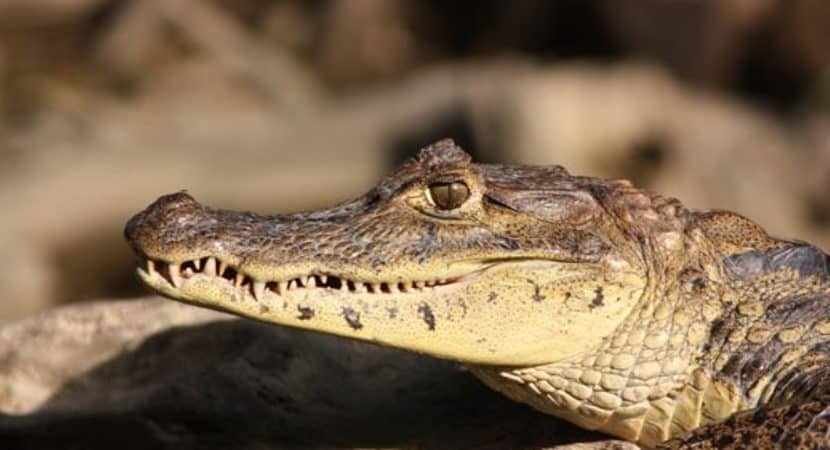 American crocodile, a prehistoric looking, giant reptile that is considered as an endangered species is our topic of discussion today. Being found in southern Florida, Colombia, Venezuela, Haiti and at many parts of northern and southern America, American crocodiles are considered to be one of the largest reptiles of the world. Due to illegal hunting and loss in their habitat their number has been decreased considerably. And today their status is vulnerable. We will discuss about various facts related to this massive reptile in this article that you may find useful and it will also enrich your kid’s knowledge bank.

2. Major concentration: They can majorly be found in the coastal areas of southern Mexico, Peru, Venezuela, Jamaica, and Cuba. In United States, their concentration is limited within Puerto Rico and Florida.

3. Love for salt water: American crocodile are mainly fond of salt water. Actually they are salt water tolerant. They tend to live largely in the coastal areas or brackish lakes, lagoons or small islands where the salinity level is high. But they don’t drink this sat water. They cope up with all the salt by drinking only fresh water.

4. Shape of the snout: Contrary to the other larger crocodiles they have ‘v’ shaped, tapered, narrow and triangular snout where as the other crocodiles have wider snout.

7. Description: They look like long lizards with four short but strong legs and along muscular tail.

8. Coloration of the body: When they are young, they usually have dark cross-banding on the back and tail but as they grow up they tend to have grayish green color with white or yellow color at their belly area.

10. Reproduction: They breed in late autumn or early winter. In the month of February or March, females begin to make nests of mud, sand, etc along the water side. Hatching mainly occurs in late July to early August.

11. Male child or female child: This is very funny among them. Depending on what the temperature is, it can be all-male or all-female babies!

12. Aggressiveness: By nature they are not very aggressive but like any other crocodiles they are harmful to humans.

13. Fact about hunting: They remain completely motionless in the water and when the prey comes closer they attack them and drown them by “death-roll”.

15. Status: In IUCN Red List they are enlisted as ‘vulnerable’ species. 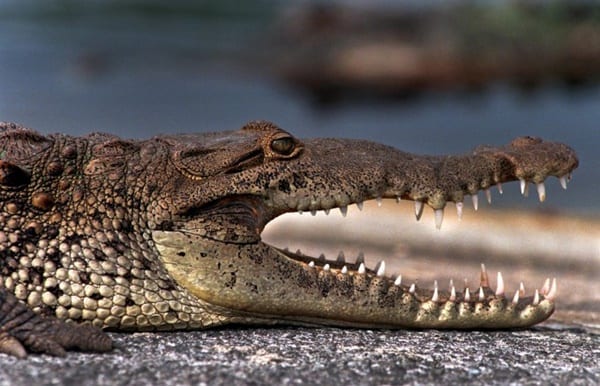 16. Reason for depletion in numbers: It is mainly due to illegal hunting and major habitat loss.

17. Movement: They can crawl on their belly but one of the important things about their movement is that they can ‘high walk”.

19. Swimmer: Though they can swim up to 32 km/h but they cannot hold the speed for longer periods. 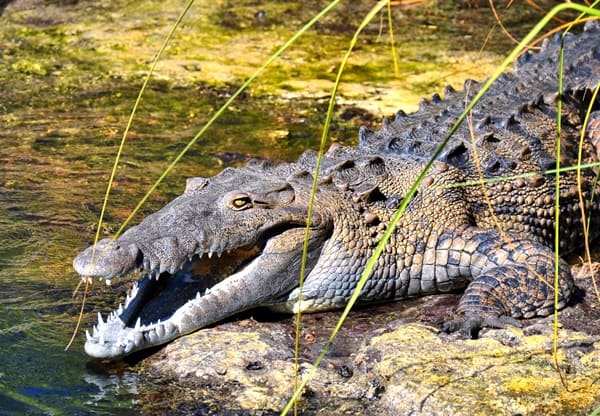 22. Parasite removal: They rely on fishes for removal of parasites unlike the other crocodiles who rely on the birds for so.

24. Ecological importance: Ecologically they are very important as predators because they eat up the over populated fishes and keep balance in the aquatic environment.

25. Decrease in numbers in the coastal regions: Due to rapid development in the coastal areas their numbers are decreasing at an alarming rate that may end up into future imbalance of coastal environment. 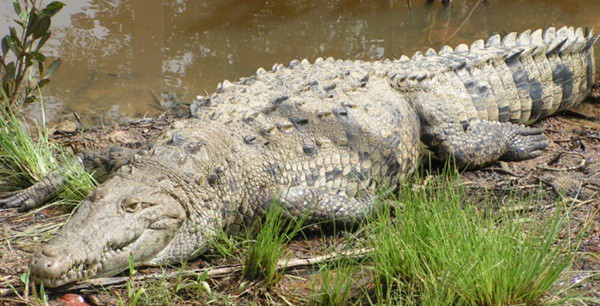 American crocodiles are salt water tolerant but they are not cold tolerant. Unlike alligators they can’t hibernate in the harsh cold and tend to die. One of the largest concentrations of American crocodile is found in Lago Enriquillo, a land locked, hyper saline lake in Dominican Republic on the Island of Hispaniola. Human beings are a major threat to them because they hunt them for their skin. Today due to some implementation of laws this hunting has been lowered to some extent but still their lives are at stake.