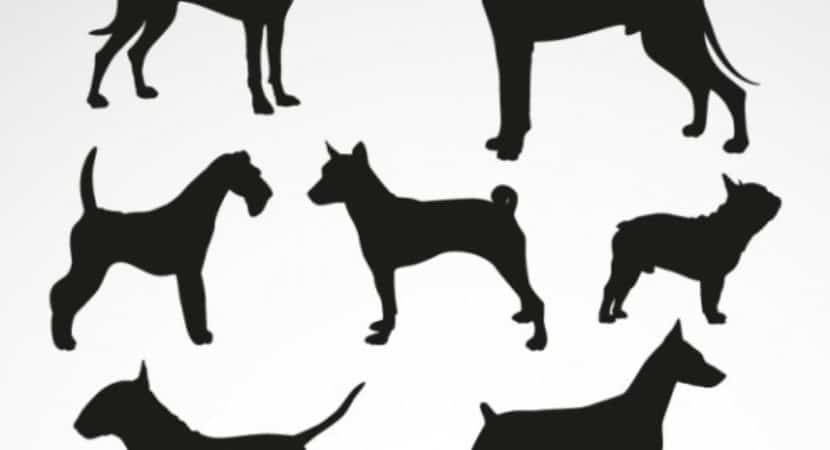 But why this kind of tail? This kind of tail helps the dog breeds to keep their face and nose warm during the lower temperatures. The tail is almost C-shaped to help retain body heat during sleep.

What Your Dog’s Tail Means

Animals typically have some kind of tell and, for dogs, it’s usually the tail. It tells you the range of the emotions they’re going through and whether or not to avoid them in those instances.

Apart from being the anatomical feature that separates us from our canine companions, a dog’s tail is also one its endearing features. Here are some of the positions it assumes and what they could mean.

This tail position is typically a display of dominance. It’s basically dogs telling you they’re on high alert and to not try anything. That said, being shown a stiff, vertical tail by your household companion is not something you should tolerate.

A pooch showing you a high-held wagging tail means that it’s happy to see you, but is also somewhat in a state of alertness. Your canine friend is cautiously excited but is showing that he’s not quite ready to be messed with. Keep in mind that a wagging tail doesn’t always mean happiness.

3. Tail Tucked Between the Legs

A dog with its tail tucked between its legs is displaying submission or fear. This display is commonly known across the various dog tail types and usually doesn’t have any other interpretation.

This means the dog is curious and is ready to take in new information. While a dog isn’t being aggressive when it does this, it also isn’t sending out an invitation to encroach on its personal space. You must still be wary if the dog isn’t yours.

Eight Dog Tail Types and What They Mean

A dog’s tail is among the indicators for dog breed and personality. Learn more about the following dog tail types to know what type of dog suits you best.

Have you seen a dog with a carrot tail? This is actually a short tail with a thicker base. It is among the custom-formed dog tail types, designed so farmers could grab their dog’s tails and pull them out from vermin holes. So, if you found a carrot-shaped tail in any dog, it is likely to be a Westland High Terrier. 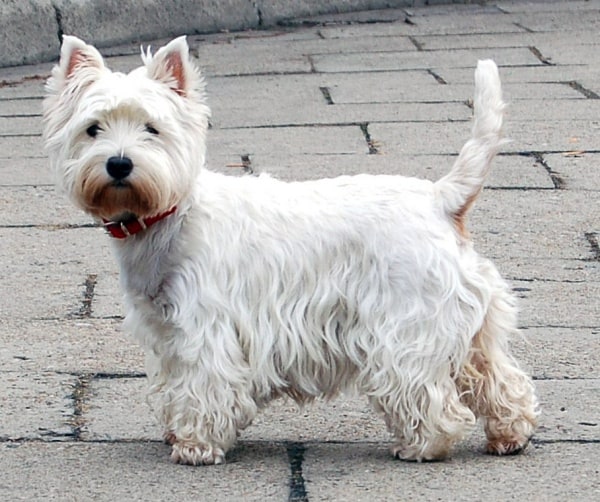 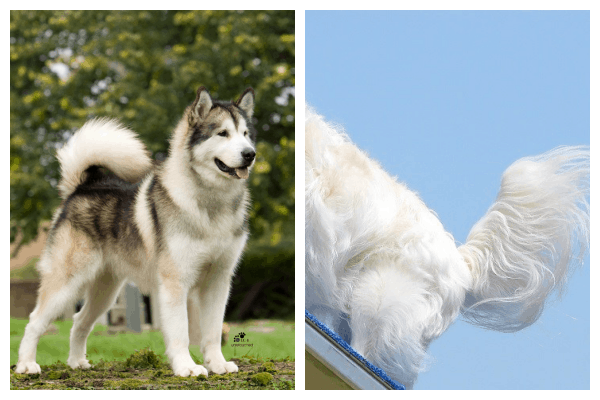 This is a very short tail that you will mainly find in dog breeds like old English Sheepdogs, Australian shepherds, and Pembroke Welsh Corgis. Some people call it a half-tail since it resembles a fatty tissue formed in the place of tails. 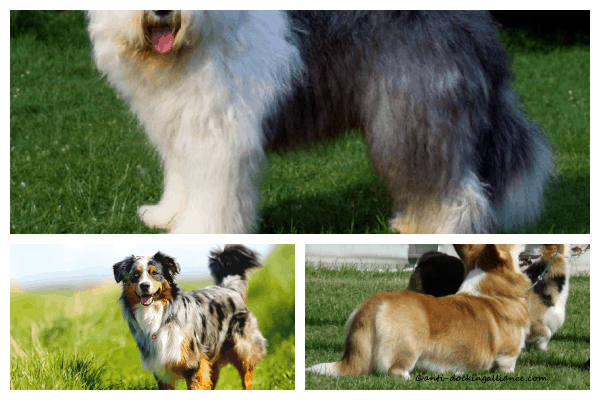 Saber tail is found in breeds like German Shepherds, Belgian Tervurens, Collies, etc. This kind of tail is found mainly in certain herding dog breeds and is normally long and low-positioned. 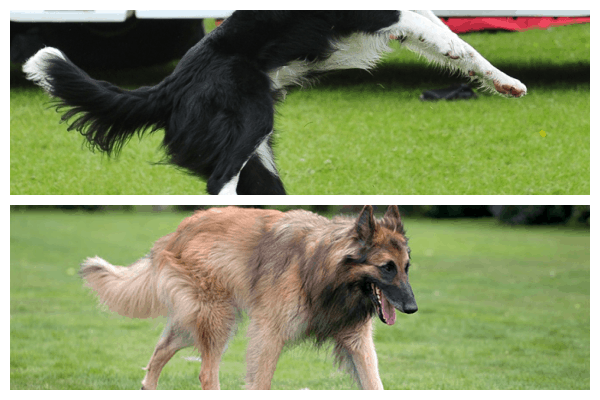 If you see a tapered tail in any dog, your dog could bear the gene of some kind of terrier, such as a Border, Airedale, Manchester. This tail shape is normally thicker at the base, held straight up, and set high on the back. You have heard about Dachshunds, Dalmatians and English Setters, which also fit under this category. 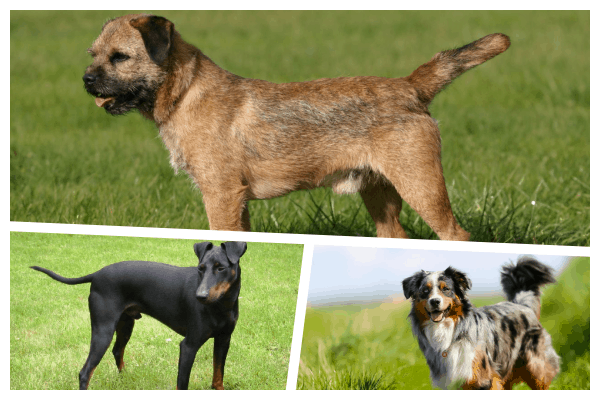 The gay tail is very common among dog breeds like Beagles, Charles Spaniels, Border Collies, Wire Fox terriers, etc. It is normally thick with a very slight curve and has a small white tuft at the tip, which is very noticeable. There is no mistaking that white tuft at the tail end. 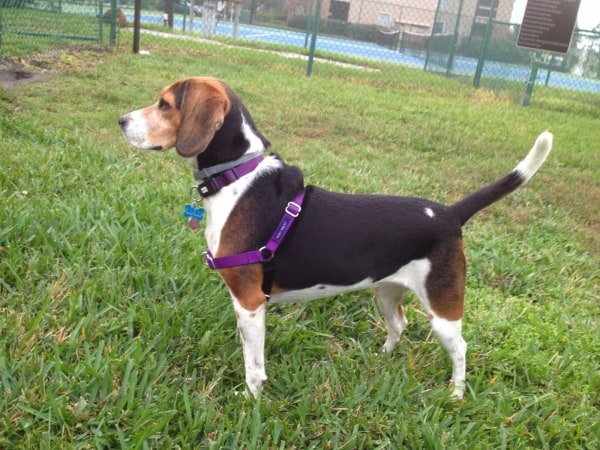 This swimmer tail is common mainly among sports dogs. In the case of water dogs which can swim very well, like the Labrador Retrievers or Chesapeake Bay Retrievers, it works like a rudder that controls movement during swimming.

The swimmer tail is generally thick and has a size that’s dependent on its owner’s overall body size. It is also heavily furred with a blunt tip. 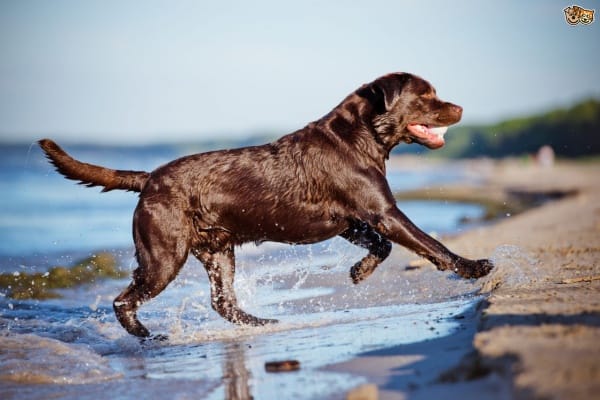 Certain dog breeds that come with a swordtail are Great Danes, Greater Swiss Mountain Dogs, American Staffordshire Terriers, and some breeds of Pointers. The tail gets its name from its sword-like appearance when sticking straight up. 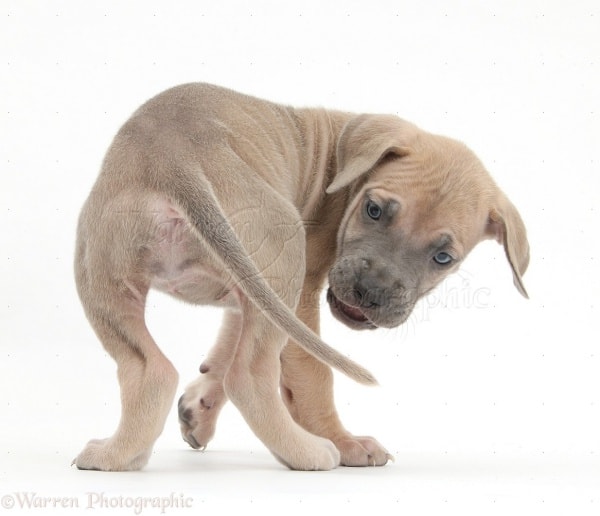 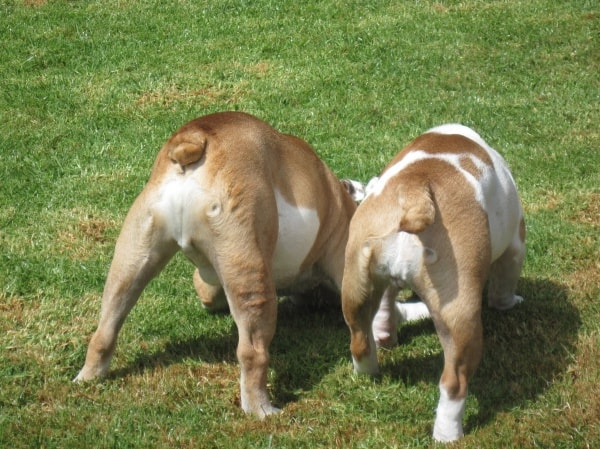 How Can I Identify the Breed of My Dog?

Unless you’re a dog expert, it isn’t always easy to tell what the particular dog looking up at you is. Fortunately, by looking at the following body parts, identifying the breed of the pooch can be easier:

What Breed of Dog Has Zig Zag on Tail?

Some dog breeds that can have hackles or zig zags on their tails are Mastiffs, German Shepherds, and Belgian Malinoises. These zigzags can run from their shoulder blades or necks all the way to their tails.

What Is a Saber Tail?

Saber-shaped tails are those possessed by working breeds like German Shepherds, Border Collies, and Belgian Malinoises. These tails are long and held low when in a neutral position but also change position, depending on the dog’s feelings. Other breeds that have this tail are English Setters, Dachshunds, and Dalmatians.

The Importance of a Dog’s Tail

Dog tail types can give you an idea of the lineage of the dog. If you want to learn about the ancestors of your dog breed, its tail shape gives you an indication. Though whatever the case, all dogs are good companions and love their owner.

So, whatever breed your dog is, just give him love and he will return it unconditionally. Regardless of dog tail types, a dog is man’s best companion and could remain that way for as long as the human race continues to survive.