Home
Knowledge Base
Nine Animals That Are Colored In Strange Hues 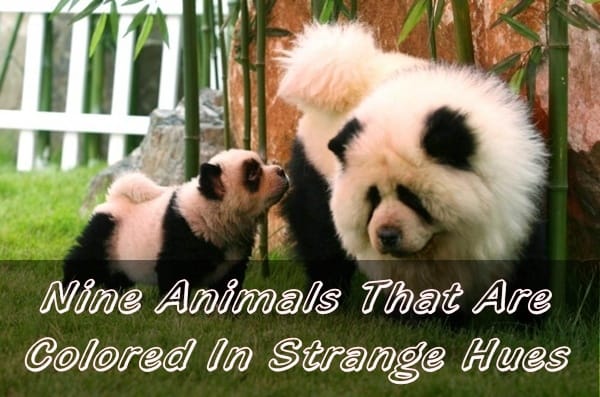 The world is full of strange and wonderful things many of which we are not even aware of it. And when sometimes when we come across something that is not the norm that gets us thinking about all the contradictions and weird things that nature has going. Like for instance take strangely colored animals. It is true we have heard of the white peacocks, or the seven colored cockatoo or the white tiger or even some albino pigmented animals or the white elephants that are so highly priced.

But these strangely colored animals we are talking about here go beyond that. These are not the kind of animals that you can see when you walk into a zoo. We are talking about really strangely colored animals that are not to be seen on a general basis. There is the orange alligator or the purple polar bear or the tattooed pigs and things that are really strange and unique.

Have you heard of an orange alligator?

Apparently a lady of 70 years in Venice came across one when she was coming back from work. She was so stunned to see the strangely colored alligator that she went back for another peek and took a picture of it which she gave to the news station. 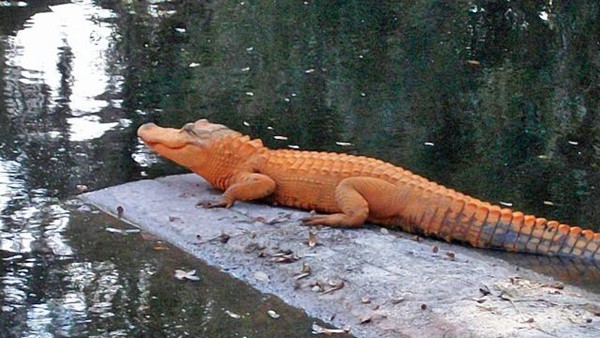 Once she did that she even talked to a biologist who is of the belief that the alligator was half albino. Gary Morse who is from the Florida Fish and Wildlife department believes that this coloring could be due to environmental causes. 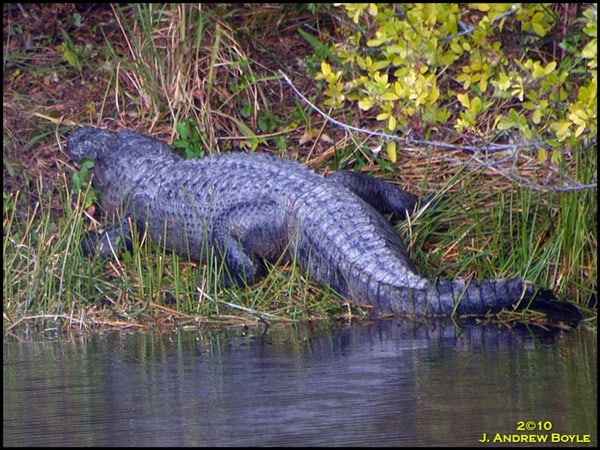 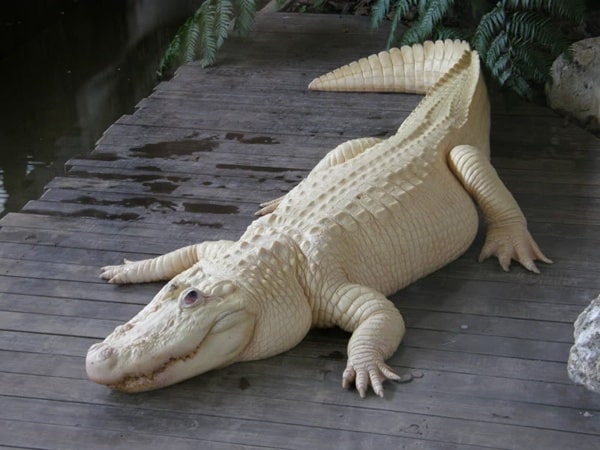 Apparently the strange coloring on the usually white polar bear in the Mendoza City Zoo created a buzz. Apparently the change in coloring was due to some treatment that the animal was being given by officials at the zoo that turned the color of the bear temporarily to purple. 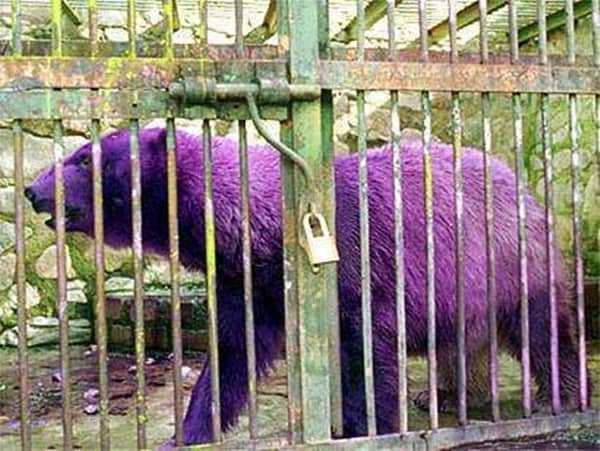 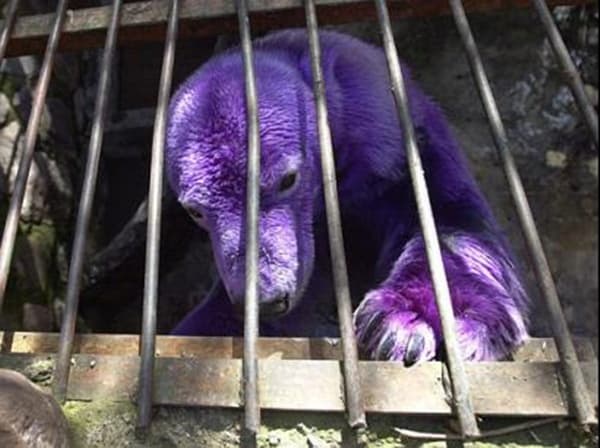 Next comes the Spider man like colored lizard and no the image is not Photoshopped at all. It is now quite the craze to have the agama in a combination color of bright red and blue. These lizards are from Kenya and very flat headed and tend to be really good at being handled. They live off a diet that has crickets, meal worms, locusts and wax worms. They tend to change color as per the conditions. 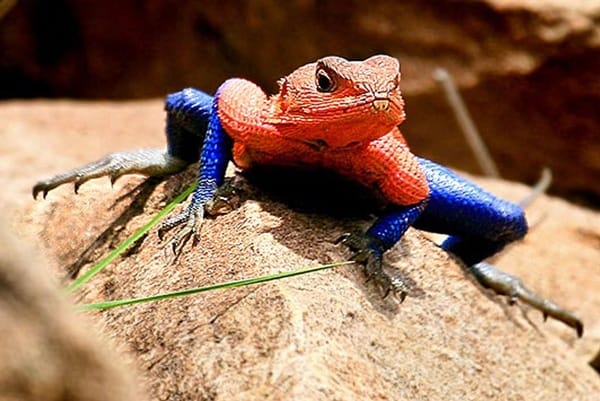 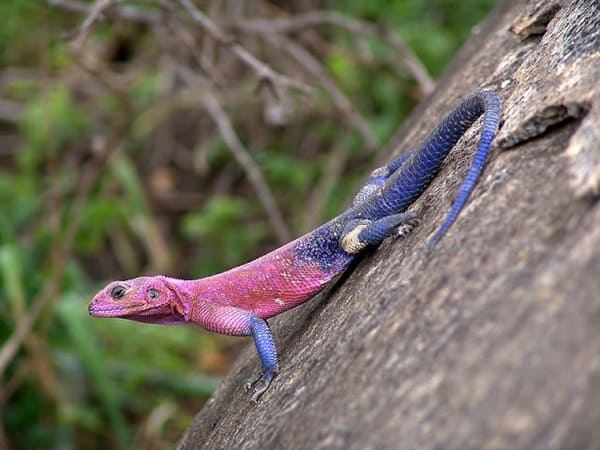 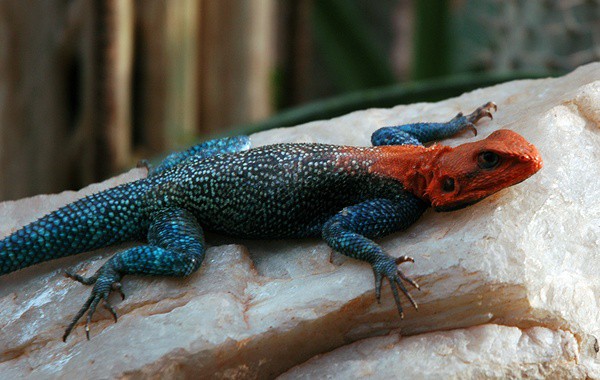 Here comes the pigs with tattoos

Yes you heard it right. Wim Delvoye has been putting tattoos on pigs from the 190s. This was apparently a project that was started in the Art Farm in China as there are lesser restrictions there with regard to the handling of animals than the west. In the year 2005 Danny Devos and Delvoye actually stayed several months in the farm while managing, rebuilding and reorganizing. The many tattoos here include the traditional like flags, lions to new age things like Louis Vuitton. Once the pigs are no more, the skin is taken and used to display the art. 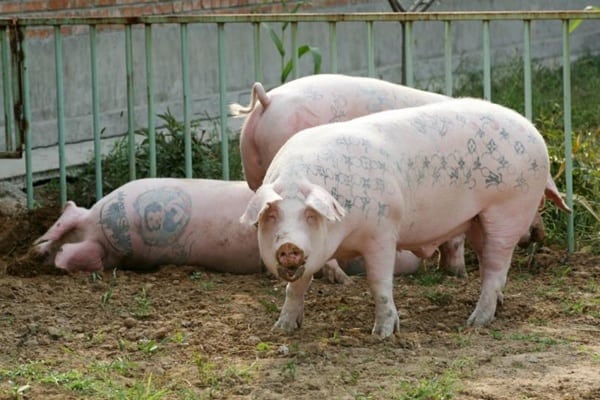 The flamingo tongue snail is quite colorful and resides in the Caribbean among the soft corals. The snail has a layer of mantle tissue that it uses to cover itself which is really colorful. 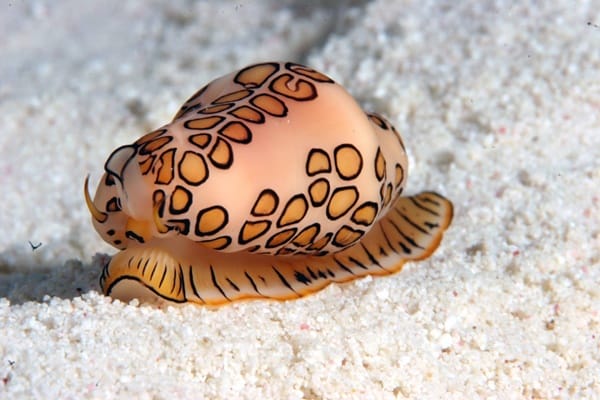 Normally you find that insects tend to meld into the background so that they can survive. It is this very characteristic that makes the pink katydid even more rare. They turn up at places like Osaka which is really nontropical. It has been speculated that their unique color is the result of the genetic condition erythrism which shows red coloring. 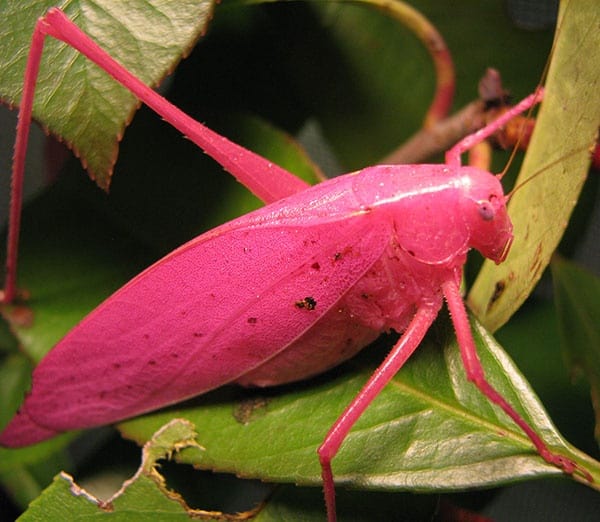 The Mandarin which is a medium size duck has a colorful looking male. They have red bill, a reddish face, a big white colored crescent above eye and whiskers along  with purple breast. What is more the flanks are ruddy and it also comes with orange sails in the back. 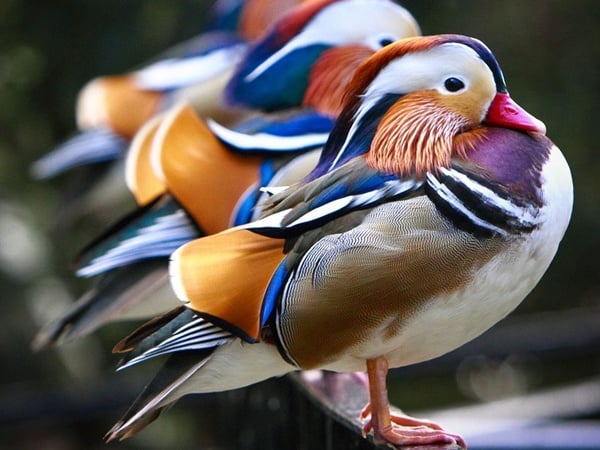 The Panda dog is the invention of Kensuke Hirakawa who is a beautician and also a former owner of a pet store. He found Colombo, a Maltese cross poodle that had been abandoned and that too after the tooth had been removed. Add to that the dog had a stiff hind leg and eyes that were stained with tears. The use of hair dye that was safe for Puppies  converted the dog to look like a panda bear. The addition of dark circles to the white dog under the eye, hind and front legs as well as strips on the back completed the transformation. 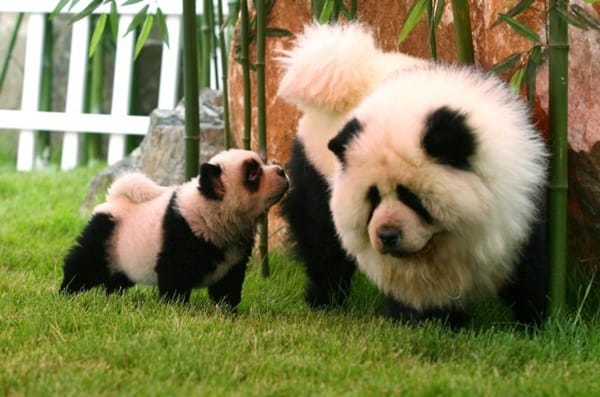 Also known as the clown frog, the Atelopes frog is a toad that is neotropical that could be found living in the Panama and Costa Rica. This is one strangely colored frog as you can see from the images. 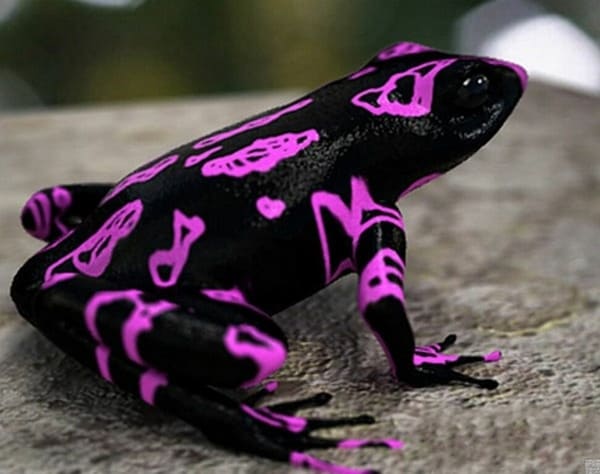