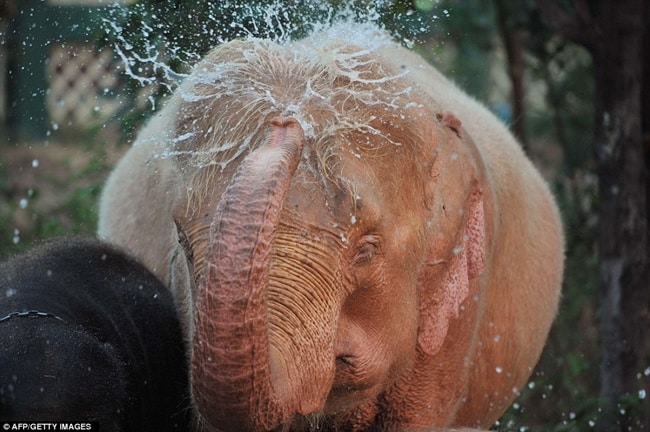 An elephant is one creature that can be described as cute in spite of its huge size. There is something so appealing and adorable about this humungous but purely vegetarian pachyderm that fascinates you. There is no way that the thought of an elephant can not bring a smile to your face. Just imagine that if this lovely and huge creature of nature could be seen in pure white!

It is like combining two great things that we all love; elephants and the color white. It is just like the way we look at the polar bear with a huge amount of adoration at its pristine white form even though we know for a fact that it is a vicious predator. There is something so fascinating about looking at an animal we love all in pristine white. 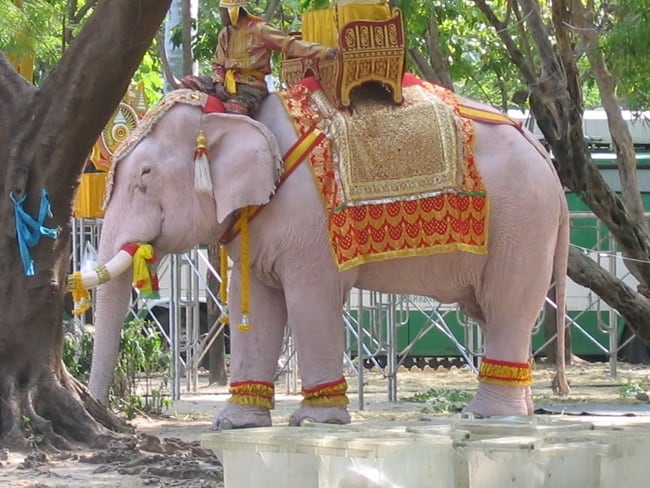 Though elephants by nature do not come in white, there have been myths and tales about this really adorable creature all in white. Indians believe that the elephant ride of the king of Gods, Airavath was an elephant in pure white. There have been tales and speculation about this mystical creature.

To add credence to these tales you have many a temple adorned with statues of elephants carved out of white marble. The rare few spotting of this much sought after creature is known to bring good luck. In Burma they believe that the rare paler versions of elephants which come under the category of white elephants are to be gifted to the royal family. 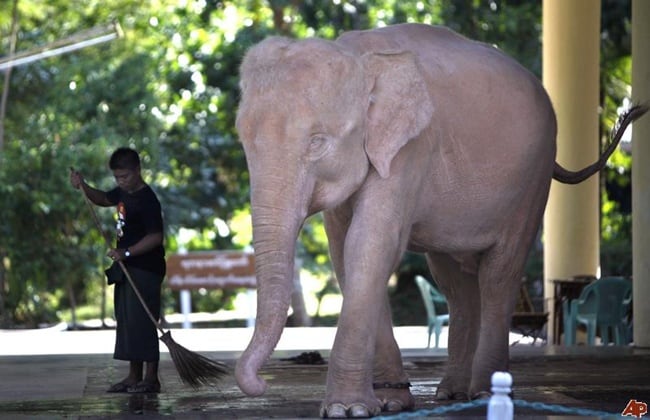 Plus the light pinkish elephants that are so revered by the royal family can also be noted for the long growth of their tusks which could be because of the care and pampering they get in the royal household. No matter what people feel or say, elephants will always continue to fascinate human beings due to their nobility, intelligence, affectionate behavior and the amazing speed and grace they have in spite of their bulk. 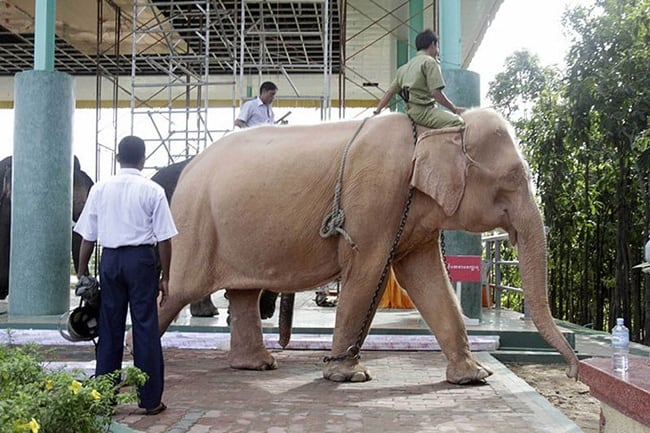 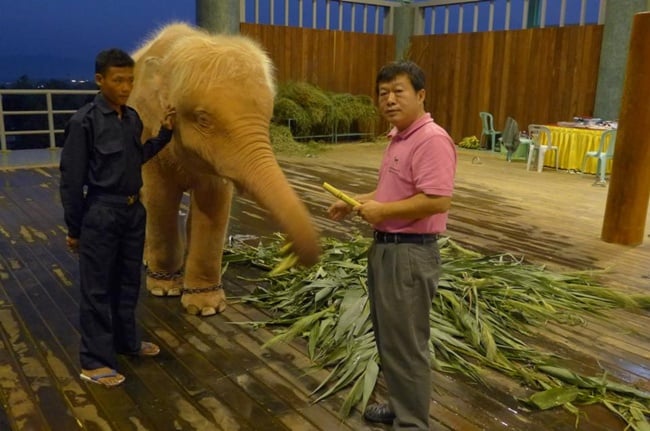 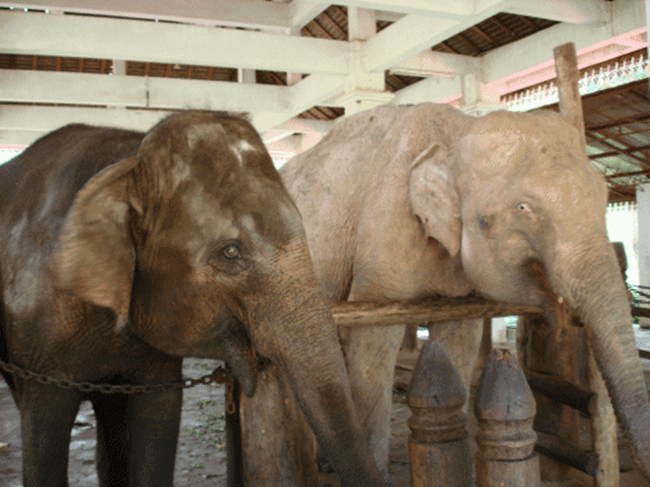 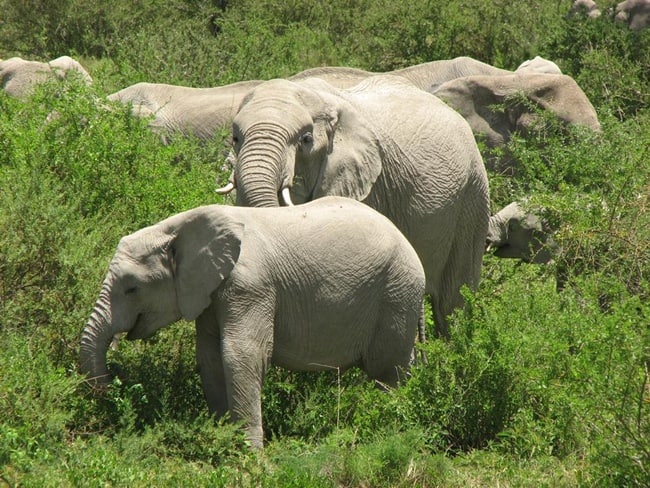 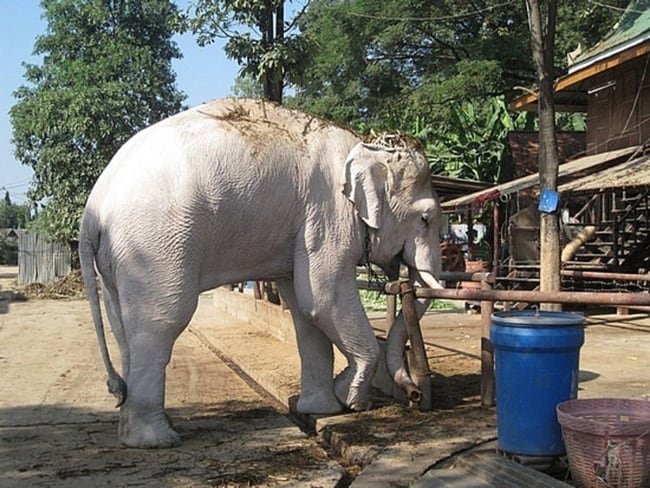 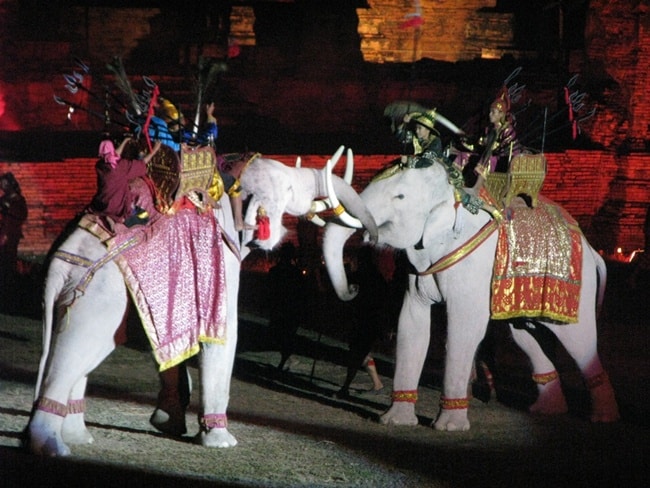 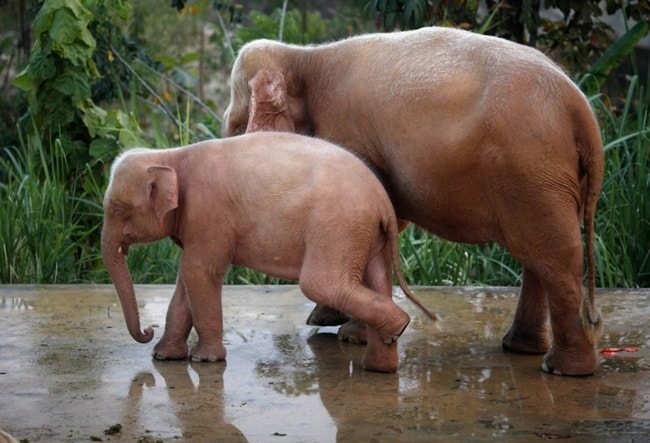 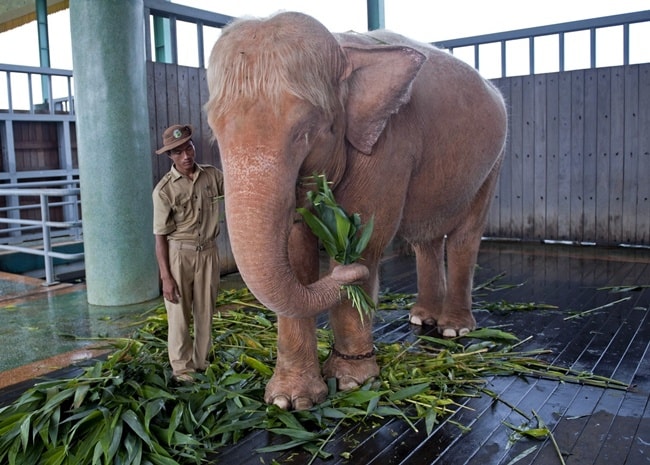 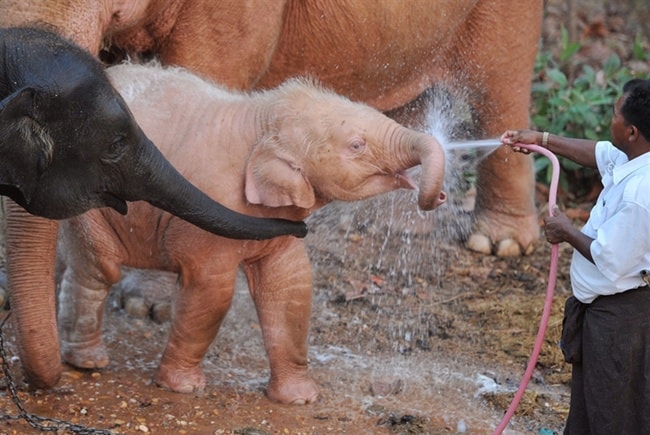 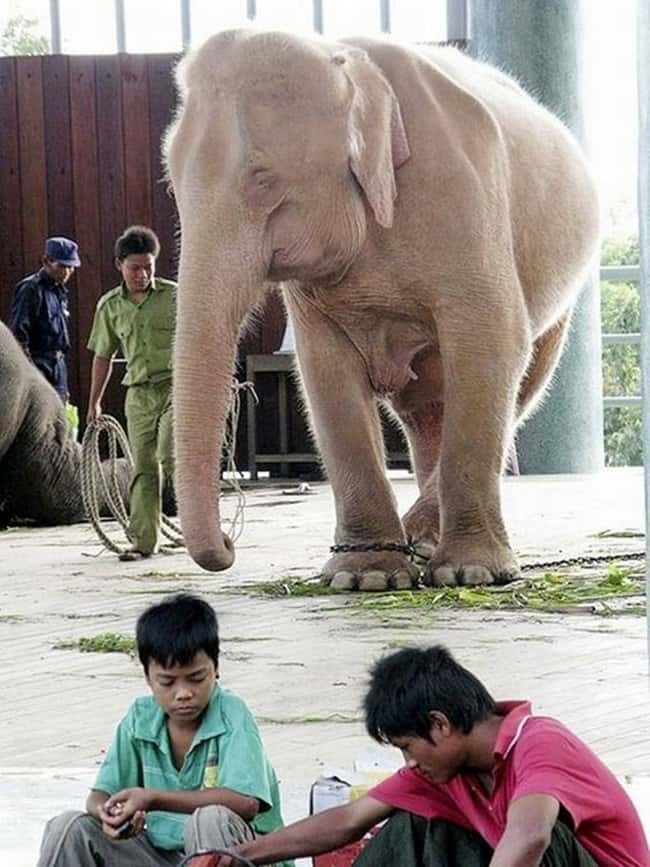 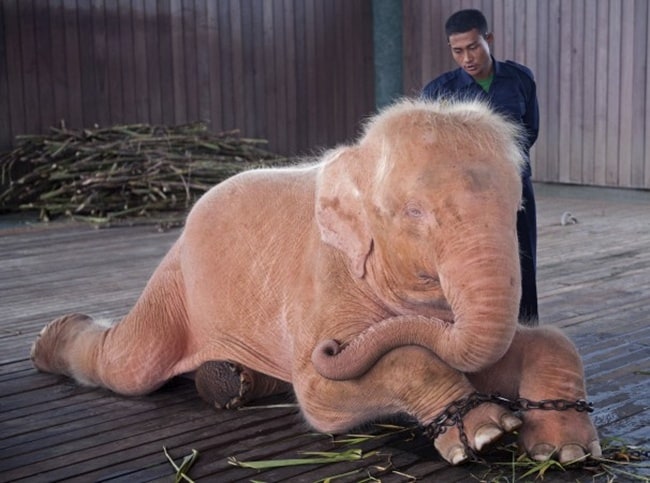 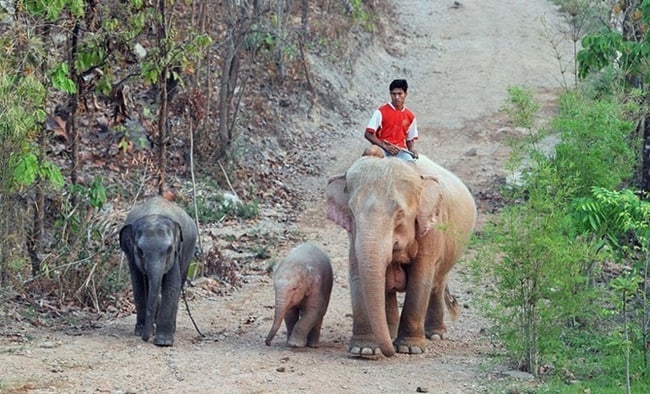 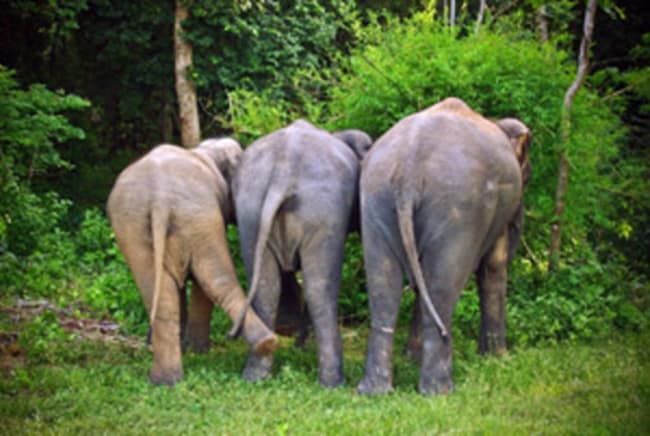