Home
Facts
Animals Vs. Olympians: Who is the Winner 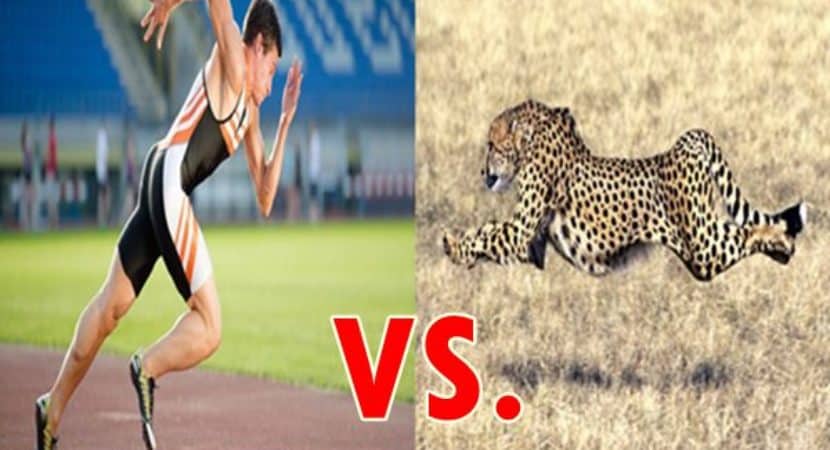 Every four years, we wait for the Olympics sensation and every Olympics give us outstanding athletes those are the best in the world. But just for some curiosity, if we start comparing these Olympians with animals, what does it result? That leaves us in a great surprise and with all the wonder, animal wins almost every category. How’s that possible? Let’s make a fantasy game between Animals vs. Olympians and see who wins the game.

For making it more interesting, we took the list of the winning Olympians in every category and the animals that fit the best in that category. So you are about to have a chilling experience of such an amazing article that will really bring goose bumps and of course a bit of respect for animals if you don’t have that much. Let’s have a look at the result. Have a glimpse of fastest animals on the earth.

Animals Vs. Olympians: Who is the Winner: 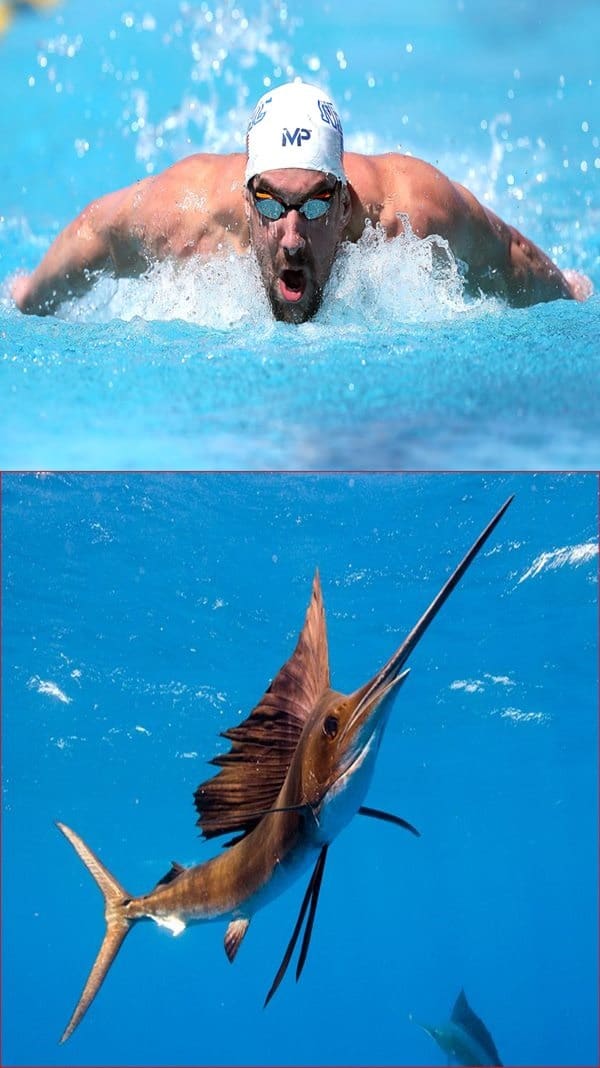 Let’s go with the swimming category first. Now, it’s almost not necessary to tell about the legendary Michael Phelps when we talk about swimming. He is the most decorated athlete of all time with a bunch of 28 medals in his pocket. It is nonetheless to say that he also holds a bunch of world records in his name. But let’s look into one of his records from 2009 which was a 100m Butterfly, which he completed in 49.82 secs with an average speed of 4.5 mph. So what do you think who can come to a competition with him? It’s none other than Indo-Pacific Sailfish who completes the 100m in about 3.29 seconds with an average speed of 68.5 mph. Not just any human can come to a
clear competition with this animal. 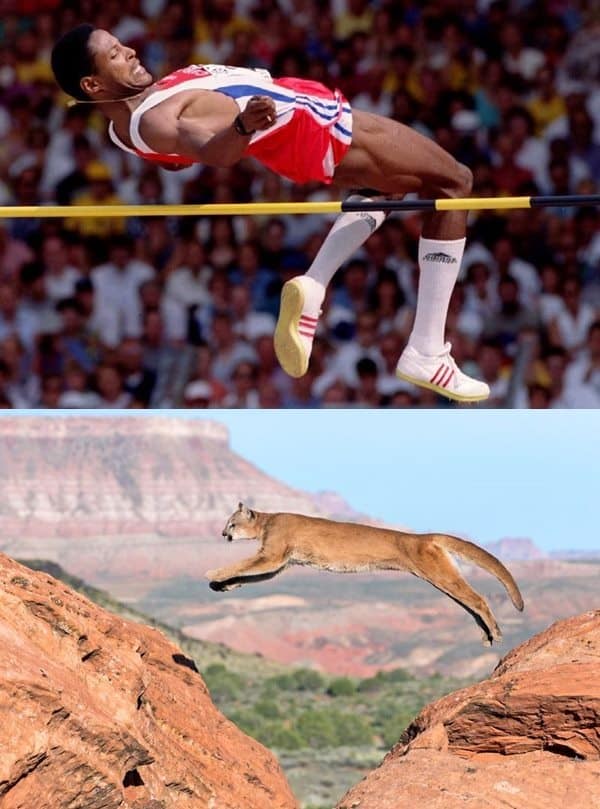 Now if we come to the high jump category, there’s no one in this world better than Javier Sotomayor from Cuba. He is the only man in the earth ever to clear 8 feet. So without any hesitation, he can be regarded as the best high jumper of all time. But who comes from the animal kingdom to compete with this jumping legend? It’s none other than Mountain lion. But sad for the readers that this time again the animal kingdom wins with glory. The high jump world record set by Javier is 2.45m in the world 1993. But the mountain lion can easily jump about 6m. So now you can obviously have a look at some amazing lion and lioness couples in the animal kingdom. 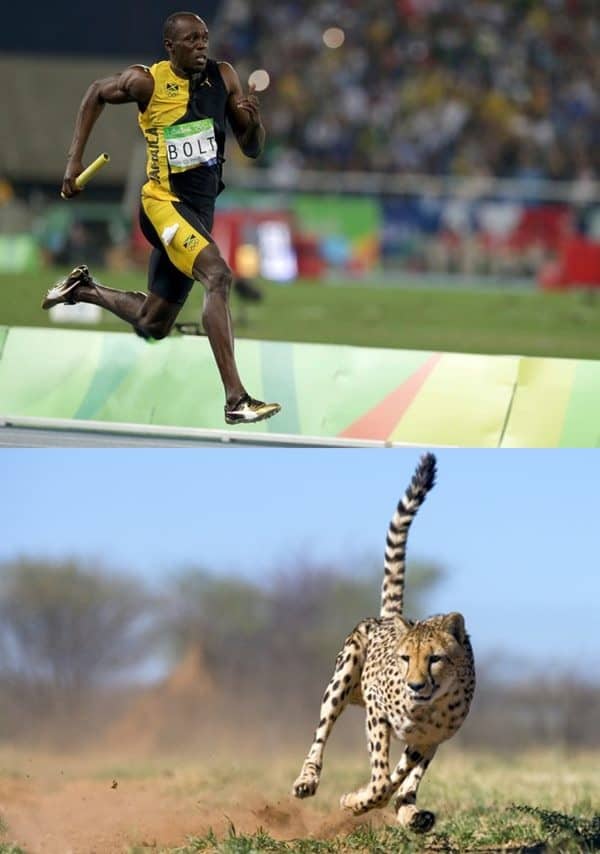 So let’s talk about the other name of run, the one, and only Usain Bolt. He is said to the fastest man on this earth. But who is the fastest animal on this earth? Yes, the only name we can think is the cheetah. In the year 2009, Usain Bolt made the world record of 200m race by covering it in 19.19 seconds with an average speed of 23.31mph and a top speed of 32mph. But when cheetah comes to the scene, it takes away all the medals being the fastest animal on this planet. Cheetah can cover a 200m distance in about 7 secs and the average speed is about 63.91 mph and a top speed of 70mph. Now it’s up to you who are the best athletes humans or animals? 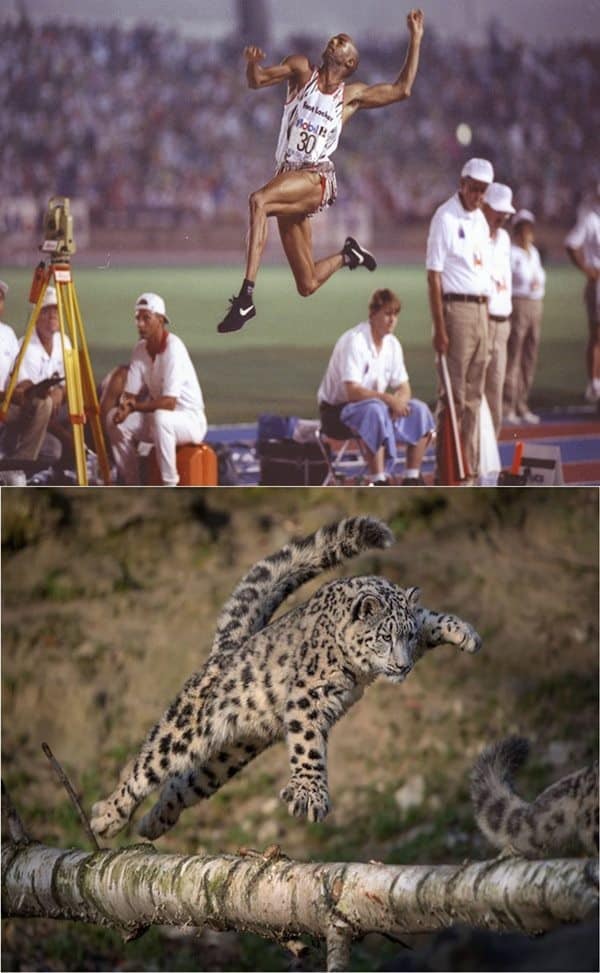 In the world of the long jump, the only name that glows with the record is Mike Powell. Currently, he holds the world record in long jump category by covering 8.95 m, which was created by him in Tokyo World Championship in Athletics in the year 1991. Though maybe he leads among the humans, he can’t get a success within animals, when compared to a Snow Leopard which can cover a distance of 15.25m with a single jump. It proves snow leopards are really good jumpers.

After all, we are the heaviest part of the article, and you can really guess that. We will be talking about the Hossein Rezazadeh who is a two-time Olympic champion and four times world weight lifting champion. Yes, without any doubt, he is regarded as one of the greatest weightlifters of all time. But let’s peek into the record of this outstanding weight lifter. In the year 2004, he made a record in clean and jerk by lifting 263 kgs. But who can compete with this heavyweight athlete? You are about to guess that is one and only elephants. But this time also animal kingdom wins the race with an elephant carrying about 500 kgs. Here are some pictures of the protector of forests.

There’s nothing to think animals weakest than the humans. The result is clear to you all in the fight above between Animals vs. Olympians. They are many levels stronger than us and can easily perform many things that are almost impossible for humans. So it’s beyond our imagination. When it comes to agility, they are always the best. Wildlife is packed with great agility.