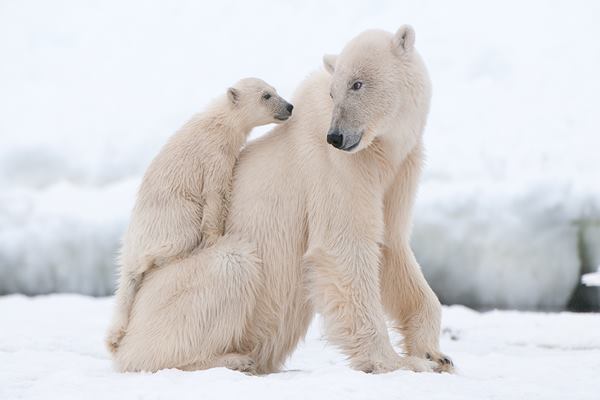 So are you guys ready for an icy adventure?

Yes, maybe it’s still summer in some parts of the world, but for sure, we have made our mind to come up with this cool article. So this time we are going far north and yes, we will be discussing about the most beautiful animal of the northern hemisphere, the polar bears.

1. Polar bears are generally found in frozen wild parts of the Arctic. So to find them you will have to go to Canada, Alaska, Russia, Greenland and Norway.

2. The scientific name of the polar bear is Ursus maritimus.

3. You should know that polar bears are the largest living carnivores in the world. An adult polar bear can measure up to 2.5 cm long and can weigh up to 680 kilograms. 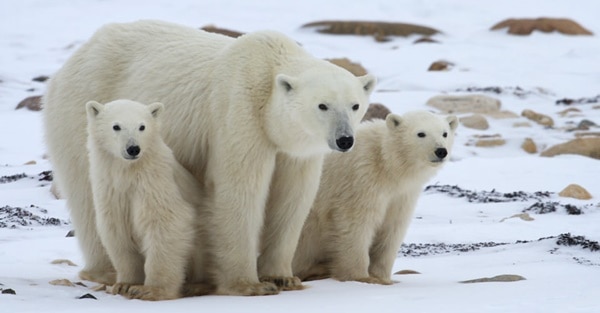 5. Polar bears have black skin, which is actually hidden by the thick white coat, which helps them to soak up the sunrays and keep them warm in the minus temperature.

6. Polar bear mainly hunt for seals as their main source of food. They have a huge sense of smell, which they
use to trace the seals from a far distance. In fact, researches prove that a polar bear can smell their prey from even 16 kms away.

7. Due to their amazing body structure and size, they can swim very well and that’s the reason they are also traced in deep waters in the arctic. They can easily swim at a speed of about 10 km/h. They mainly swim with their paws like paddles.

8. Though this animal is a good swimmer but still they are not quick enough to catch seals in water. So they normally use ice as their hunting platform. They wait near the seal breathing holes or on the ice edge to catch the seals. 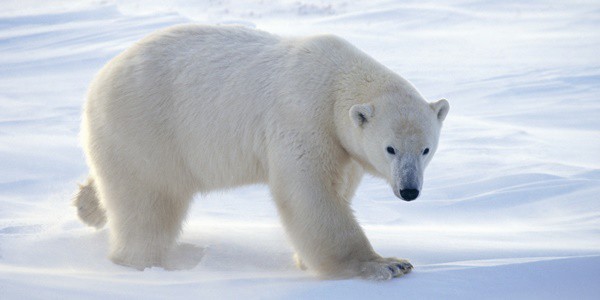 9. Another amazing fact about this animal is that the white fur we see on their body is not white. The coat is actually transparent with hollow cores, which reflects the light. This makes them look white.

10. The mother polar bears give birth to their babies during the month on November and December and that also inside the snow den. This is just because of the protection of the babies from that harsh environment. During the birth, a baby cub weighs only 500 Gms and the length is about 30 cms, which is similar to a guinea pig.

11. The baby cubs stay with their mother or about two years until they become self-sufficient and the full family emerges from the den after four to five months. During the two years, they learn everything from their mother.

12. This animal is regarded as vulnerable and their main threat is the climate change. The rise in global temperature melts the sea ice into water and again forms later for which the polar bears get less time to hunt. 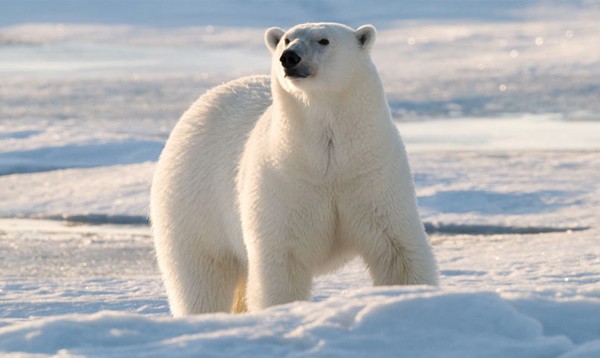 13. Humans are also regarded as one of the greatest threat of this beautiful animal. Mane made pollutions is also a cause of their death.

14. Polar bear is not only limited in the arctic and yes polar bear was the mascot of the 1998 winter Olympics which was held in Calgary, Canada.

15. According to the estimation by the scientists, there are about 20000 polar bears left in the earth only.

16. It’s very easy to recognize the gender of the polar bears. Actually, the male polar bears are larger than the females. And the females are about half the weight of the males. So you can easily which one is male and which
one is female. 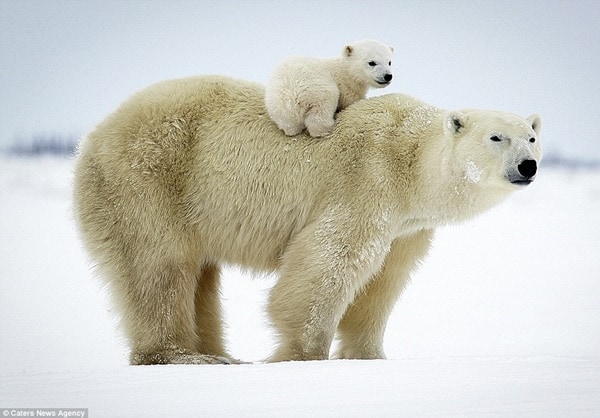 17. Polar bears have 42 teeth, which is more than the humans.

18. The liver of the seals are of special types, which helps to digest the fat they eat. Seals are full of fats and Vitamin A. But polar bear’s liver contains more Vitamin A than any other animal.

19. Polar are regarded as marine mammals like the dolphins, whales and seals.

20. Polar bears are often related to the brown bear in terms of the characteristics. 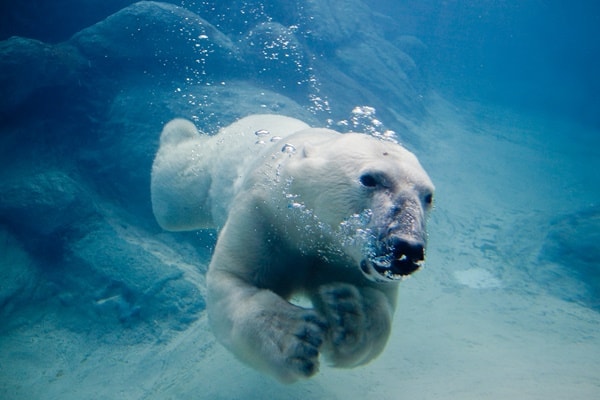 So polar bears are really the animals that humans fascinate about. May be you have not seen a polar bear, but for sure if you ever visit to the Arctic, you will have a look of this amazing animal.