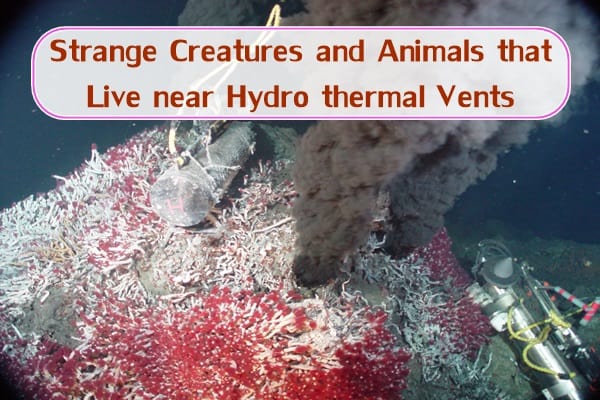 They say light was where all life began and this fact is disprove by strange creatures deep in the ocean that reside close to hydro thermal vents without light. Yet contrarily there are numerous creatures that cannot survive without light. In fact the process of photosynthesis itself that has plants use light energy to manufacture carbohydrates from water and carbon dioxide. Things that hinder this process can create harmful situations causing fungi and insects to become more prominent. 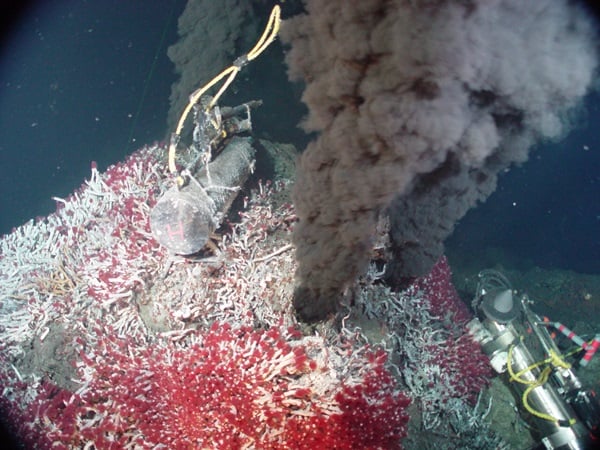 Having said that, then how is it possible for some creatures to live in the ocean without sunshine, which is what provides vitamin D, though some foods do have it too. Then what do these under sea cretins do for sunshine? This goes against the theory that all living beings need light to survive.

Galapagos’Islands: In the year 1977, two geologists went in up to 8200 feet in the ocean near the islands which are about 972 kilometers away from Ecuador towards the west. They focused on hot springs deep within the ocean along with hydrothermal vents. They found these vents and also some really weird life under the sea where light cannot be the source of life for these creatures.

You have to understand that these are places where the floor of the sea is extended to be apart by water that is super-heated and volcanic activity, with lava causing rifts to form new crust. The surrounding water that would be cold would be heated and this mingling of two extreme temperatures could cause the hydrogen sulfide to color the hot jets really black. 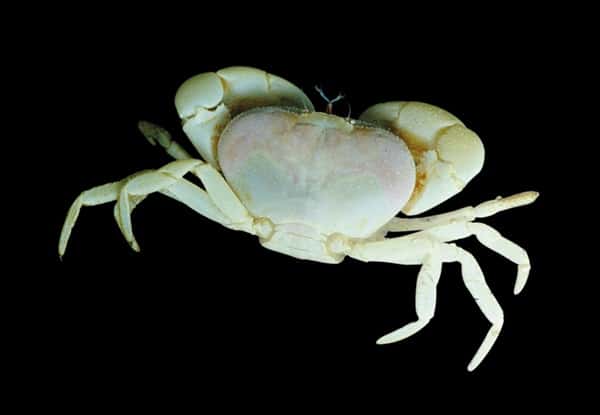 The most mystifying thing is that hydrogen sulfide is actually really poisonous to plant, animal and life itself. Any exposure even for the briefest time can make you lose your consciousness and even cause death. Exposure can result in long term or even permanent effects like reduced memory, impaired motor function, a poor span of attention and headaches. But the question is how these creatures are surviving these living conditions and that too without light.

They actually live without light and that too in toxic conditions that would be harmful to most living beings. This discovery has most scientists being confused as it goes against most of their earlier beliefs and a study is being made of how these creatures are surviving.

Giant White Tubeworms: The belief that there is no life without sunlight was shattered when scientists found they found some plant life and strange creatures like fields of giant clams, anemones, large pink fish, crabs and white tube worms that were six foot long, which had red plumes. 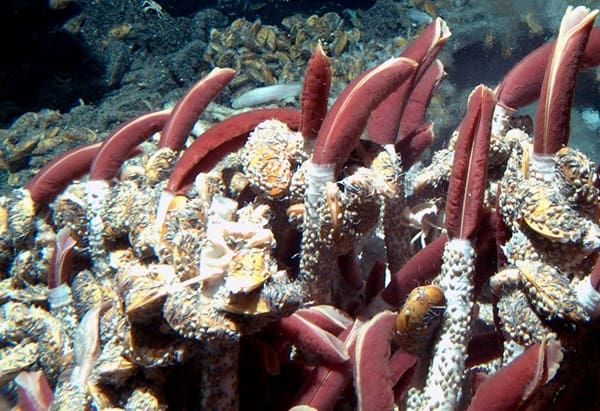 This gave birth to many queries like how could these living beings survive without the benefit of sunlight and more importantly how could they survive near the hydrothermal vents that had so much hydrogen sulfide. The thing that further confuse the scientists was that tubeworms did not have any guts, anus or mouths. Then how did they survive?

The first break in finding something about the survival of these creatures came in 1980 when Coleen Cavanaugh, a student from Harvard graduate came up with the theory that the water with hydrogen sulfide had bacteria in it which gave energy to life forms by oxidizing water through a process called chemosynthesis.

These creatures that have no mouths simply take in the nutrients absorbing it through their skin. The dissection of the tubeworm showed that sulfur crystal organ that was extended to three fourth of the body and this organ was used to detoxify the sulfide that could kill most animals.

In the beginning, this theory was not accepted by scientists as they even could not take in the idea of such creatures living under the sea. But with more study and efforts proved that the hypotheses were correct. Cavanaugh discovered 10 inch clams and mollusks had symbiotic bacteria in their gills which chemo synthesize hydrogen sulfide.

There are actually 100 species that continue to thrive without light : It has been discovered that there are as many as 100 species that live under the sea and absorb nutrients through skin. These depend on the sulfide environment and not light for life. It is not the only poisonous gas that sea creatures live on, it was found that many marine vertebrates live off methane that can be found in cold springs and hydrothermal vents off Gulf of Mexico and North Sea. 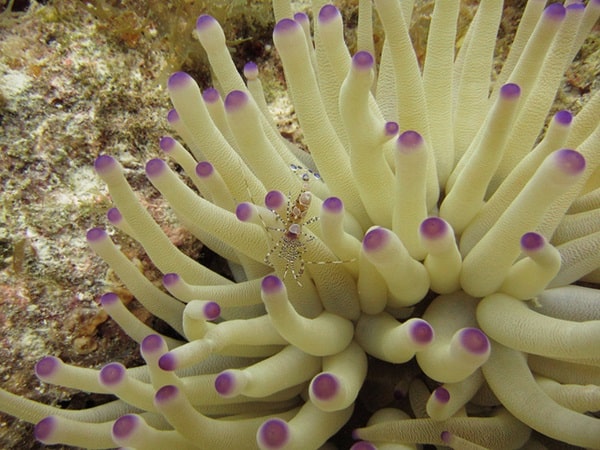 There is even belief that there are hydrothermal v vents on other planets. It was even believed that life began with hydrothermal activity. Jupiter’s moon Europa and Mars are known to have volcanic activity and liquid water beneath the surface which could mean hydrothermal vents. Is it may be true that these are causing life to be formed in these planets instead of light?

Recent findings: It has been found in 2010 that there is life in the deep sea hydrothermal vents near the southern ocean near Antarctica, where they say are the richest vents. That is in term of life like sea star with seven legs, white grey octopus, sea anemone, yeti crab and barnacles. 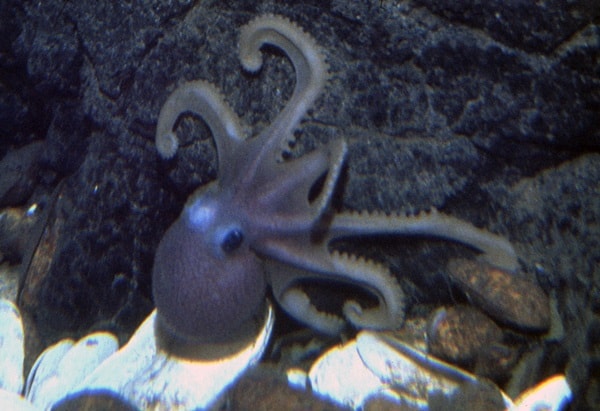