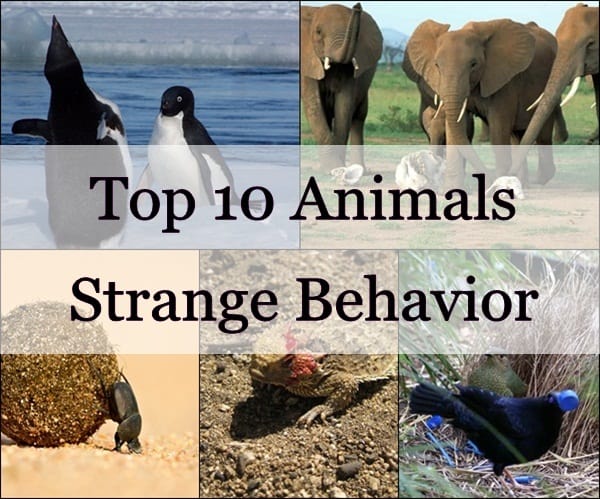 The study of the way animals behave is called ethology. Animals like their human counterparts do have some strange way of behaving – some of it from what they have learned and some that comes genetically. No matter what this behavior is attributed to, it can be really befuddling.

Given here is a list of the top ten of the strangest behavior:

These guys are weird and they tend to run backwards as fast as they do frontwards. They are ugly and are blind in the dark. What makes their behavior strange is how only the queen mole rat is allowed to breed; she keeps other females from breeding by pushing them around. This makes them give out hormones to keep them from being able to procreate. 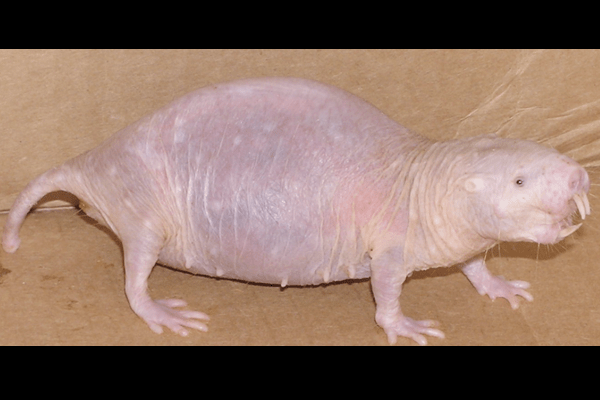 # A Bowerbird that likes to do up his home:

These birds love to decorate their nests. So much so that bowerbirds even tend to wreck the other nests around so that everyone will look at his home. They spend hours looking for things to make their nests look pretty and impress a female. They even go as far as to pilfer other bird’s nests. They go as far as to go for a particular color theme. 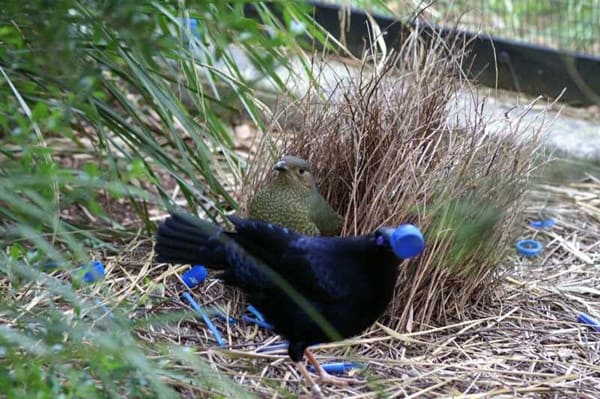 # Going cuckoo and letting others do the mothering:

A cuckoo bird does not bother to build a nest of its own. Instead it will spend time looking for nests that are temporarily not occupied by a bird. She will either lay them there or transfer them from elsewhere. She will even go as far as to pushing the other birds out once they are hatched so that her offspring get a lot of care and attention from the foster parents. 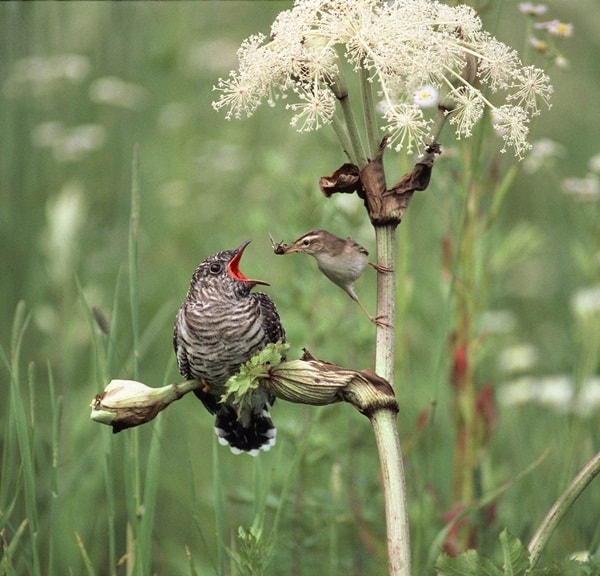 Yes! They do, the female of this species will fake her orgasm to indicate that the mating is over and to get the male to ejaculate before the time. It is strange enough to imagine a fish having an orgasm but to fake it to make the male believe that the mating process is over is simply bizarre. 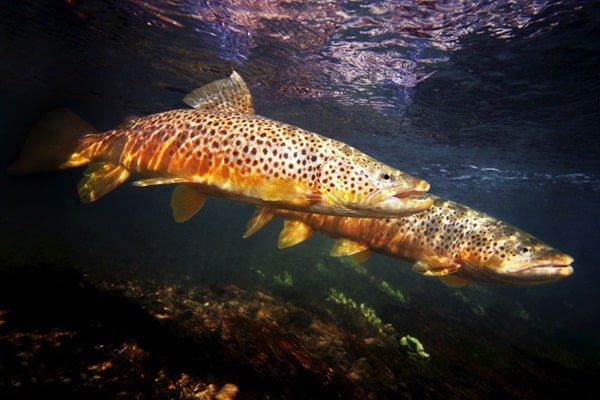 Female Zebra Finch actually lay bigger eggs when their mate is not all the attractive in a bid to ensure that the offspring gets a better shot at life. 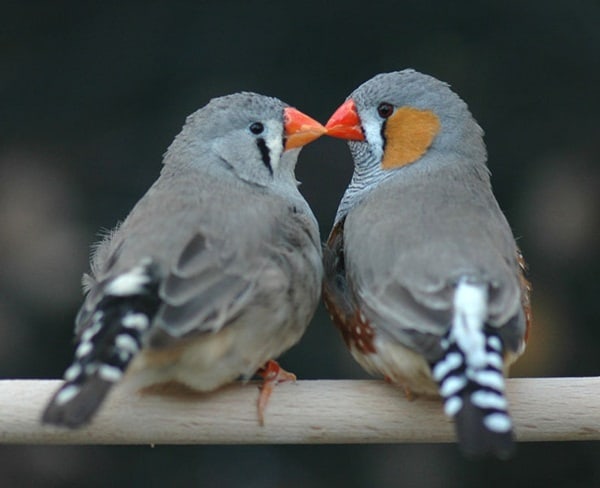 These penguins roll a stone to the female of their choice and then they dance together. Isn’t that cute? The female dances belly to belly once she approves with the male. They even go away from the crowd to carry on mating. 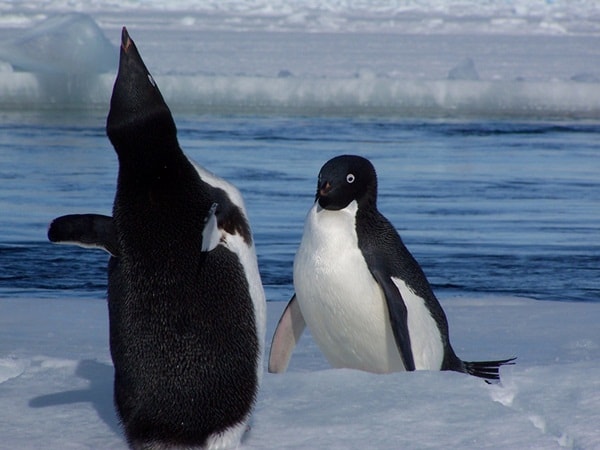 These creature literally make their eyes pop up and spew blood that stinks when they feel intimidated. The sinuses spew blood as far as 5 feet. Though not harmful as such, it can be really intimidating. 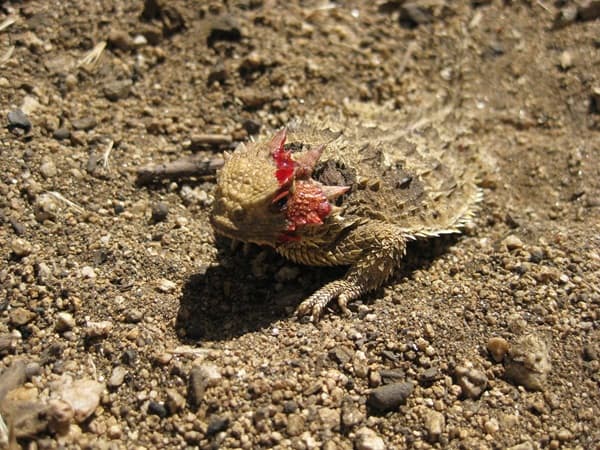 When an elephant or a herd of elephants come across the bones of another elephant, they take care to look at it and studying it. They have an elaborate funeral process when one of their own dies. They will even visit the graves on a regular basis. They will cover a dead elephant with leaves and dirt. They even do this for animals that they are empathetic with like dogs. It is a touching sight to see those huge creatures exhibit behavior that points to the level they have evolved, not only mentally and intellectually but also in terms of the higher emotions. 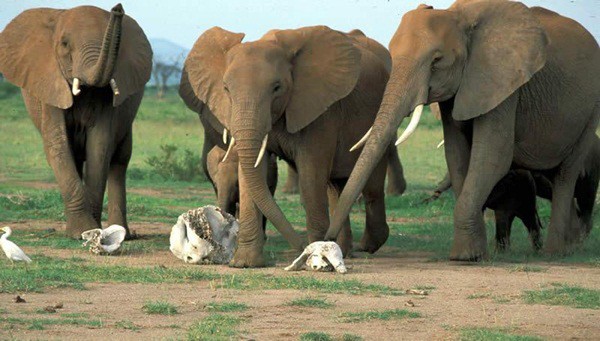 # Rolling in the dung Beetles:

They live in it, they breed in it and also eat it. By the way we are talk about dung or shit here. Not only do they all these in feces, they also go so far as to roll balls of dung while standing on their head and moving in a backward directions by the hind legs. Egyptians attribute sacred qualities to this beetle and liken it to Khepera who is the sun scarab god and is supposed to roll the sun to bury it in the evenings. 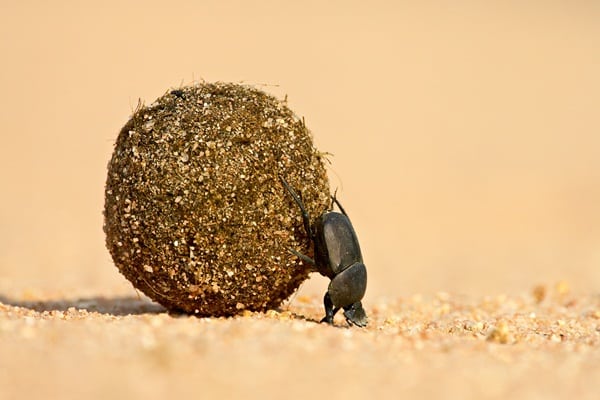 # Fencing with penises by Flatworms:

As flatworms are hermaphrodites with both male and female part, how do they decide who gets to be the male when they mate? Why they fight to be the man… with their penises. When flatworms get together to mate, they battle it out to see who gets to have the easier role of being the male. The loser in this penis battle has the more difficult task of having to develop the eggs and raise the small ones, as the female. Even flatworms seem to know that being female is tougher than being the males. The flatworms will fight this battle till one of them manages to pierce the skin of the other one. 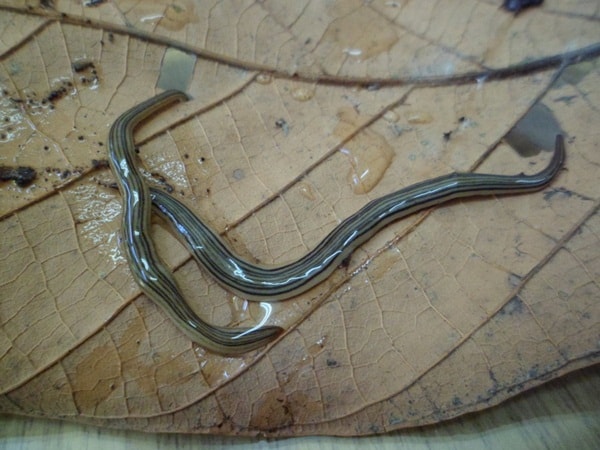