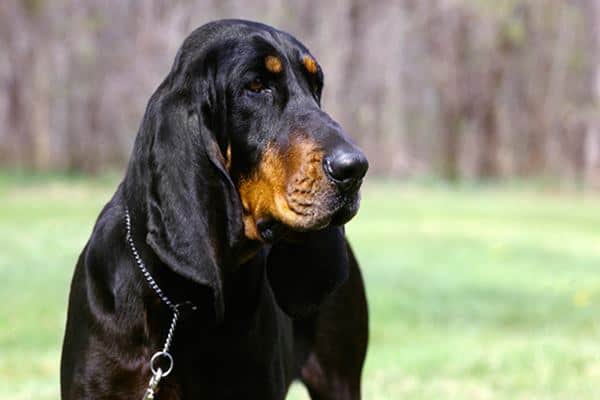 When you look at a dog what is the first thing you notice about him? The first thing which attracts all the attention is his ever-appealing eyes, with his coat being a close second.

Then, his happily wagging tail, isn’t it? But if a dog owns such long ears that they are enough to cover his full face, then those ears are going to snatch all of your attention towards them. Yes, dogs with big ears are a true delight, especially when they have a silky coat to boot!

Dogs with big ears are famous for their “it’s all about ears” appearance. And why wouldn’t they be when that’s basically all you’ll ever notice about them.

So have a cup of coffee while we give you a rundown of these big-eared dogs that also make excellent family pets. Of course, we want to be clear that long ears have their specific function. They aren’t just for making these dogs look beautiful; that’s for sure.

Long-eared dog breeds mainly belong to the hound ground, which is predominantly bred for hunting. Ears are to these breeds what short snouts are to French Bulldogs.

One of the very famous long-eared dog breeds is the Bloodhound, which obviously falls under the scent hound group. They are among the primitive hunting dogs who hunt with the help of their powerful sense of smell. 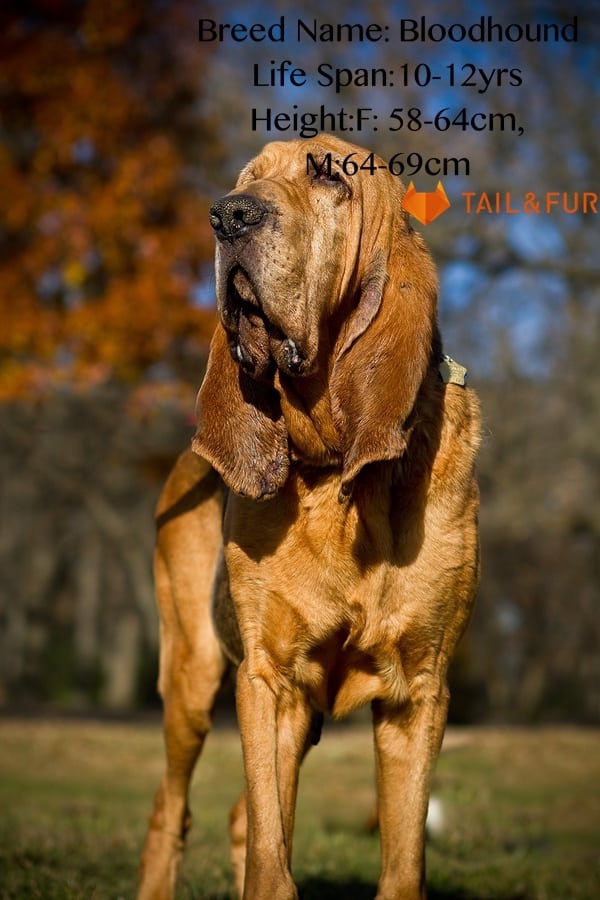 Their ability to smell really well is the reason they were used as tracking dogs and also the reason why people with a good sense of smell are likened to bloodhounds. What is more, they are also known to have the ability to discern the smell of humans from other smells. 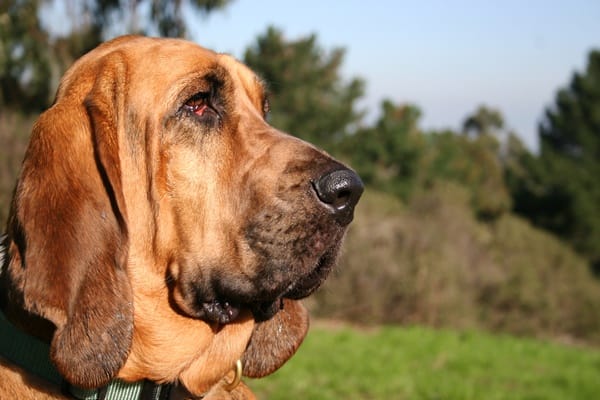 Bloodhounds have a rather large bone structure and most of their weight is concentrated in these body parts. However, due to their very tenacious nature of being one-track minded when it comes to tracking the smell they are following, they may pose some obedience issues. That said, this hasn’t deterred people from branding them a popular family pet.

Basset hounds may not have a luxurious coat, but they can make you fall in love with them easily. This is part of the reason for their appeal in the show ring. 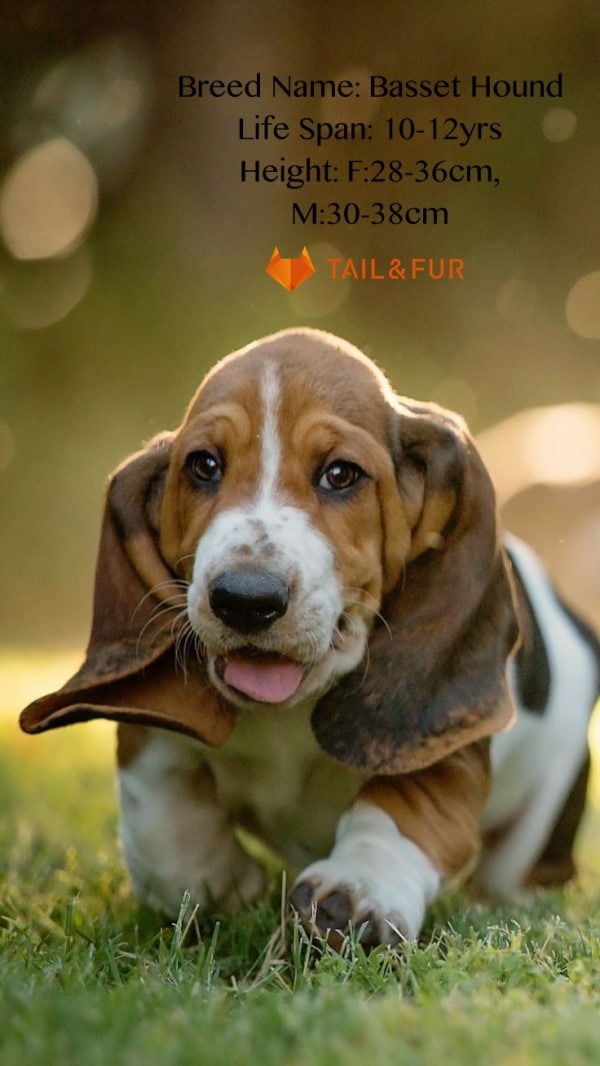 Their presence and long ears are sure to catch everybody’s admiration. Their ears are also too big for their body, which makes them extremely cute and high on the list of popular dog breeds. They are mainly native to France and are well-adapted to apartment living. 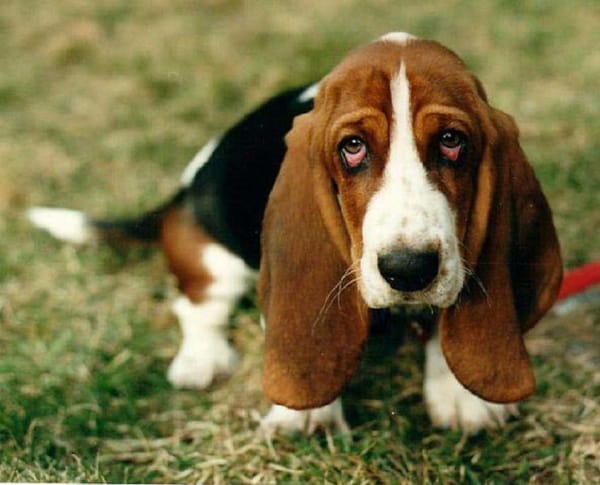 Sometimes people confuse basset hounds for beagles. Although they might look similar, you can easily tell them apart with the help of a little research. The basset hound is a great apartment dog, especially when you have limited space. Though make sure you work on training them because that’s when they become the best home companions.

This breed also hails from the hound family where long ears is a common feature. Though their ears are so elegant and furry that it can be hard to distinguish them from their furry bodies. It also has a beautiful coat that you can’t help but notice. 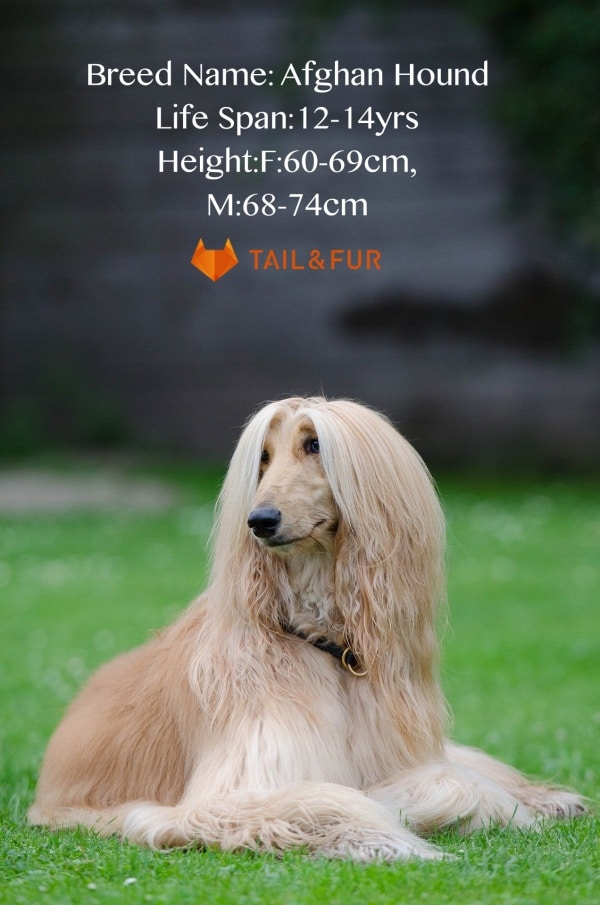 They are native to the cold mountains of Afghanistan from which they are named after. Because of their unique appearance, they have been used many times in many animated feature films and TV shows. Do not be drawn into believing what their ladylike appearance seems to suggest, because the Afghan can be extremely playful when it wants to be. 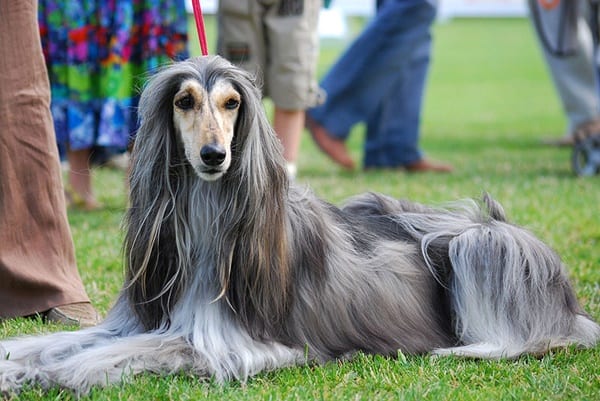 You’ll need all the best dog tools to take care of this popular breed, because it is both high-maintenance and energetic. It’ll also need daily exercise to maintain good health.

Despite being dogs with big ears, you can count on this breed to be great exercise partners, show dogs, and home companions.

It’s a cross between Bloodhound and Black and Tan Virginia Foxhound. Being native to the United States, this breed is very popular in chasing raccoons entirely by smell. Many homeowners consider it their favorite breed. 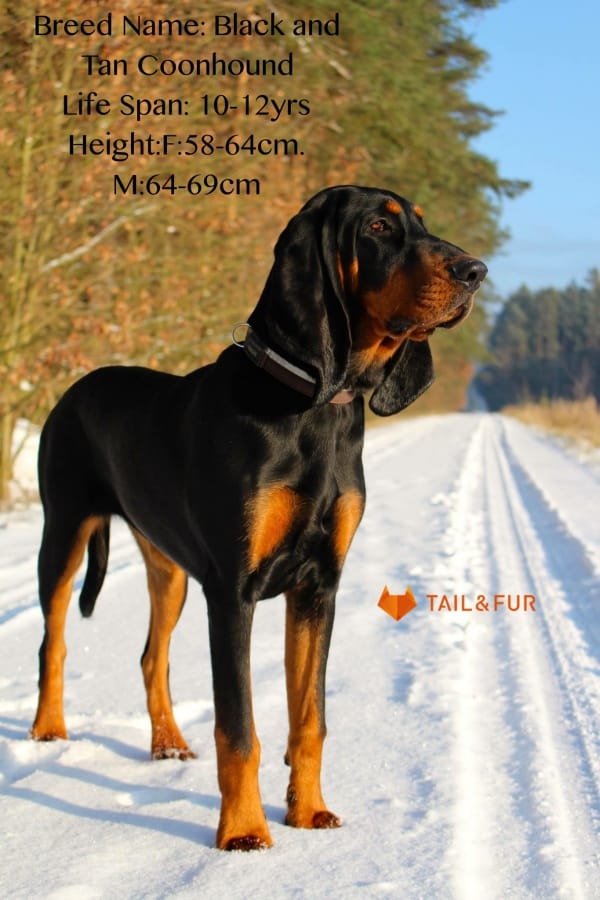 Up to this day, a Coonhound from Colorado named Harbor set the Guinness Book World Record for the longest ears (12.25 inches for the left ear and 13.5 inches for the right one). This mellow and playful dog is a great pet to have indoors but may not be the best choice when you have a very playful child around. 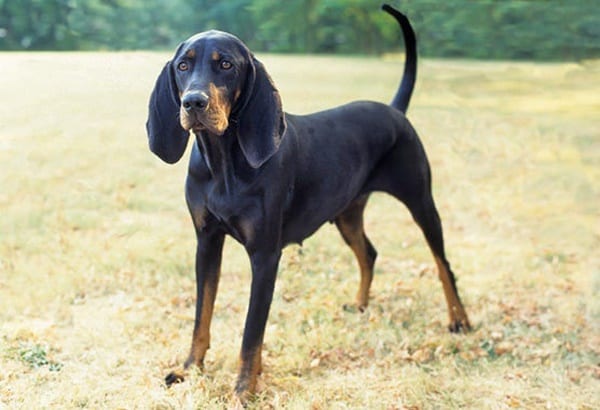 You should also remember that the black and tan coonhound can be a difficult dog to deter when it gets on the track of something. With the size of the ears, it definitely earns its place on our list of dogs with big ears.

The Spaniel family makes its debut in our dogs with big ears list in the form of the Cocker Spaniel. 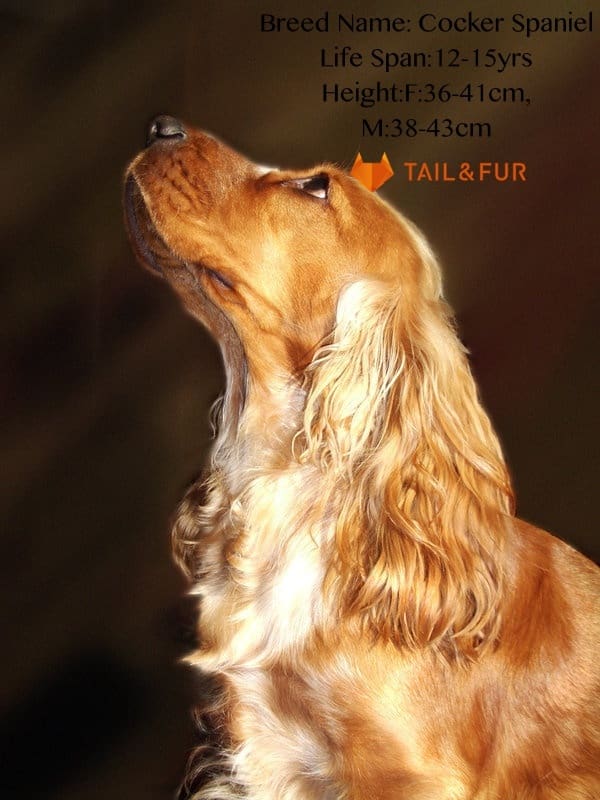 This guy from the Spaniel family owns cute, long, velvety ears, which are the cuddliest you will ever set eyes on.These dogs make for great pets, but they are very sensitive to loneliness and are in their best mood when around family members. 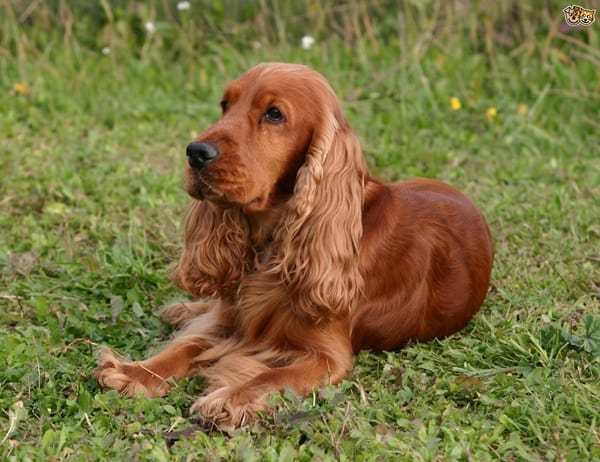 Their very floppy ears make the cocker spaniel cute and adorable. Though they can be prone to health challenges due to this part of their anatomy. Their long ears can create an atmosphere that encourages organisms to grow and cause problems.

If you just bought or adopted one, keep an eye out for that expression of discomfort that tells you your dog is experiencing something. This could help ensure that problems are sorted out before they become serious.

These are large breeds with equally large hearts and wiry coats. Their floppy ears, while huge, fit them perfectly and are the perfect addition to their huge mass. They have this scruffy look going on that makes you want to tackle them to the ground and hug them endlessly. 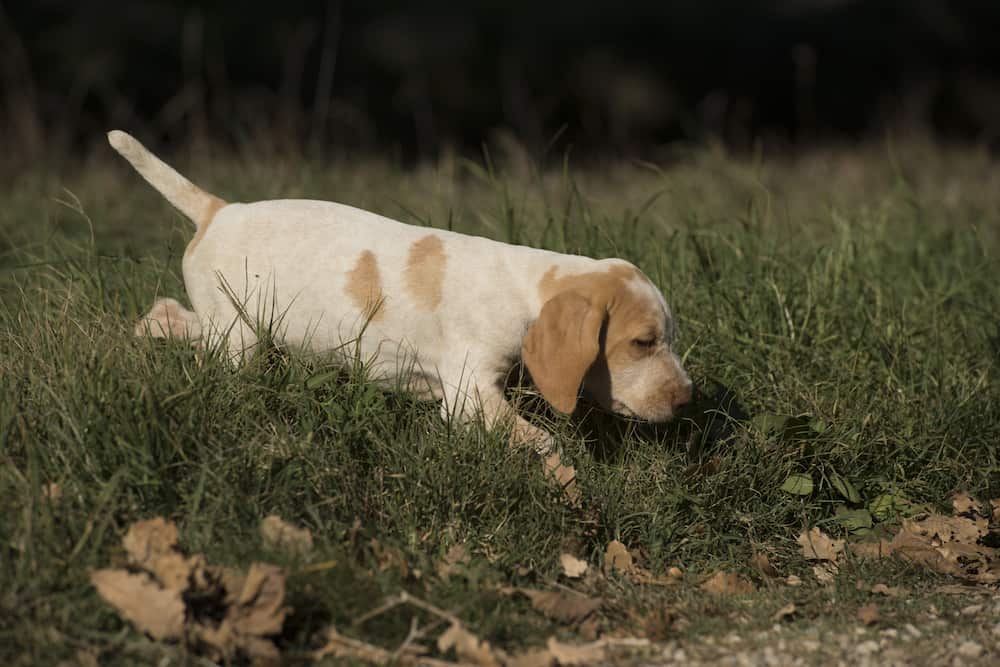 That said, you also want to be careful, as they hold a hold of power in their muscular bodies. These are very loyal dogs that are great around children.

This is yet another gorgeous breed with big, velvety ears. They are known as the supermodels of the dog world, as evidenced by their unique set of features, which happen to include their above-average-sized ears. They have this sophisticated appearance that makes you just want to look at them all day. 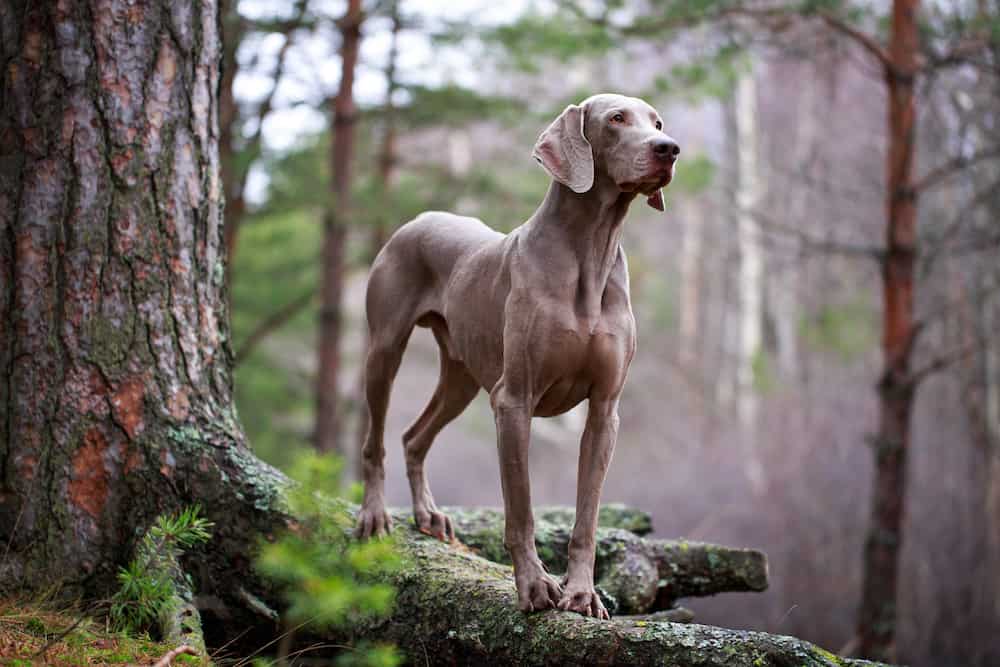 The downside to owning these dogs, however, is their hard-headedness. They can be the most stubborn dogs and can be difficult to train.

6. English Cocker Spaniel: This active dog breed from the Spaniel family is again an example of dogs with long ears. They are well known as ‘working’ dogs.

They can be taken as lovely companions for their playful and cheerful nature. 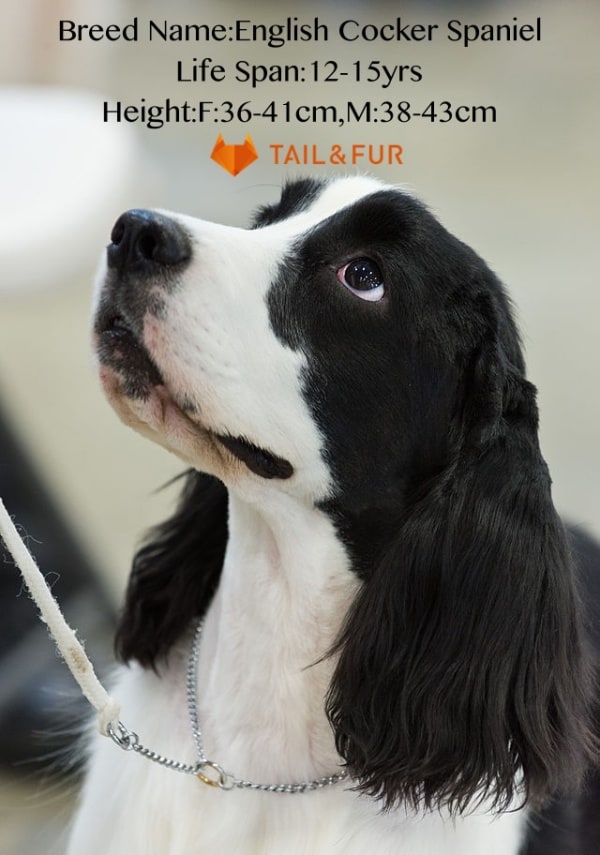 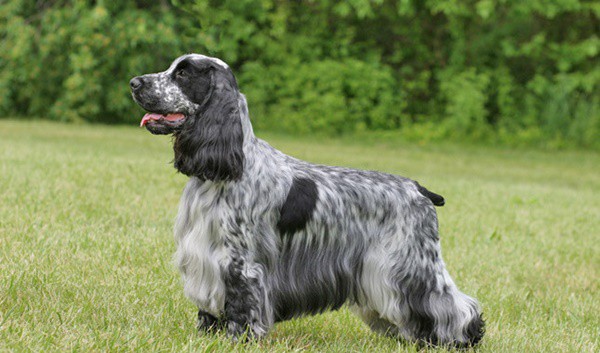 Which is why you should be well-versed in how to give your cat or dog a pill as the case may be. It is an investment that will pay back really well given the kind and compassionate nature of this breed of dog.

An Irish setter is elegance-personified with its long limbs, neck, head, ears, and body. Literally, everything about this canine has length and sophistication. And let’s not forget its fur because it truly is a thing of beauty, feathering across its entire body in the most elegant fashion. As it speeds off into the distance, you’ll notice its ears flapping beautifully beside its head. 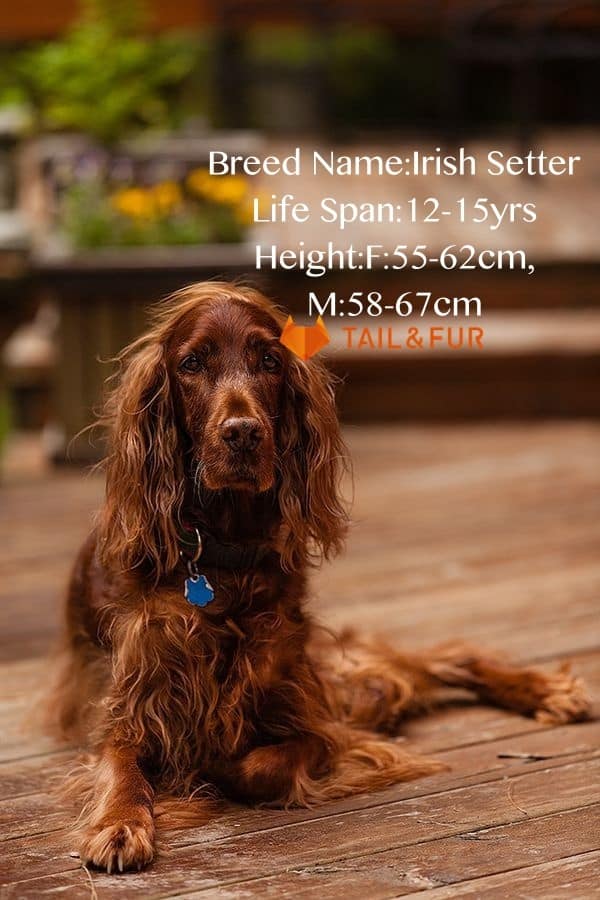 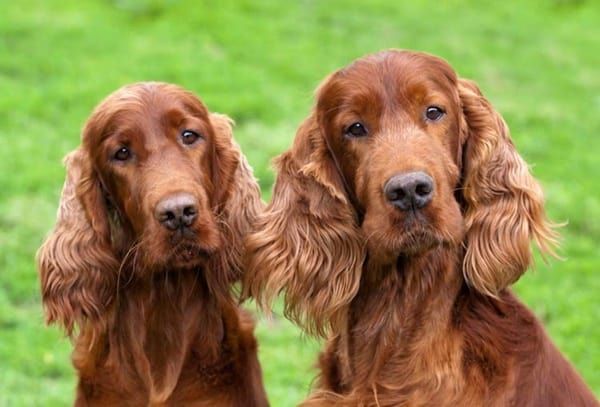 How could the Queen’s dogs not make it into our list? Coming in at number nine, the Corgi was, indeed, a close call, but it’s here nonetheless. Unlike the Irish Setter, the corgi isn’t tall, long, and elegant, although it does hold charm that is second to none. 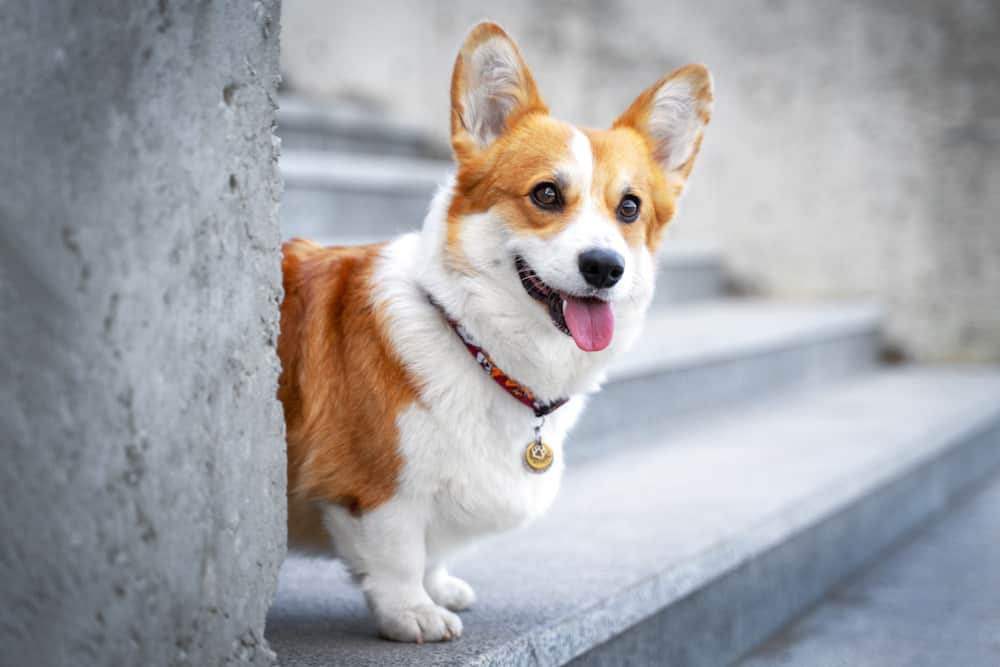 Don’t be fooled by these short dogs because they can bark just as loud as the best of them. Not to mention, they have too-big ears for their body. These hardy canines definitely belong to our list of dogs with big ears; without a doubt.

And whether or not these parts of their anatomy were huge, let’s just say they’re going to win our hearts all the same.

Here’s the Italian cousin of the Basset Hound that is its closest competition when it comes to ear size and cuteness. If you have a soft spot for dogs with big ears, then these guys might just melt your heart like butter. 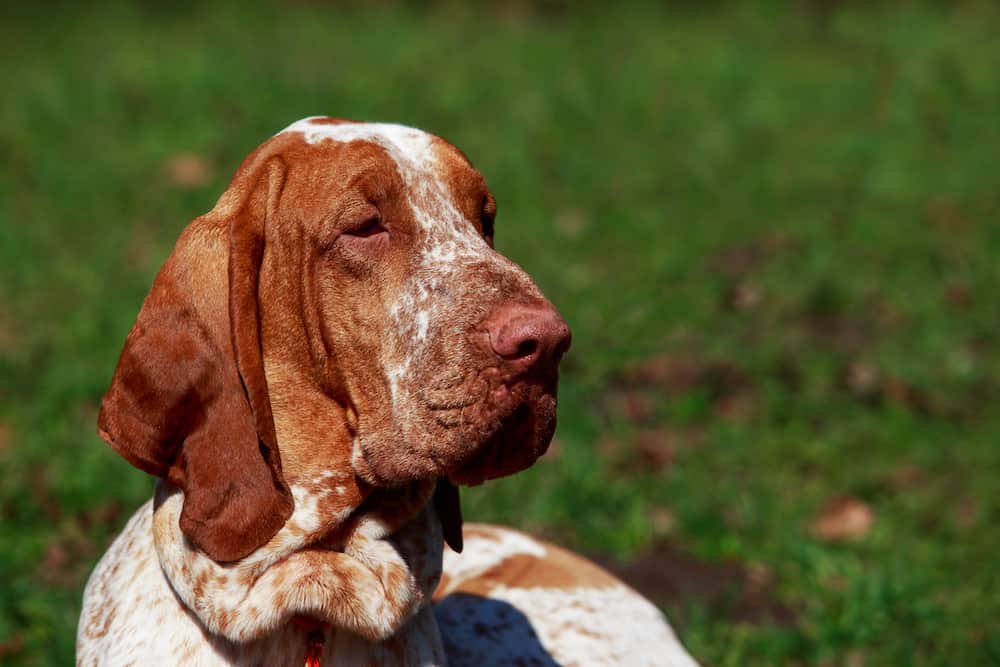 They’re powerful little creatures too, with lean muscles, a sculpted head, and, of course, strong, floppy ears that can aid them immensely on their hunting expeditions.

Dogs that have too-large ears can be prone to ear infections. That’s just the way it is with these pets so make sure to take the proper care and maintenance measures when you have them.

Dogs With Big Ears Are the Cutest

Big ears, in particular, can lend to a dog’s cuteness factor, which is why many potential dog owners tend to favor big-eared canines over other breeds. However, keep in mind that these canines might also need more care and maintenance than other dogs and are unlikely to belong to the budget-friendly breeds.