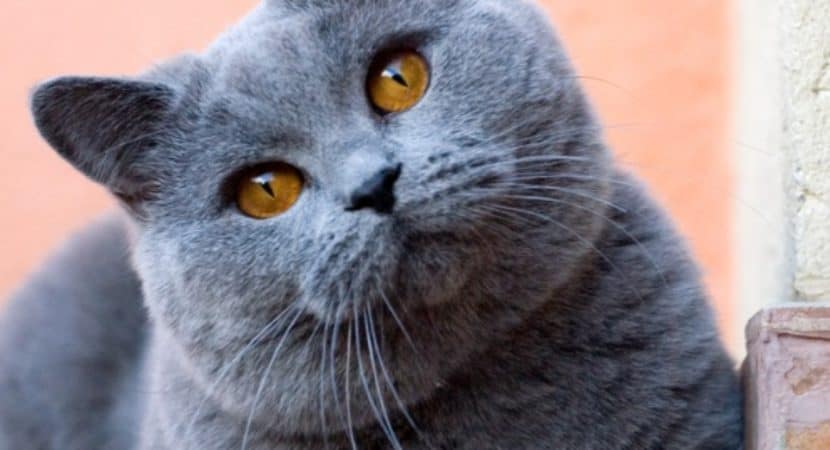 Just last week, we thought we were being ridiculous by comparing cats and their super soft fur to fabric with such as Muslin and faux fur. Today, however, we think that our obsession with cats has taken a new turn. While learning how to draw our favorite manga faces with their typical large eyes, we were triggered by an idea for our next masterpiece (Cat with big eyes).

Anime has been a favorite of people who have artistically inclined minds – and by that, we genuinely and generally, mean to complement our feline-loving public. Apparently, manga and cats do have a characteristic resemblance – their large eyes. While dilated pupils might be a way for us to acknowledge the cuteness of cats, it is another way for their system to tell us that they might be getting hypertensive. Sticking on the cutesy part, let us acknowledge 10 Breeds Of Cat with Big Eyes (that have managed to put manga faces to shame) with their hedonistic and expressionistic features. 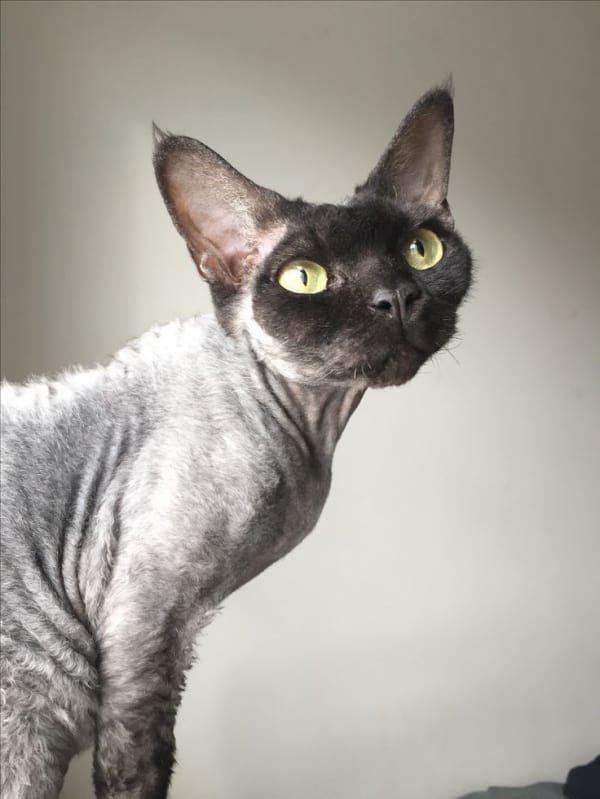 The Sphynx Cat with Big Eyes 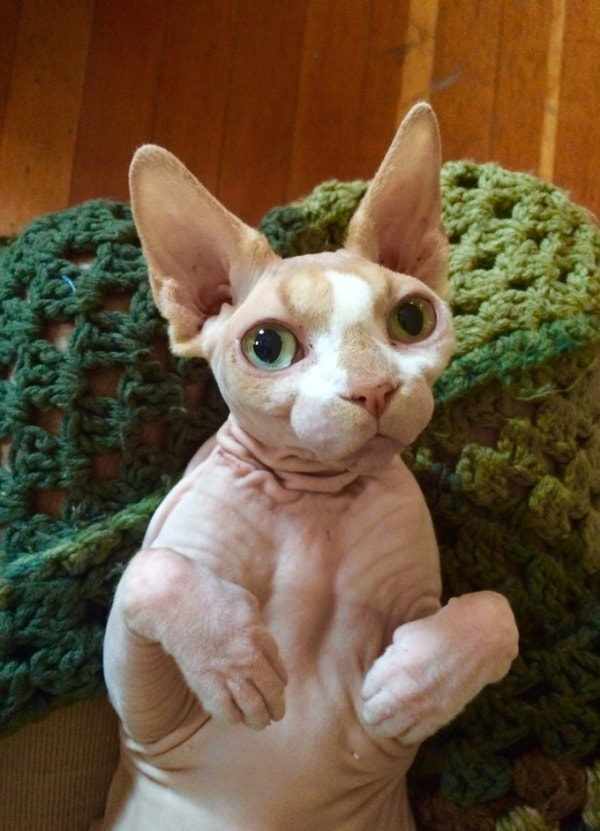 This breed includes in the list of most expensive cat breed in the world.For people who wouldn’t prefer having to clean the carpets of cat fur, the Sphynx is apparently the one they’re looking for. Apart from having big, promising eyes, the Sphynx warrants a lot of interaction with its owner and is known for running around the house and being playful. While a furless cat may have its own perks, the Sphynx may have some trouble getting accustomed to, since it can warrant a lot of care.
Average Life Span: 14 years 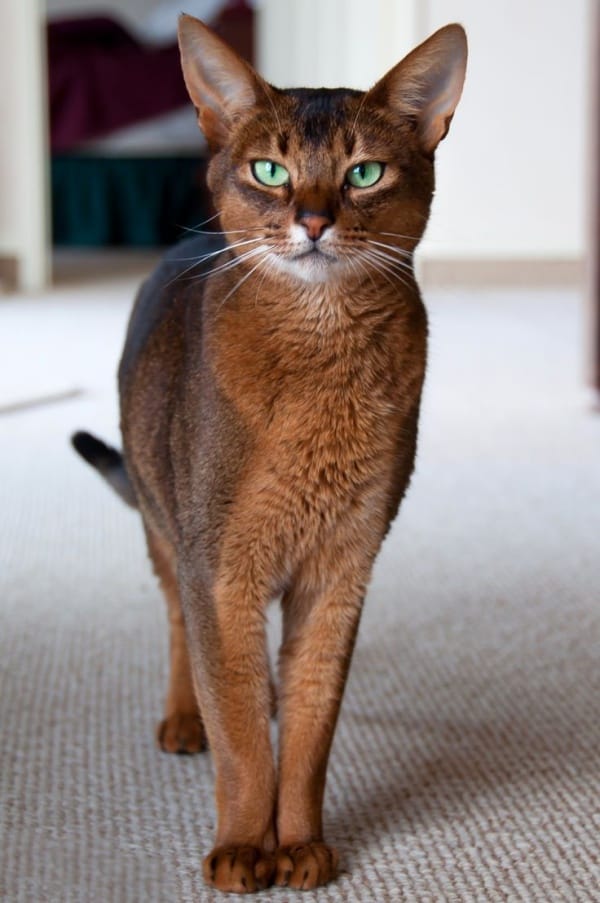 Quite like its penned name, the Abyssinian might not rely on human interaction and would be comfortable in a little quiet and peace. The Abyssinian is known to be one of the Best smartest cat breeds amongst all domestic cat breeds. Apart from its intelligence, the Abyssinian is also reputed for its sharp features and big eyes, and a sparkling tabby coat that sheds excessively, but screams of low maintenance.
Average Life Span: 9 to 15 years at most. 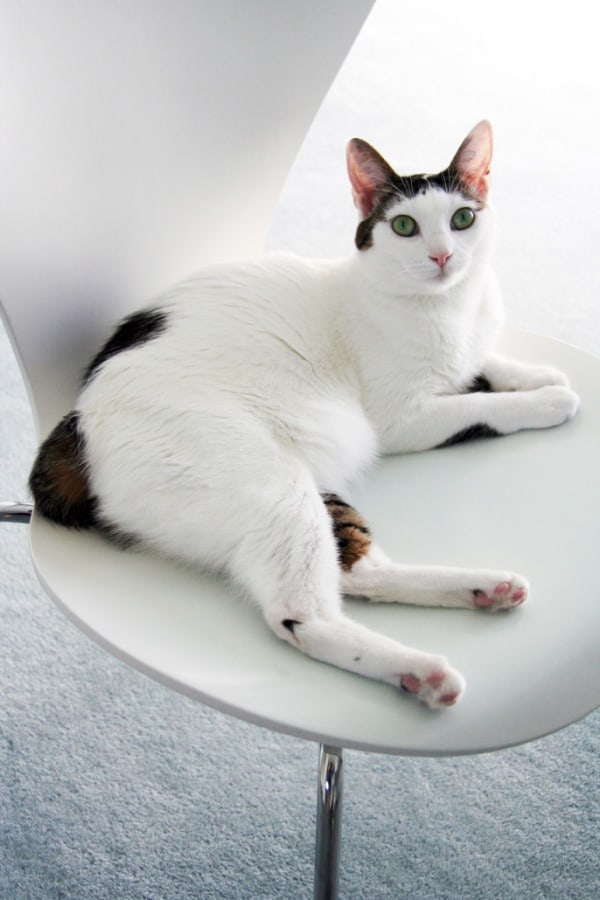 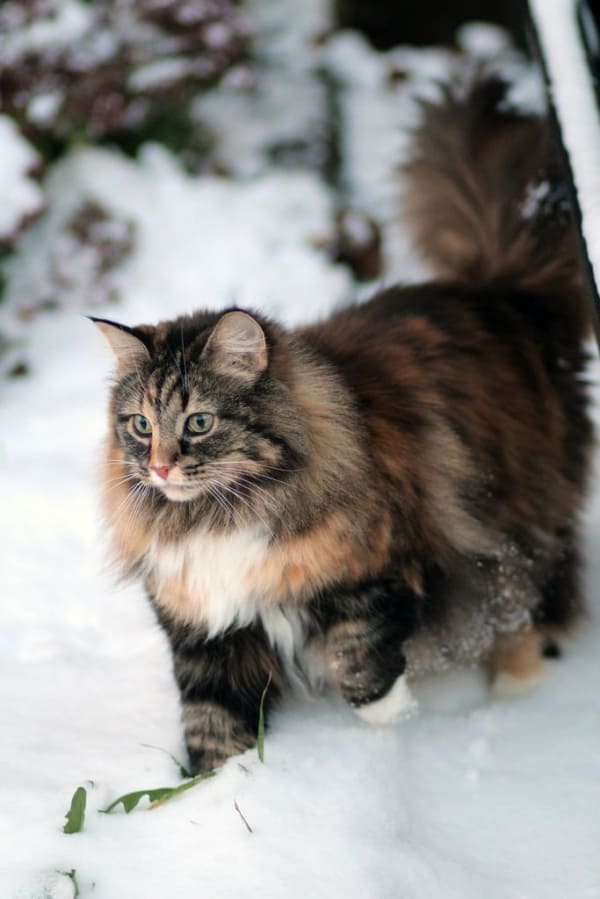 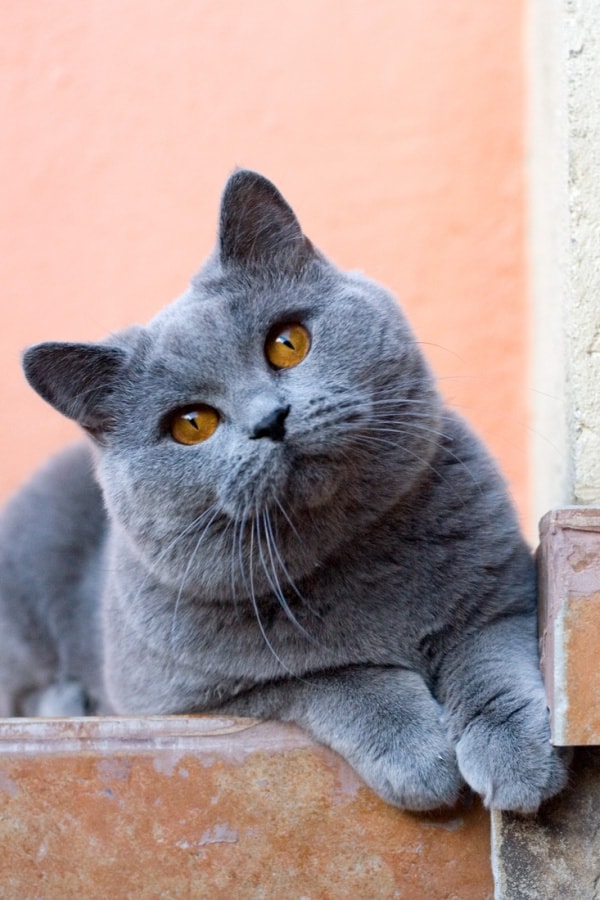 This breeds also known as most beautiful cat breed in the world.A domestic at heart, but a pedigreed on the outside, the British Shorthair owes its roots to its Roman and English class and possesses a fairly broad face with large, oval-shaped, piercing eyes. The British Shorthair might have a love-hate relationship with their owner since they love to bond but at the same time, abhor being mistreated or petted constantly.
Try to keep your valuables safe, since the British Shorthair may not pay heed to them due to its clumsiness. The British Shorthair is playful, affectionate and low-maintenance, therefore, they are ideal as pets and as companions.
Average Life Span: 18 years. 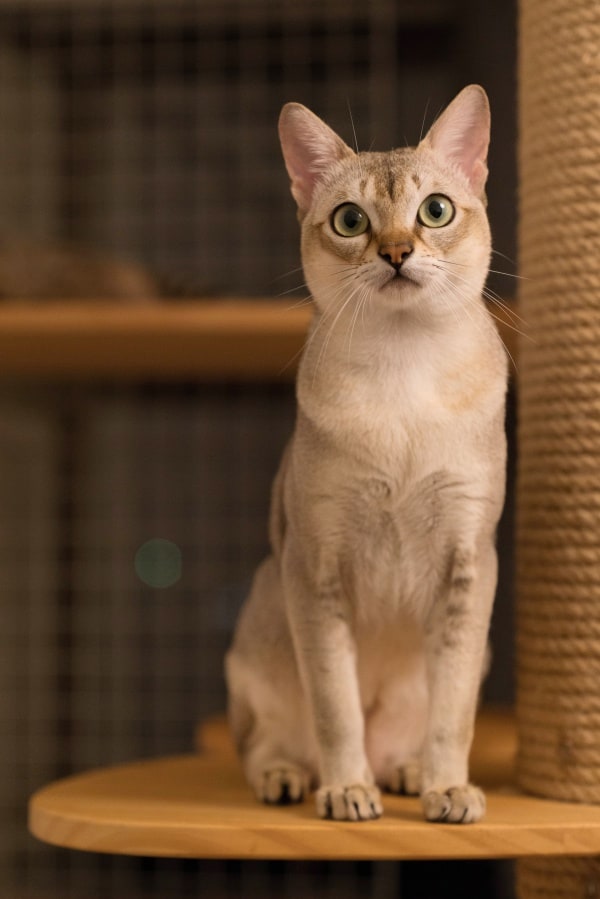 The Singapura is probably one of the most exotic and purebred breeds of Singapore, which had been imported to the US for championships and competitions in the late nineties. It owes its characteristic appearance to its large, round eyes, which have made the pedigreed quite popular amongst children and adults likewise.
The Singapura has a muscular body, which can achieve its maximum length in the first two years of its life. It has a characteristic ticked coat, which is brown in appearance and thus responsible for its uniqueness. The Singapura is attributed to possess intelligence, with affection for its owners, which makes it quite easy for the breed to bond and play wholeheartedly.
Average Life Span: 12 – 15 years. 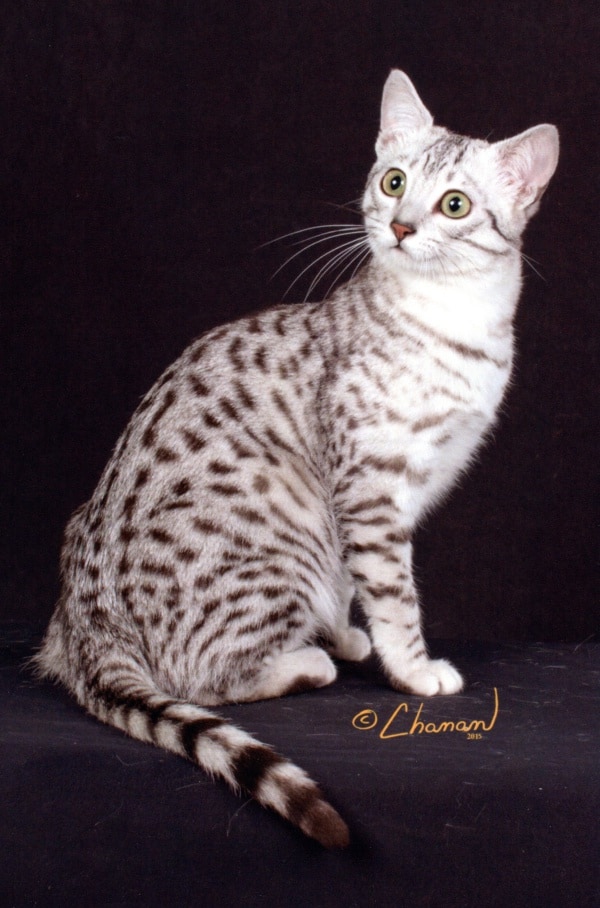 The Egyptian Mau is probably the oldest domestic cat that belonged and therefore, thrived within the deserts of Egypt. Its spotted coat and round, greenish eyes have been quite characteristic of its appearance and may have earned a spot in one of the tombs in Egypt. The Egyptian Mau is known to be a fast runner, with the ability to clock at least 30 miles an hour. It is quite friendly in nature and loves to climb trees as well.
Average Life Span: 15 years 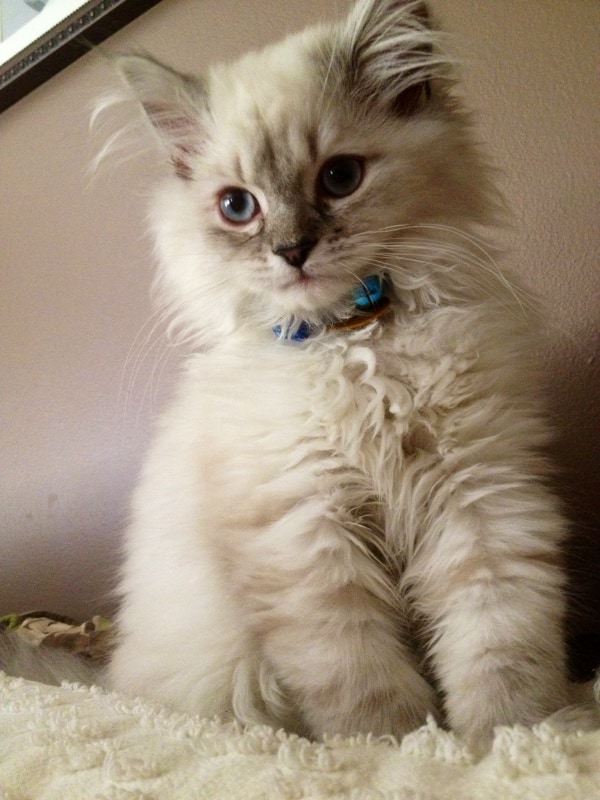 The Ragamuffin is a thick, rugged cat that has been known to claim the hearts of its owners with its piercing, round eyes and tufts of hair and fur. The ragamuffin is playful and might roll over when affectionate. The ragamuffin wouldn’t be able to stay put, so if you’re planning to have a pet with ‘quiet attributes,’ then, you might have the wrong breed.
Average Life Span: 15 – 20 years 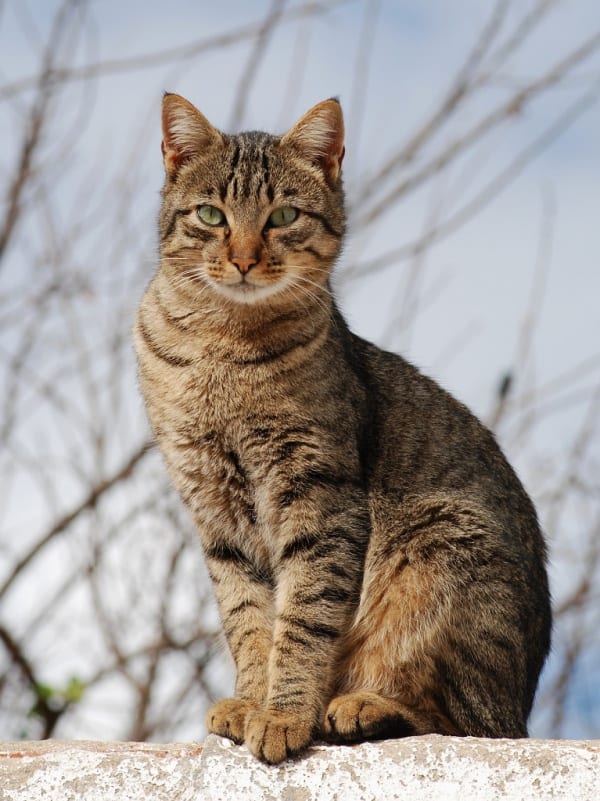 Stretched like a spangled banner, the California Spangled Cat had been crossbred especially to resemble the leopard. This spotted horror is affectionate, loyal and friendly, but quite rare. The California Spangled cat has eyes that can spot bait like a dedicated hunter’s companion. They are apparently opposed to being quiet and might get carried away due to their social instinct. Up till now, only 58 breeds of this rare spotted cat have been reported, which is why its breed might be quite expensive to buy.
Average lifespan: 9 to 15 years.

While you’ve been diverted towards our passion for Cat with Big Eyes and their exotic rarity, let us coax you into adopting any rare finds and breeding them to prevent them from being extinct.