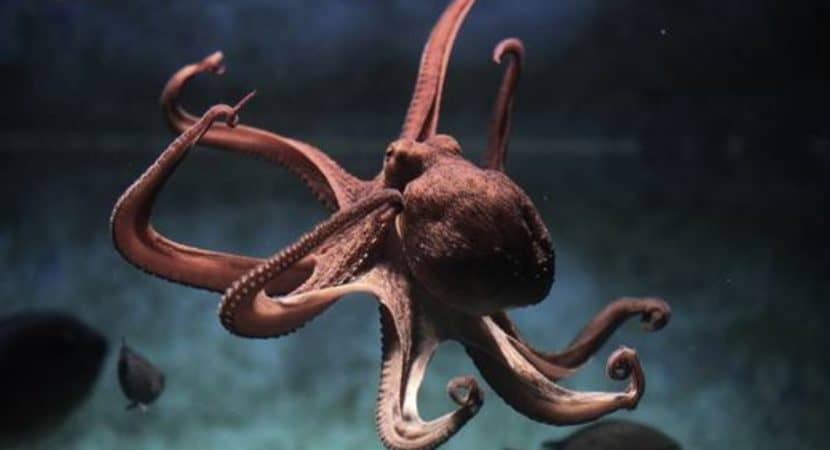 Do you have an interest on aquatic animals? Then it’s for sure that you do like the Octopods. Yes, we are speaking about the octopus. Octopus is a very beautiful aquatic creature that is always fascinated by the humans. Probably being an octopus lover, do you know that there is a day in a year, which is regarded all over the world as Octopus Day? Yes, there are some more interesting facts about this amazing creature. Don’t miss out this article as it deals with some of the best, beautiful, and obviously common octopus species list with some thrilling pictures. Let’s hand out under water.

1. Blue-Ringed Octopus: The Blue-ringed octopuses are four closely related species that live in pools and are mainly found in the Western Pacific, particularly in Australia. Actually, they get the name from their beautiful blue-ringed markings all over the body. They are normally very shy in nature but are regarded as one of the most dangerous creatures of the sea because of their powerful venom. 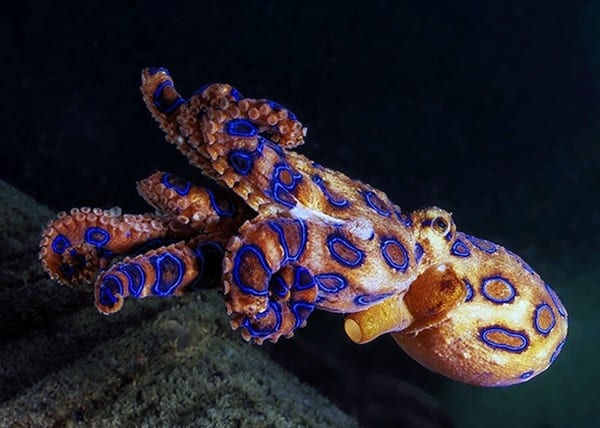 2. Dumbo Octopus: Dumbo Octopus is very small in size and looks completely different from the other octopus species. They are found in the deep sea and are also called umbrella octopus. They have an ear like fins on two sides of their head. They swallow their prey whole and are seen to diet on isopods, bristle worms and amphipods. 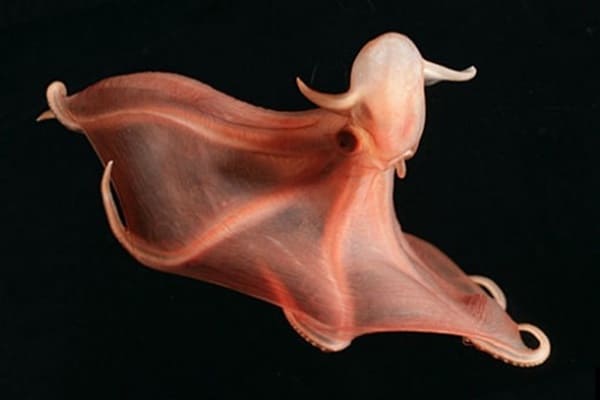 3. Mimic Octopus: It is one of the strangest octopus you will ever see. It can mimic almost any animal under the sea like snakes, crabs, Lionfish or jellyfish. They take the help of this mimicry only to save themselves from the predators. But it is totally unclear how this animal do this type of mimic. Research is still going on their activities. 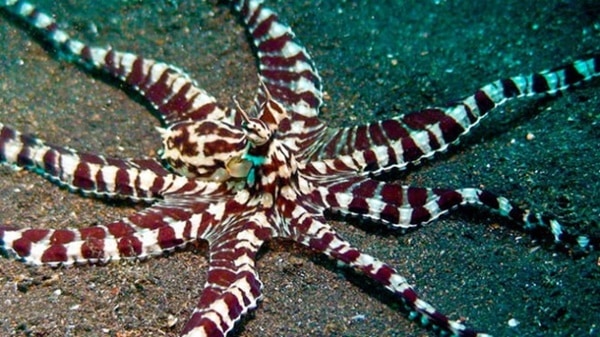 4. Blanket Octopus: Blanket Octopus is also one of the most strange octopus here in this list. The most amazing thing about them is that the males are about 1 inch long but the females can grow about 6 feet in length. Can you just imagine the difference between male and females? The female octopus looks exactly like a blanket. 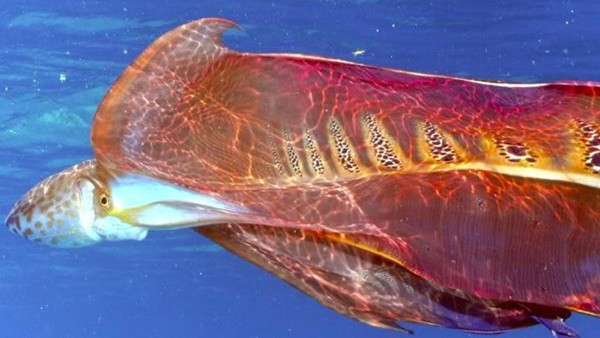 5. Coconut Octopus: Have you ever heard about this amazing octopus species? Yes, it can just walk like humans on two legs under the water. This helps them to carry different types of objects on the ocean floor. It has been seen that they can carry a coconut shell to create their defense fortress where they live. 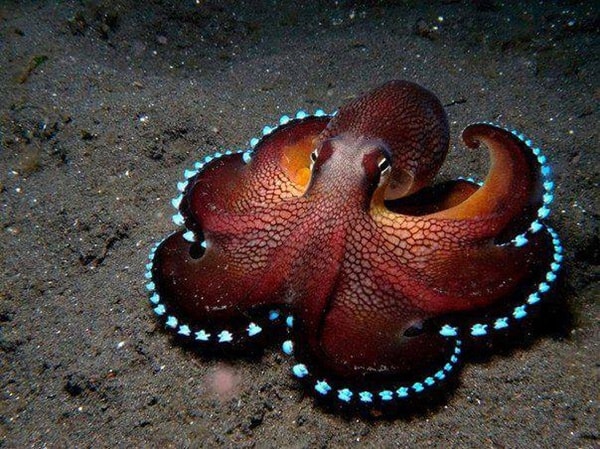 6. Octopus Wolfi: It is the smallest octopus in the world with a length of less than an inch. They are mainly found in the shallow waters. Though nothing much is known about this creature and so research is still going on them. You will just think about one word that is cute after seeing this octopus. 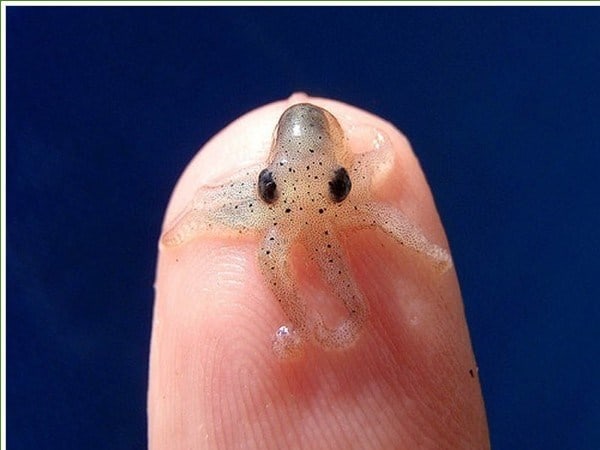 7. Larger Pacific Striped Octopus: This strange octopus species can change its color and appearance according to the surroundings just to protect themselves from the predators. It is also known as the most social octopus among all the species. 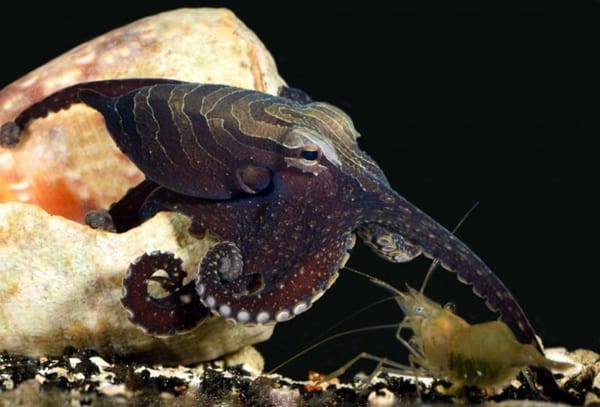 8. Benthic Octopus: It is one of the most shy octopus seen in the deep sea. It is seen to crawl over the timbers of the ship wrecks. They are mainly found in the Northeast Atlantic Sea. But they are known as very rare and shy creatures in the sea. According to the scientists, very little is known about this amazing octopus species. 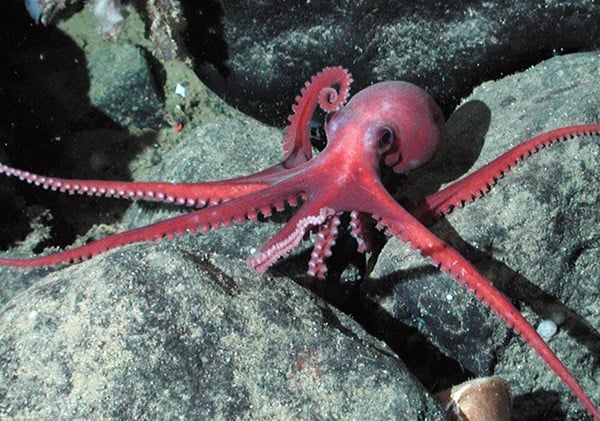 9. Giant Pacific Octopus: This is a very popular name of the North pacific and is the largest marine cephalopods on the planet. They grow very big and live longer than any other octopus species. The record size of this octopus is about 30 feet, which is truly beyond imagination. 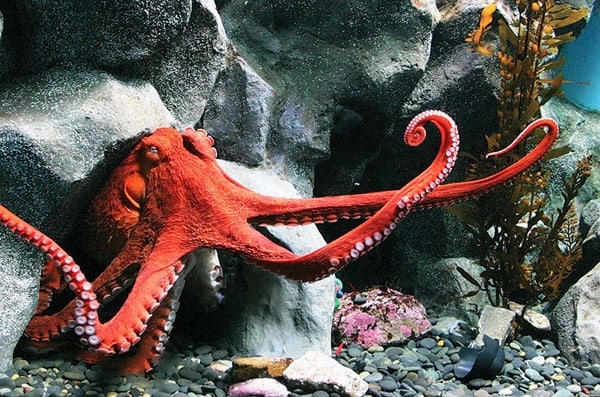 10. Hydrothermal Vent Octopus: A small benthic octopus, which lives in, superheated hydrothermal vents. If you see them in details, their eyes are covered by a semi translucent skin that helps them to see in the deep waters. They feed themselves on crabs mainly as their primary food sources. They lives along the East Pacific rise, the border of the pacific, Cocos and the Nazca Plate. It is also often found near the colonies of Giant tubeworms. 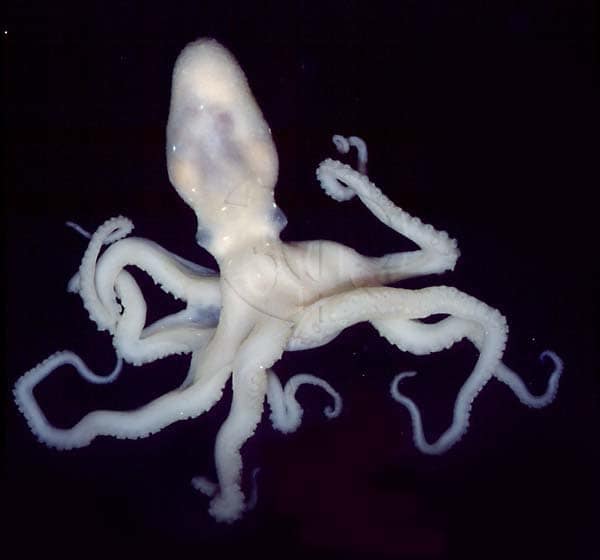 So there is no doubt that octopus are one of the most intelligent and loving animals that makes the under-water more and more beautiful. You know about the most common species of octopus and here you can also see the pictures of them. Also, don’t forget to check out the other article on deep-sea creatures on our blog.