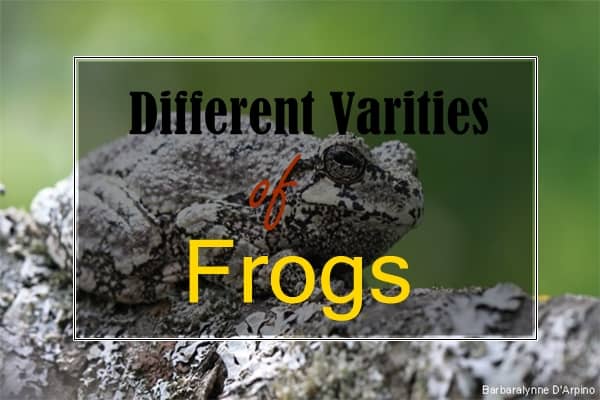 Actually, one may not give it much thought but there are as many as 4000 frog species across the globe, with beautifully painted by nature the exception being Antarctica. These naturally include the toads as well as toads in the scientific sense come under the category of frogs though toads are characterized by the warts on their skin apart from toads living in drier conditions too.

Instead of going into the scientific categories of frogs, let us look at them from the point of view of their personality and habitat needs. This will come in handy if you are thinking of having frog as a pet.

This one is easy to have as a pet as it is semi-aquatic. It comes in a lovely pale green and black with a belly that is in bright orange with black spots. This is supposed to indicate to attackers that it is toxic to a certain extent and not good to taste. Though it is a toad this creature is in the water a lot and needs to be kept in a aquarium that has water and land spaces. You will find this frog easy to keep and also fun. 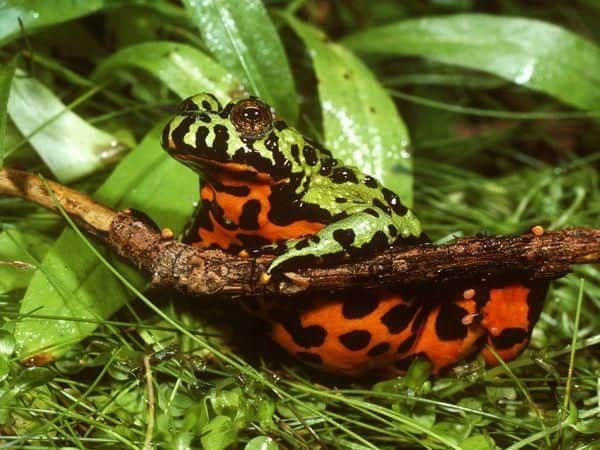 Many of the frogs secrete substances from the skin to protect them from fungi and bacteria. These secretions can be psychoactive and are used in Shaman hunting rituals in some tribes of the Amazon. Some of these can be really toxic, notable being the dart frogs from South America. They do not bite or in any way sting the victims. The most poisonous frog being the Phyllobates terribilis, the secretion of which can kill almost 10 adults. Normally the ones in captivity are not toxirc as they are fed on fruit flies and other things unlike the ones in the wild that get the toxin by concentrating the poison from eating ants that eat tropical plants. These small frogs tend to be colorful which tells their predators that they are toxic. 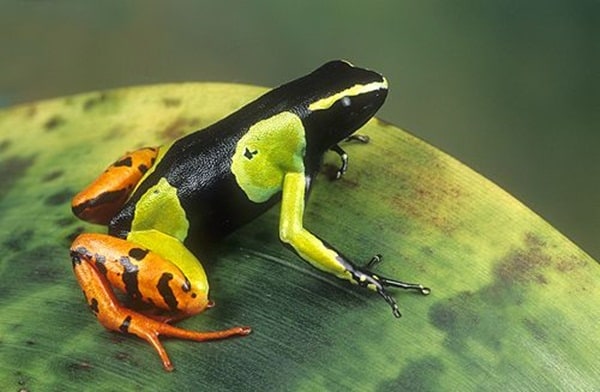 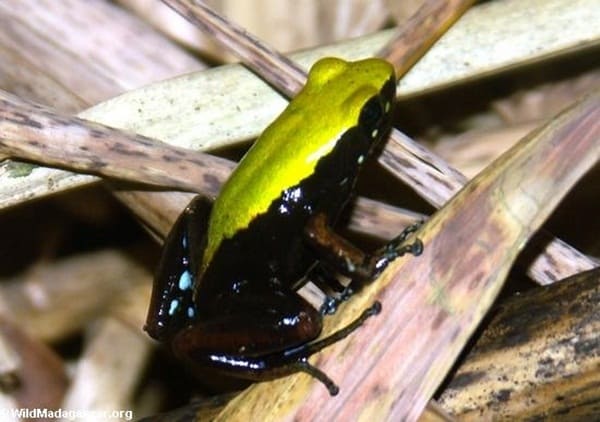 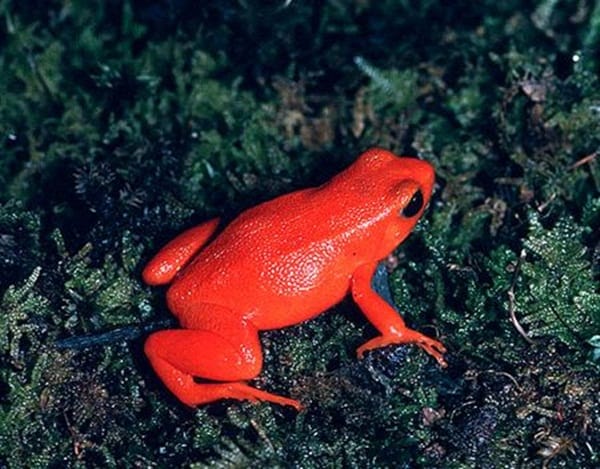 The one most common in this category is Ceratophrys Cranwelli also known as Pacman frog as it has a mouth with legs. The others being the Cerotophyrs Ornata and C.Comuta. All of them are toads with horns and big mouths along with appetite to match. They like to bury themselves in loose soil or leaf litters. Sitting this way with only the heads stickin out they do not move much and wait for the prey and then attack them The grownup toads will eat locusts, small mice and crickets. They may mistake the owner’s fingers as food so you need to be careful. Since they have cannibalistic tendencies which means that they need to be kept singly. 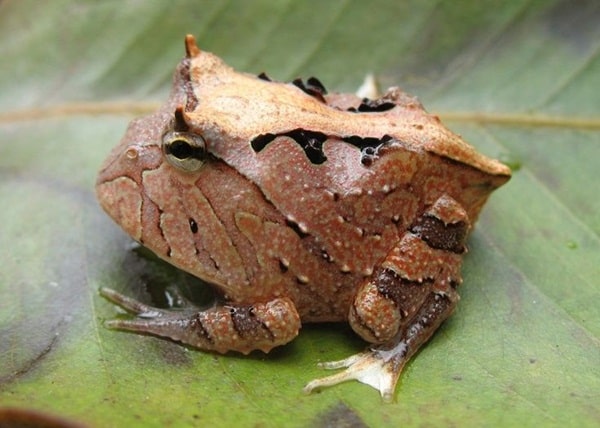 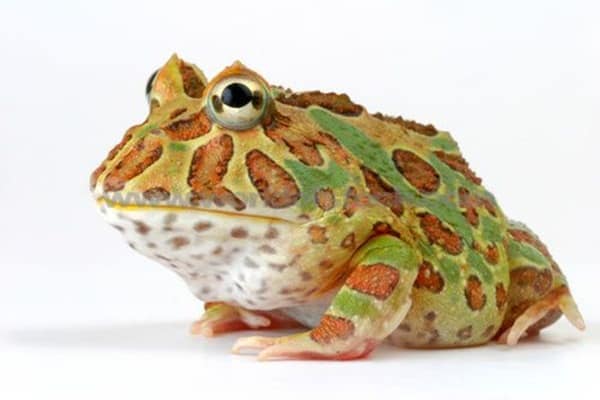 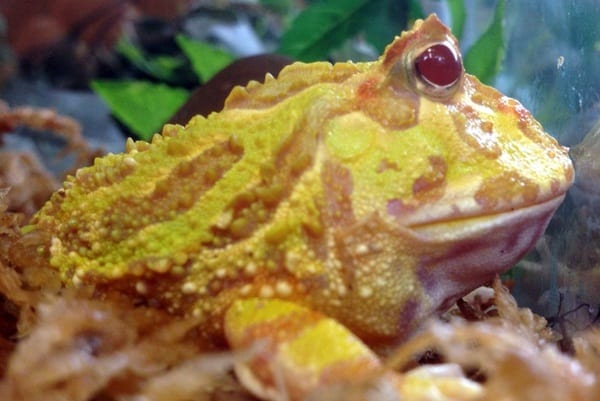