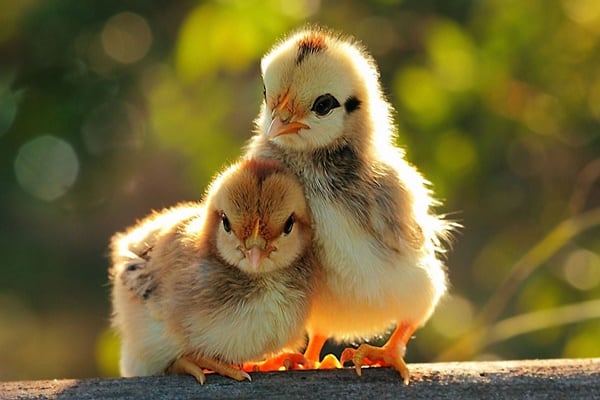 Chickens are really our all time favorite and there is hardly anything to tell about that. Today this article is going to give you a real fun and that is also related to one of your favorite creature.

Yes, we normally think about chicken and the things that come to our mind is about various serious things related to them. But very often we think about the funny sides of them.

Today you are going to know that there are various funny facts related to this amazing creature. So let’s look into that and make our time good. 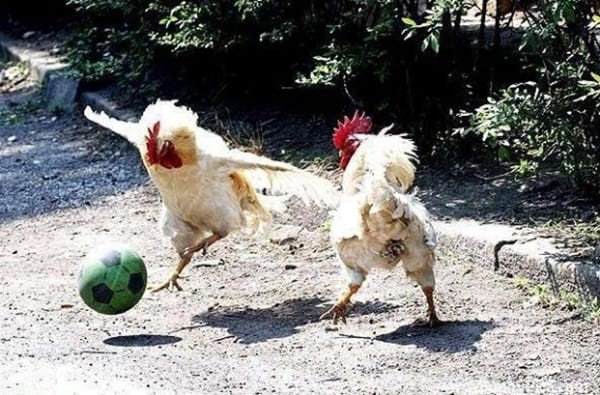 Before they became poultry, chickens were actually tropical birds, but that was around 8,000 years ago. It is believed that they come from the red junglefowl.

Of course, there are still red junglefowls today. However, back then, this bird can fly away from its predators and reach the top of high trees.

Nowadays, chickens can still fly, but only for short distances. 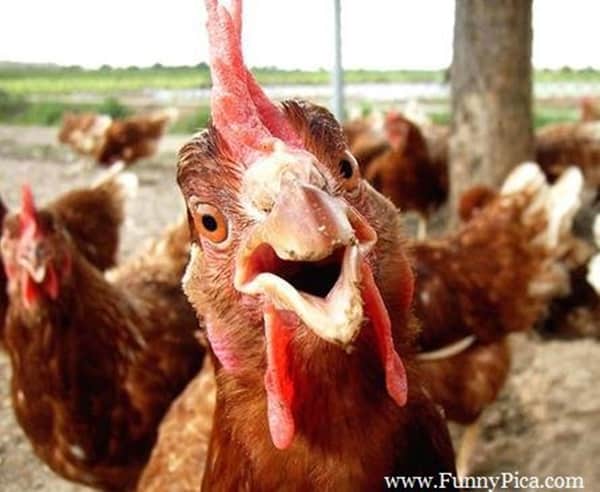 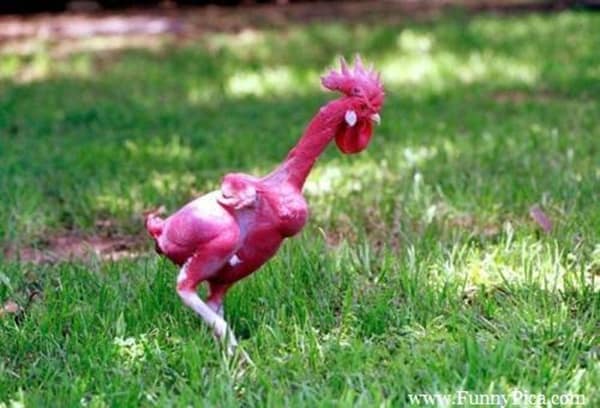 Fun Fact #2: They take a bath with dust.

Unlike humans who use water to clean their bodies, chickens use dust. This behavior is known as dust bathing.

Chickens spread oil throughout their feathers to keep them waterproof. As time passes on, the oil becomes dry or hard.

They can’t easily remove this with water. Instead, they get on the ground and wrap their bodies with dirt.

They would then shake the dirt off, and with it comes the used oil. 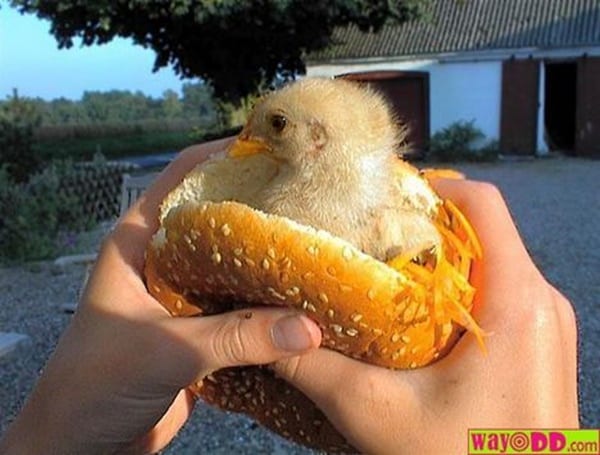 If you want the taste of chicken but you are a vegetarian or a vegan, say no more.

It is believed that this particular mushroom tastes almost exactly like chicken. As such, it is also aptly named the “fried chicken mushroom.” 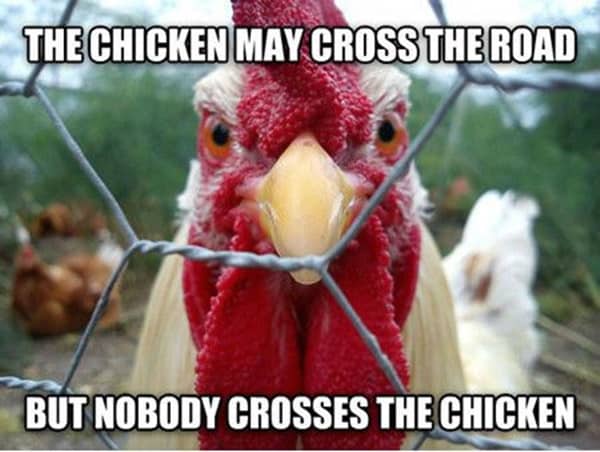 First of all when we think about chickens the first thing that strikes our mind is the food and recipes. But actually they were not the birds used as foods from the first. Actually they became close to humans many many years ago and at that time they were only used for cock fights. No one ever thought that one day they can be one of the most common non-veg dishes all over the world. So now you are probably thinking how amazing the matter really is. Then comes the matter that chickens have prehistoric roots and very few people know about that. Chickens are believed to be the closest living relative of the Tyrannosaurus Rex. 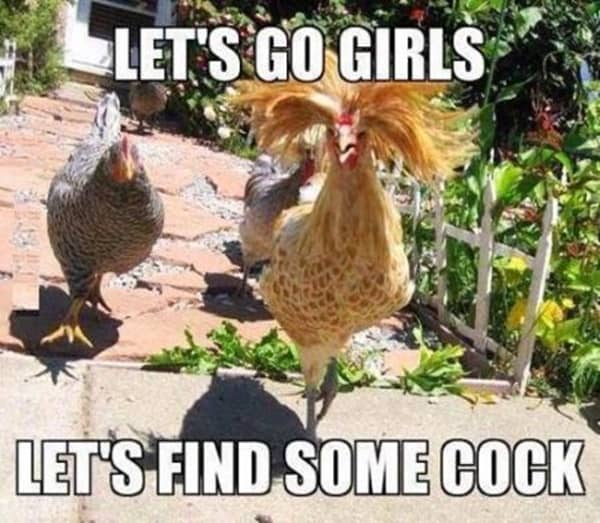 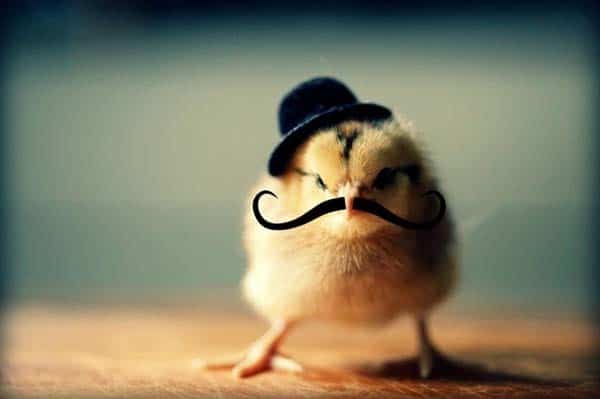 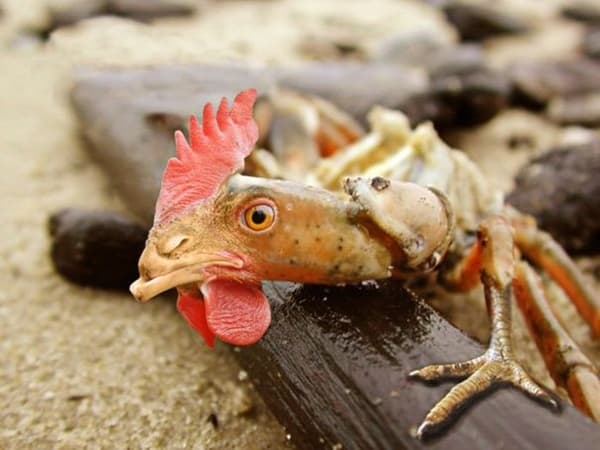 Fun Fact #4: They have better color vision that us.

Humans can see blue, green, and red light. That’s how we perceive everything in this world. It’s a mixture of these three main colors that allow us to see.

Chickens can also see these colors, but they have one major advantage. Chickens can see ultraviolet light. 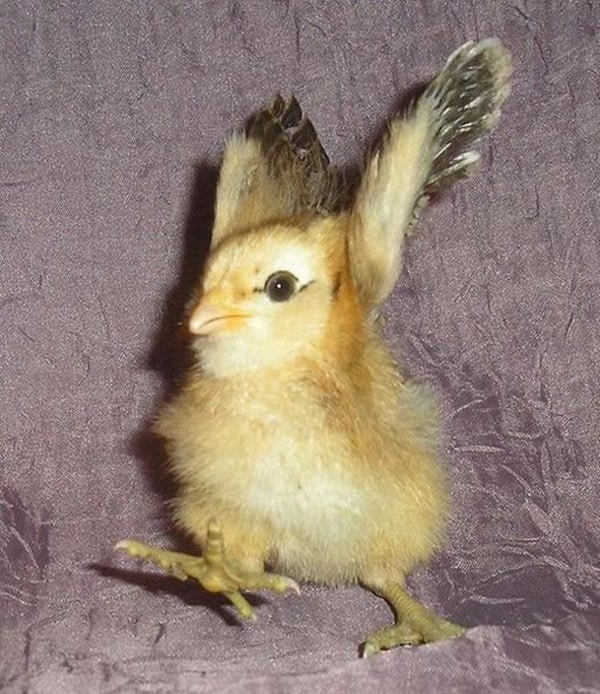 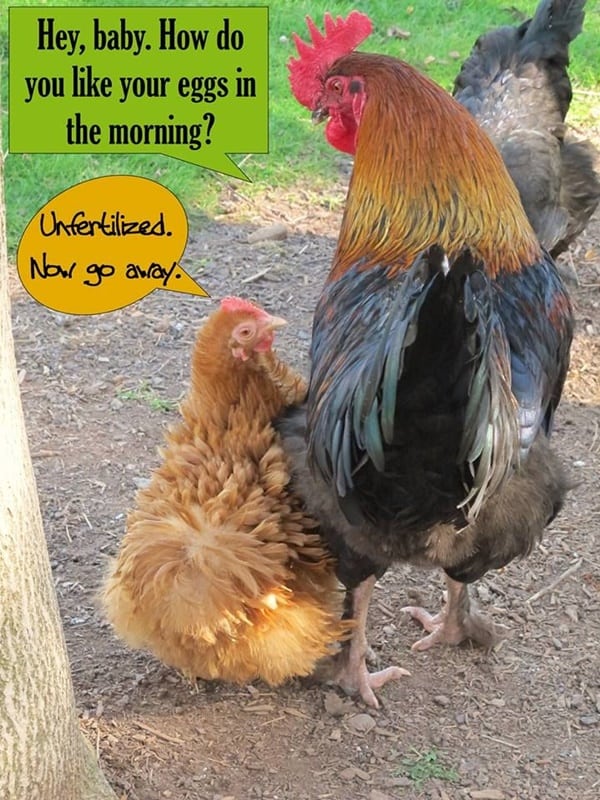 There is only a handful of animals that observe hierarchies, and chickens are one of them.

A chicken’s hierarchy is known as the “pecking order.”

What happens is that bigger and stronger chickens would often bully the weaker chickens by literally pecking them. 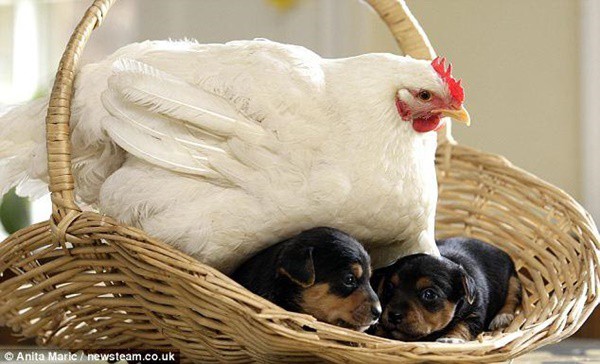 Yes we people communicate with others by means of our language. But do you know that chickens also have their own language of communication? Actually if you go in deep about this matter, chickens have about 30 different vocalizations that they use to communicate with each other. Any the most unique thing here is that very few creatures have such vocalization diversity. Another thing is that chickens start communicating with others before they hatch. That means from inside the egg. Isn’t it too early? No they are actually too advance. 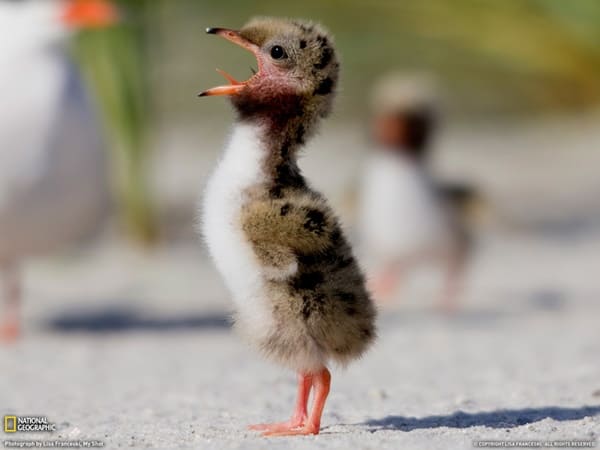 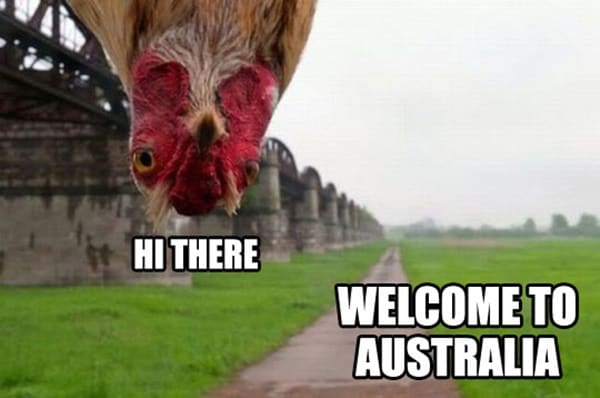 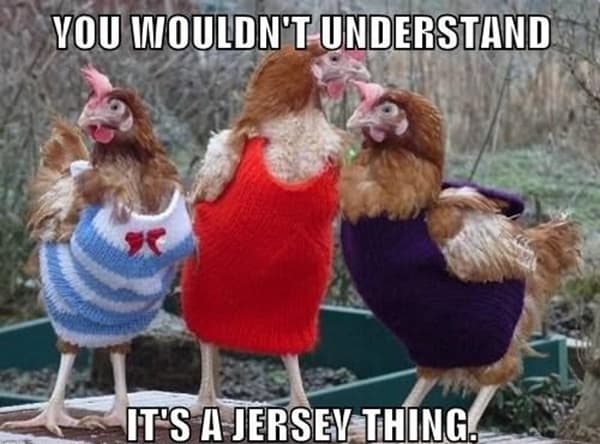 Fun Fact #6: You can trick a hen into laying bigger eggs.

A hen’s egg-production behavior is heavily affected by the hours of the day.

If you use specific lighting techniques, you can trick it into thinking that one full day is actually 28 hours instead of 24.

As a result, your hen will lay stronger and bigger eggs. 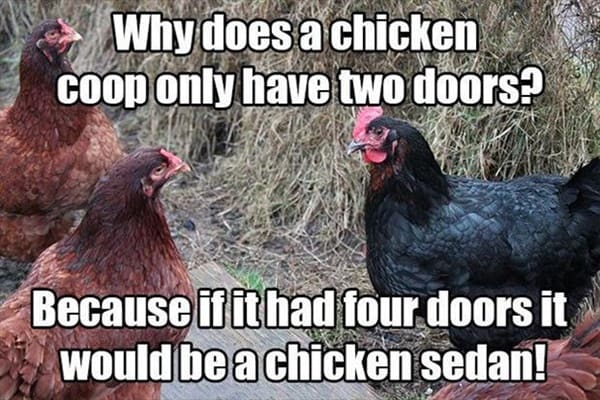 We kid you not. There is a rare breed of chicken in Indonesia that’s completely black.

No, we’re not just talking about the feathers. Everything on this chicken is black!

Its feathers, skin, beak, tail, wattles, eyes, and even its organs are completely black. The best part? Even the eggs it lays are black! 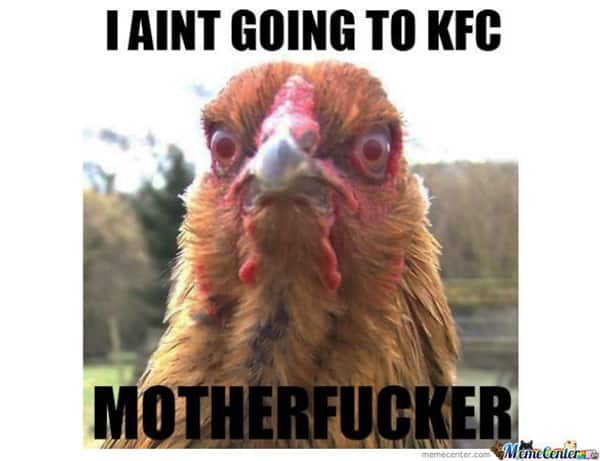 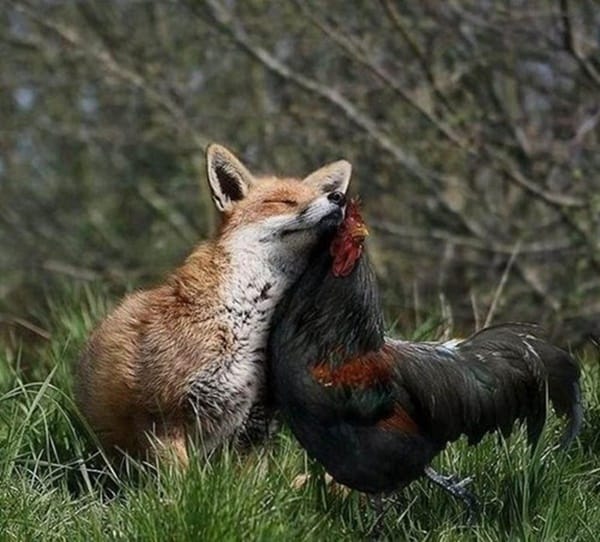 Again it has been seen that chicken really model their behavior in other chickens. Like a broody hen can encourage other hens to become broody. Now another fact is that chickens are docile at night and they go into a passive state at this time. So if you want to catch a chicken that is not very tame, do it at night after they have settled down to roost. And one of the major things that you probably know is that chickens lay different colors of egg depending on the breed. 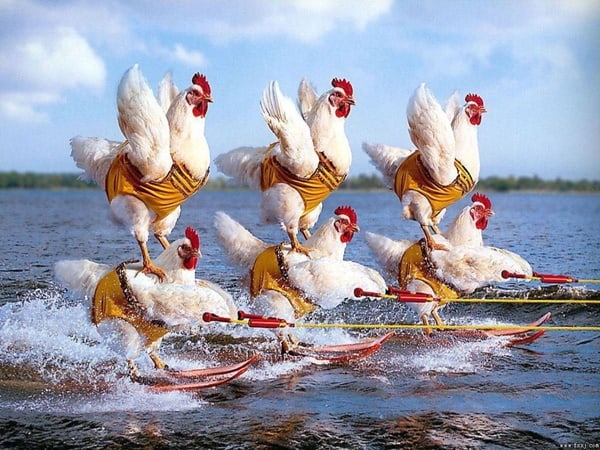 It has long been documented that when chickens sleep, they undergo the REM (rapid eye movement) phase.

REM is the phenomenon wherein the eye moves while asleep, which signifies dreaming.

However, chickens are again better than humans in this scenario. In addition to REM, they also undergo USWS or unihemispheric slow-wave sleep.

Basically, USWS is the condition wherein half of the brain is asleep while the other half is awake. This allows them to watch out for predators even while they are sleeping.

Wouldn’t it be nice if humans have that ability, too? 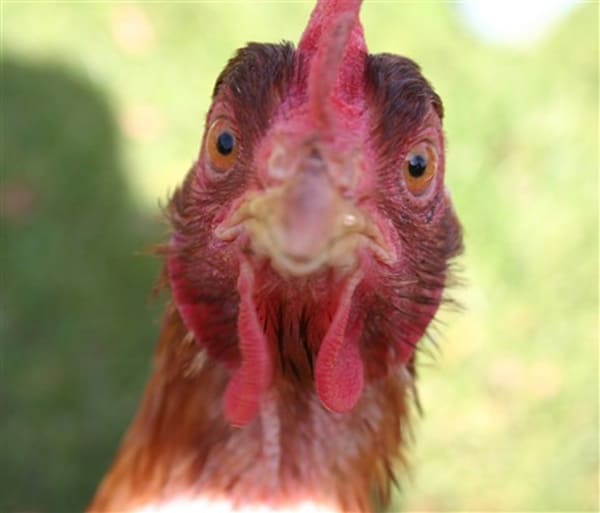 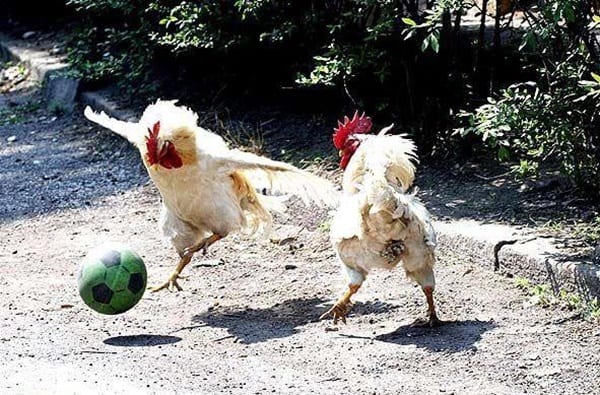 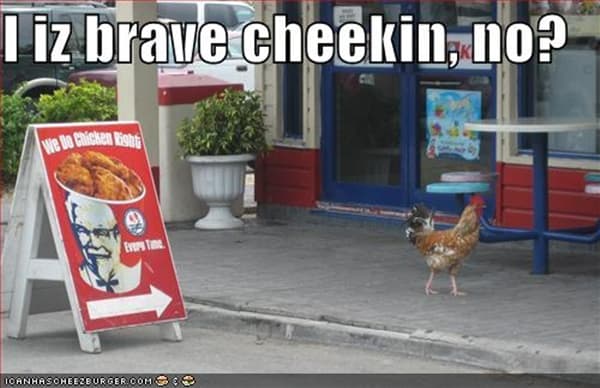 Yes, that famous line from KFC is in fact a law in a small town in Georgia.

In Gainesville, it is illegal to eat fried chicken with a fork or any other utensil. You can only eat it with your bare hands. 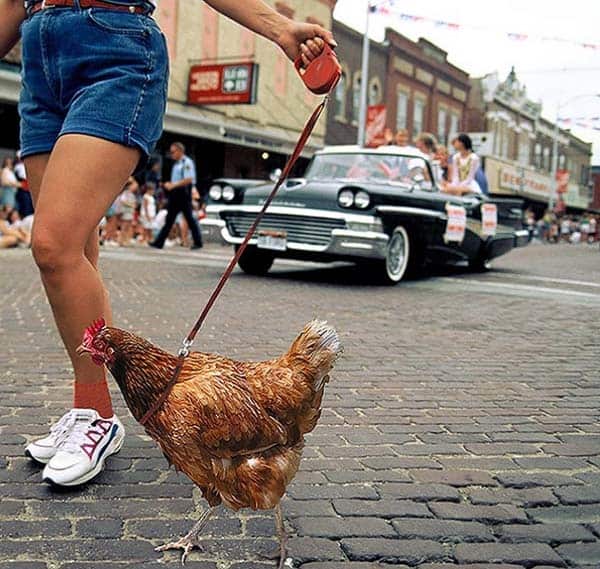 Fun Fact #10: The ear lobe will tell you the color of the eggs.

We mentioned earlier that different chicken breeds lay different colors of eggs. You can actually determine this by the color of the ear lobes. 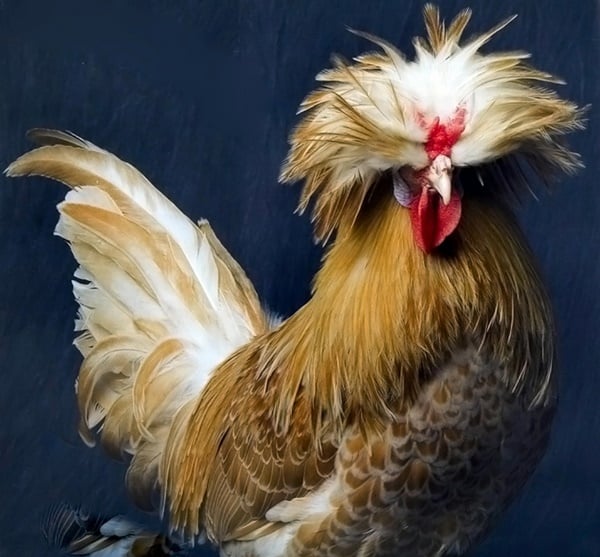 There is nothing to tell about this matter but still as we are talking about them, we want to tell you all that chickens are really very intelligent. They can recognize up to 100 faces in their whole lifetime and it takes a long time for them to forget the faces. Even they can recognize many hens at a time nearby them. Even you will be amazed to know that chickens are very good teachers. Mother hens really teach well their babies what to eat and what not to. In various tests, the conclusion we got is that mothers teach their babies not to eat the color coded grains that are bad for them. 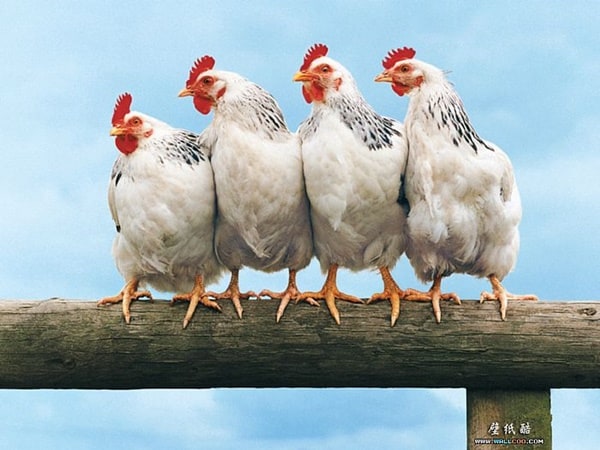 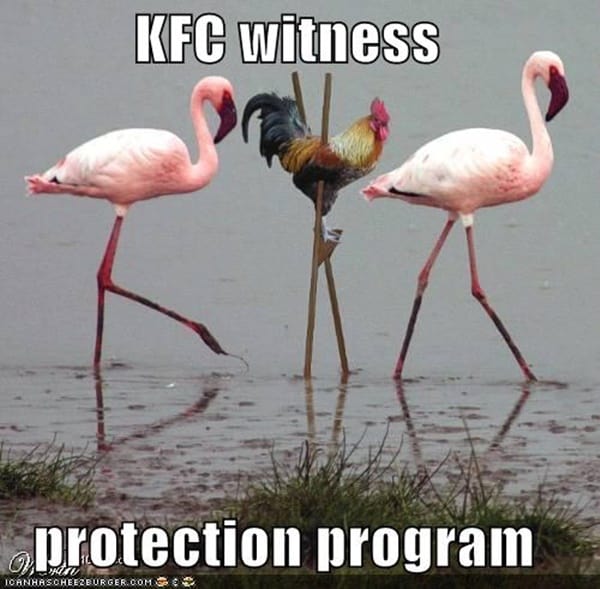 Have you ever wondered where the term “buffalo wings” came from? Obviously, people weren’t cross-breeding chickens with buffalos.

Back in the day, not a lot of people enjoy chicken wings. In fact, butchers often throw them out. However, in 1964, a restaurant owner tried serving barbecued chicken wings to his customers.

And everybody loved it!

He named the dish “buffalo wings” because they were first introduced to the public in Buffalo, New York. 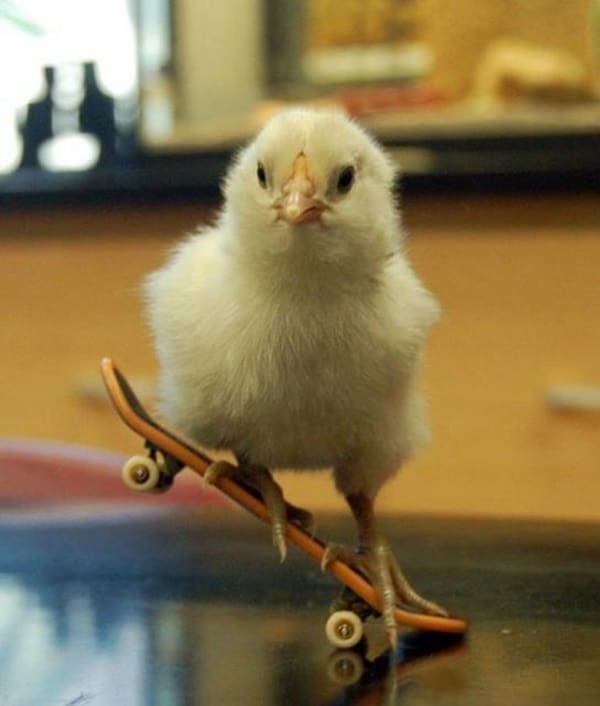 Fun Fact #12: Chickens are (somewhat) smarter than a six-month-old baby.

We’ve already told you that chickens are intelligent creatures. To support that fact, chickens, at some point, are smarter than humans.

Chickens, or even chicks as young as two days old, understand object permanence.

This is the stage in cognitive development wherein if an object is out of sight, the person seeing it knows it still exists.

Human babies younger than six months old don’t have this. This is why they are fascinated by peek-a-boo. 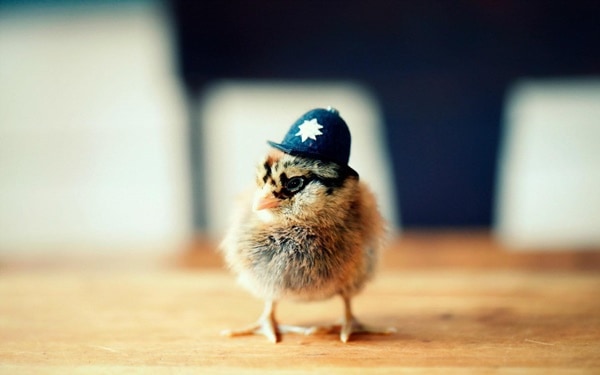 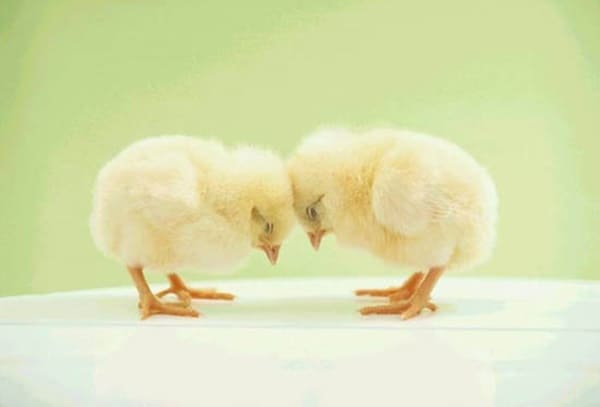 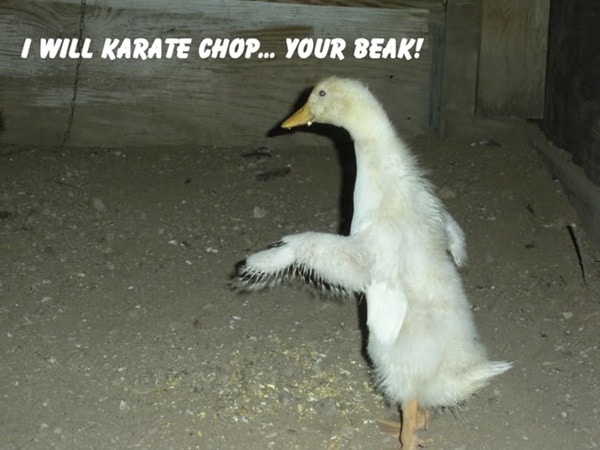 So there are about 25 billion chickens all over the world according to an approximate count. So there are more than any other bird species in the world. Chickens are actually Omnivores and they eat seeds and insects in common but also they can have lizards or small mice in their diet. So chickens are always great with such beautiful characteristics and features that they carry in them. Lastly, we think that apart from all the fun facts here you also enjoyed the various funny pictures of chickens in this article.