Home
Facts
20 Interesting Facts about Sloths You Must Know 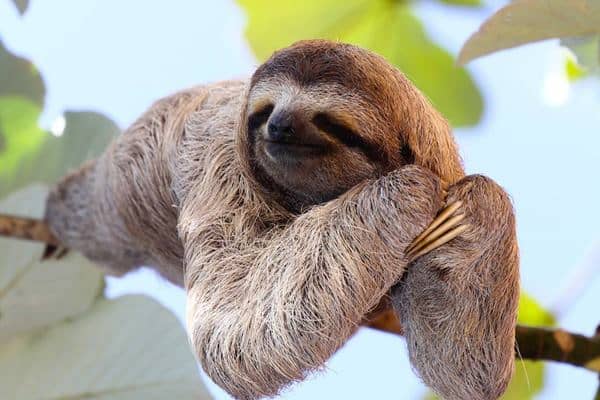 Do you know why are ‘Sloths’ so named? As they seem to be very lazy and slow at the very first glance they are named after the ‘capital sin’ of ‘sloth’. Being a native to the jungles of Central and South America sloths are adorably cute, funny, furry and lovable. Many of us don’t know that there are so called idleness is an adaptation form of metabolism to conserve energy. Some of the sloth species have got extinct among which some attained size as big as an elephant. Though they are well known for their laziness. They are surprisingly swift at the time of emergency. This funny mammal has a lot more fun qualities which are not only astonishing but noteworthy. So here is a list of 20 very funny and surprising facts about this tree mammal which will leave you astounding. So just go through the fun is waiting.

1. They not really sleep the whole day: We tend to believe that sloths are the world’s laziest animal and they generally sleep for 15 to 18 hours a day. But in reality they only sleep for 10 hours a day. ‘The Max Planck Institute for Ornithology n Germany’ studied the brain wave of three-toed sloths and stated this.

2. They may take a full month to digest a single meal: Sloths have a four part stomach and any leaf which is tough in texture can’t be digested by them because their stomach works slowly. More surprisingly they may take a whole long month to digest a single meal. They only consume finer leaves of trees which produce very less energy and nutrition. This must be a cause of their slow movement.

3. Great swimmer: Though they are noted for their idleness sloths are reputed swimmers. They can even do breaststrokes like human beings.

4. They can retain their grip even after death: Sloths’ claws are very well adapted to climb on the branches of trees because they spend 90 percent of their lives on them. According to The National Geographic their grips are so strong that even after they have died they retain the same posture, hanging down from the trees. 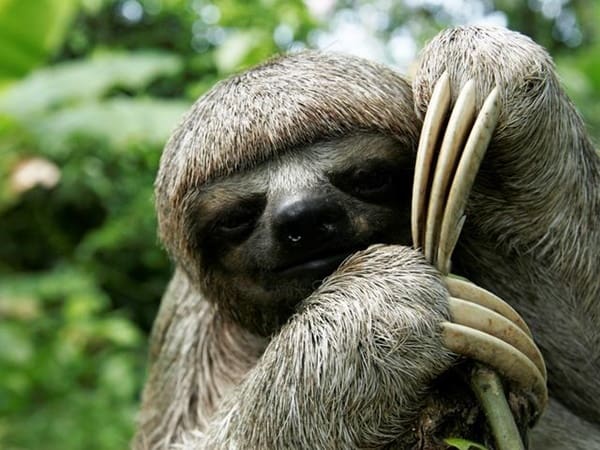 6. Sloths urinate only once a week: This is due to their very low metabolism rate. As they eat very less and it takes long to digest a single meal they need to urinate or defecate only once about a week. 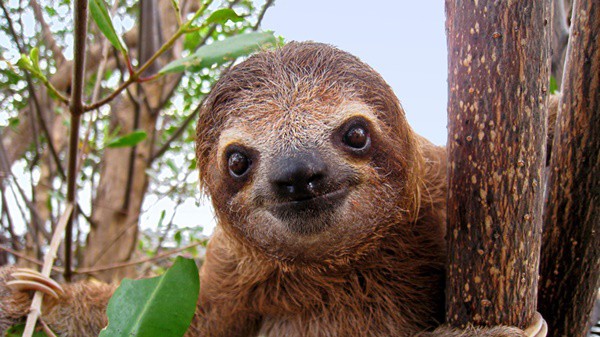 11. In Monsoon They become green: As they contain algae in their coat they tend to become greener in the monsoon.

12. Sloths’ body contains only 25 percent muscle: As they contain very little muscle they often get victim of severe cold. Female sloths often die out of cold as they are unable to digest food.

13. They have very long claws: Sloths’ claws can be as long as 4 inches. They use them to climb onto tree branches and to make swift movement along the branches.

14. The pygmy three toed sloths: They are the tiniest sloth beers and they are threatened. They are getting conserved. They are enlisted in the IUCN species survival commission’s top 100 threatened animals.

17. Their predator includes eagles, snakes and many more: Their main predators are jaguars, harpy eagles and even human. They are apparently defenseless but predators do not pose many problems.

18. They have long tongues: Their tongues are special. They can protrude their tongue up to 12 to 15 inches. It helps them collect leaves which are out of their reach.

19. The slow movement can even beat the pace of tortoises: They move only 2 mt /minute along the ground. Along the branches it is only 3 mt /minute.

20. Lifespan: When in wilderness sloths live only for 10 to 12 years but in captivity they can live over 30 years and many more. 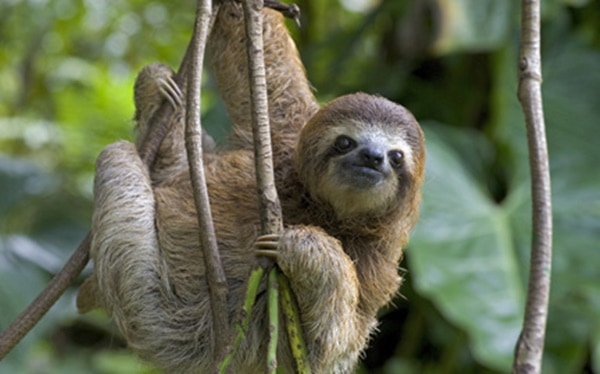 So these were some very interesting and fun facts about this adorable arboreal mammal which is only found in the tropical rainforests of Central and Southern America. This medium sized mammal came into popularity in 21st century with the release of the first Ice Age movie where Sid, a prehistoric ground sloth is featured. They are being conserved in many countries now as some of the species are threatened. Hope you all enjoyed the facts about this round headed mammal.