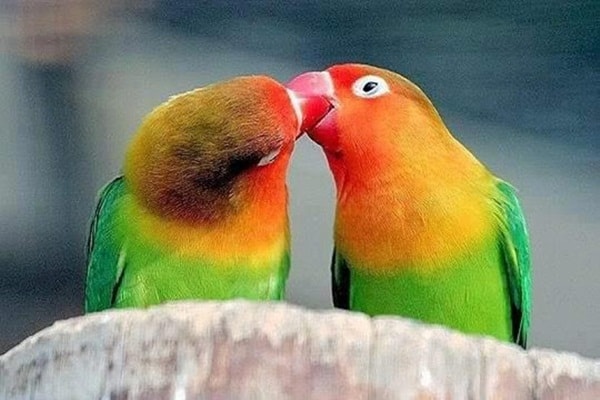 Valentine’s Day is already knocking at your door. People around the globe is waiting for the day of love which is just a few days later. These goes the way people express their love. But each and every organism in this world has their unique way to express their love. In this matter each organism is different from others but it is said that around the globe, the best way of expressing their love is of Love Birds or Parrots. Here we will discuss about the different fun facts love birds. These facts have inspired a lot of peoples which we can see in various poems, songs and stories. Let’s look into these amazing facts.

1. Lovebird spine for each other: They are mostly like humans. If love birds get separated from their partner or from their team, they suffer from a lot of depression. They don’t like being alone. They will show some amazing behavior in this situation. This happens also when their partner dies.

2. There are more than one species of Lovebirds: There are about 9 species of love birds discovered till now. All these species belongs to the genus Agapornis. They are mostly seen in green color.

3. Lovebird population: Southwestern America, San Francisco and few cities of Africa are the main places of love birds where they live. In these areas you will notice a large population of love birds. They fly out everywhere in these places. 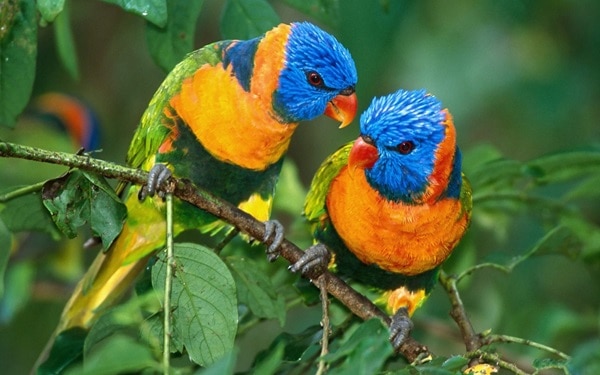 4. Procedure of building the nest varies with Species: It has been studies by the scientists that different species of lovebirds have different style of making their nests. For example Fisher’s Lovebird carries single strips of tree barks with their beak. Again peach-faced love bird hides barks under their feathers. So, it differs according to the species.

5. Lovebirds carry zoonotic diseases that affect human: Evidences have been found that love birds can carry yeast bacteria capable of infecting humans. But it is possible when they come into contact with pigeon feces. There are also other evidences of carrying various bacteria by love birds which are dreadful to humans.

6. Lovebirds mate for life: Lovebirds reach their sexual maturity when they are about ten months old. This mating may continue throughout their whole life which is on an average 15 years. 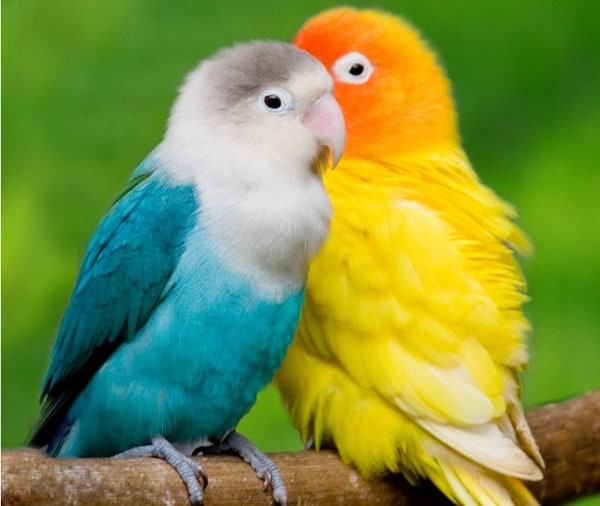 7. Lovebirds feed their partners: When love birds meet after a long time or after a long separation they feed each other just like an affectionate human couple. The process is that one bird transfers the food into another mouth through a unique style.

9. Lovebirds live in holes: They always prefer to live in holes made by them trees, rocks and shrubs in the wild. They are even seen to makes their home in Cacti. In urban areas they are seen living in almost any place where they feel secured. 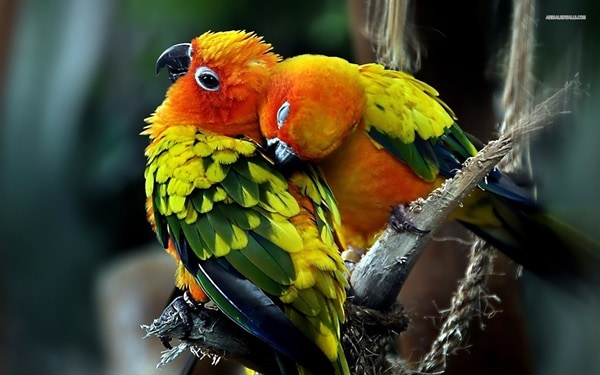 10. Love birds are androgynous: Probably in three species of love birds, male and female can be distinguished by looking at them. A male black-winged love birds have a crown of red feathers. While females have green plumage. Again in some species males are slightly bigger than females.

11. Love birds can be mean: During the mating season love birds becomes very aggressive. They become very jealous and hormonal during their mating period. Among all the species of love bird, peach-faced love bird is the most aggressive one.

12. Species that are going to be endangered: At a time love birds were very common in the nature. But nowadays some species of love birds are really facing endangered situation. Black-cheeked love bird of Zambia, which is also found in some parts of Zimbabwe and Botswana, is declared vulnerable by IUCN. The latest approximate population of Black-cheeked love bird counted is 10,000. Maybe due to natural causes and climatic change this love bird species are facing a big hazard. 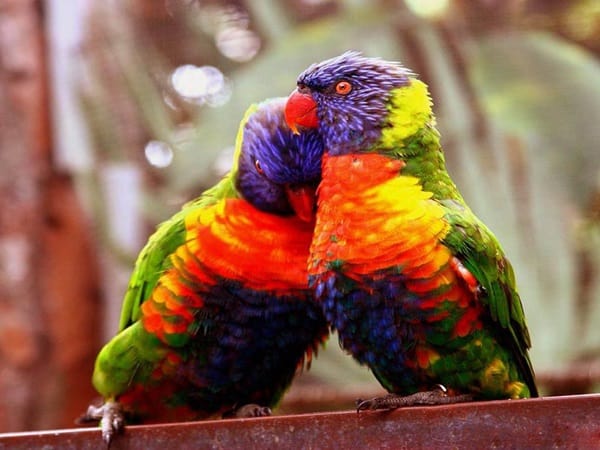 Just think about this awesome bird and their iconic behavior which is also a big natural asset for us. Like us they also have lovely feeling towards them and their partners. Love birds are a great source of inspiration for famous poets, artists and song-writers. So save this beautiful creature as a part of our nature.