Home
Facts
Know The Difference Between Crocodiles And Alligators 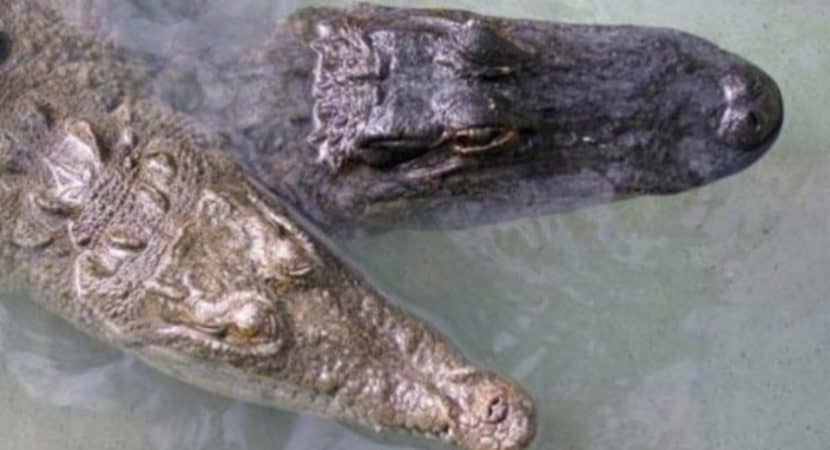 The term crocodile here refers to the true crocodiles and has not been used loosely to include all the members of the order Crocodilia, which includes the alligators, caimans, gharials etc. Before moving on to the Differences Between Crocodiles And Alligators just spare a few minutes for these cute facts about the crocodile for kids. 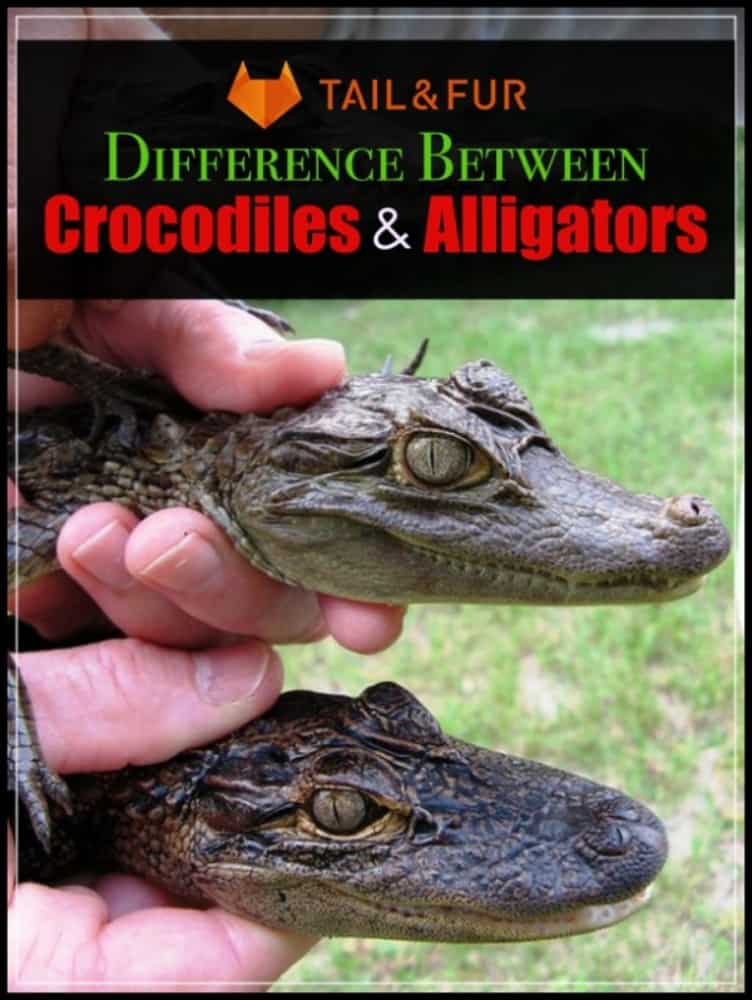 Differences Between Crocodiles and Alligators

1. Snout
Alligator: U Shaped
Crocodile: V-Shaped
Alligators have broad snouts, which are more U-shaped while crocodiles have either slender or broader snout, which is more V-shaped. 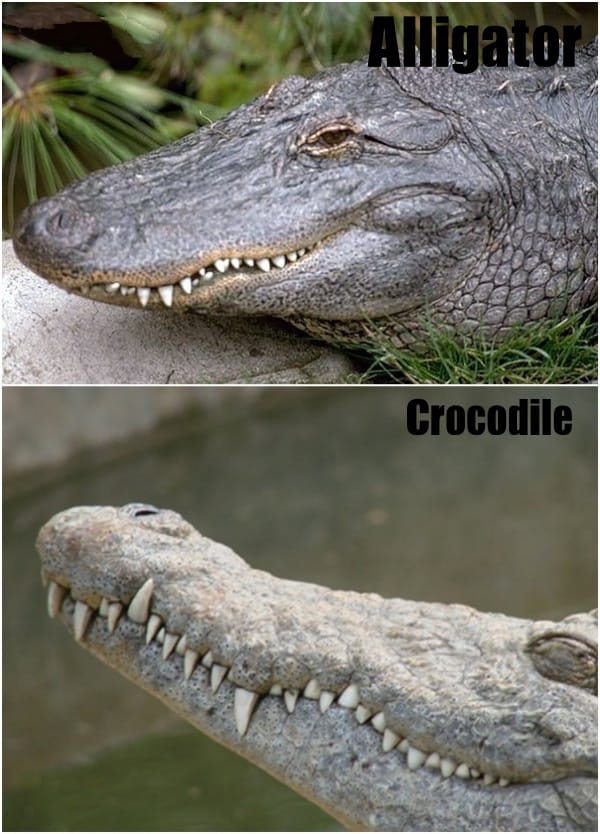 (Fact: Crocodilians are polyphyodonts and the only non-mammalian vertebrates with tooth sockets. They replace their teeth about fifty times in their entire lifespan!)

4. Dermal pressure receptors(or integumentary sense organs (ISOs)
These dotted sensory pits are present in large numbers on the entire body of the crocodiles while the alligators have them only in the head region, mainly along the jawline, eyes, nose, and upper palate. They have been hypothesized to play various roles by different scientists ranging from secreting oils to detecting surface waves generated by prey moving in water.In reptiles like alligators and crocodiles use their tail for many purposes, not only does the tail serve as a means for keeping balance when they move but it also serves as another weapon to swat enemies away.

6. Speed
Crocodile:28-34km/h
Alligator:20 mph
Given their smaller size, alligators are faster than crocodiles both on land and water. Crocodiles and alligators ‘gallop’ or ‘sprint’ on land when threatened as a means of making it to water where they are much more at home and agile. The average top speed of a Crocodile on land is 9 mph (14kph) while for an Alligator it is 20 mph. However, this speed is not sustained for long as it’s a very energetic way of moving around for a reptile. 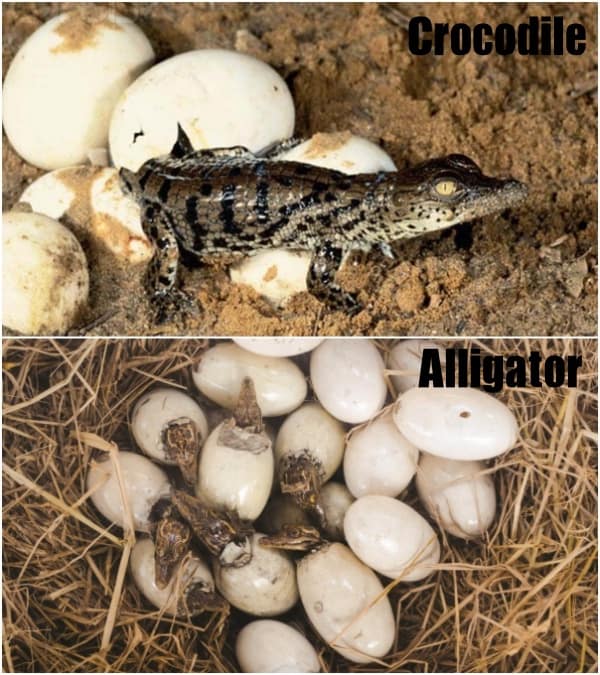 8. Colour
Crocodile:Dark Greenish
Alligator: Black
Alligators are darker in colour usually blackish or greyish whereas crocodiles’ skin is lighter being olive greenish or brownish in colour. The colour of the alligators also depend on the type of water they swim in- algae make them greener and the tannic acid from the trees make them darker, also with age, the gators’ hide tends to lose their striped pattern and become darker. 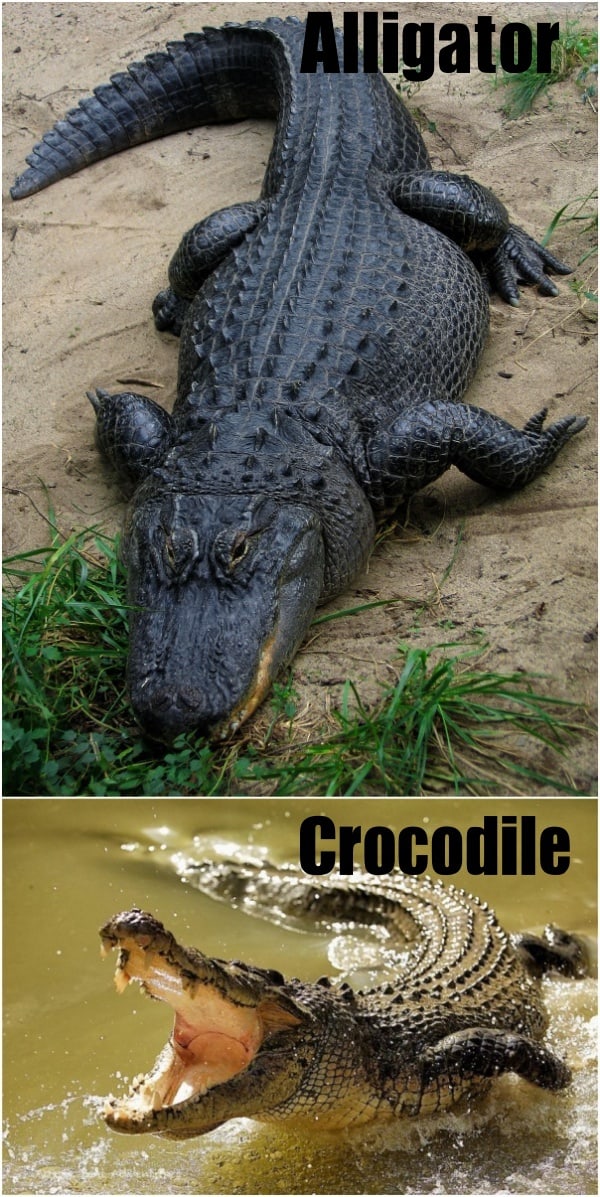 9. Behaviour
Crocodiles are said to exhibit more bellicose behaviour than alligators. According to a study conducted by Charles Darwin University in the Northern Territory, Australia’s saltwater crocodile Crocodylus porosus has been named the world’s most aggressive crocodile.These reptiles come in the category of Strongest Animal Bites In The World In Terms Of PSI.

10. Size
Crocodile:4.3-6 m
Alligator:3-4.5 m
A fully grown crocodile is longer than an adult alligator. Crocs grow to a length of about six meters while alligators reach a maximum length of four and a half meters. 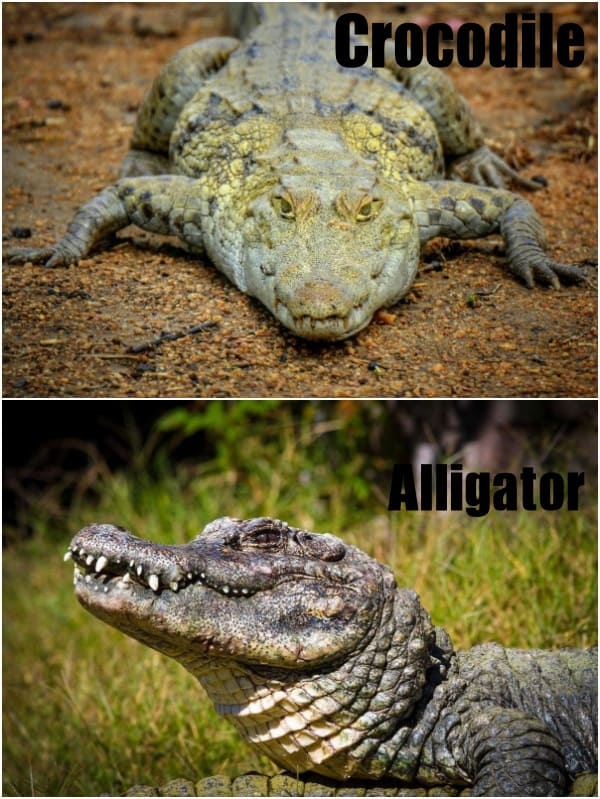 11. Distribution
Typically, crocodiles are found in the tropical regions of Africa, Asia, North America, South America and Australia while alligators are found to extend as far north as the southeastern United States and the Yangtze River(People’s republic of China).Crocodile know how to maintain his body temperature so they come into the list of cold-blooded animals.
(Fact: Florida in the USA is the only place where crocodiles and alligators coexist with each other.)

12. Habitat
Crocodiles can tolerate saline waters better than alligators who prefer to reside in freshwaters. The main reason for this adaptability in the crocodiles is due to the presence of functional salt glands on the tongue immediately below the lingual epithelium. These glands help in maintaining ionic homeostasis by excreting excess sodium and chloride ions. The alligators do possess these glands but they have lost the ability to use them.

(Tip: If you want to outrun a crocodile follow a zigzagging pattern since the reptile can’t make the quick turns or you can even run in a straight line as they can achieve 12–14 kph for short periods which is slower than a fit human can run).