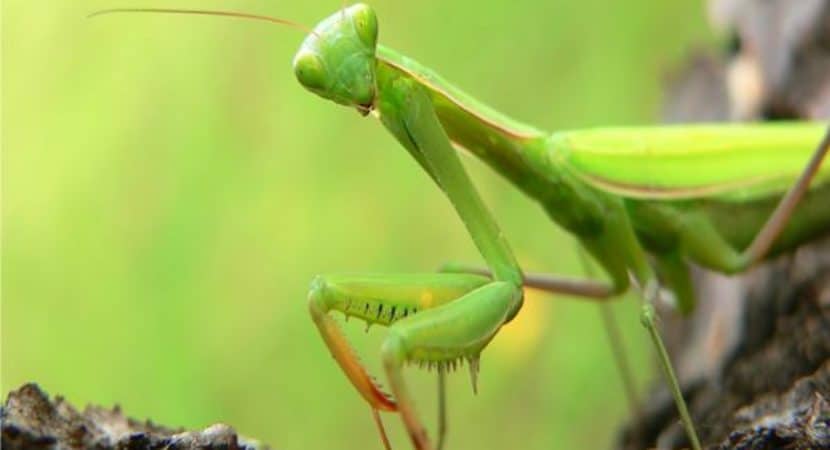 Whenever we think of insects, we think about a small creature. But they can be large too. So large that you can’t even imagine. It’s not an easy task to get a list of largest insects in the world. This is because many people make the list from a different angle. Some people make the list from the side of weight, some from the size and some from the side or species. But here we have chosen the size to make the list. Actually, size matters when we talk about the largest one. So just have a look and see whether you can identify anyone of them or not. Beware! They are the largest insects in the world. But insects can be beautiful too, here are some examples.

We are sure if you haven’t seen any of them in front of your eyes, it will be tough for you imagine how big they are. You will hardly be able to call them as insects from the next time. Let’s scroll down.

Largest Insects in the World: 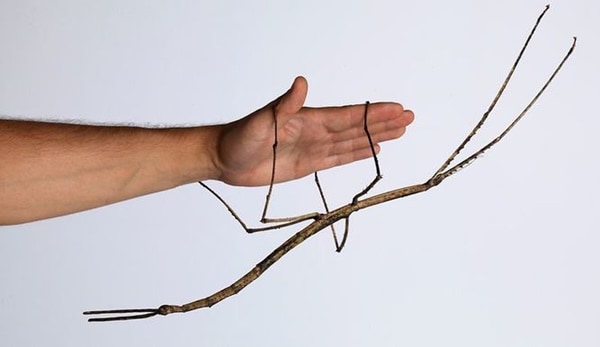 Have you ever heard of a stick insect? Yeah! it almost looks like a piece of stick and this one is an example of it. They are really awkward and hard to believe as an insect until you see them moving. This insect was found in China and named after the famous scientist Zhao Li. Even a newborn offspring is about a size of 24 cms. 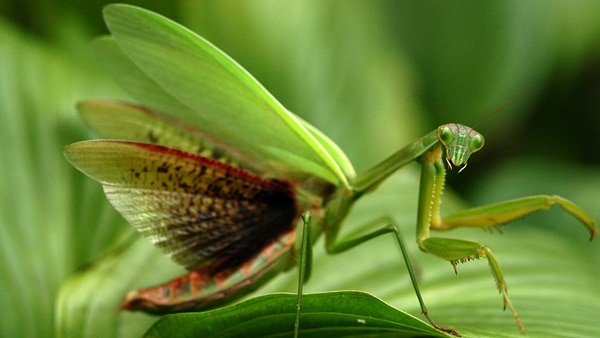 According to the scientists, a praying mantis can grow up to the 20 cms long but still now the largest praying mantis found was 18 cms. Again it’s in the bag of China as the largest one in the world was found from China. It is a carnivorous insect and feeds themselves on other insects. Even it is said that large praying mantis can consume small reptiles and other small mammals and birds. 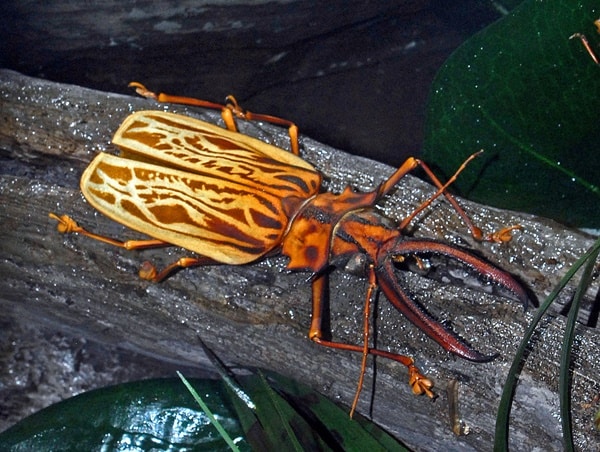 It is regarded as one of the largest beetles in the world. Popularly it is also known as ‘Sabertooth Longhorn beetle’. They spent most of their life in larvae and it can last up to 10 years. This insect is mainly found in the rainforests of Colombia, Equador, Peru, Bolivia, Guianas, and Brazil. Some pictures of other animals found in rainforests. 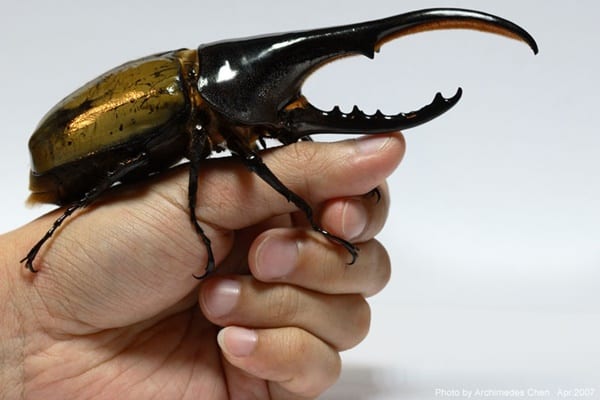 Probably you have heard of this one as Hercules beetle is very popular. It is the largest one among the rhinoceros beetles. Actually, the most of the part of their body size is due to the long horn. They are sexually dimorphic which means male and female slightly differ from each other. Due to their huge size, they can hardly bear their body mass and so their movement is very slow. 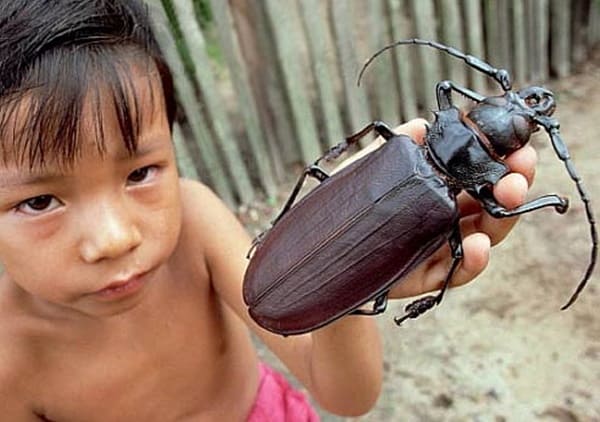 Maybe you have heard them as the largest insect in the world but actually, they are not in full size. But the body of the titan beetle is larger than the Hercules Beetle and Macrodontia Cervicornis. But remember it is one of the mysterious creatures of the world as their larvae have never been found till now. They are found in the deep rain forests of Venezuela, Colombia, Equador, Peru, North Central Brazil and the Guianas. 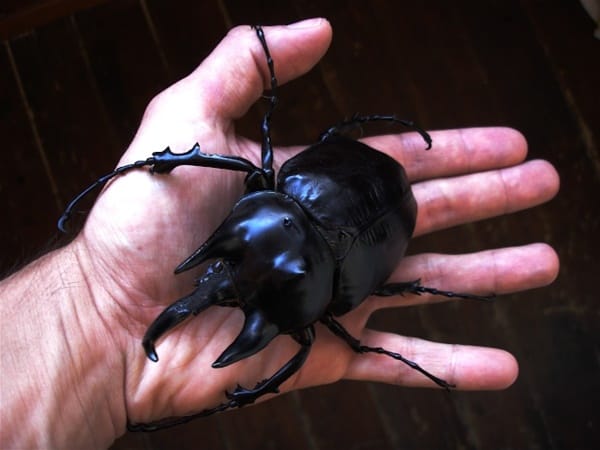 It is also from the rhinoceros beetle family and named after the famous Theban hero, Actaeon from the Greek Mythology. They have a bulky body and are mainly found in South America, Brazil, Columbia, Equador, Guana, Panama, Peru, Venezuela etc. the males are bigger than the females. 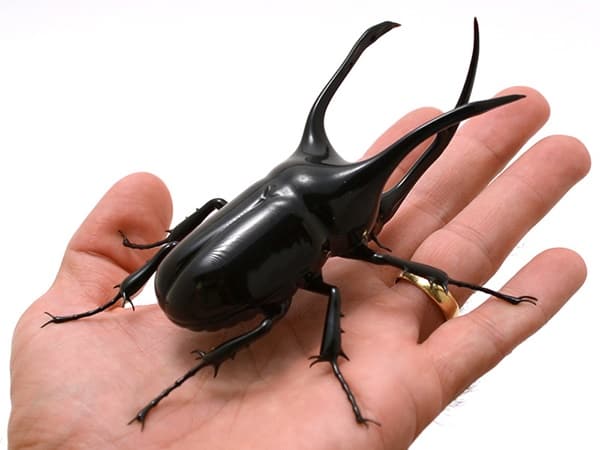 Yeah! you can easily tell that they are named after Atlas from the Greek Mythology. The larvae of this Atlas Beetle is very fierce in nature. They may bite if touched. It is also known that if there is a scare of food and shelter, the larvae fights with each other to death. 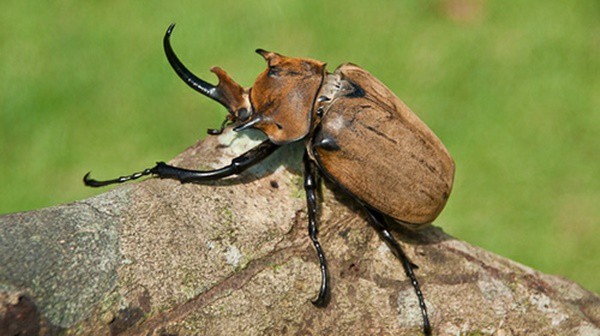 Elephant beetle may look a bit deep yellow in color but actually, it is black. They are covered with fine microscopic hairs that change the color. They are mainly spotted in the Mexico, Central America, and South American Rainforests. The males are 2-3 times bigger than the females. 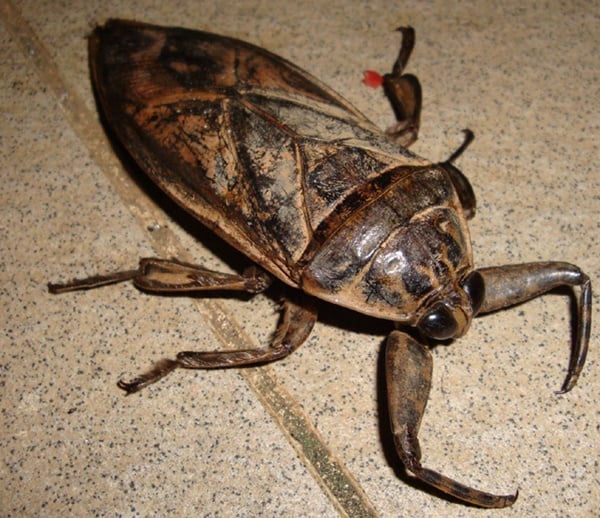 This insect is mainly found in the freshwater ponds or streams. Giant water bugs are known by different names in different regions, some of them are Indian toe bitters, alligator sticks, electric light bugs etc. Though this insect is found worldwide mostly they are spotted in North America, South America, East Asia, and Northern Australia. Even in some parts of Southeast Asia, they are eaten as popular foods. 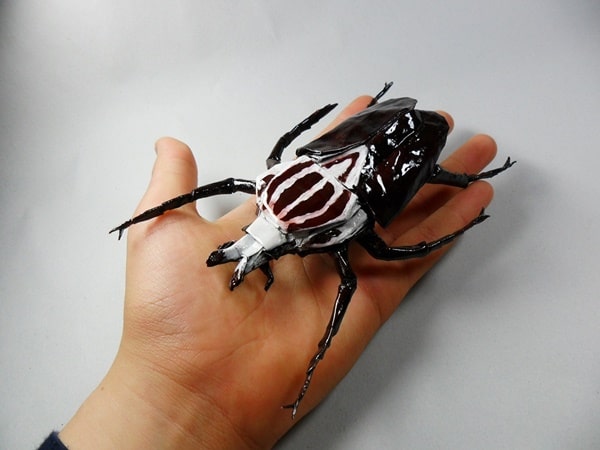 The name actually explains you their size. The males can grow up to the size of 11 cms and are found in Africa’s tropical forests. The color of the females is slightly different from the males and ranges from dark brown to silky white. Goliath beetle feeds themselves on fruit and tree sap. Check out some other animals of Africa.

Probably you are just looking around for one. No, it’s your luck if you see one. These insects are not that common you will see everywhere. So did this article with such interesting facts attract you? Do share this amazing article on largest insects in the world with your friends. Please do check out all our other interesting articles in the blog. We can assure you will be spending a good time on our blog.