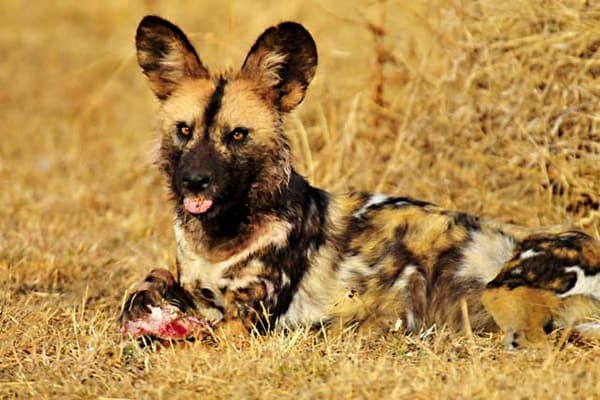 When we start discussing about Africa, we discuss that it’s the second largest and second most popular continent in the world. We talk about Sahara deserts and the Pyramids of Egypt again we listen to the stories of early civilizations that grew up in Africa.

But when coming to the part of animals, yes we name the lions, zebras, rhino, mambas and chimpanzee hardly. But there are many such amazing animals in Africa that we never heard of. Today we are going to discuss about some of these amazing rare animals and their characteristics. 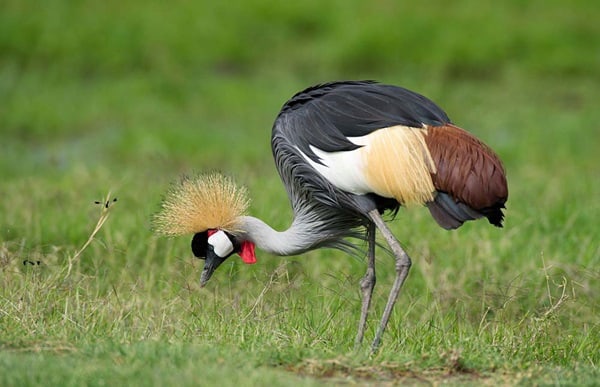 This bird is also known by its binomial scientific name Balearic regulorum. Mainly found in wetlands and open grasslands of Africa. They feed themselves on Insects, lizards, fish, grasses and amphibians. The lays 2-3 eggs at a time, which is probably the largest egg clutch of any crane species in this world. 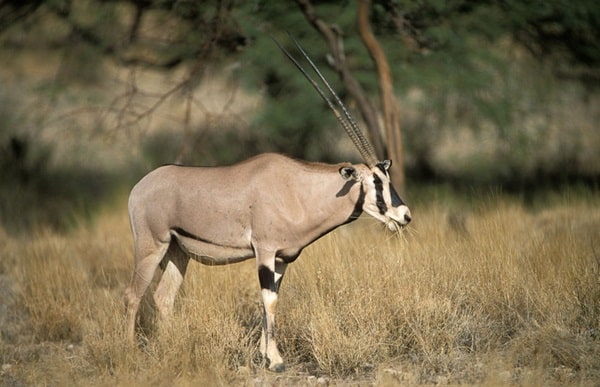 It is an amazing creature which habitats in dry plains and scrublands. They can regulate their body temperature and conserve the water in their body which they get from eating plants. Beisa Oryx or Oryx beisa beisa have two long horns which serve as a weapon for protecting them from predators. 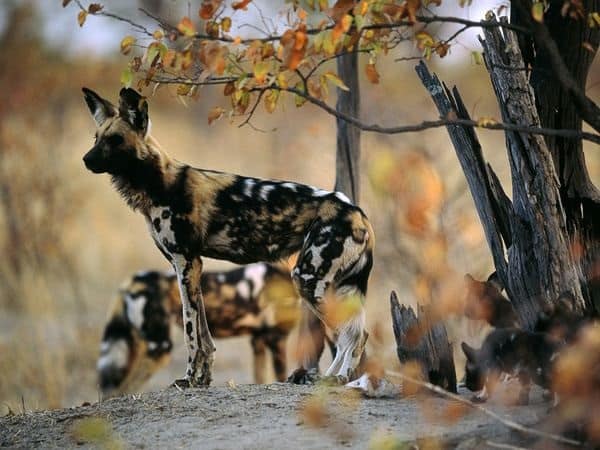 This is a very rare species of dog found all over the continent especially in the plains, bushy savannas, semi deserts, mountainous regions and woodlands. They are quite different from general canines as they have four toes instead of five. They have large round ears which help them hearing sounds from longer distances. They can run very fast with a speed of about 55km/h. 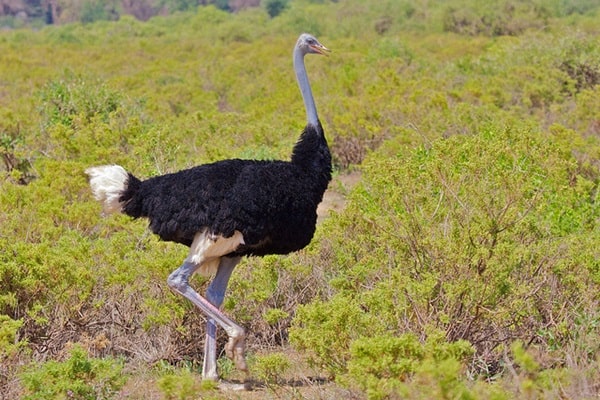 Ostriches are normally the biggest bird in this world with an average height of about 220 cms. Somali ostriches can run with a great average speed of about 70km/h. This species of ostrich are mainly found in the plains and dense bushy habitats. Somali ostrich can be differentiated from a normal ostrich by a white ring on the base of their neck which is seen in common ostrich but absent in Somali ostrich. 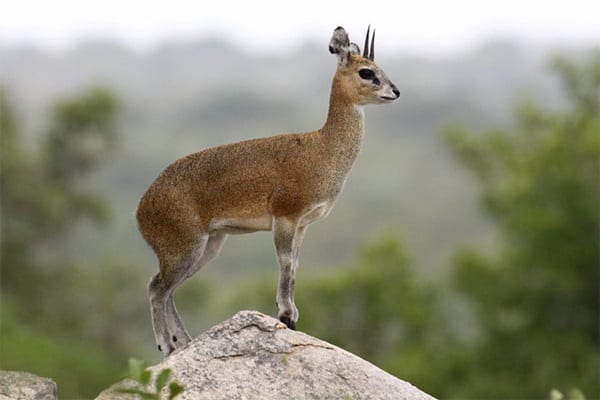 Klipspringer pairs are monogamous, that means they live in a pair until one of them dies. When this animal gets frightened, their fur stands up which makes their body seems bigger that they actually are. They are found in rugged, rocky areas with less vegetation. 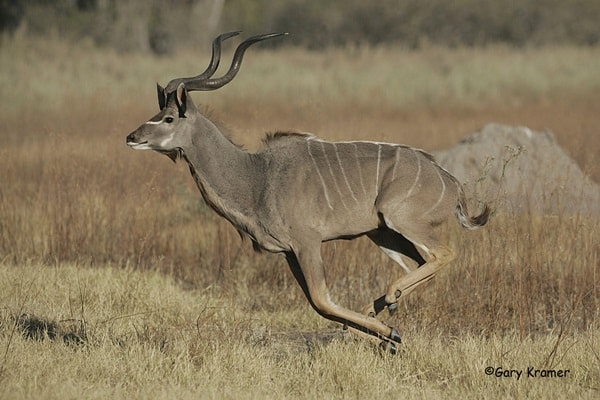 Greater Kudu is a very rare animal and seen only in some parts of Africa. They have long necks and the males have a pair of horns on their head. This animal is an excellent jumper and can jump easily on an average height of 2 m high. 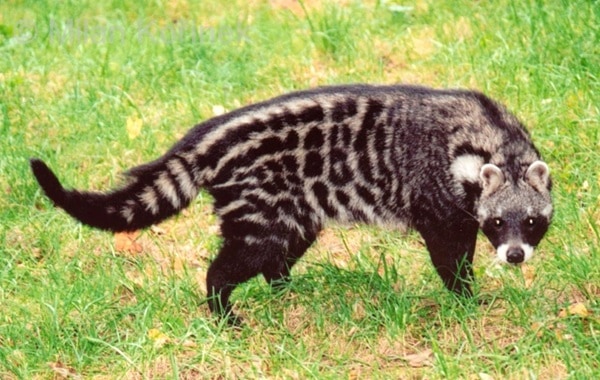 This unique creature is found on the lowlands, forests, open savannah and swamps all around Africa. They have different types of brown and black spots on their coat. They secrete a substance which is used for making perfumes. They mainly feed themselves on millipedes, small mammals and crabs. 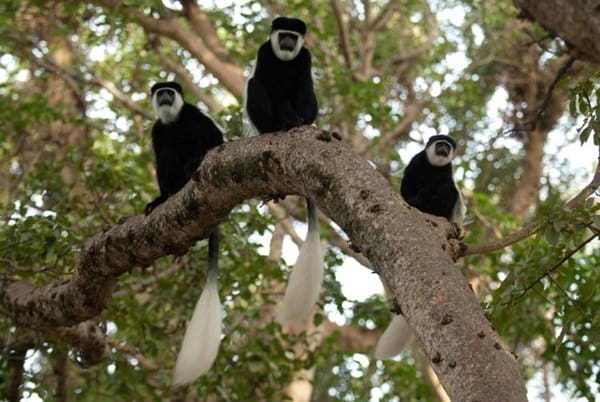 This is a unique species of monkey with long furry tail. These monkeys have no thumbs which are referred by their name ‘Colobus’. Like cows their stomach is divided into two pouches. Normally they spend most of their time in trees and rarely come down from the trees. 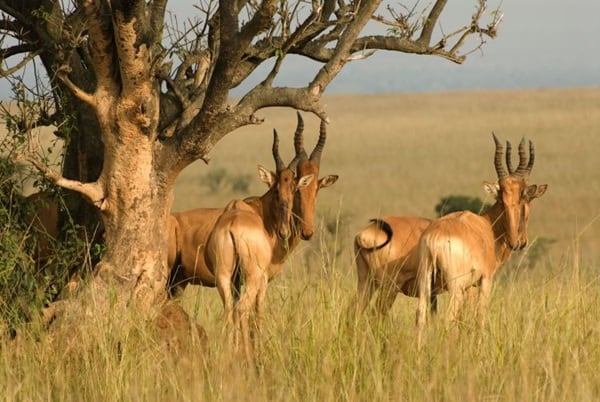 They are mostly similar like Greater Kudus but with a brown coating all over their body. They can easily reach to a speed of 70 km/h. Generally they are spotted in herds and the amount can reach up to hundreds and thousands. 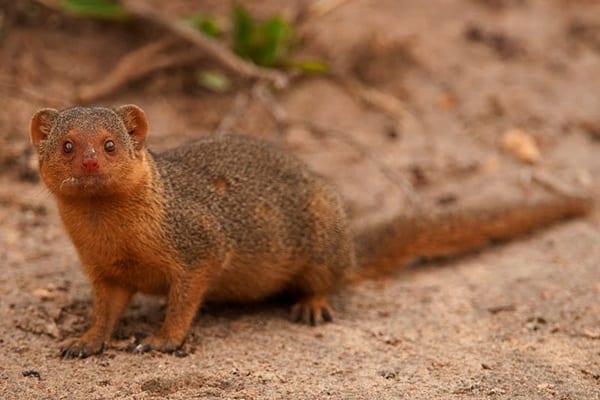 Dwarf Mongoose is a very cute animal with a very small size. They are found in savannahs, woodlands, and mountain scrubs etc. They are the smallest member of mongoose family and posses some extra ordinary characteristics and relationships with other animals.