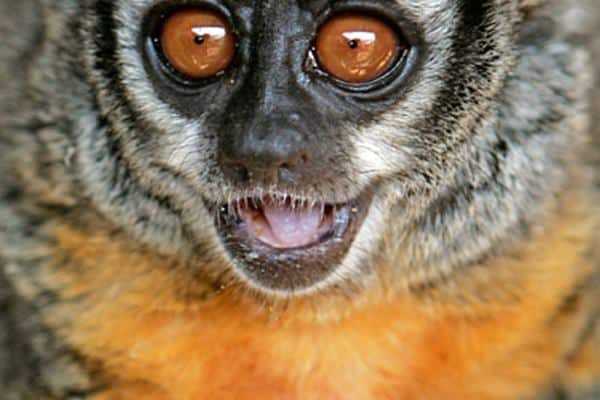 1. Baboon: Baboon shared 91% DNA similarities with the humans. Now you can easily get an idea how intelligent they are. They are often argued to be an ape. But according to science, they are monkeys with some amazing features. 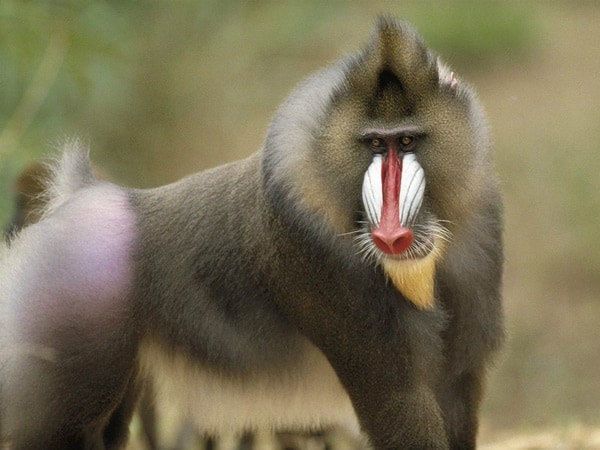 2. Emperor Tamarin: You have seen humans growing moustaches below their nose. But have you seen monkeys with moustache? This emperor tamarin comes with a big white moustache that makes them easy to recognize. They are native to Peru, Brazil and Bolivia. Actually, the monkey is named emperor because of the resemblance with German emperor Wilhelm II. 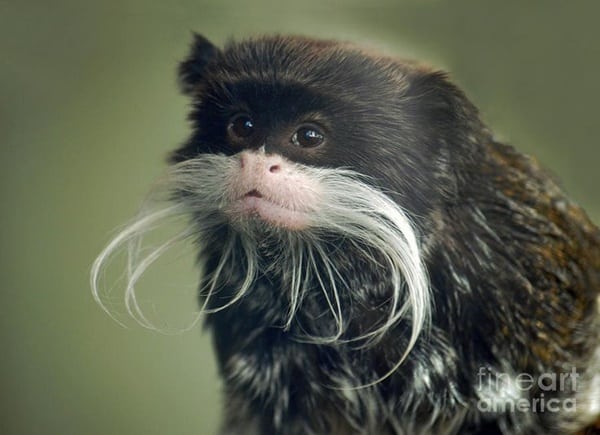 3. Noisy Night Monkey: The main characteristic of this monkey is that it is Nocturnal. Most of the normal
monkeys are active during the day but this noisy night monkey or owl monkey whatever you may call remains active during the night. They feed themselves on insects and move through the trees. They have very big eyes, which helps them to catch small insects. They are called noisy because of their hooting sounds at night. 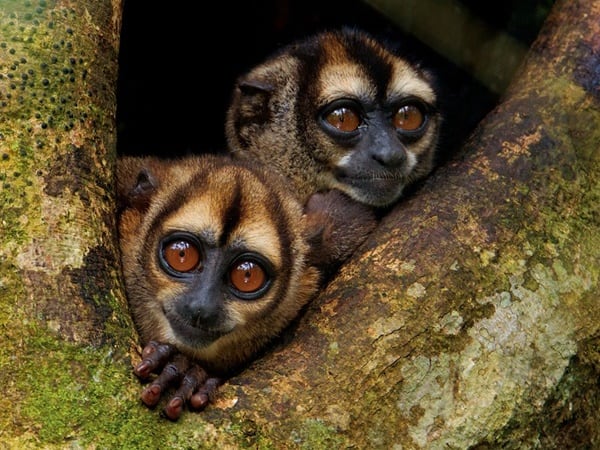 4. Spider Monkey: Monkey and spider? There is hardly any relation between these two creatures. But think about the spider-man? Yes if spider man were a monkey, he would be a spider monkey. Actually, this monkey always lives 80-100 feet above the ground and is found in the tropical forests of Central and South America. They have a long prehensile tail and long arms and legs. 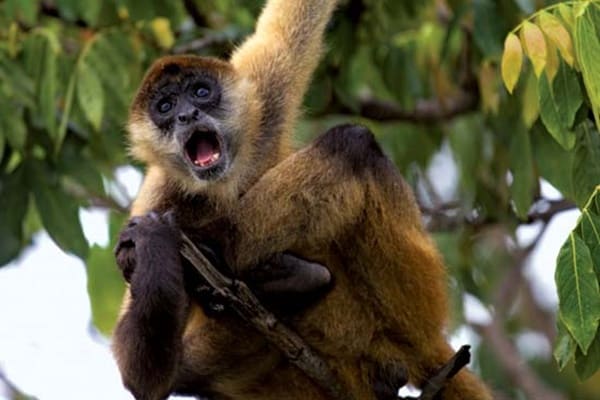 5. Japanese Macaque: This Species is also known as snow monkeys. They are known all over the world for their immense intelligence. They are the only animal other than humans and raccoons who wash their food before eating. They also have distinct eating habits and child rearing practices. These monkeys spend much of their time in hot springs to keep them warm in the cold weather. 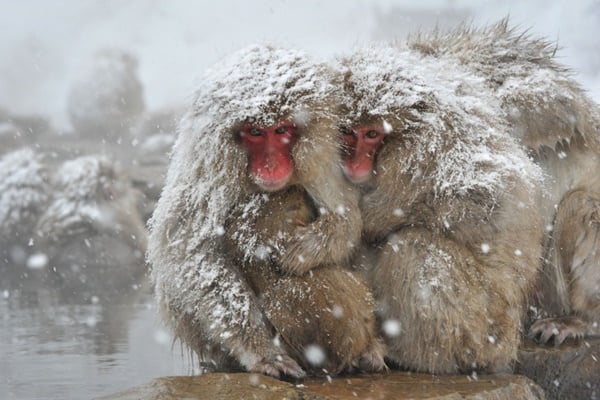 6. Howler Monkey: Now we will be talking about the loudest animal of this planet. They have super sized vocal chords, which helps them howl loudly. They can easily make themselves heard from about 3 miles away. They are native to the forest of Eastern Bolivia, Southern Brazil and Paraguay and Northern Argentina. They also have hyoid bone that is rarely seen except the dinosaurs. 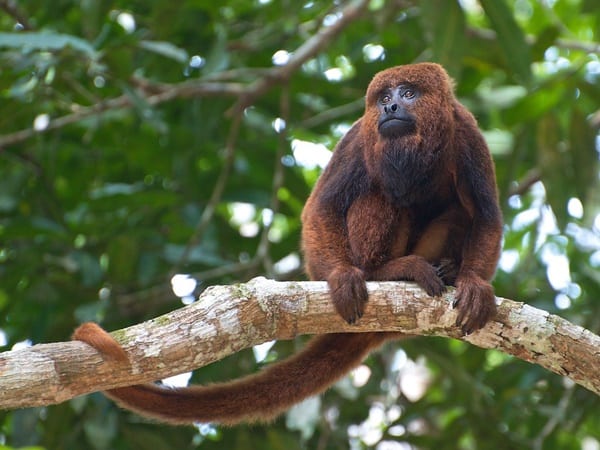 7. Rhesus Monkey: The first monkey species to go in space and you can easily call them as astronaut monkey species. They were mostly used for medical researches. Rhesus monkey is very intelligent and that’s the reason they were always taken for the use of science. 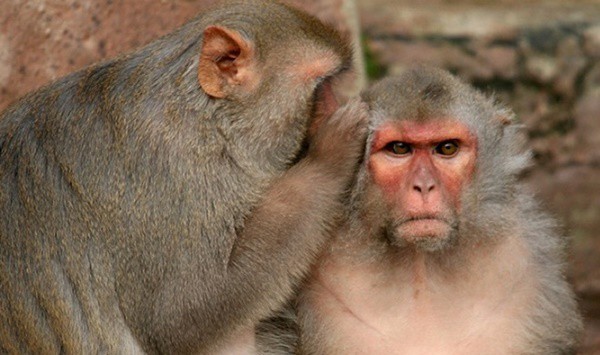 8. Proboscis Monkey: They are actually native to the Southeast Asian Island of Borneo. They are known for the humongous Schnoz, which they use to attract the female ones. This monkey spends most of its time in the trees but is also excellent swimmers. They are only monkey known to walk on the two legs for a long time. Even they have potbellies. 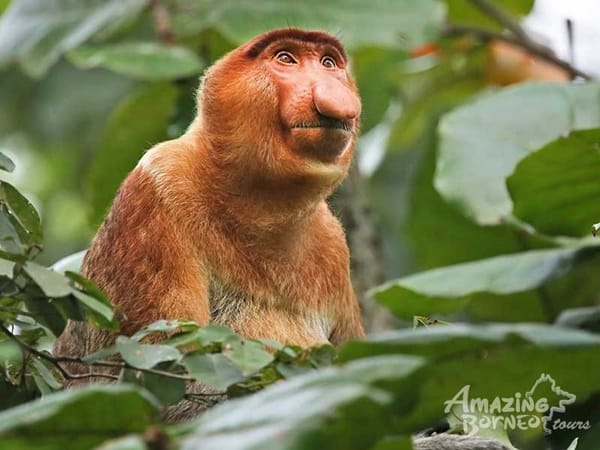 9. Marmoset: The body length of a marmoset is about six inches and the pygmy marmoset is the world’s smallest monkey. But they can easily jump more than 16 feet. Marmoset is a very awkward looking monkey that can even hang from your fingers. Carrying a marmoset in your shirt’s pocket is not a big deal. 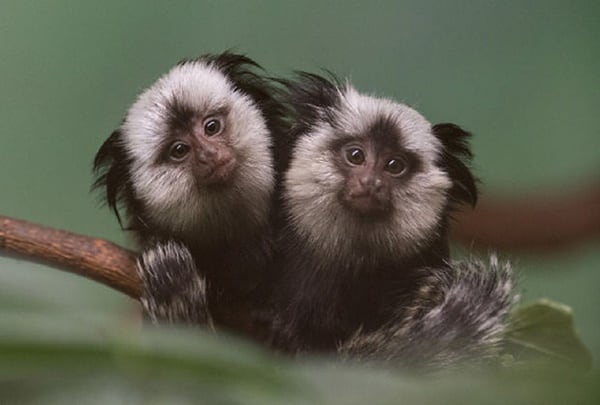 10. Capuchin Monkey: This monkey is so intelligent that they are often seen to serve the disabled. They are regarded as the most intelligent among all new world monkeys. They can plan anything for a long term and even can use various types of tools. Even you can’t believe them they are so intelligent unless you see their activities. 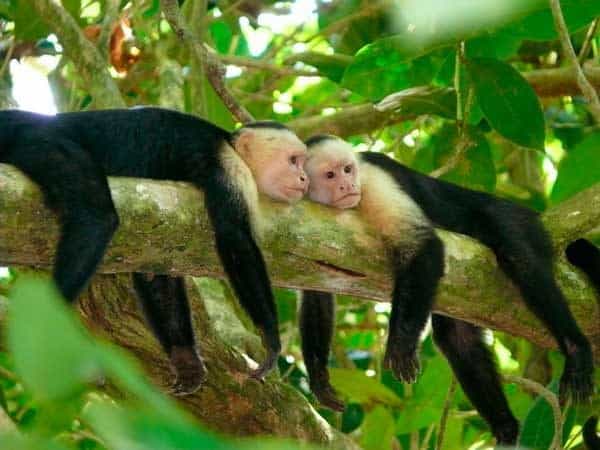 So it is proved that monkeys are no way less than us. They also live a very planned and intelligent but may be in the jungles. All these intelligent monkeys that we have included in the list will just increase your general knowledge. Monkeys are always great and they will remain great. Frankly saying, if we were monkeys thousands of years ago, we were also intelligent enough. So the main thing is that you can never argue that a monkey will not attract your concentration.