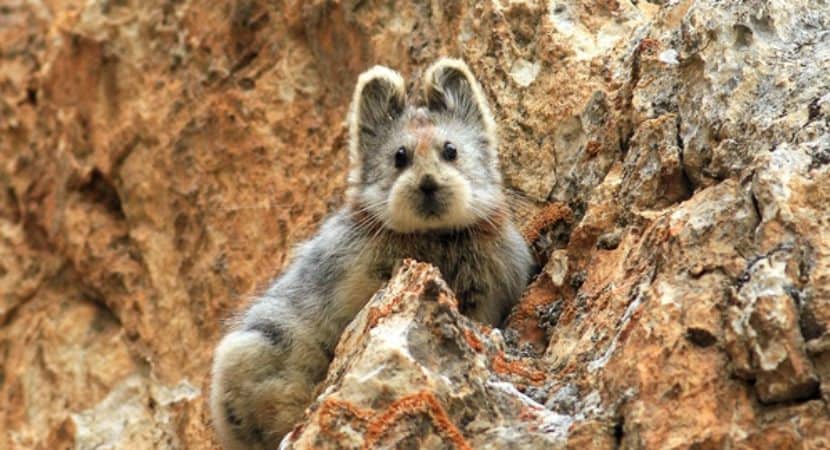 Do you know, each and everyday species are going extinct around the world? The more animal species will go extinct, the more will be the list of rare animals in the world. There are many beautiful animals around the world which we hardly get a chance to see in front of our eyes. In fact, you may even don’t know about them. So don’t miss out this article, as you will be knowing something which hardly few people know. Gear up your knowledge with this article and know about some rare animals in the world. After all, they are rare of the rarest.

If you follow the IUCN list of animals, you will find all these animals in the list of threatened species. So before they go extinct, we should try to protect and have a glance at them. Who knows, maybe you have never heard of them.

Rare Animals in the World: 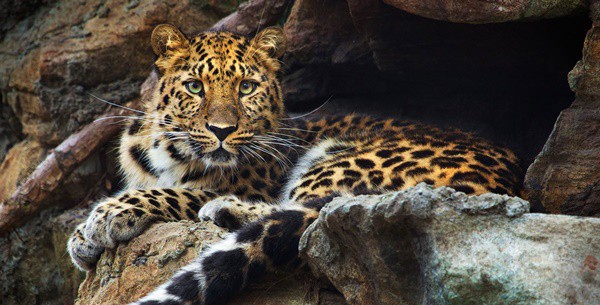 This species of leopard is only found in the Primorye region of Russia. They have a running speed of about 37 miles per hour which is similar to the other leopards. Amur leopard is also known by other names such as Far East leopard, Korean Leopard, Manchurian Leopard etc. According to 2007 report, there are only 14-20 adults and 5-6 cubs left in the wild. 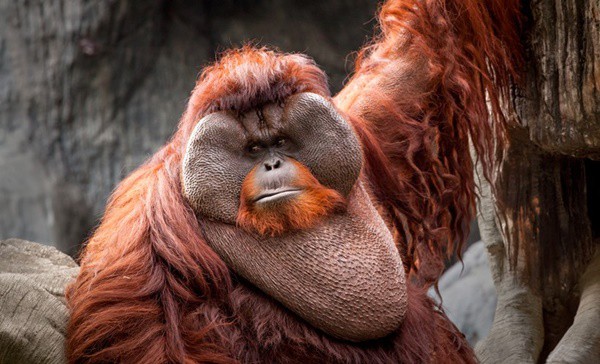 You can get an idea about their native place from the name. This orangutan species is native to the Island of Borneo. They are marked as critically endangered as their population has decreased by 60% since 1950. The main reason for this critical situation is habitat loss and illegal hunting. 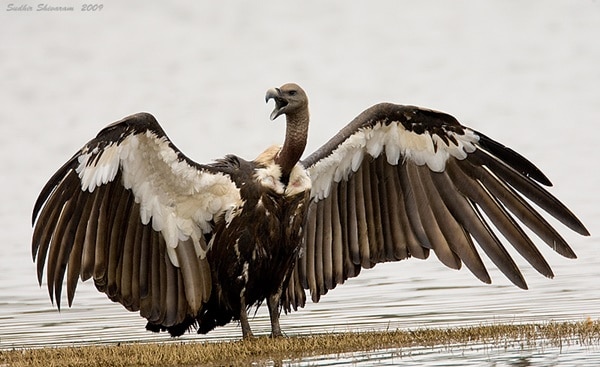 You can’t even imagine that this species of vulture is facing a dangerous decline in within a very short period since 1980. Their population has decreased by about 99%, marking it as the fastest declining bird in the recorded history. Though they play a major role in the ecosystem they should be given a great importance. 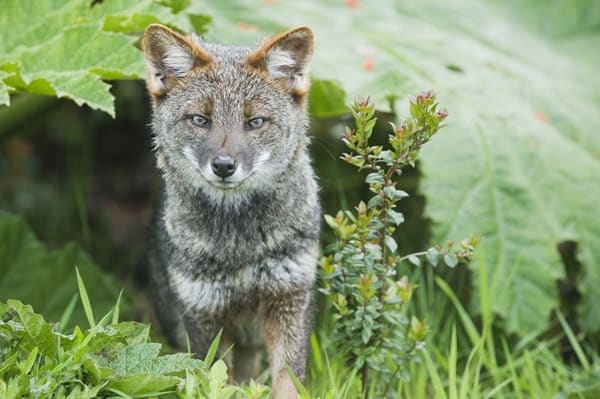 It’s not very hard to get that this animal’s name has been kept after Charles Darwin, the discoverer of this fox species. This is a short legged dark colored fox which is facing a declining population because of hunting and habitat loss. Check our article on the most beautiful fox species in the world. 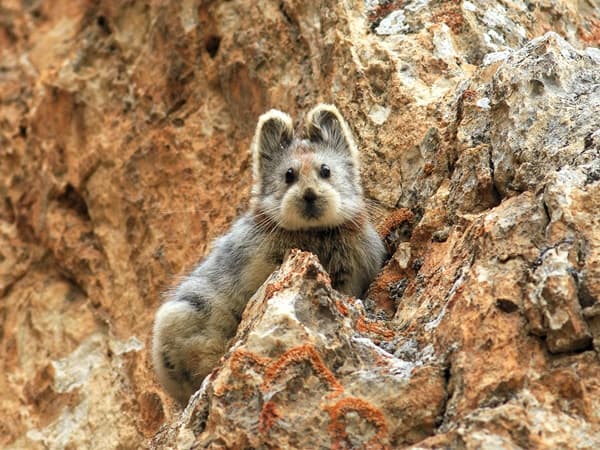 A very rare and small mammal that is found in the Tianshan Mountain Range of China. They are now about 1000 left in the wild and since its discovery in the year 1983, the population decreased by about 70%.

Pangolins are nocturnal creatures with scales covering their whole body. They can roll of themselves into a ball. Pangolins are mainly found in Asia and Africa and they survive by eating ants and termites. It is listed as one of the most trafficked animals in the world. 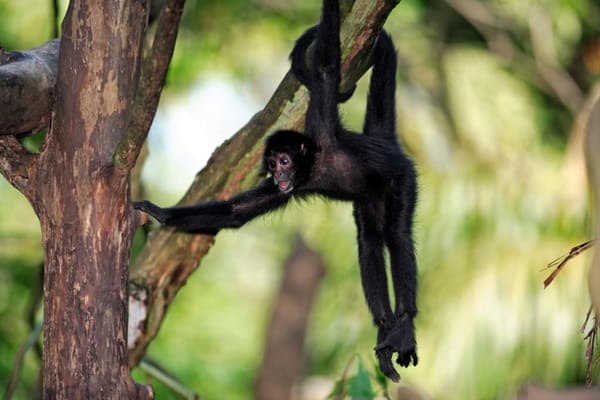 Again an amazing animal, that is mainly found near the north of Amazon river in the Eastern South America. It is believed by the IUCN that their population has decreased by about 50% in their last 45 years due to hunting, fragmentation, and destruction of rainforests. 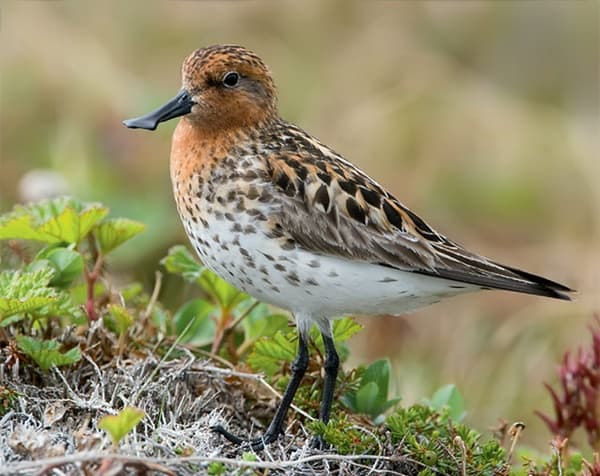 This bird is found in Northeastern Russia and it is assumed that there are only about 1000 of this bird species left. Spoon-billed sandpiper is a small bird and is found wading through the shallow water all the time. 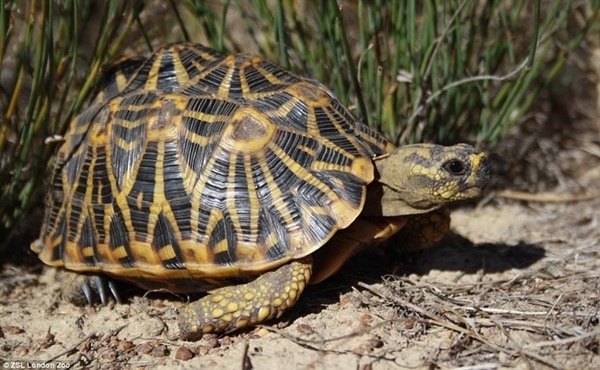 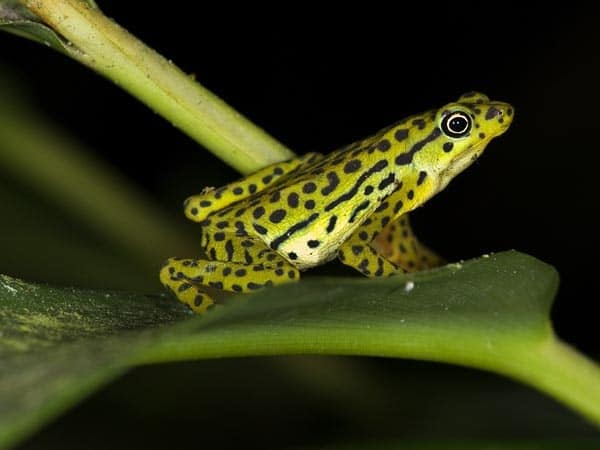 It is known that this frog species is very rarely seen as they were mainly found in the Equador region. They suffered from Chytridiomycosis and resulted in population decline. Now it can be seen in Gorgona Island commonly but in a low population. 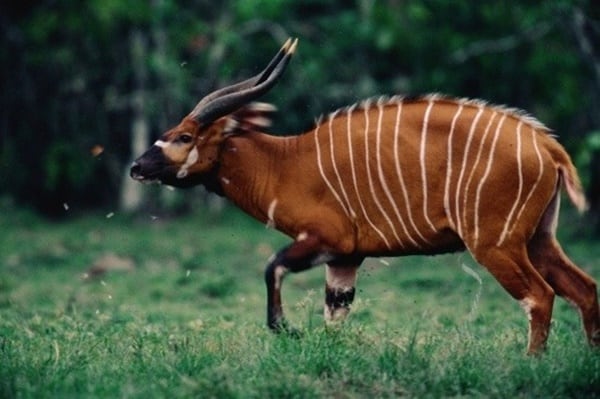 The Saola which is often called as ‘Asian Unicorn’ was first discovered in 1992. This Saola is so rare that the scientists have seen this animal only four times in the wild. Very little is known about this creature. They are suffering from excessive hunting and fragmentation of their habitat. 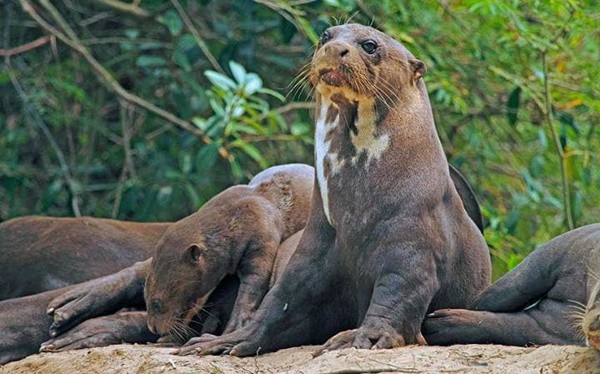 Giant otters are found in South America and are the largest otter species in the world. There are about few thousand left in the wild with a declining status. It is said that this giant otter is a very smart animal and are skilled hunters. 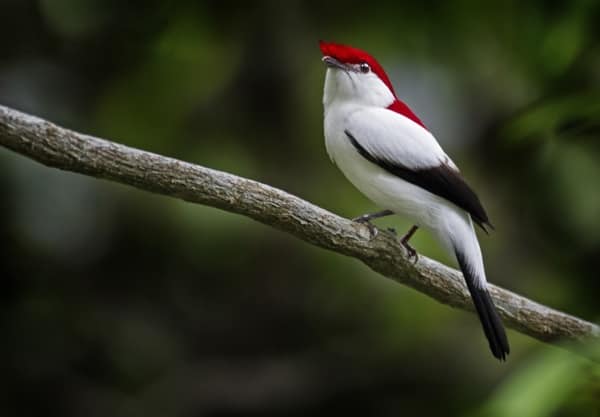 This very beautiful bird is mainly found in Brazil and today about 780 Araripe Manakins are left in the wild. They are suffering from massive habitat loss and other activities. 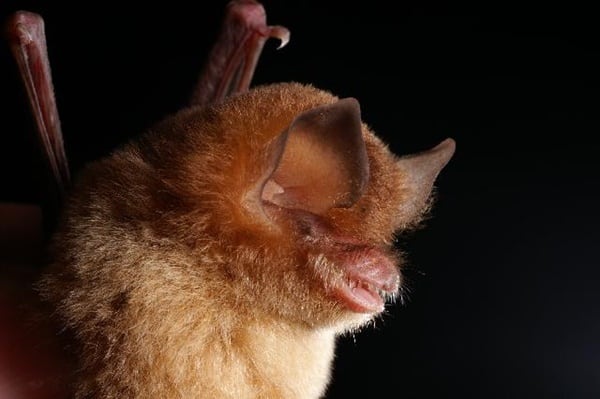 This kind of bat is only found in Cueva La Barca in Cuba. It is expected by IUCN that there are about only 100 of this bat species existing in their native place. It’s very sad and this bat is rarely seen because of this reason. 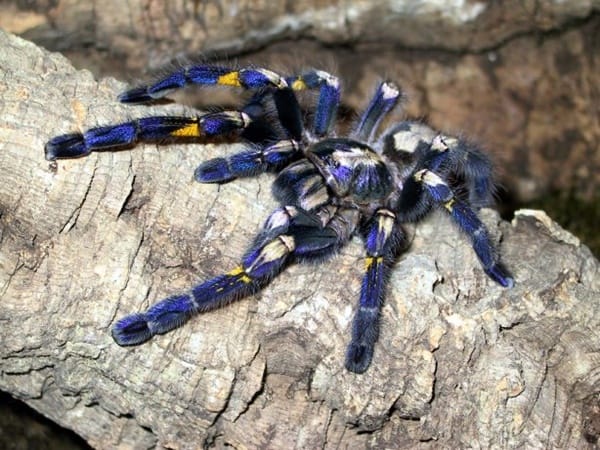 Gooty Tarantula is only found living in Sri Lanka and Southeast India. They are also known as peacock tarantula because of the body color. There are various reasons for their endangerment and now they are rarely seen or traced. It is also regarded as one of the Old World Species of Tarantula. 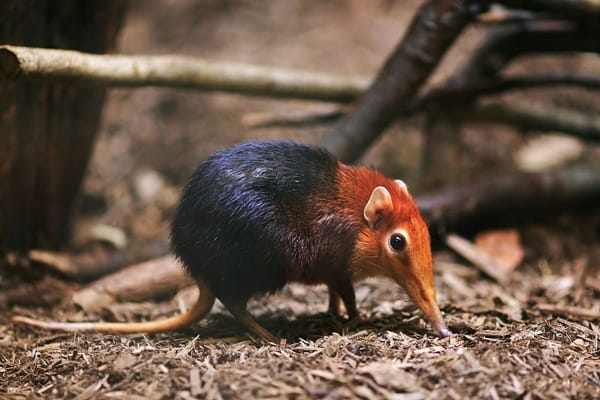 After having a glimpse of the picture, your confusions will be cleared why this jumping shrew is also known as elephant shrew. They are actually critically endangered now and are only found in Boni-Dodori Forest in Kenya. This animal is so cute. 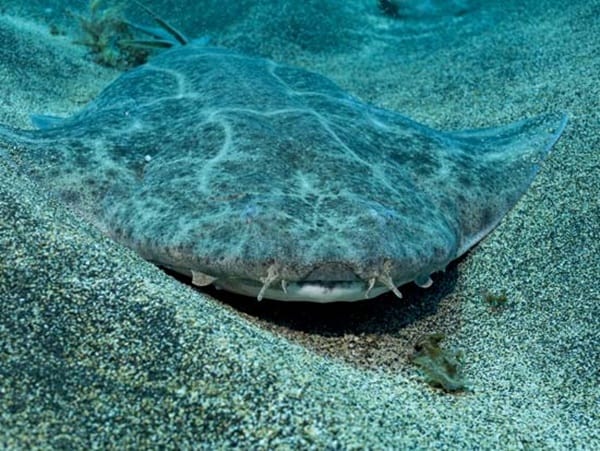 This fish looks like Ray more than a Shark and inhabits in the Atlantic Ocean, Mediterranean Sea, Black Sea. But they are now rarely found due to excessive fishing practice. 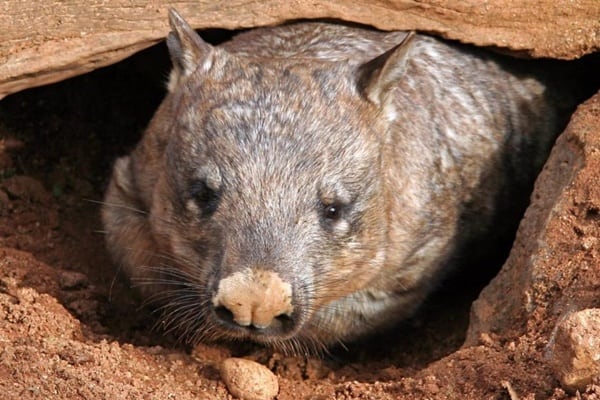 To see this animal in real, you will have to go to Epping Forest National Park which is situated in Australia. Yes, you can’t see this animal elsewhere because only some 115 of them are left in the wild here. 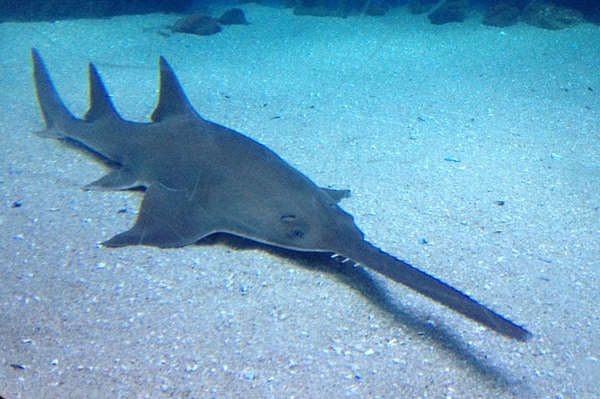 Though you will get shocked by seeing this fish as it looks so amazing. But nothing to get afraid of as their snout is mainly used for foraging of foods on the ocean floor. 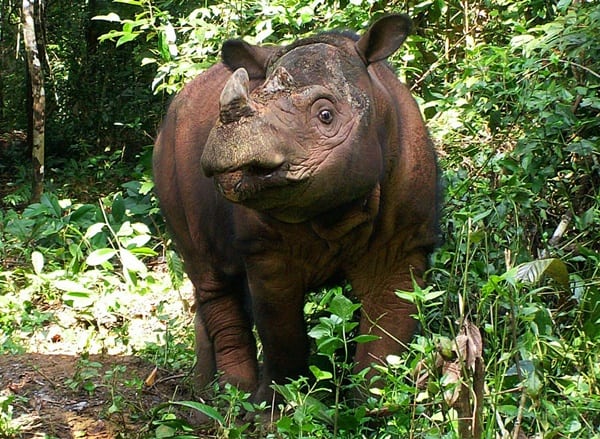 The Sumatran rhino is very famous for their horn and this is the main reason for population decline. Their horn is used for making traditional medicine and now only 200 of these rhinos are left in Malaysia and Indonesia.

So are you really wondering about these animals? Yes, maybe you are sad because of their daily declining level, but still, they are beautiful. We all animal lovers should come together to save them and help conservators protect them in the wild. These rare animals in the world are our treasures and we should protect them.