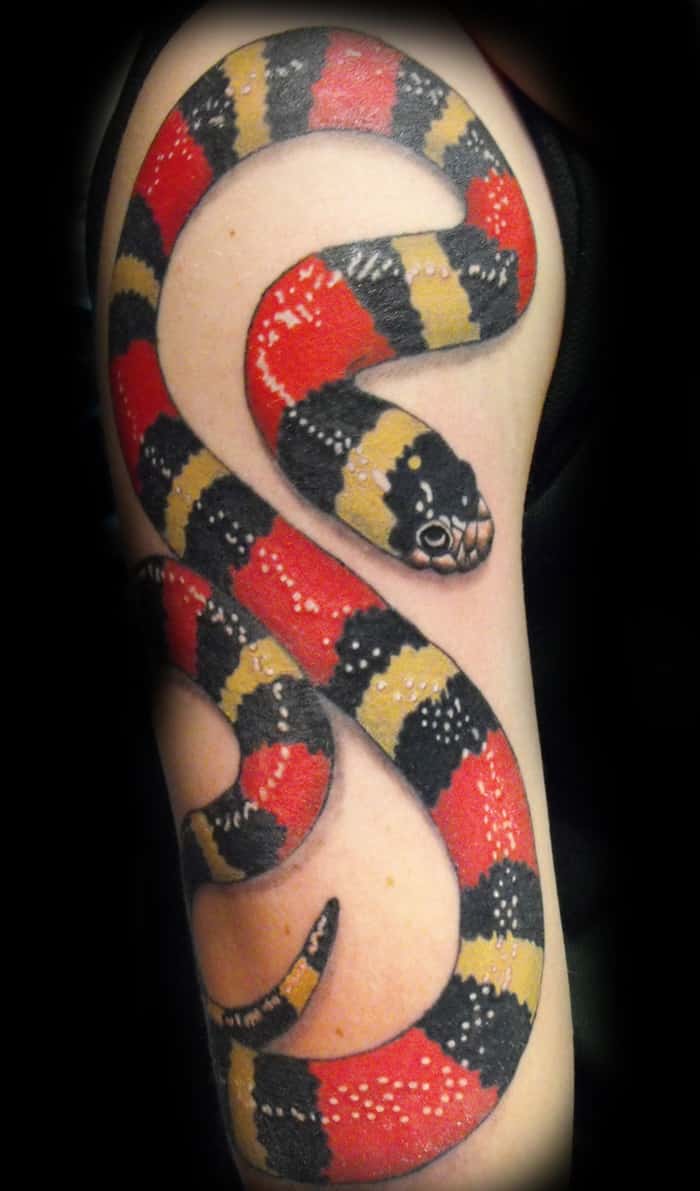 Snake tattoos are one tattoo design that you will find hard to ignore in spite of the fact that is not one of the mainstream tattoo designs. Often found to be popular among men, you could however find some women also going for the snake tattoo. Similar to the other tattoos based on living beings, the snake tattoo has meanings that are rooted in the actual being tattooed, which in this case is the snake. Snake tattoos can be put together in many different ways.

We will take you through the type of snake tattoo designs and also some of the meanings that are attributed to this tattoo. Snake tattoos have many meanings – some positive and some negative too. Snakes as we know have a lot of symbolism associated with them in many old cultures. They have been part of folklore, myths, legends and other stories. Some of these stories attribute the snake with negative connotations while a few have positive connotations too. 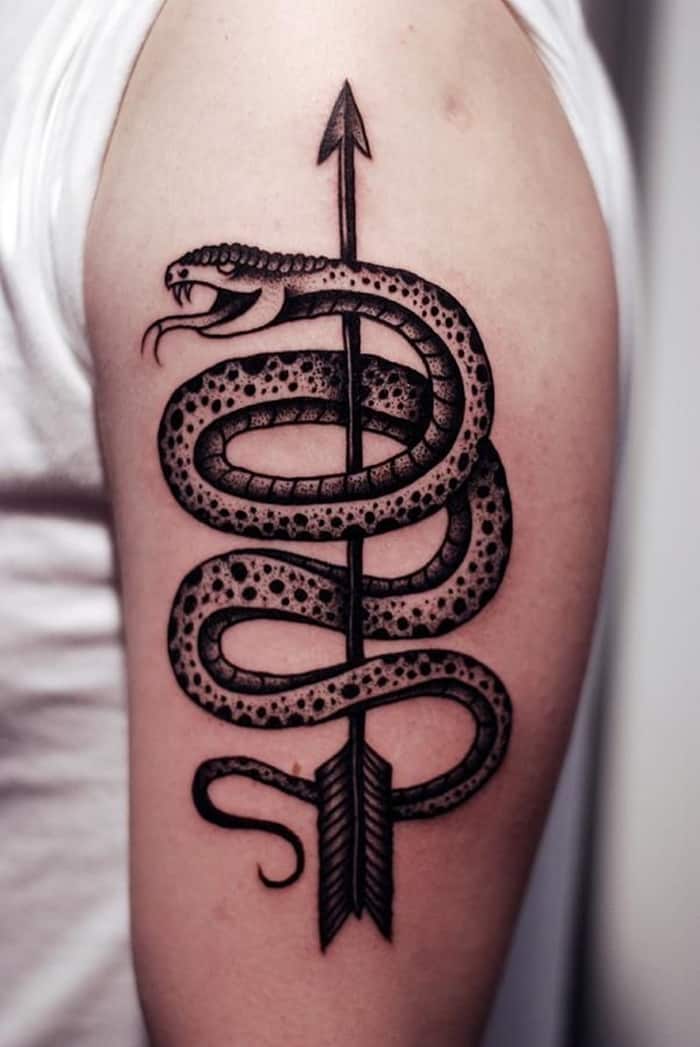 As far as snakes are concerned they are pretty much misunderstood and thereby an aura of danger is attributed to them. Though some of the snakes are dangerous, most are not harmful to human beings and are actually known to be shy of the human world. The chances of a human being bitten is more when you have been handling or associating with them and not otherwise. Snakes are creatures of the dark and more prone to coming out in the dark.

Of the many ways snakes have been portrayed one that stands out are the tales in the Bible where the snake (or serpent) plays a role in tempting Eve to go for the fruit that was forbidden. Thereby snakes are seen to represent desire, sinning and temptations that are evil. 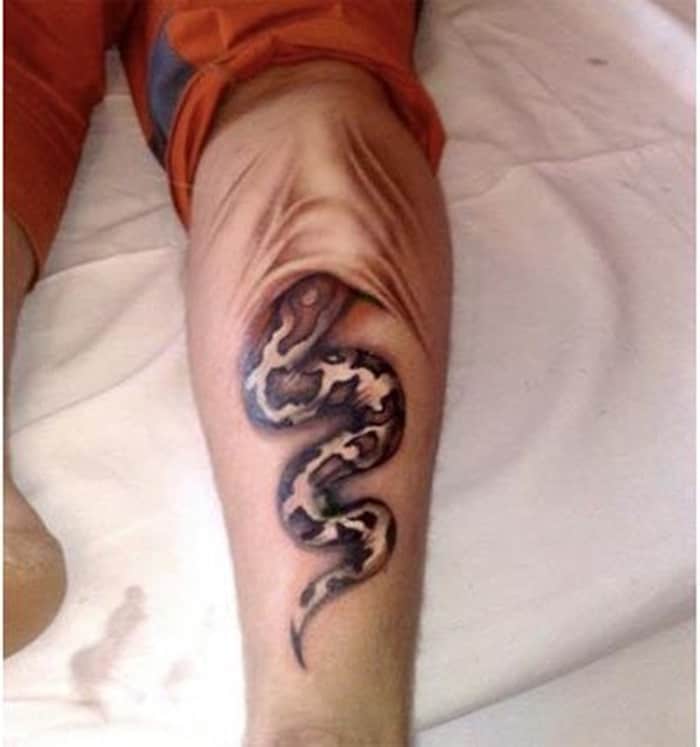 As we mentioned earlier some species of snakes are so lethal that they can kill with one bite, some among them being the rattlesnake or the cobra. They can be found across countries. Due to the fact that their bite often a snake will be associated with venom. But snakes have also had some positive meanings including wisdom and also fertility. Plus snakes are also attributed with the quality of being smart when it hunts. In many cultures like the Native Americans as well as the Africans, a snake is sacred. Plus they are known to have had a hand in the creation of the universe itself. Since snakes are both feminine as well as masculine, snake tattoos are worn by both the genders.

Significance and symbolism of Snakes:

Chinese: Among the Chinese they are part of the Zodiac and those people born in years like 1905 and thereon years that come 12 years apart are considered to be born under the snake sign in the Chinese Zodiac that contains 12 signs. Under this the snake is considered to be secretive but not associated with evil or danger. 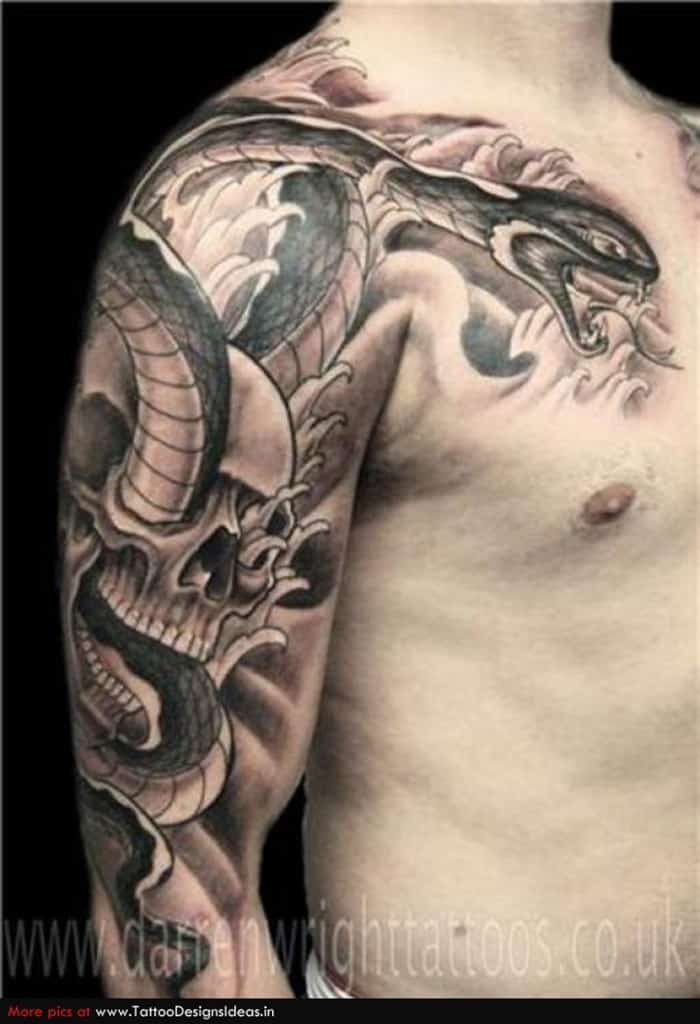 Egyptians: In this culture and as per the finds of the past, the snake has been shown as eating its own tail. This is supposed to mean the cycle of the universe or the cycle of life itself. It shows the changing of seasons and how everything in life is a cycle.

Rebirth: The attribute of the snake to shed its skin on a regular basis also means that it is linked with rebirth or renewal. Many snake tattoos also represent this aspect of the symbolism of snakes. 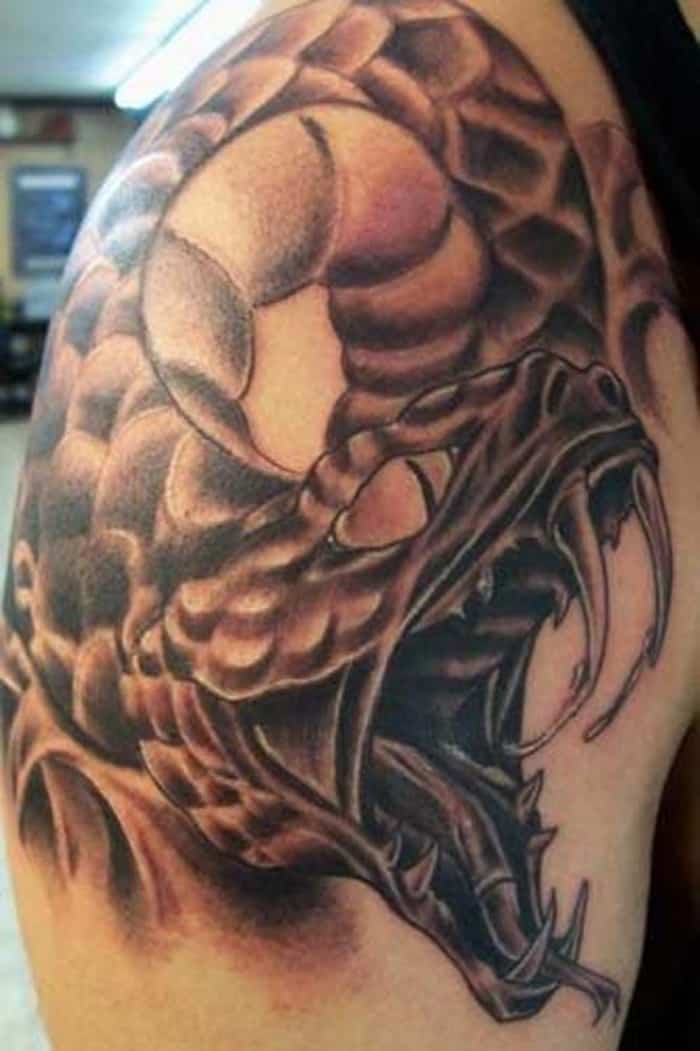 Since there are so many cultures that have some meaning attached to the snake, the tattoo with this motif has both positive and negative connotations. Here are some meanings associated with the snake tattoo:

Any of the above given symbolism can be attached to a snake tattoo as per the way you think and what motivates you to get it. You may go with the Chinese zodiac way or for any other culture that touches upon your life. But do make it a point to think, research and evaluate before you finalize on the snake tattoo design that you are going with. 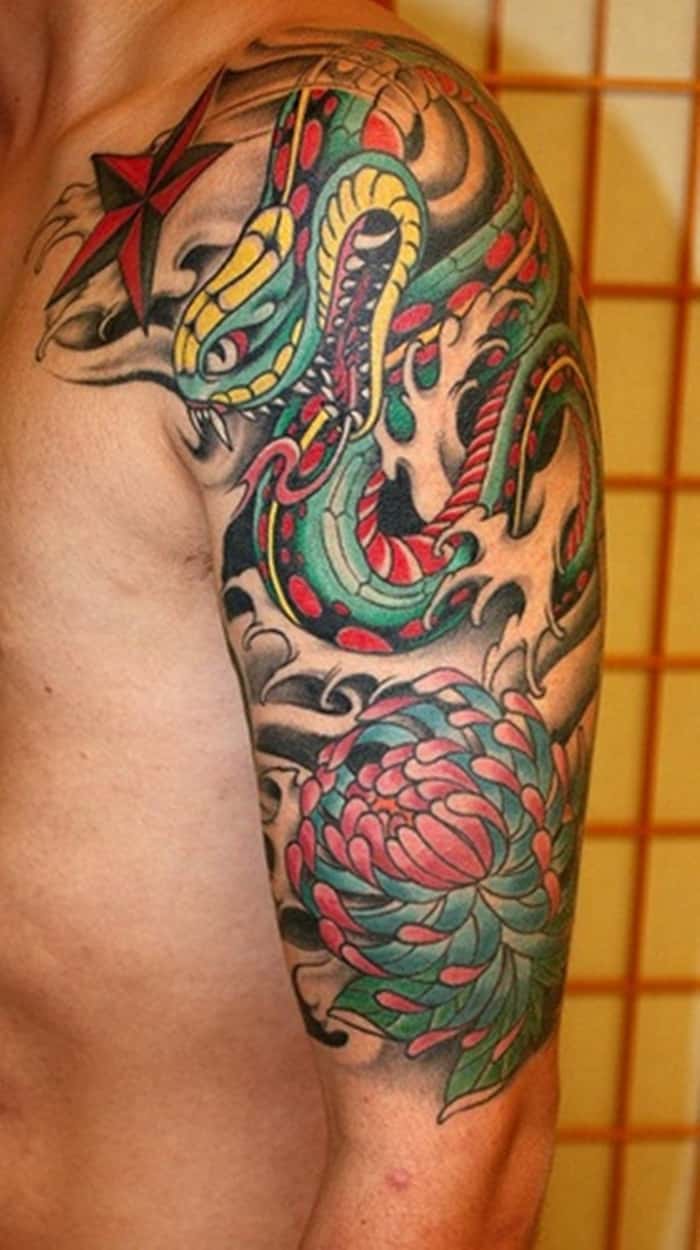 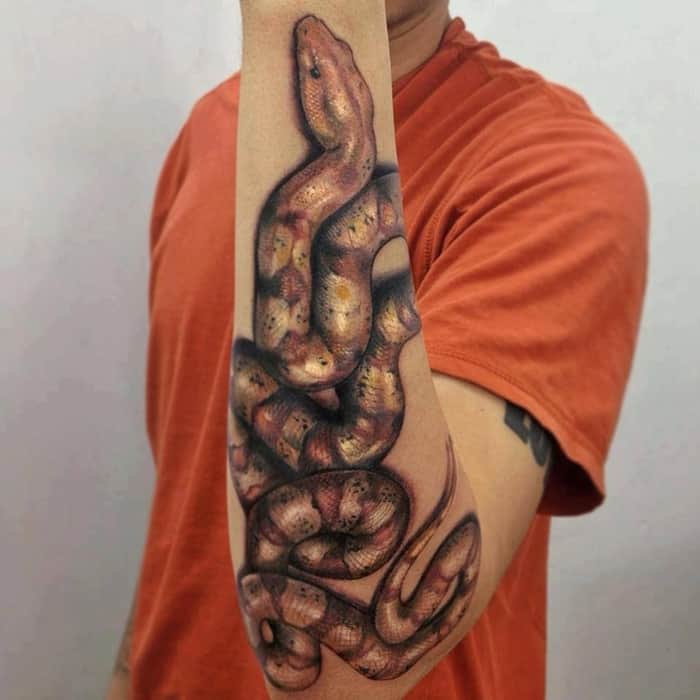 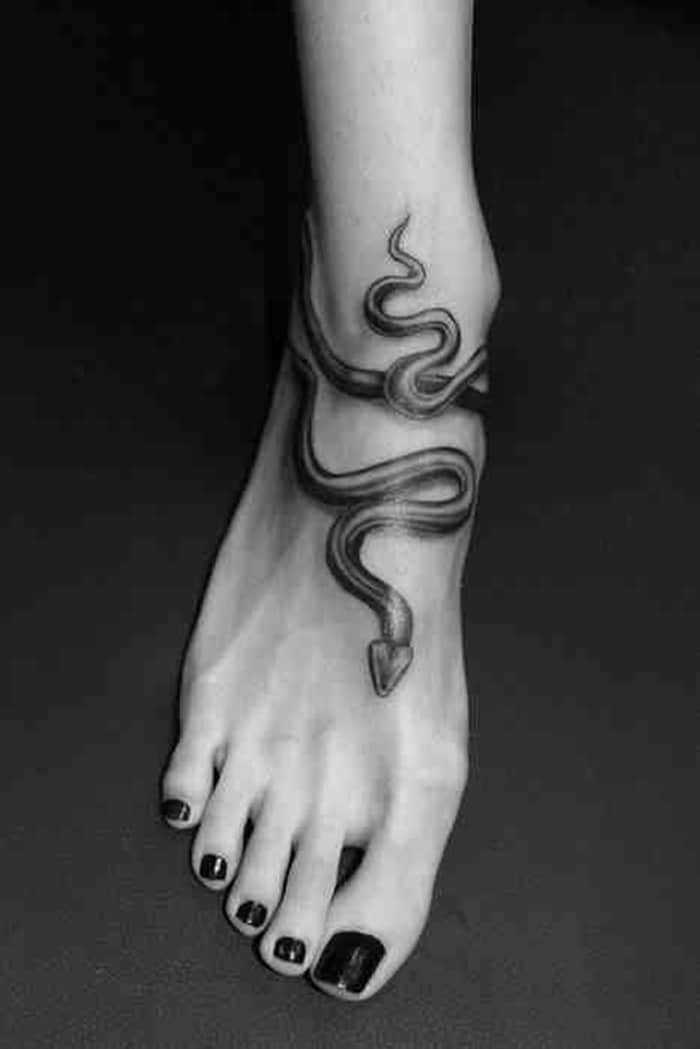 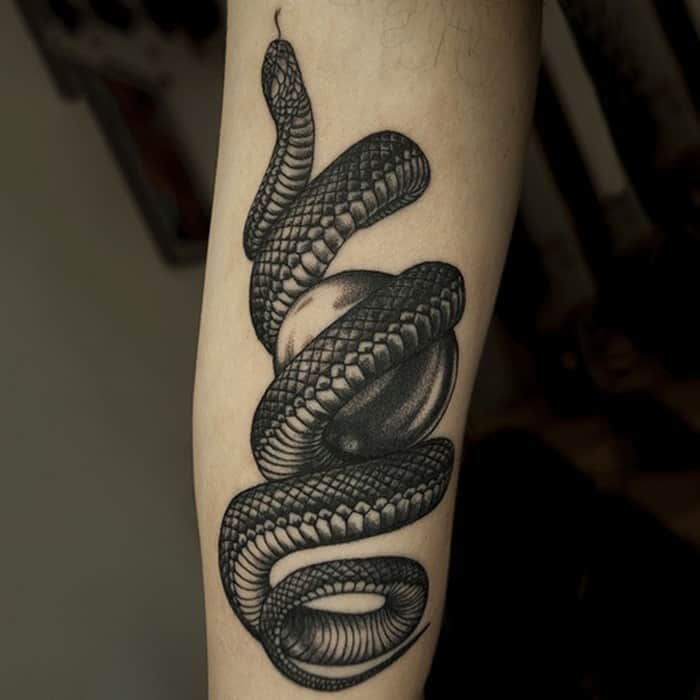 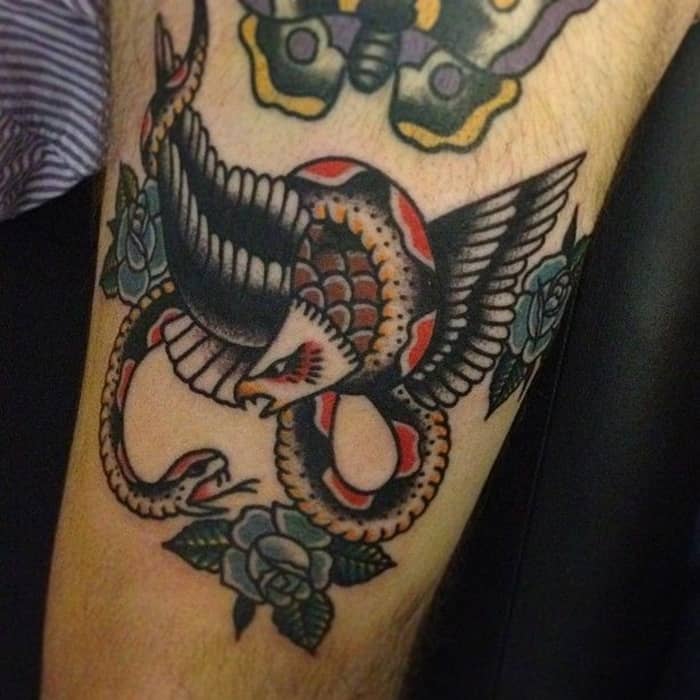 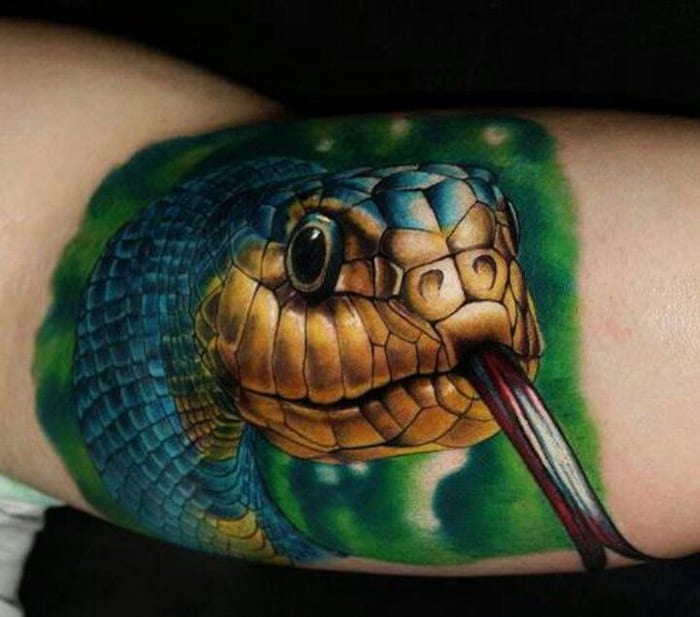