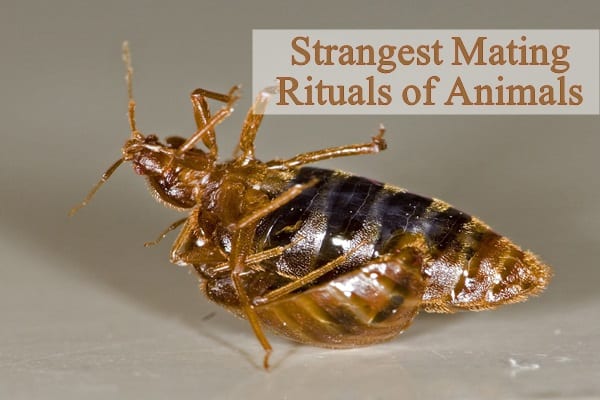 There has been a lot study on the mating habits of the human being but have you ever thought about the mating routines of animals. Well, you may find it heartening to know that even animals have weird ways in which they copulate.

The Strangest Mating Rituals of Animals 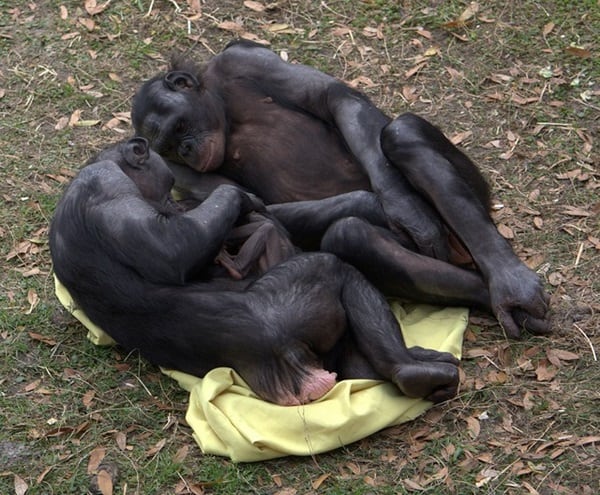 Banana Slugs: Their appearance is almost like what comes out of your rear end when you have tummy trouble and this is not the weirdest thing about them. The male of their species have penises that are almost as long as their whole body. This means that they have to have a mate who can take it all in, if you know what we mean. 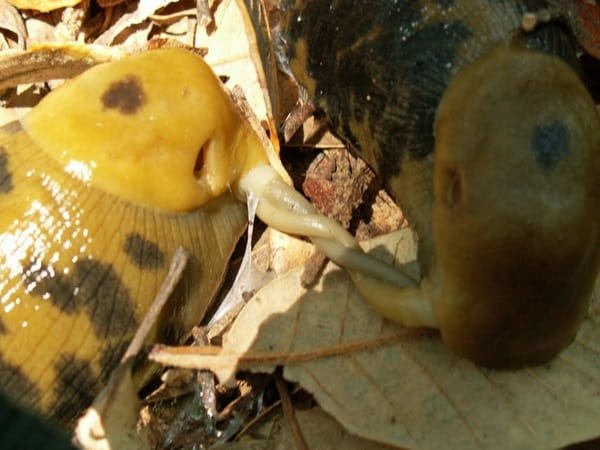 Brown Antechinus: The male of this species likes to have sex so much that he will do it unto death. This marsupial from Australia does it so much during the season for mating, that he literally dies from doing it. There is simply no time to eat or do anything else. He will spend half the day doing it with one female and then just move on to another. Doing this, leaves him with a poor immune system and also full of ulcers. This means that when a male goes through mating season, he is likely to die. 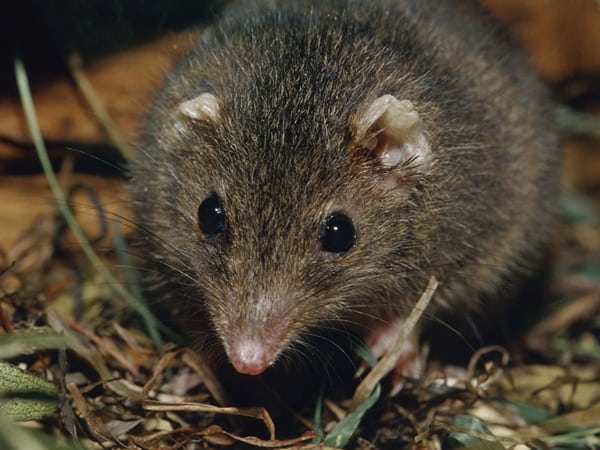 Snails: They are slow and pretty much gross and this applies to their way of mating too. They are basically hermaphrodites with both male and female reproductive parts in all of them. They shoot darts into each other to fertilize the other and this is done by turns to complete the mating process. 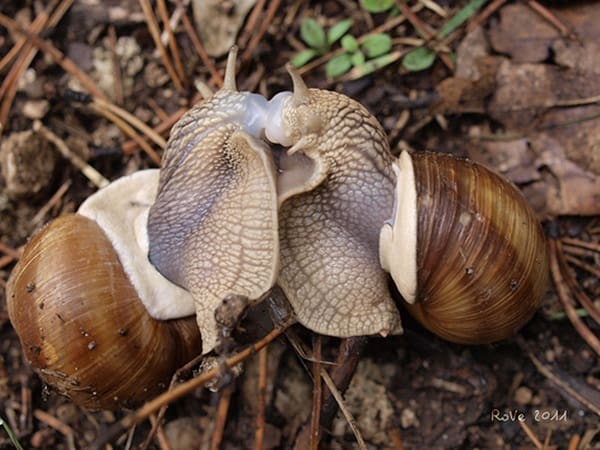 Hippos: Hippos mating, the thought is disgusting and we assure you it is disgusting in reality too. The male hippo will shit and piss himself in the vicinity of a female hippo who is ready to mate. He will use the tail to then fling things round to make sure the female sees it. This is apparently a turn on for the female. 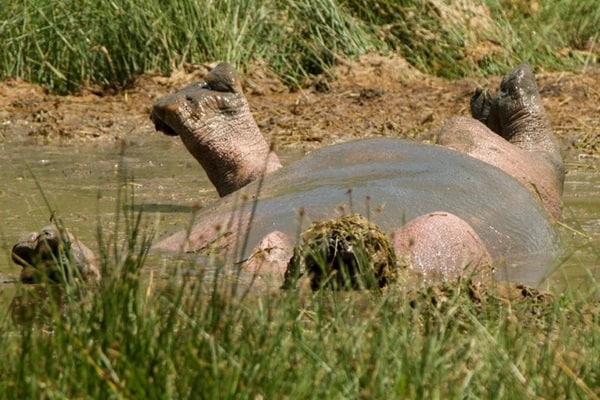 Flatworms: Again the flatworms are also hermaphrodites like the snails and they decide who gets to be the man during sex by fencing with their penises, if you can actually believe that. The one who wins in this bizarre battle will become the man and the loser who gets poked will get to be the woman and yes, you guessed it get poked again. 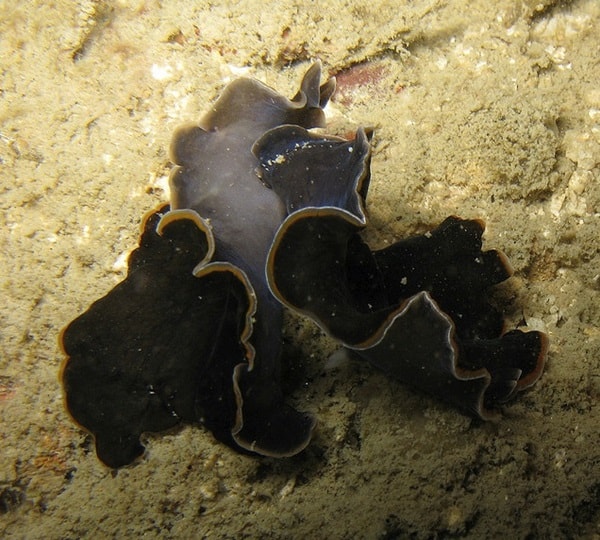 Earwigs: These beings have not one but two penises and since the thing is so delicate they simply use the other when the first one snaps and breaks. Yes, that is the truth of the matter; can you imagine a world where a male has two penises and does not seem to mind when he loses one. 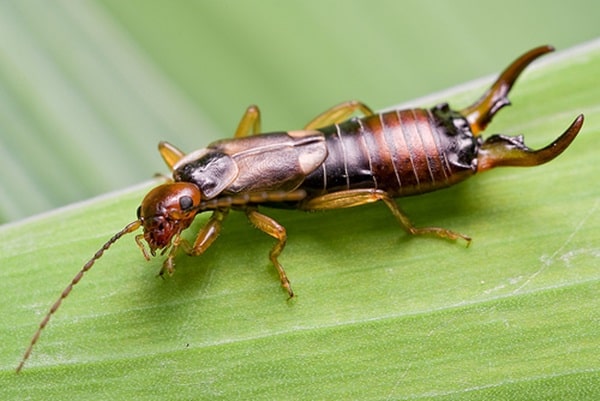 Red-Sided Garter Snake: These creatures do not believe in doing it one on one but in huge groups. When the time for them to hibernate they gather in groups that can number up to 30000. One female snake can have 100 males ready to mate her and they do this by forming a mating ball and this causes a kind of chain reaction where the males end up humping each other and even releasing female pheromones. 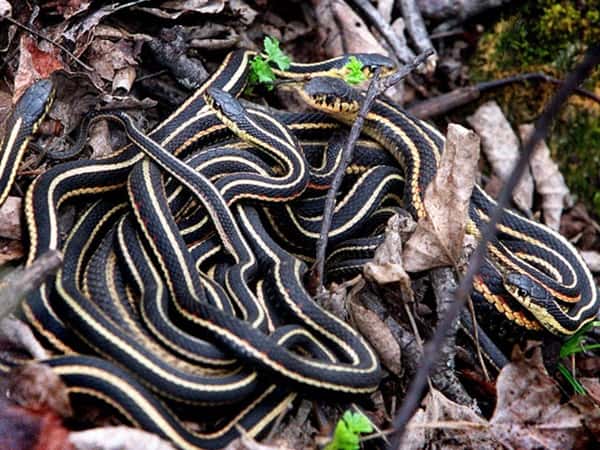 Whiptail Lizards: These lizards belonging to Arizona have actually managed to get rid of the male population which means all the female lizards are lesbians. The females tend to reproduce all by themselves and tend to create copies that are exactly like themselves. One lizard with undeveloped eggs will jump on another who has rich eggs and hump her. 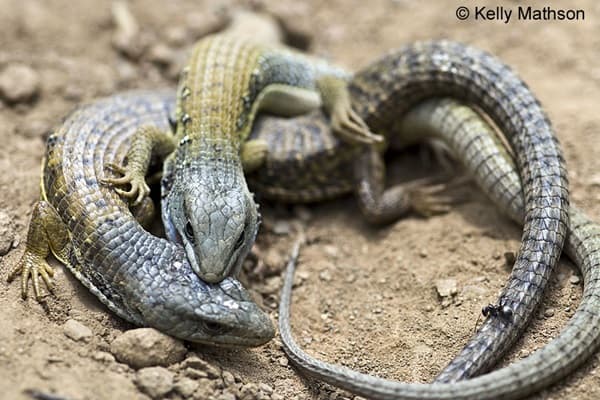 Hyenas: In the hyena world it is the alpha female who rules and she is the one who gives a dose of super hormones to the young so that they can be aggressive and manage to survive. This also means that she has a clitoris that is seven inches long and she also gives birth through this. This also means that the mating process takes a while to get right and get done. 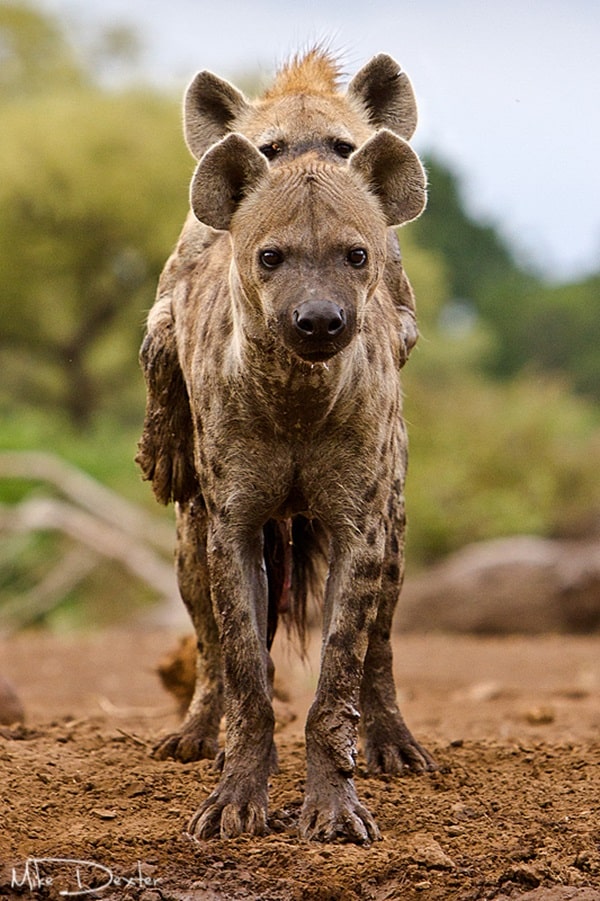 White-Fronted Parrots: These parrots get all cuddly and kissy when it comes to mating. It seems pretty normal till here but the next part is something that will make you cringe as during this ritual also includes the male vomiting into the mouth of the female. Does not sound like fun does it? 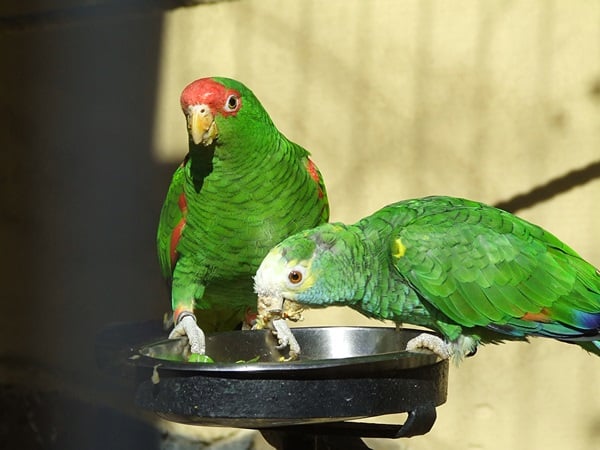 Bed Bugs: The bed bug males do not believe in wooing the female and simply believe that forcing them by simply boring a hole in the abdomen and filling it with semen does the job. Does sound rather violent, doesn’t it?

Angler fish: The male of this species is basically a freeloader who will live off the female. He simply bites a female that makes an enzyme to get released which will bond them together and this means he can mooch off the female forever. He can also release sperm when the female needs to lay eggs. 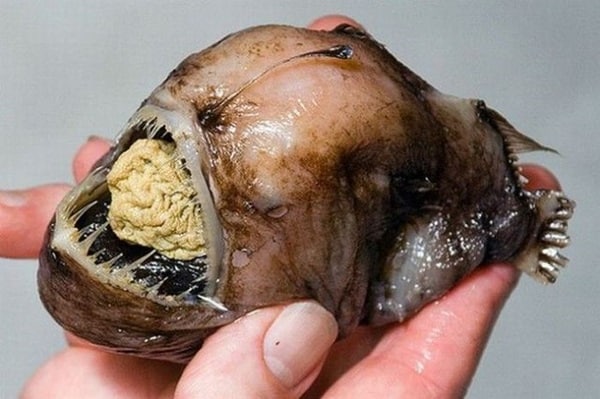 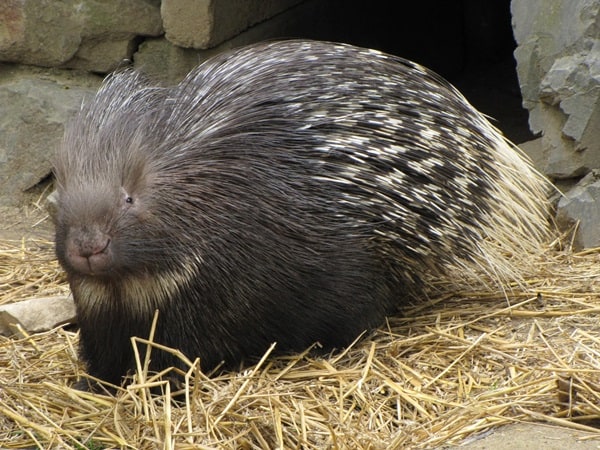 Cichlid Fish: This has to be the weirdest of the whole lot. It works in a way that you will find very hard to believe. The female lay eggs and carry it around in their mouths. The males on the other hands have spots on their bodies that look like the eggs, when the female sees this she thinks she has dropped some of her eggs. And when she put her mouth there to suck the eggs in, the male inseminates into her mouth. 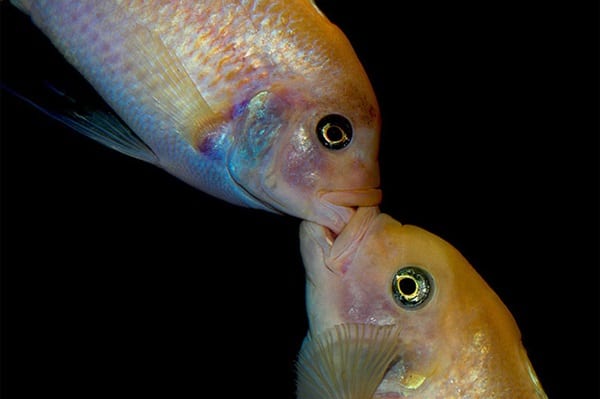