Home
Knowledge Base
9 Unbelievable Animals save Human life in Real 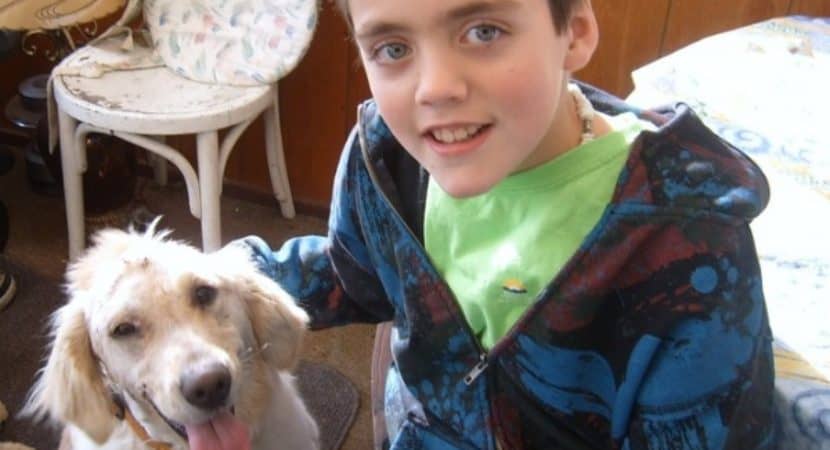 In our society, we can know about many people those who spend their life saving the life of animals. They rush to the animals for a secure hand maybe wherever they are. So human as a lifesaver of animals is very common. But animals who are known as human life savers are really rare and this proves that animals also have their heart crying for humans. Though they are not humans so we can’t term their activities as a token of humanity. Maybe it’s something different and grammatically wrong but we can term it as ‘animality’. Before going elsewhere, know about these Unbelievable animals save human life in real

1. Todd Endris and Dolphins: Dolphins are always known as one of the most intelligent creature in this world. Maybe their intelligence is something beyond our idea. If you start reading about dolphin rescue, you will find many articles and that proves how dolphins are kind to humans. Here we will tell the story of Todd Endris, a surfer who was attacked by a Grey White Shark at Marina State Park Off Monterey, California. Yes, he really needed a miracle to save his life and it happened. A group of dolphins came to save his life. The dolphins created a protective ring around the injured Todd and took him to the shore safely. 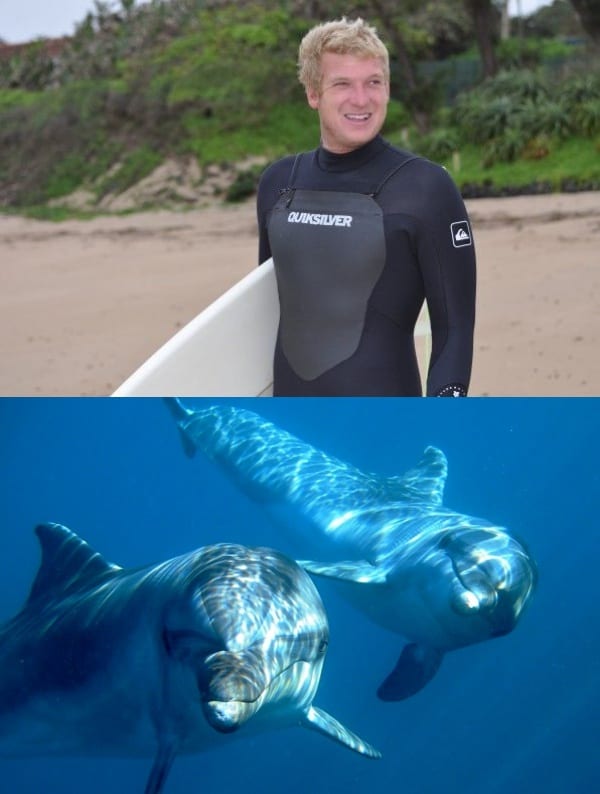 2. Yang Yun and Beluga Whales: It was a diving contest in China and Yang Yun, 26 year old diver participated in it. As the competition started, suddenly she found that her legs were crippled with cramps and the legs were completely paralyzed due to arctic temperature. She didn’t have any breathing equipments with her. But the twist to this story started when a Beluga Whale named Mina came to her rescue using the sensitive dolphin like nose. Mina took her to the surface and saved her life. 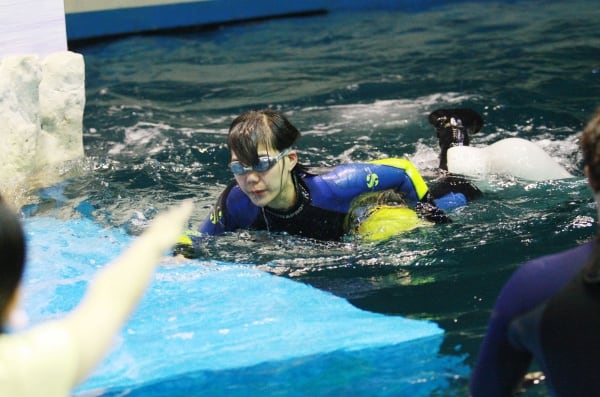 3. Rod’s Family and their Rottweiler: Rod and his family from Fort Nelson, British Columbia went for a tobogganing in the afternoon. They were having fun with their all terrain vehicle in the uphill and suddenly some wolves came to attack the children. Their pet dog ‘Shadow’ came to the scene and stopped the wolves from attacking. He fought with the wolves and got some bumps and injuries. But the dog kept the wolves until the father managed to chase them in the woods. 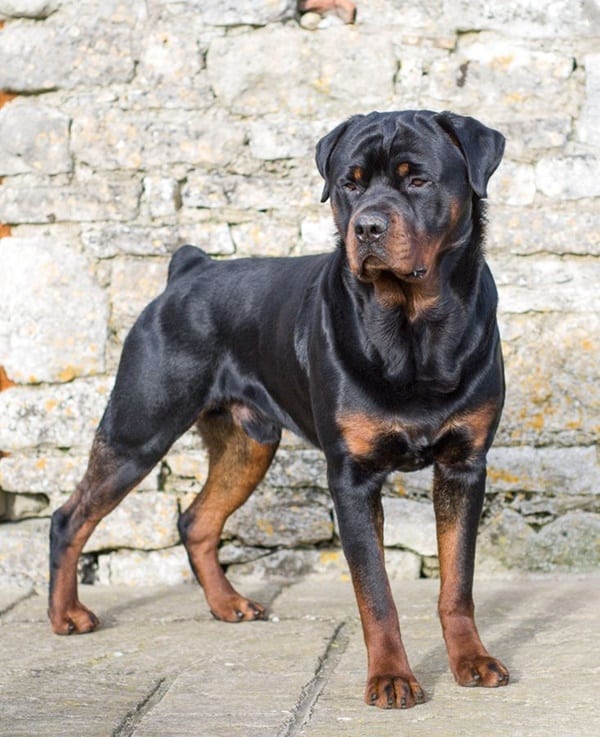 4. Austin Forman and his Golden Retriever: Austin a young boy was in the backyard of his house and suddenly he faced an attack by a cougar. His golden retriever dog ‘Angel’ came to save his life and started fighting with the cougar. It was around 5:30 pm in the evening at Boston Bar, British Columbia. Austin ran to his mother and told about the whole seen and his mother called up the police to save the dogs life. Police came soon and killed the cougar. Anyways the dog was rushed to the hospital and saved by the vets. 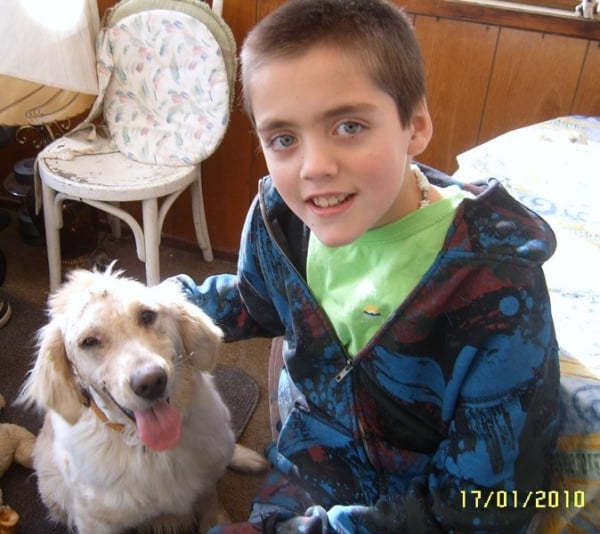 5. 3 Year old Boy and an Ape: It is an incident from Brookfield Zoo, Chicago which will make you realize what animals are. A 3 year old boy with his mother went for a trip to the zoo. He wandered from his mother and climbed over the barrier to the ape pit and fell down from a height of 20 meters on the concrete below. He lied there for some time and suddenly a 8 years old ape named ‘Binti’, saw him and picked him up. Everyone saw that Binti cuddled the little boy in his arms are protected him from the other apes. He ran to the zookeepers and then handed over the
boy. The boy got saved. 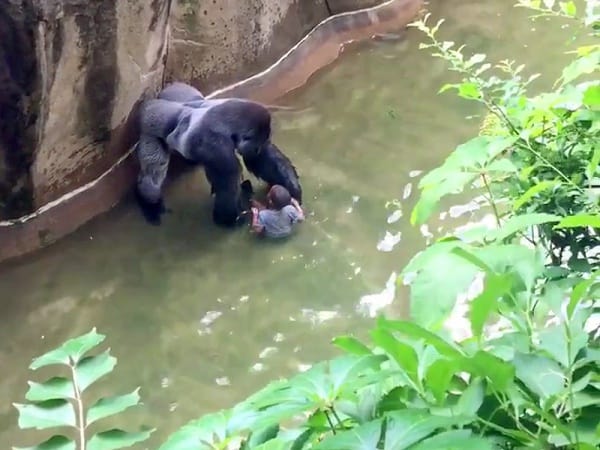 6. 12 Years Old Girl and a group of Lions: A 12 years old girl was kidnapped on her way to home. Police was chasing them and all of a sudden they were encountered by a group of lions. The lions chased the four strangers and stayed with the girl until the police arrived and went to the forest. Though the lions were not identified by the police and the girl was found shocked and terrified. According to the girl, the lions didn’t harm her and chased the kidnappers. According to a wildlife expert, the lion only spared the girl because her cries sounded like a mewing lion cub. 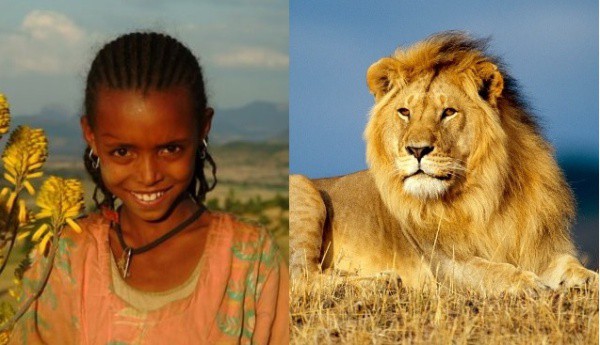 7. Jo Ann Altsman and a Pig: Jo Ann Altsman went on a Vacation at Presque Isle, Pennsylvania, USA and suffered a cardiac arrest. A housebroken pig came to his help. The pig saw him and cried for a moment. Then the pig pushed the gate open and waited. Whenever the pig heard of a car approaching by the house, she directly came to the road and laid in the middle of the road to stop the car. But no one stopped because of the pig and passed by the side of the road. It took 45 mins for the pig to stop a car And then the driver of that car called the emergency service. Doctor rushed to the house and saved Jo Ann’s life. 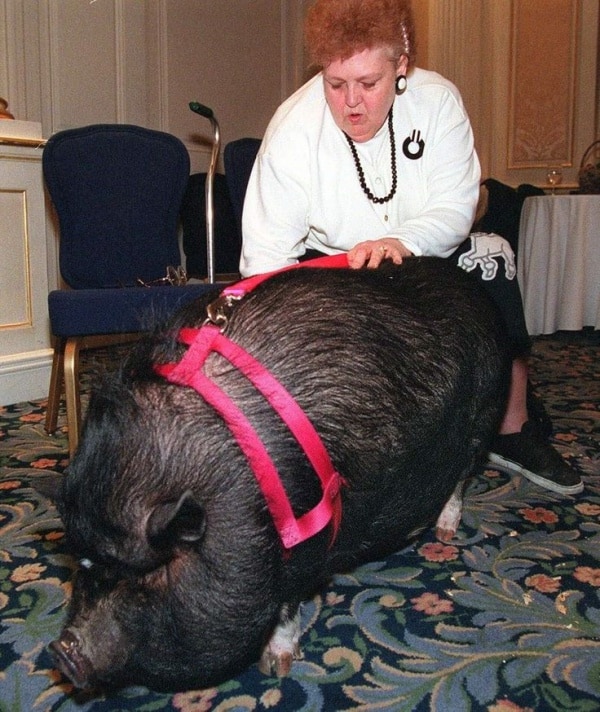 8. Fiona and her Horse: Though we think cows are very quiet animal but according to the world statistics, more people are killed by cows than the sharks. A farmer in Scotland was attacked by the cow and her horse saved her life. Fiona, heard the cry of the calf and went to attend the cowshed. The mother cow came and attacked Fiona hardly. Fiona’s started screaming loudly so that someone can save her. Her horse heard it and ran to the cowshed and rescued her. The horse kicked the cow and injured the mother. She was later treated and saved. 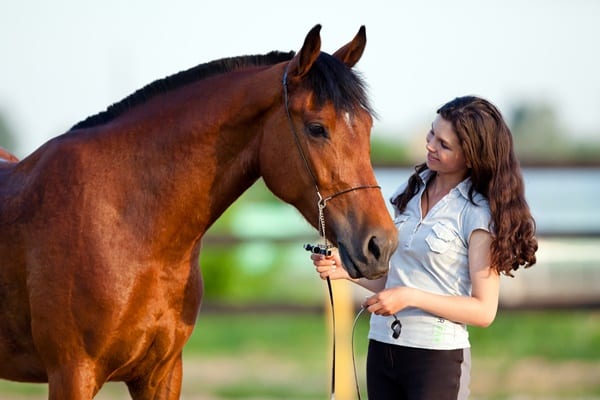 9. Simon and Dory: Simon Steggall, a 42 year old man suffered from a diabetic coma and lose his senses. His wife thought that he was asleep because of the hard work all through the day. But after sometime she saw that their pet rabbit ‘Dory’ jumped on to the chest of Simon and started thumping on the chest and licking round his mouth. She sensed something is wrong and suddenly came to know that it is a emergency situation. She rubbed a special gel on the gums to bring back his blood sugar level but the process failed. She then called for emergency services and the doctor rushed and gave an injection to bring his blood sugar level and finally Simon got saved by Dory.

Animals can really prove their love for humans and since a long time, animals are known as the saviors of human life. If you liked it, please share this article with others so that everyone can know about these animals that saved peoples life.