Home
Pets
Dogs
Why and How To Stop Dogs Eating Grass 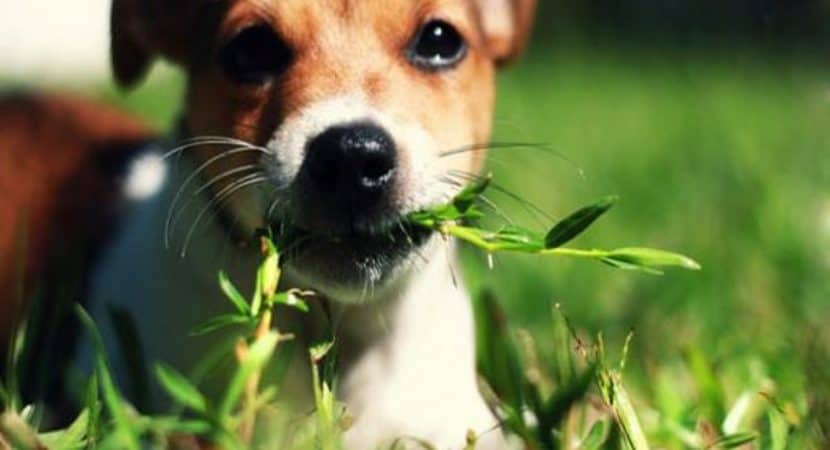 If you have a canine friend and one day it behaves like a cow and eats grasses it is very natural for you to get perplexed. And often you end up searching why does your dog behave like so sometimes and how to prevent them from doing so. First of all let us tell you, don’t panic much about this because study says 79 % of dogs have eaten plants some day or the other and grasses are the most common among them. There is no hard and fast rule that your dog will eat grass only for one reason. Two dogs can eat grasses entirely for two different reasons. In this article, we are going to enlighten you about the probable causes of Dogs eating grass and how can you stop them from doing so.

Why and How To Stop Dogs Eating Grass:

Reasons why your dog is eating grass:

1. Pica: Pica is a food intake disorder due to which your dog tends to eat such things which are not food. This might be due to nutritional deficiency or a common sign of boredom. Younger dogs often eat up grasses due to this disorder.

2. Grass eating, a natural instinct: Dog is not wholly a carnivore species rather they are omnivores. In past days when they were not domesticated the used to hunt for food and when they ate the prey, they used to get sufficient plant items in the stomach of the prey. But now days they do not hunt for food and get to eat what only we serve them. So to follow their natural instinct they may often go for a plant eating mission. 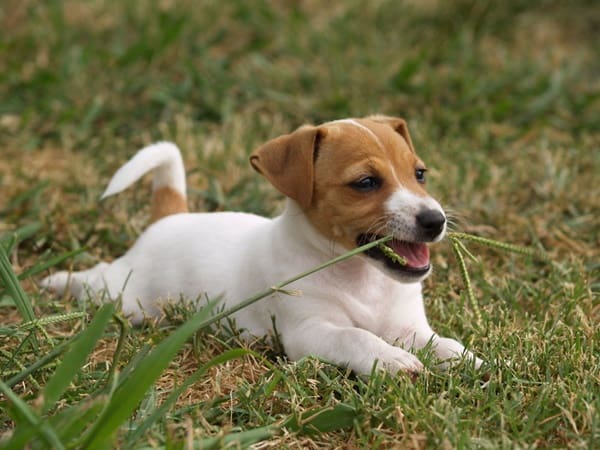 3. To meet the need of fiber: If your dog finds any grass to be tasty and which fulfils some of his nutritional need, especially fiber, your dog can have a grass meal.

4. To treat intestinal worms or to improve digestion: Evidence suggests that dogs often eat grass in order to self treat their digestion system and health of intestine. This way they self medicate themselves by chewing grasses. After they have accomplished eating grasses they tend to vomit. But again another study says- less than 25 % dogs vomit after consuming grasses. So first be sure about what your pet is behaving like after he consumes grasses. 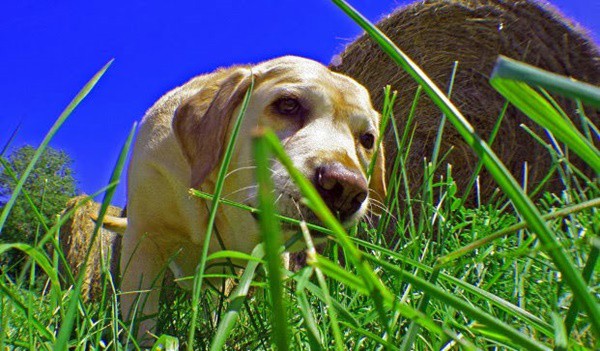 5. Due to simple boredom: If your dog feels bored, he might chew grasses and pass time. If he is not getting enough jog or exercise to keep him occupied he will do such behavior.

6. Due to anxiety: When your dog gets anxious due to some reasons, just to comfort themselves they start to eat grasses or start to chew anything in his sight. 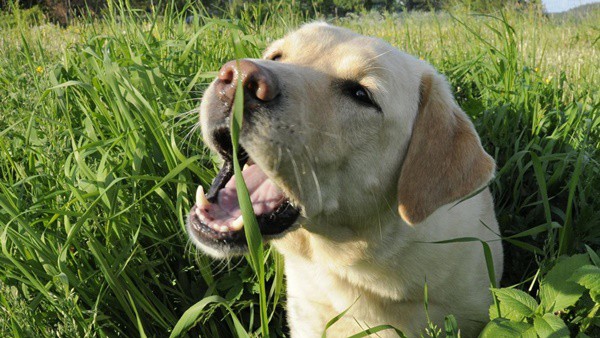 Before making any decisions on why your pet is showing too much addiction to grasses, you should always consult a good veterinarian and get all the blood test, stool and urine report to get confirmed about the potential causes so that you can opt for the useful remedies.

How you can stop your dog from eating grasses:

1. Change his diet: In most of the cases this is seen that if you change your dog’s diet and switch to a high fiber dog food your puppy stops to eat grass. But consult your pet’s doctor before you make any change in hid diet.

2. Provide him a chew toy: If your pup is chewing grasses out of his boredom, make him entertained by offering new chewable toys. He will leave the grasses and will start to like his new toy. 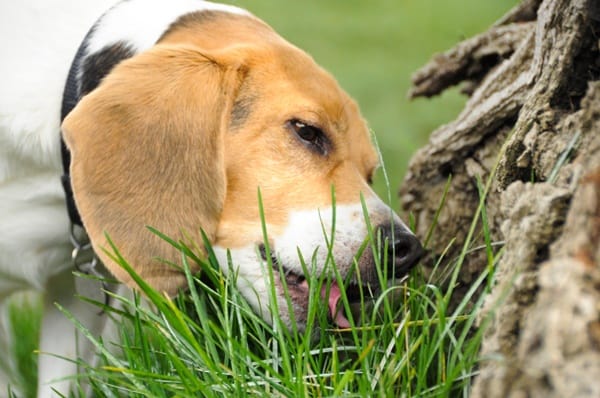 3. Get then enough exercise: If you’re dog is not getting enough exercise, engage them into some fun game or physical activity. Take them outside and keep them engaged. They will end up not touching the grasses anymore.

4. Get him to a good doctor: If your dog does not stop eating grasses even after you have tried all the remedies, don’t forget to get him to a doctor because this might be due to gastric influx or inflammatory bowel disease. 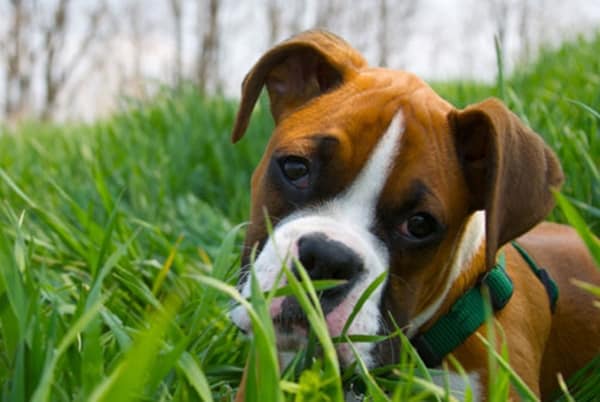 To end with, grass eating among the dogs is not a very abnormal syndrome. But this can be harmful if your dog is constantly grazing in a lawn where pesticides and herbicides are used. It will create certain intoxication in his stomach which is dangerous. So have a watch so that they do not graze in such lawns. Even if they do not ingest such grass, they might lick their own feet which are contaminated by the chemicals. So this is a major concern. Make sure that your lawn is not treated with chemical products. Another thing to notice is that they should not eat any contaminated grass. If they eat up parasites, it will give your dog active infection in their intestinal tract. So have a watchful eye and be a good dog owner.