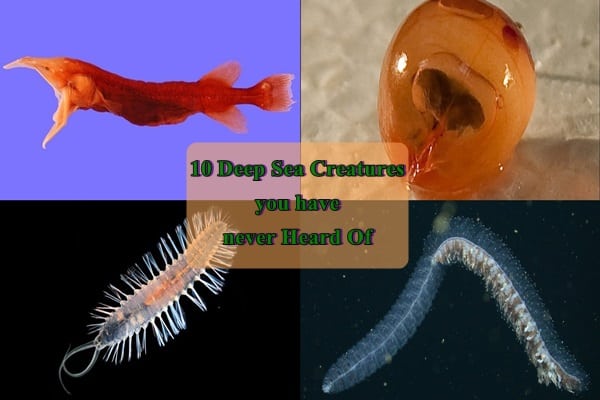 We are not used to the lifestyle of deep sea. As we don’t keep much information about seep sea animals so sometimes it becomes very hard to identify some of these animals. As lakhs of sea creatures are there living in this earth and because of their wide diversification it’s hard to know about all of them. Many many years ago the scientific research under sea was in a very poor condition which resulted in the lack of research on these sea animals. So let’s discuss about some of these amazing sea creatures you never heard of.

Some Deep Sea Creature you never Heard of:

Whale fish, Biagnoses and Tape tails: For many years research was going on this fish. At first the female of this deep sea predators, called ‘Whale fish’ was discovered and they were classified as Cetomimidae which literary means ‘Whale mimic’. After that the male specimen of this fish is discovered and called as ‘Megalomycteridae’ or ‘Biagnoses’. Finally a third variety was found and named as ‘Tape tails’, were all juveniles. All these creatures are the same. 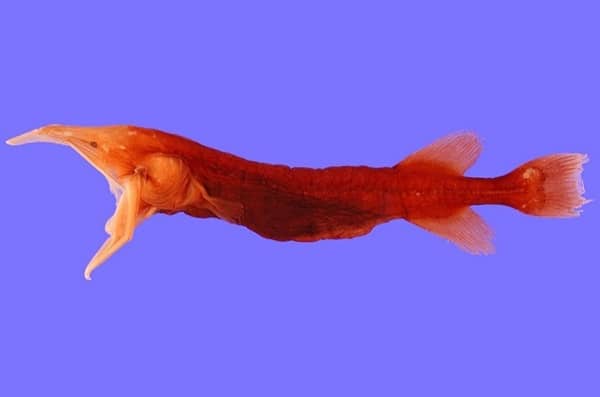 Predatory Tunicate: Also they are known as Sea squirts are mainly motionless bag like filter feeding animals. They don’t move at all so they are often misidentified by the sea creatures as plants. They are carnivorous in nature and with a big mouth. 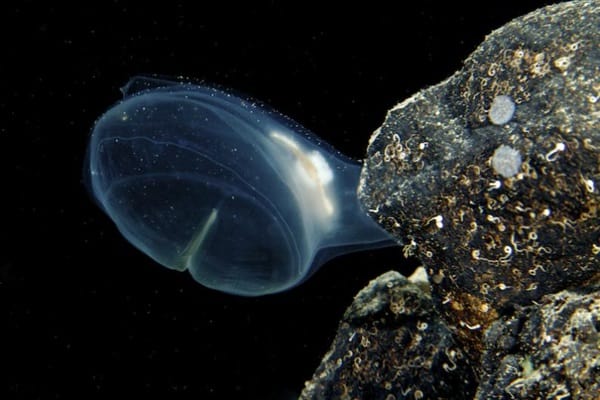 Stygiomedusa Gigantea: It is a type of giant jelly fish living in deep sea water. They have five flowing sheet like arms which are almost 6 meters long. These jelly fishes have digestive system extensions all over the body whish they use to digest a prey as soon as after catching it. 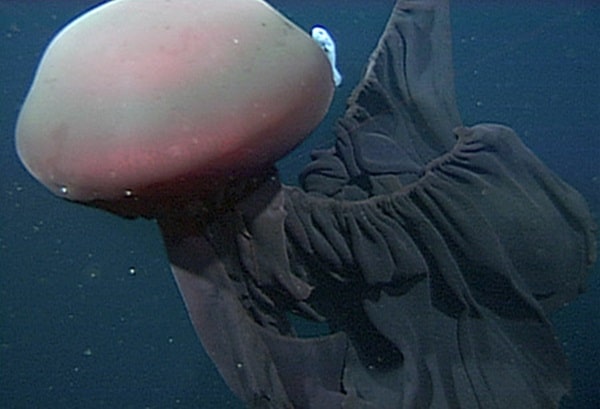 Erenna: This is a worm shaped creature and actually a member of Jelly fish family. They are called as Shiphonophores that means mass of many individual creatures. Interestingly each one of them acts as a single organ and performs their own activity to unitedly form a single organism. 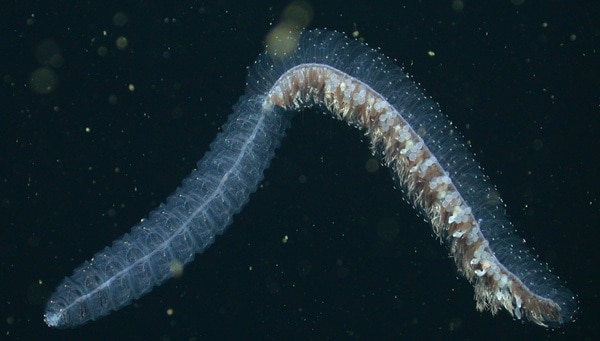 Pelagothuria natatrix: They are also called as sea cucumbers. It is probably the only pelagic echinoderm known till date. Although they almost look like jelly fishes according to their appearances. An adult one reaches at a size of 16cms in diameter. 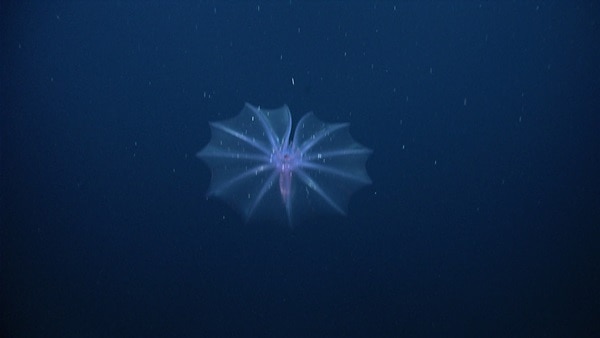 Giant Ostracod: Ostracods are very small organisms found everywhere in water even in small puddles in rain water. Often called as ‘seed shrimp’ or ‘clamp shrimp’. They grow in a size of sand grain. It has numerous legs in the body and encashed within a small transparent bubble like shell. 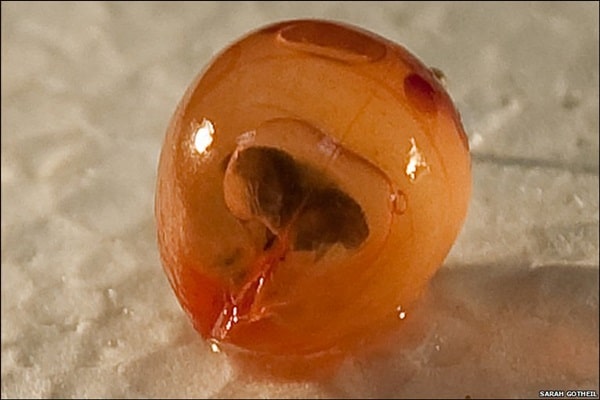 Toothed Sea Devil: It is a very rare deep sea angler fish mainly found in the Pacific Ocean. They have large teeth placed outside of their jaws. They are the only living species of the family Neoceratidae.

Holopus: Ocean lilies or Crinoids are now a very rare sea creatures often found. Once it was abundantly found under the sea. It is often related with sea cucumbers and starfish. They trap passing animals as their food and hangs from the rocks and cave surfaces under the sea.

Deep Sea Snail fish: They are commonly known as snail fish or sea snails. They are mainly found in the Arctic and Antarctic oceans and also in North pacific regions. They are like tadpoles and don’t have any scales all over their body and have loose gelatinous skin. 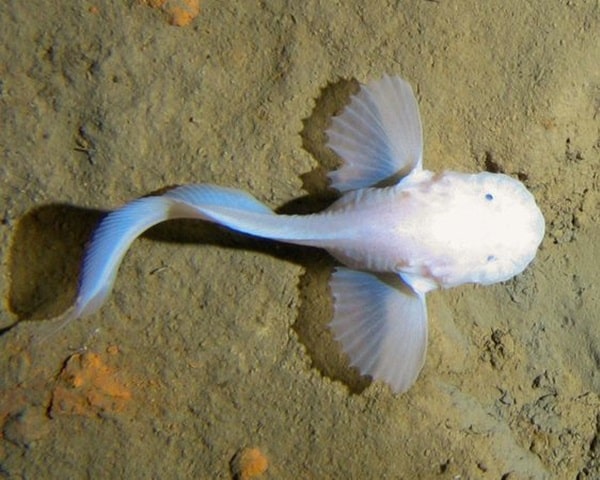 Swima: Swema is a genus of polychaete worm and lives in Deep Ocean. They have a transparent body, simple nuchal organs and four pairs of elongated segmental bronchiae modified as elliptical sacs. 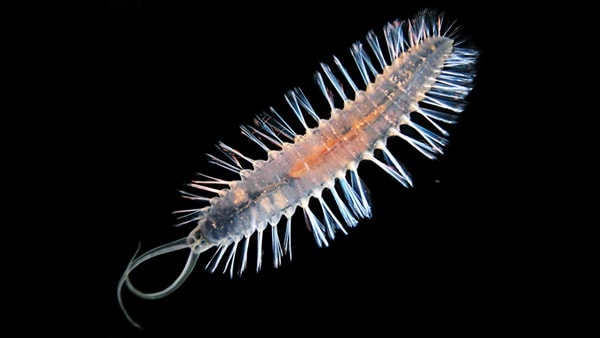