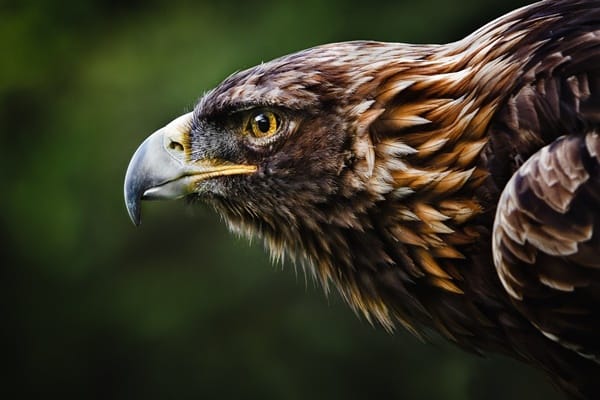 Do you have any idea about the birds of prey? Oh yeah if not, then it is going to be clear to you. Actually there is something that will make you get interested about the birds of prey. It may be possible that the main reason behind it is the fear in us. It makes us afraid when we think about the attack by the birds of prey. But apart from all these things, these birds are really fascinating to humans and so we thought if bringing this article to all of you. So just let us discuss about these amazing raptors around the world.

Steller’s Sea Eagle: This is a lesser known relative of the American Bald Eagle and is found mostly in Japan and Russia. They mostly feeds on fish but sometimes also seen to attack other birds like Swans and Cranes. They also feed themselves on whatever dead animal they find. But it can give you a sigh of relief that they are never found to attack on humans. Also it is the heaviest eagle in the world. 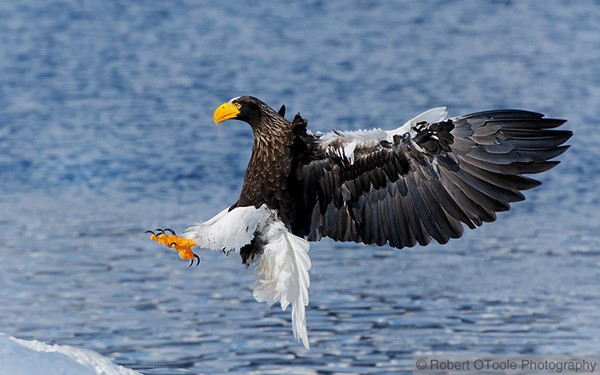 Golden Eagle: Golden eagle is regarded as one of the most formidable aerial predators in the world. They are mainly found in Eurasia, North America and North Africa. Their main diets are actually rabbits, hares and large birds but traces have been found that they also take foxes, sheep, goats and deer. They are known a ‘Berkut’ in Kazakhstan and are trained there to hunt wolves. Amazingly they also hunt and eat other birds of prey. 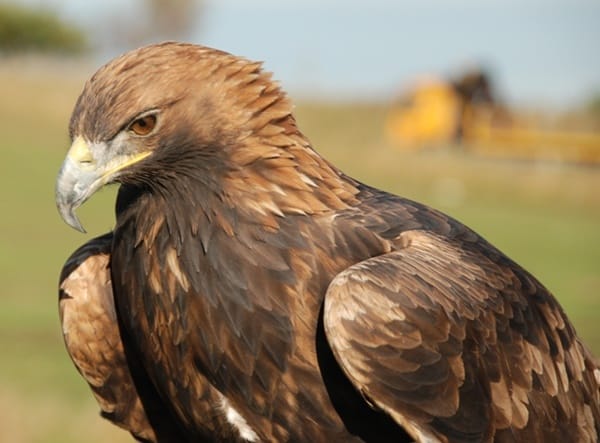 Harpy Eagle: They are often regarded as the most powerful eagle in the world. They weigh up to 9 Kgs and measuring up to 105cms long. Fortunately harpy eagles are never known to attack humans but they feed themselves on monkeys, sloths, and various large birds. 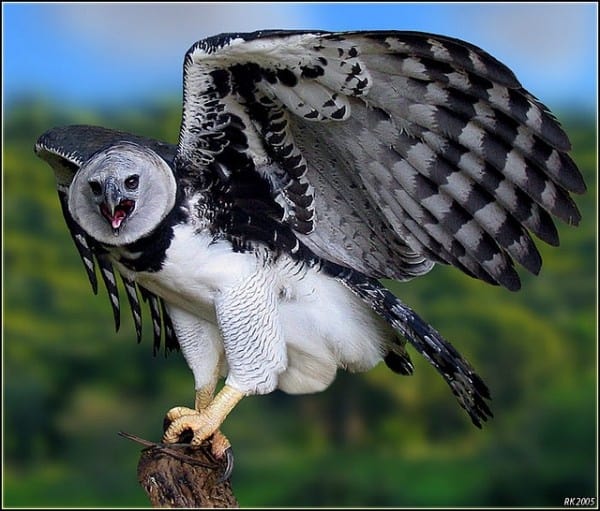 Lappet faced Vulture: This bird is mainly found in the African Savannahs and in Arabia. They are also mentioned among the largest flying birds. It has been known to kill young Gazelles and antelopes and to prey on flamingo colonies. Even the cheetahs also stay away from them for their crucial attack. 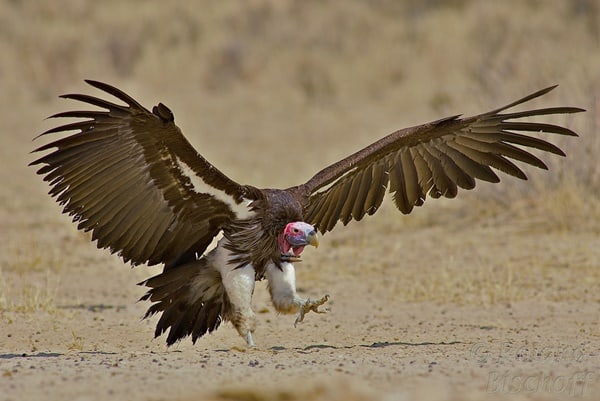 African Crowned Eagle: African Crowned eagle is found in rainforests of Tropical Africa. It has been known to hunt animals up to 35 kgs. This powerful and aggressive eagle is called by the Africans as ‘Leopard of the Air’. It main killing weapons is the deadly talons which are so strong that they can crush the skull of a monkey. They also attack human children and infants. 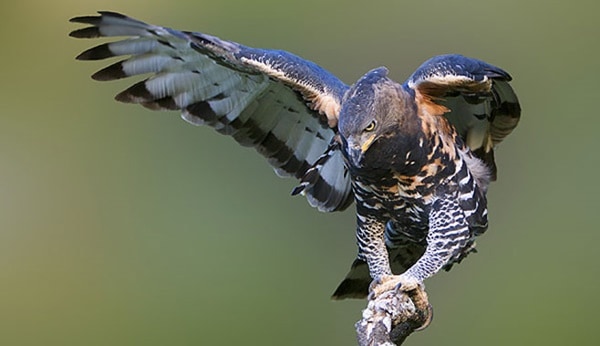 Martial Eagle: It is the largest Eagle of Africa and weighs up to 6.5 kgs. They feed on whatever they can catch. They have no specific diet choice and so they can attack on any animals they will get near them. In recent days they are not seen much in the areas they were mostly seen because the farmers shoot or poison them. 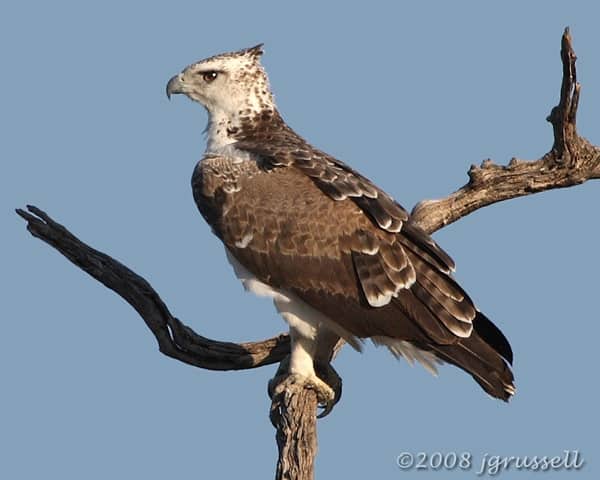 Blakiston’s Fish Owl: Blakiston’s Fish Owl is possibly the largest owl in the world. They are mainly found in the Siberia and Japan. It feeds mostly on fish but it also takes mammals and birds sometimes. When there is scarce of food they are found in large number. But they are usually found alone in most of the time. 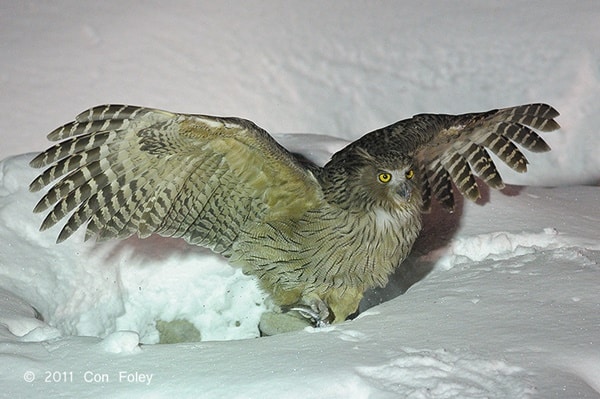 Philippine Eagle: It is one of the several large eagles adapted to hunt in the dense forest habitats. They are only
found in the Philippines and became a national symbol of that country. It feeds on monkeys, flying lemurs, large bats and even pigs and dogs. It has never been known to attack humans. The amazing thing about this bird is that
there is a law in Philippines that if anyone kills a single eagle they will sentenced with twelve years of jail. 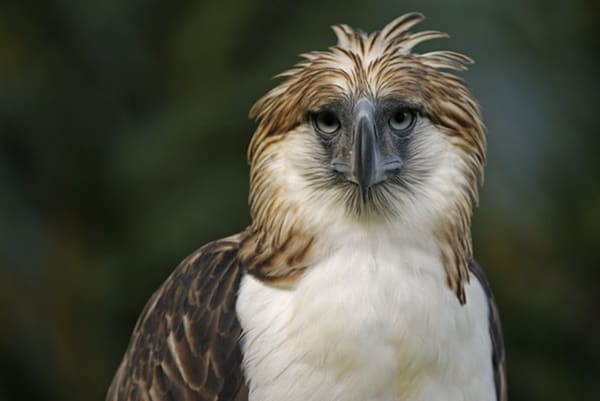 Bearded Vulture: Bearded Vulture is one of the largest and least known raptors in the world. It is found in Europe, Asia and Africa. They are mainly scavengers and known to pick up the bones of dead animals. They are also known to kill tortoises and eat their flesh. But they are never known to attack on humans. 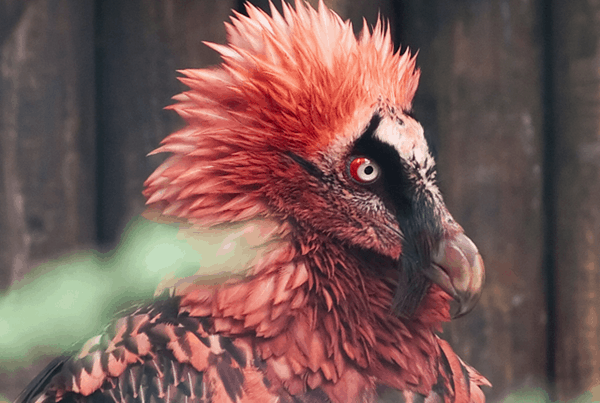 Eurasian Eagle Owl: They are mainly found in the forests and mountains of Asia and Europe. This owl is among the largest and powerful owls in the world. They mostly feed themselves on rodents, rabbits and hares. Even they attack foxes and roe deer. 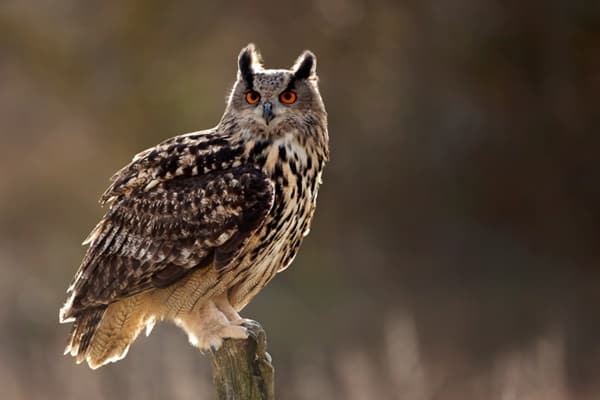 This was the list of formidable birds of prey all over the world and so you know well about them now. Yes we can only tell you that try to stay away from them to avoid the risk. Because anything can happen anytime.