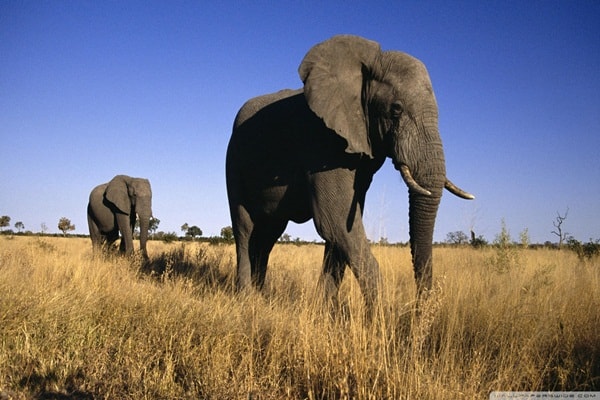 We all know that elephants are the largest land animals on the earth. They are always fascinated by the humans and frankly saying we all love elephants for their characteristics and features. May be they are too big in size compared to us but they are also very friendly. If trained, elephants have proved themselves as one of the most intelligent animals in this earth. Elephants have always proved themselves as good friends of humans. So this article will give you some amazing African elephant facts for kids. Let’s have a look into it and know about the biggest land animal living in this earth.

1. Size Matters: In the world of elephants, the bigger the size is the more better it is. That means looking big really matters among the elephants. Male African elephants grow throughout their life and can reach up to 7.5 tons which is more than two hummers.

2. Foot Pad: Actually the elephant’s foot is a spongy pad with four or five toes. The pads under their feet act as a cushion which absorbs the strain of the leg. Just think of the weight their legs normally bear. So cushion is obviously necessary to adjust.

3. Hairs: Have you heard of Woolly Mammoths? Yes they are called as the ancestor of elephants. Woolly mammoths had a bunch of hairs all over their body because of resisting themselves from the cold environment. But the African and Asian Elephants have light brown hairs here and there over their body.

4. The Head: Elephants head is too large and it weighs about 100 of pounds. It is actually supported with extra muscles along the neck. Now the most amazing thing is that the skull has many tiny air pockets to keep the head light.

5. Teeth: Elephants actually have four molar teeth each of which weighs about 11 pounds and measures about 12 inches long. And do you know that elephants replace their teeth every six times throughout their life. 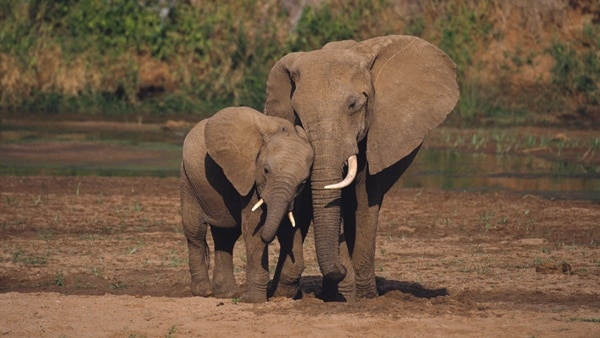 6. Amazing Trunk: The trunk of the elephants is really very amazing in nature. The estimated muscle count of their trunk is in between 40000 to 150000. The trunk is so strong that it can kill a lion easily. They use their trunk for various purpose like picking up leaves and even small objects like coins. They also use their trunk while bathing.

7. Communication: Elephants do most of their communication with touch, smell and taste. Most of the communications are performed by the various body parts like tails, trunks and behavioral changes.

8. Infrasonic Sound: Actually elephant calls are very low about 15 hertz. These are called infrasonic sounds which travel for long distances and most of them occur in the early morning and evening when the air is cool enough to carry the frequency.

9. Social Structure: An elephant family is always formed of a group of related females. Different families meet and feed themselves in the same area. The family is usually led by the oldest female and other members follow her. She decides everything of the family or group.

10. Skin: The skin of the elephants look very tough but they are actually very sensitive. The animal keeps themselves free from pests by rolling them in the mud which is also known as mud bath. This also helps in blocking the harmful UV rays from the sun. 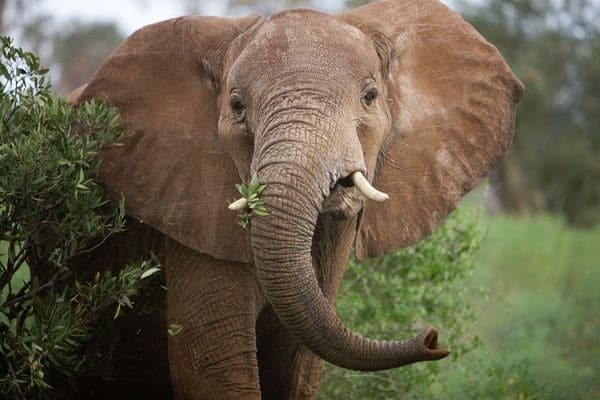 11. Life span: The average lifespan of an elephant is very very long compared to most of the animals in the wild. They can live up to the age of 60 years on an average.

12. Drinking: When an elephant drink water, they suck almost 2 gallons of water at a time in their trunk and then blow it down their throat. Can you imagine the amount of water they drink throughout the day? Yes they needs about 160 liters of water a day to survive.

13. Sense of Smell: African elephants are known to have the best sense of smell in the animal kingdom. They can almost feel everything by smelling them. Even they can smell something dangerous around them.

14. Scare: As elephants have such a big body, we think that they hardly scare any animal in the wild. But no, we are wrong. Elephants are scared by a very small creature and that is Bee.

15. Chins: Elephants are the only mammals besides human who have chins. No other mammals in this world have chins other than humans and elephants. 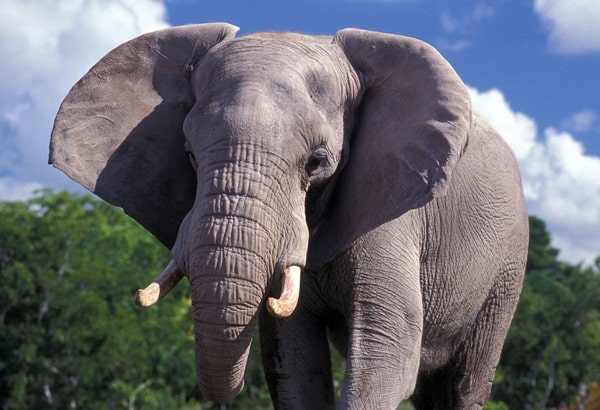 16. Sleep: Elephants have a large body and they also will need a great time to take rest. But amazingly elephants actually sleep for 2-3 hours a day and that’s enough for them.

17. Food: Obviously this large animal will need a huge amount of food to maintain such a big body and according to research; it has been found that an elephants needs about 300 kilograms of food everyday to gain all their energy.

18. Intelligence: African elephants have the intelligence to distinguish human languages, genders and ages associated with dangers.

19. Pregnancy: Elephants remain pregnant for about two years which is also known as the gestation period. It doesn’t ends here. After that they start training their new born baby and feed them with foods necessary for their physical development.

20. Brain: The average weight of the brain of elephant is 5 kilograms which is more than any other land animal in this world. 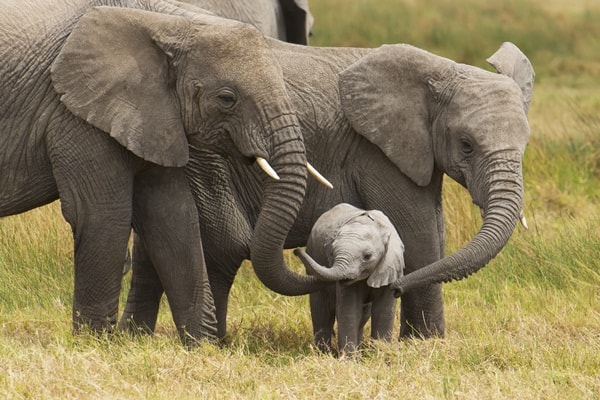 Elephants are really amazing and that’s the only word we can say after knowing all these facts. Yeah! From today onwards you got a bit more fascinated towards the elephant. It’s very normal for all of us animal lovers. So just share your experience after knowing such interesting African elephant facts for kids.