Home
Knowledge Base
10 Most Fratricidal Baby Animals in the World 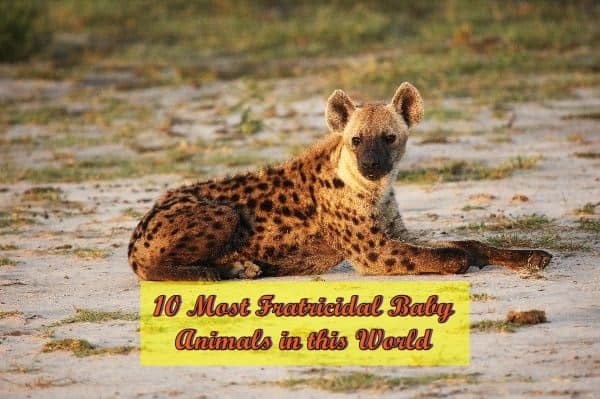 As we think that wild animals lead a very interesting life as they don’t have any regulations and boundaries. But that goes the positive side. It is usual that each and every thing in this world has both positive and negative sides. So living in the wild also has some negativity. Some of these wild animals really have an amazing lifestyle. Especially due to the wild environment around them the animals are forced to kill their babies. And it is very usual for them. Isn’t it very amazing? So the practice of cannibalism and infanticide is very common. But it becomes more goose bumping when we listen about a baby animal killing other siblings. So here go with a list of 10 such animals that start their lives as fratricides.

Most Fratricidal Baby Animals in the World:

• Queen Honey bee: Honey lives in an amazing lifestyle as all of we know that they maintains a colony in which there remains a Queen Honey bee, few Drones, and numerous workers. The Queen Honey bee is the main bee of the colony. The drones are all male and their work is to fertilize the Queen Honey Bee. And all the other workers are female whose work is to gather food and produce honey, wax and a special substance called Royal Jelly. Anyways the main fact is that Queen Bees are only one as a result other Queen Honey bees are killed by the main Queen bee before they emerges. If two or more Queen Bee emerges at a same time it will result in a large battle in which the workers will help the new Queen Bee instead of the Old ones. As all the honey bee are born from the Queen Honey bee so as a result they all are siblings. Sp honey bee kills their own sibling. 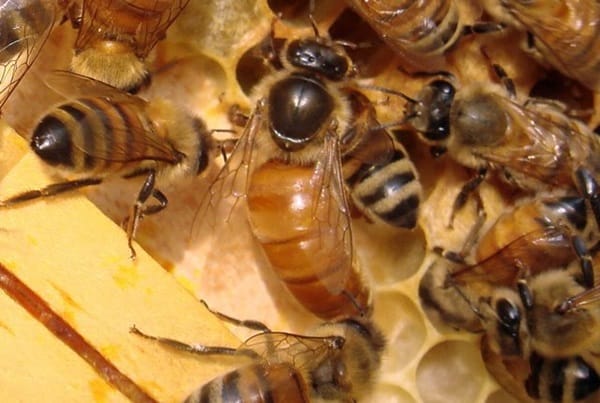 • Praying Mantis: This insect is famous for having cannibalistic tendencies. As it is seen that a female Mantis may eat it’s mating male partner during the sex session or after the sex session. Not only that the mantis just after they are born have other newborn mantle as their first food. 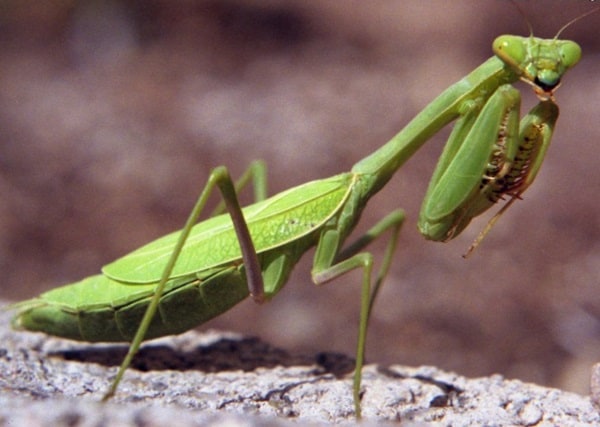 • Copidomopsis Floridanum: It is kind of Wasp that are very fratricide in nature. An adult wasp finds a caterpillar and stings it to make it paralyzed. After that it lays two eggs in the body of a caterpillar one male and one female. This two eggs clone themselves into 200 male larvae and 1200 female larvae. Out of these 50 female larvae grows much larger than the others. Actually these larger female looks for some male larvae to fertilize them. And amazingly one or two males are sufficient to make all the females fertilized. 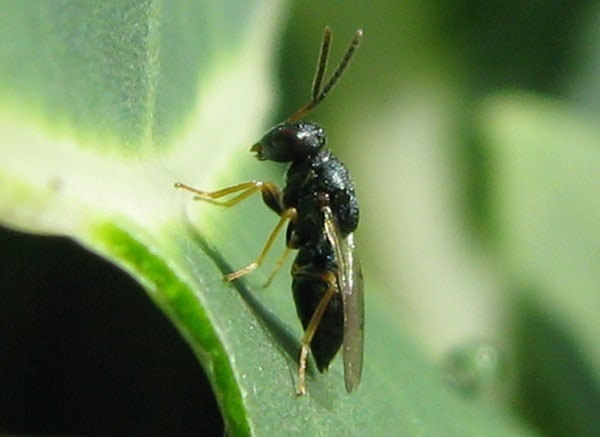 • Tiger Salamander: Like other amphibians, Tiger salamanders also start their lives in water. But because of a certain characteristics they are slight a bit unique. The eggs of Tiger salamanders can develop into two different types of tadpole ‘normal morph’ and ‘cannibal morph’. This cannibal morph develops a big mouth, developed teeth and is much bigger than the other normal morph. The cannibal morph eats other tadpoles and develops into bigger one very rapidly. 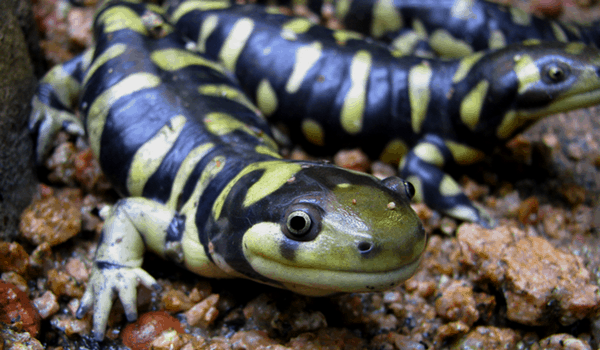 • Common Cuckoo: Common Cuckoo is regarded as one of the most fratricidal birds in this earth. They have an amazing lifestyle and style of growing their babies. Actually a common cuckoo is famous for killing their foster siblings. Actually after laying eggs in their nest a common cuckoo carries an egg to the nest of Sparrow hawks when their own nest is abandoned. There they quickly eats one egg of Sparrow hawks and replace it with their own egg. After a common cuckoo born he drops all the other eggs from the nest resulting in death as they can’t bear skin contact with any other objects in the nest. 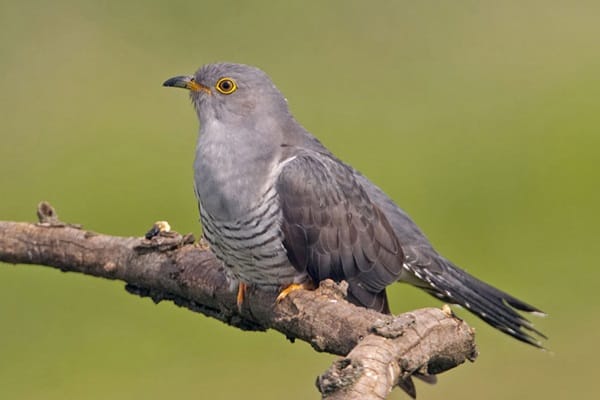 • Snowy Egret: It is very interesting to know that Snowy Egret laid just three eggs in their nest. And amazingly the first and second eggs are rich with hormones and the third egg lacks in hormone. As usual the first two chicks born relatively before the third one. Then due to lack of food they start irritating the third chick and often kill it. So the food scarcity gets removed. 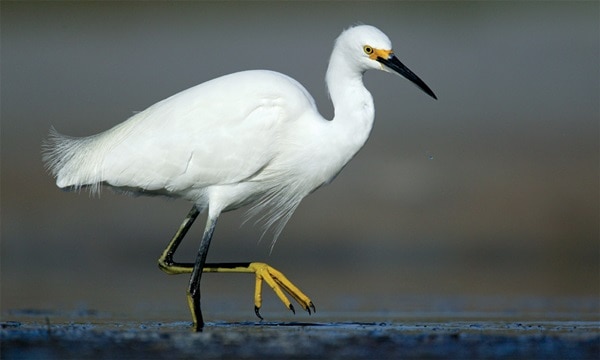 • Golden Eagle: The Golden Eagle lay only two eggs per nest as a result the first born chick relatively gets more attention and food and grows quickly. After that when the second one is born they don’t get such attention as a result it gets weak and die. Also sometimes due to lack of food the elder chick eats the younger one. It’s an amazing bird. 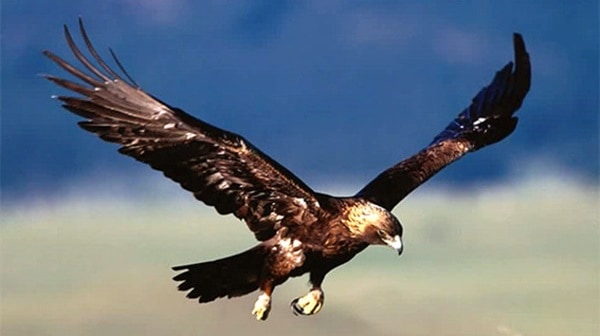 • Sand Tiger Shark: This Sand tiger Shark is one of the most dangerous animals in this earth. They are famous for their sharp and big teeth. Actually this shark has two wombs and each of them produces numerous eggs. While staying in the womb the small shark hatch and develops big teeth. Their first duty is to kill the other siblings in the womb until only two are left. Ultimately when the two sibling born they are too large. 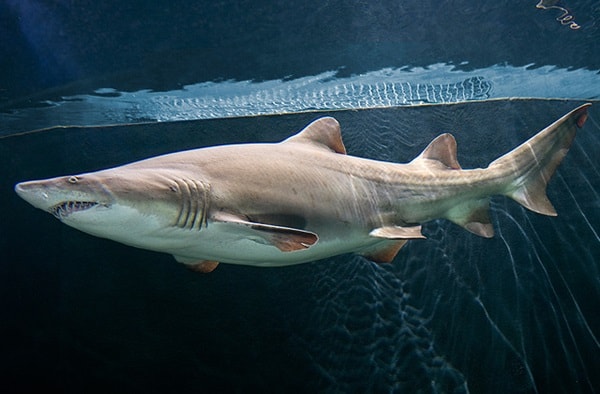 • Great Spotted Cuckoo: They are very intelligent bird in this matter. As they lays their egg in a magpie’s nest. And usually the Great Spotted Cuckoo’s egg develops quickly and hatches before the magpie chicks. So as a result the mother magpie starts feeding the cuckoo chick. After that when the other magpie chicks hatches the egg they get small food as the cuckoo have relatively big mouth and is fed more. As a result the magpie chicks die due to starvation.

• Spotted Hyena: Spotted hyena is the largest predatory mammal in this world. A spotted hyena is born with their eyes open and developed teeth. So after they are born they scratches and kill the other hyena cubs. They brutally kill their siblings and eat them. It is seen that in such case a small cub lasts only a week. 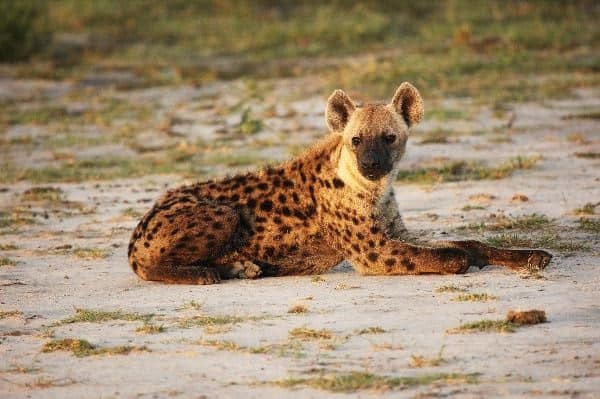