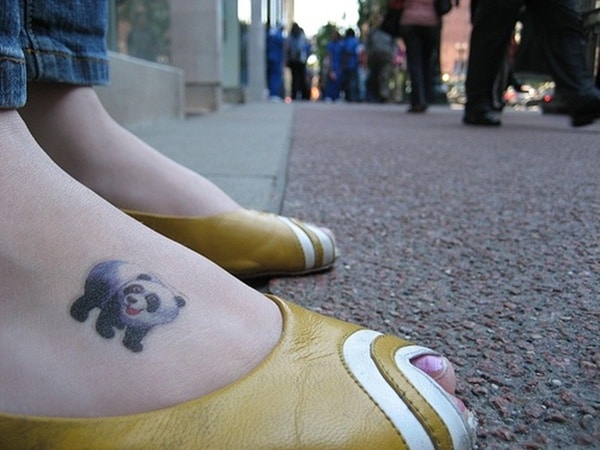 If you are in the market for a tattoo, one of the designs that you may consider is the Panda bear tattoo, which though not exactly mainstream is pretty popular among both the genders. You will find that like all animal based tattoo designs, the symbolism of the panda tattoo is based on the qualities of the animal itself. Often portrayed on its own, panda bear tattoos may also have other elements in them.

From hereon we will look at panda bear tattoo design choices as well as the symbolism that is attributed to them so that you can make an informed choice.

The panda bear carries a lot of symbolism in the eastern culture. Many people of both genders, who work with this peaceful and cute animal may choose to go with the tattoo for the love of the animal while others may go for it due to symbolic significance. For a long time the panda bear represents serenity and peace.

Though panda bear is an animal that belongs to the bear family it has the eyes of a cat that makes it unique. Though it is a carnivore, most of its food consists of bamboo. Plus the personality of the panda bear is calm and laidback which is different from other bears as they are know to be quite vicious and also aggressive.

The designs of panda bear tattoo can vary to a large extent. In fact we can go as far as to say that there is no element that may not be considered for use in panda bear tattoo. Plus the genre also varies from the realistic to the cartoon like caricatures. What is more people may choose to go with only the head of the panda. Others may go with a sugar panda head based tattoo. In most cases the panda bear tattoo will have a  cute and calm expression though few have known to go with an aggressive looking panda bear tattoo too.

The meanings surrounding the panda bear tattoos are numerous with most of them being quite positive. But ultimately the symbolism that you attribute to a panda bear tattoo will have to be your own. But the general meanings attributed include – being strong, being calm and peaceful, being masculine or feminine, having a balance, being full of grace and nobility, being knowledgeable and wise, having good luck and being magical among other such qualities. 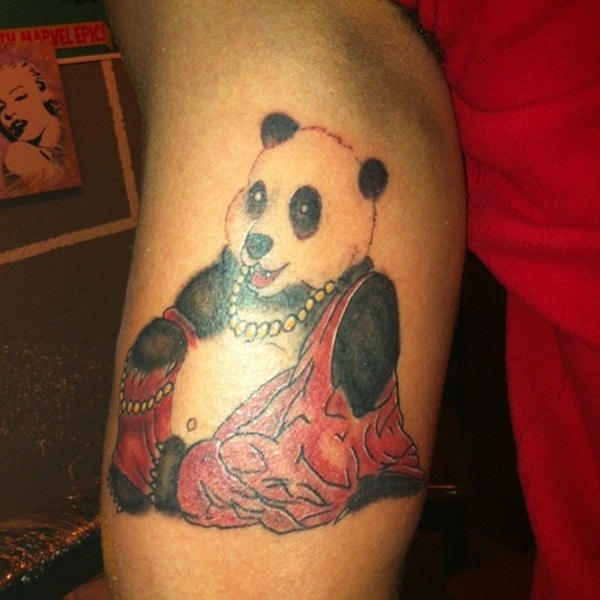 The panda tattoo with its emphasis on both black and white is also considered a balance between the feminine (Yin) and the masculine (Yang). Some believe that the colors of the panda tattoo represent different cultures.

Panda tattoos are endowed with positive and optimistic qualities. For some it also means their inner and outer being. Some feel that the panda bear tattoo is a symbol of protection while others wear this tattoo as a means to protect this endangered species. Some panda bear tattoos show the panda bear as eating bamboo or munching on grass.

Though no doubt a very cute and attractive tattoo, we always like to caution those who are planning a panda bear tattoo or any other tattoo for that matter to ponder, research and be sure before they go for a tattoo. 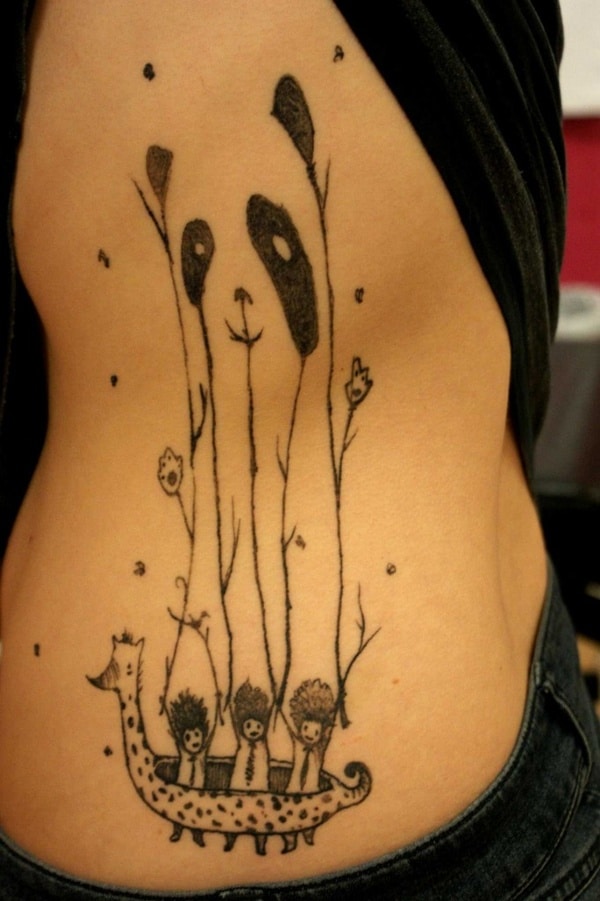 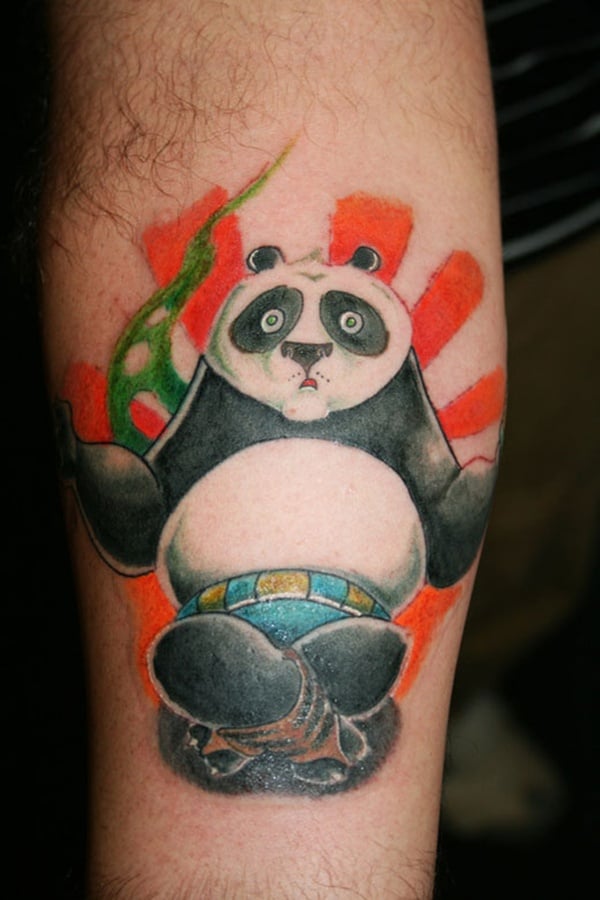 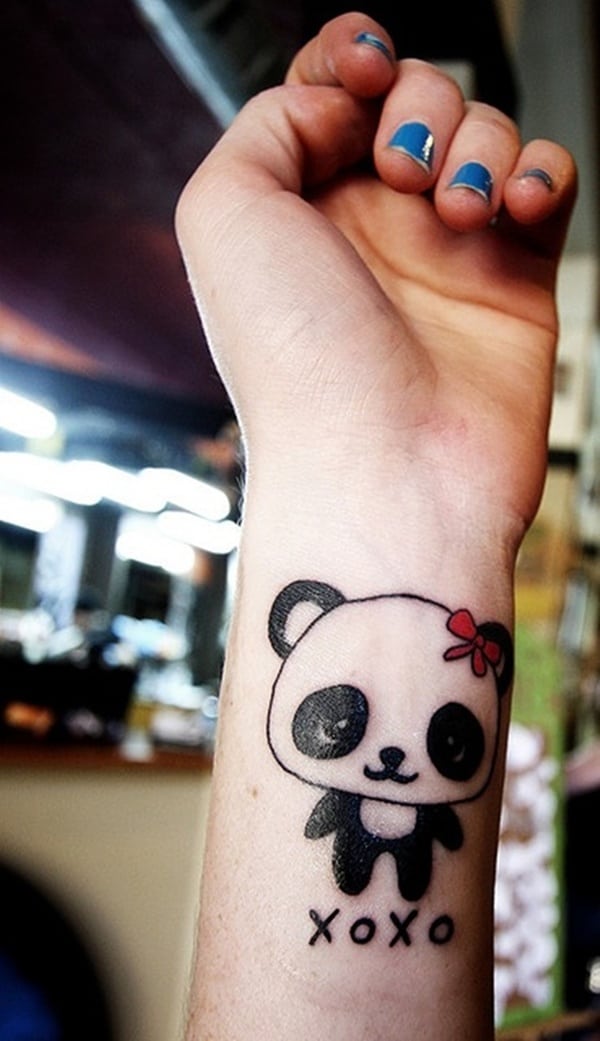