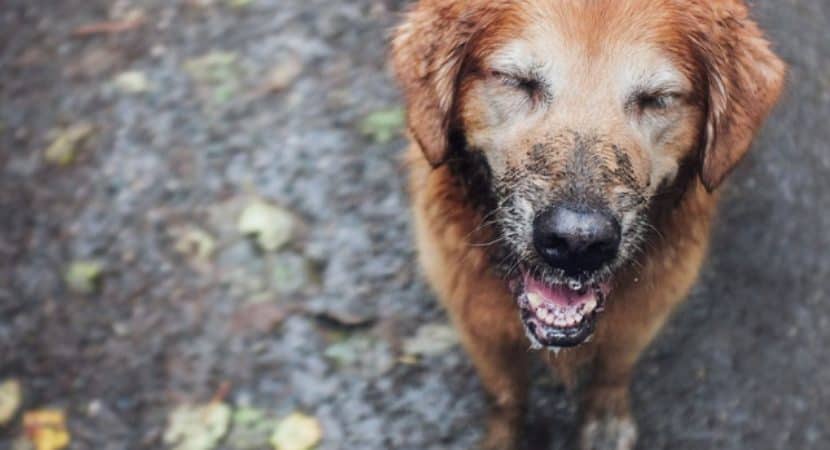 So, you just finished giving a good long bath to your dog, shampooing his hair, drying him up only to later find him rolling in that long barren garden of yours. While some of you are totally confused as to why do dogs love to roll in mud after a bath, most jump to conclusions of their dog being temporarily insane and then there are some who will find it amusing to see the cute little buddy playing in the mud.
So why does your dog do this? Is there a way you can stop it? Should you really stop it? Well-read below and find out. Want to train a dog to guard your house? You are at the right place. Check this out.

Why Dogs Love To Roll In Mud After Bath 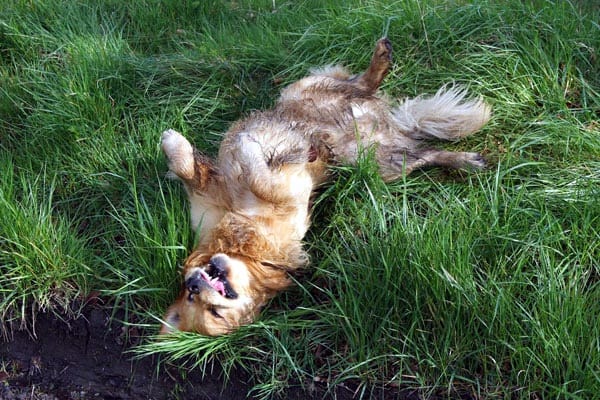 Numerous animal lovers, as well as psychologists, have come up with new and strange reasons for why dog love to roll in mud after a bath. Some say it is in their inherited genes, while some say it is their defence mechanism.

According to researcher’s dog rolling in mud is a type of camouflage which they use to hide from their enemies. Being a member of wolf family these dogs they say, are determined to cover their dog smell. They in a way are preparing themselves for hunting. Although they might not actually run away after a target but as soon as a distinct smell such as that of shampoo etc. arise around them, they try to take cover and be ready for any danger which might come their way.

Many dog owners would testify that dogs do appear damp even after 6-7 times of being dried through towels. In fact, most of you might have experienced that annoying dog shake which leaves you all wet. So a few theories point to this being the dog’s natural way of drying himself up, he doesn’t like that wet feeling and hence makes a fair choice of taking the matter into his own hands.

An outburst of pent-up energy? 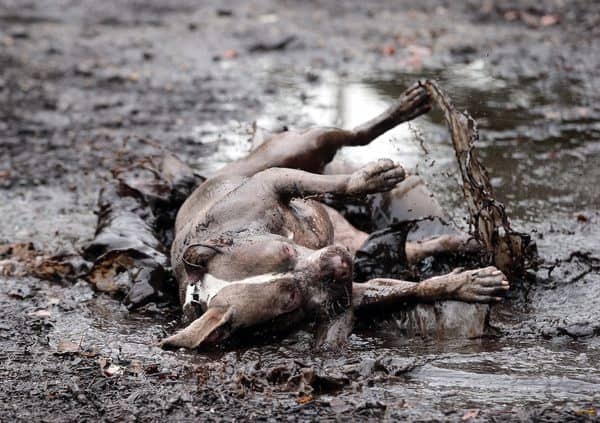 One of the many probable reasons for the same does include dogs expressing their emotions through this rolling. Most of the dogs don’t love bathing, however, showing trust towards their owners they sit, doing something which they don’t generally like.
So as soon as they are let free, they try to release that pent-up energy by rolling in the mud and doing something or anything which they desire, anything which makes them happy as well as releases that extra pressure which was developed and stored during the times of those torturous baths.

So Shall I stop Them? Is it something to worry about?

Absolutely not. This behaviour of the dog is much more of a natural instinct, and they don’t do anything as such to annoy you in any manner or to offend you, rather they do it because their instincts tell them to do so. There are still no clear reasons as to why do they have such instincts, and what drives them to this behaviour, however, most dogs do portray such behaviour, and hence you shouldn’t be surprised if your
dog does the same.

I don’t like him rolling in the mud, how do I stop him? 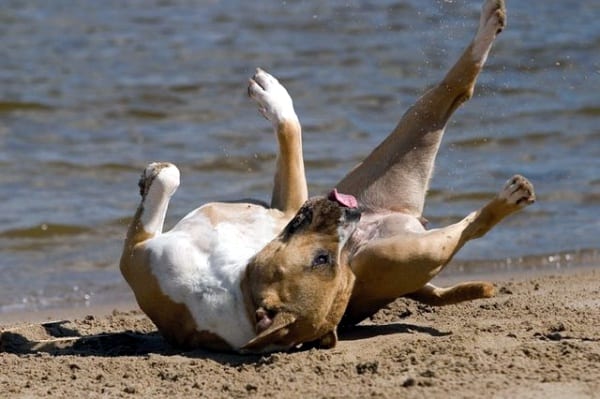 Now if you are extremely conscious about your dog’s coat and do not at all want him to be the part of that dirt and mud, then you can take various measures from your end which will convince him not to do so, or will stop him altogether.
First, try to keep any such mud areas or pits away from the dog and keep the surrounding clean as well as hygienic. The dogs will automatically stop rolling in mud if they don’t find any mud pits in and around the house. Don’t stop him from rolling altogether, however, change the areas where he rolls. 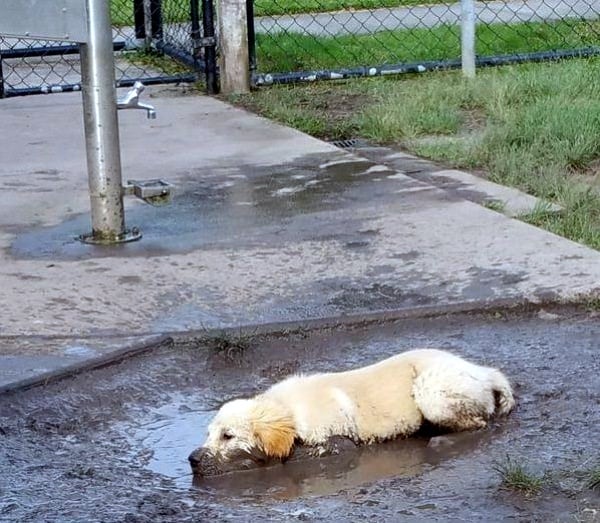 As dogs love to roll in mud after bath try to take control of the situation and as soon as your dog jumps out of the shower to roll in the mud, ask him to come back and sit beside you, and for each day he doesn’t roll do offer him gifts. This way he would be convinced of not rolling in those dirty areas. Here are some essential commands you must teach to your dog.

Dogs similar to humans do exhibit strange behaviours at times either due to pressure or will, so there isn’t need to be angry or surprised about same, simply accept their behaviour and do at times allow them to do things they like.