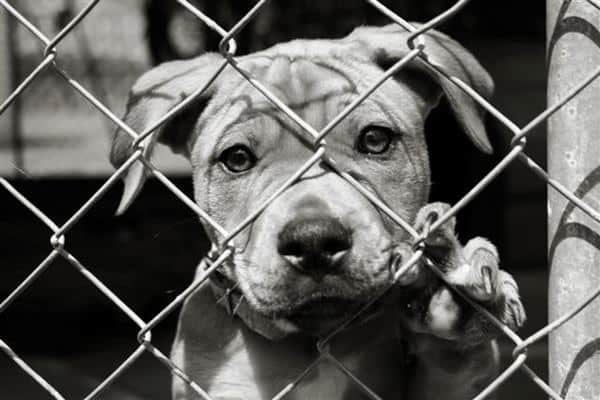 Dogs are always very special among the pets. We have found the celebrities often posing for the camera with their canine friends. Be it the singers or the actors or celebrities from another field. Their special bonding with their pups not only got them attention but also made them the talk of the town. But did you know all of the pets are not bought from dog shops? The celebrities often came for the rescue of the four legged friends and made them their family members consequently. Oh how pure is their love.

Celebrities with their Rescue Dogs:

1. Drew Barrymore and her pet Oliver: Drew Barrymore’s Oliver is a Shepherd mix .This four legged was rescued by the Bark n Bitches in Hollywood. 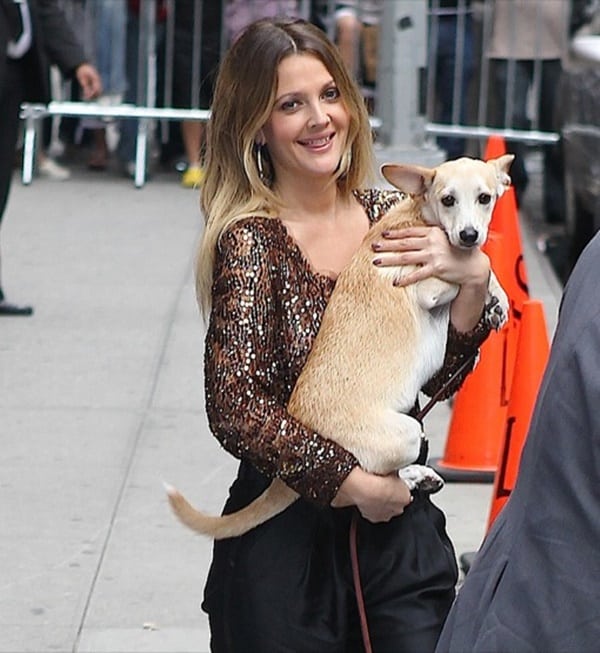 2. Selena Gomez and Baylor: Selena has proved herself to be a serial rescuer of pups. In fact Baylor is her 6th rescue. When in a relationship with her ex-boy friend they adopted this doggy together but now she is the only owner of this kid. 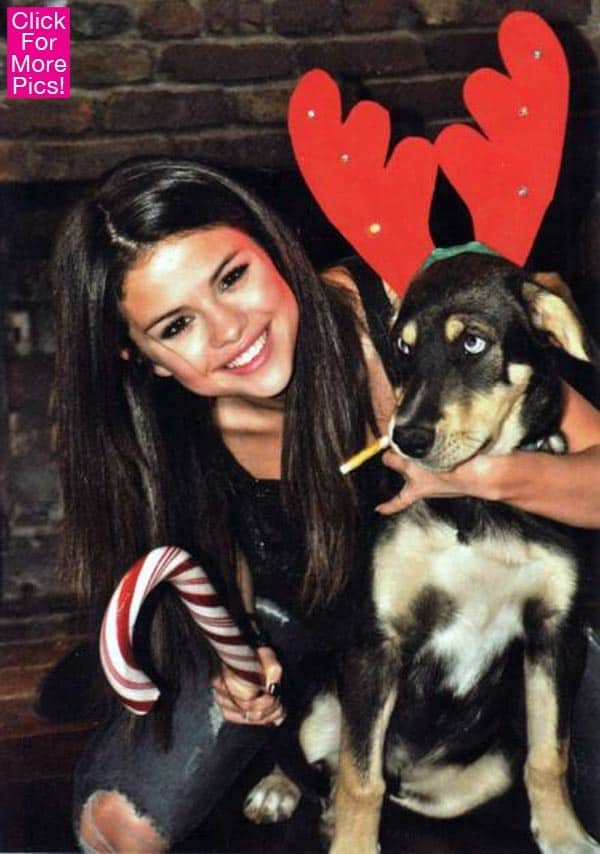 3. Zooey Deschanel and her pets Dot and Zelda: When Zooey met Dot and decided to take her home she saw Zelda also in the same shop and she got to know that both of them were siblings. She was kind enough to adopt both of them. Lucky pups, indeed! 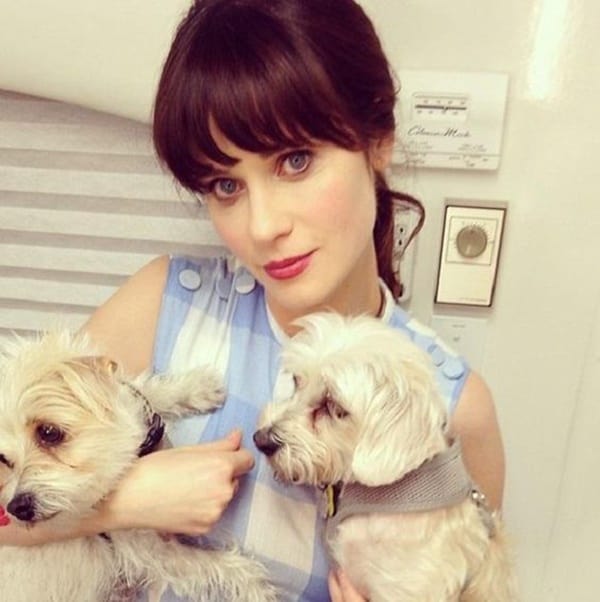 4. Ryan Reynolds and Baxter: Reynold’s story is quite interesting. According to him he once went to get a pet dog for one of his friend and he got to see a golden retriever straightway staring at him. He whispered at him whether he would like to come along with him or not. The doggy jumped at his car and from then onwards they are the BFFs. 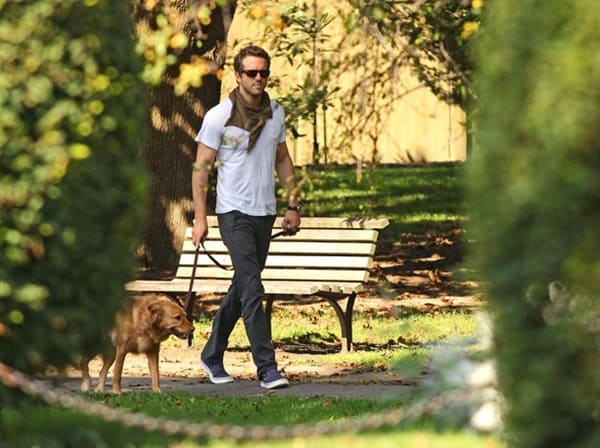 5. Jon Hamm and Cora: Cora is like the first love for Hamm. He and his girlfriend brought Cora together and this pooch is accompanying them for the last eight years. 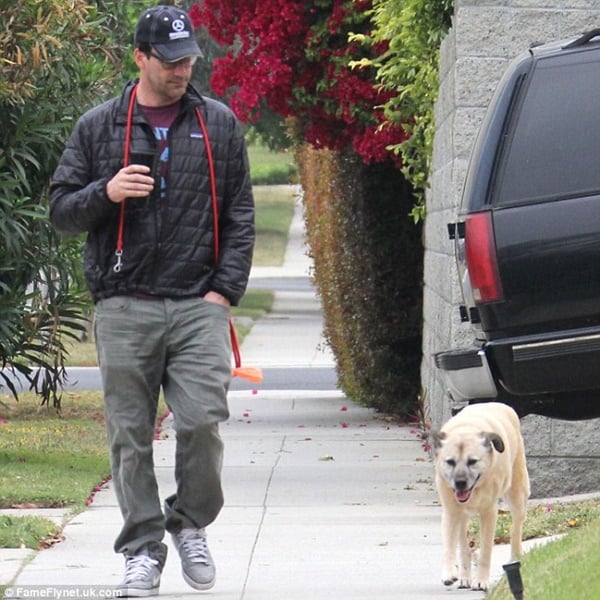 6. Emma Stone, Andrew Garfield and Ren: Emma had already a pet when she first met Ren, a golden retriever. She and her boyfriend first parented the little doggy. After that the fell in love with her and decided to adopt her. 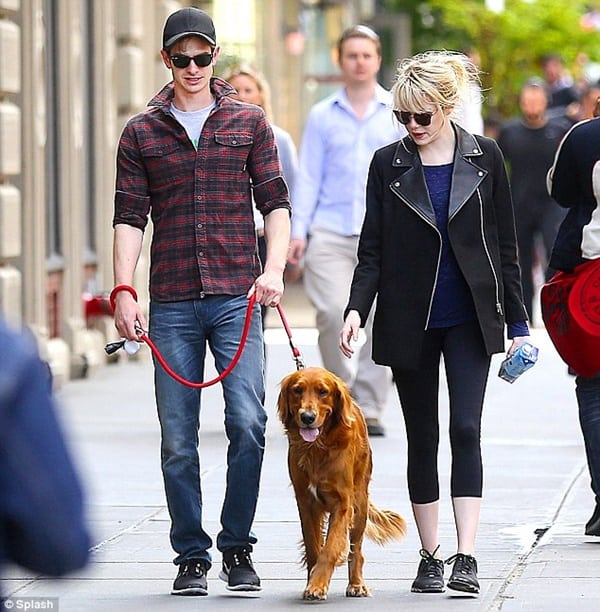 7. Orlando Bloom and Sidi: While shooting for ‘Kingdom of Heaven’ in Morocco, Africa Bloom adopted Sidi. Sidi is a Saluki mix pup and he follows his master everywhere! 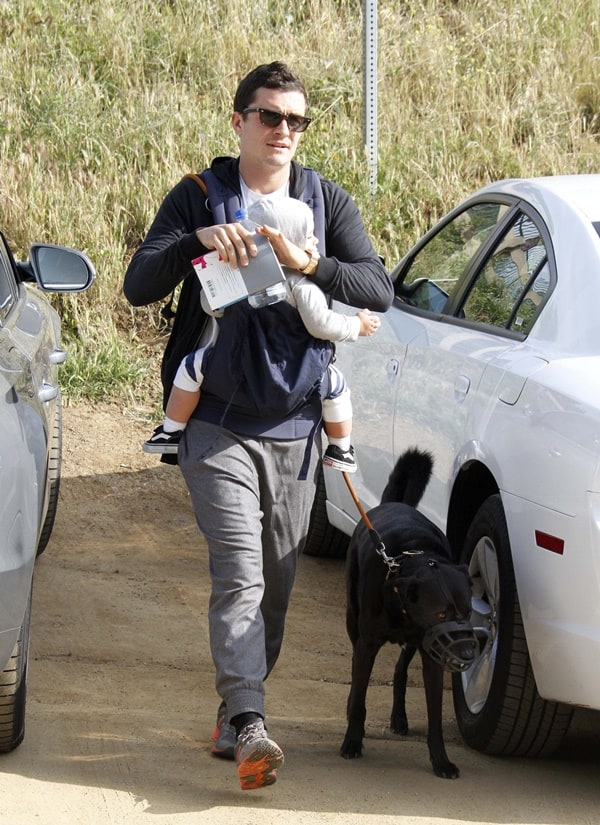 8. Anne Hathaway and Kenobi: Kenobi, a terrier mix is a new addition to Anne’s family. In July this year this pooch came to her family. Besides she has a cute Chocolate Labrador named Esmerelda. 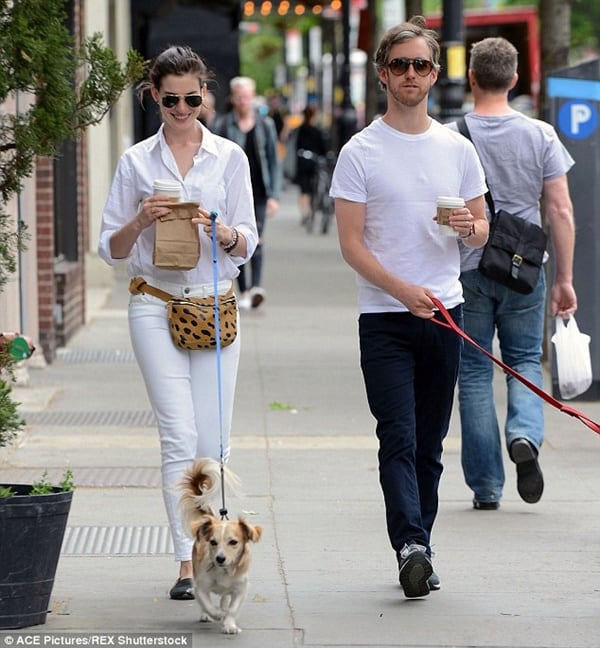 9. Amitabh Bachhan and Shanouk: Famous Indian star Amitabh Bachhan is a diehard pet lover and owns a Piranha Dane named Shanouk. He is in so much love with his buddy that they also do photo shoots together. 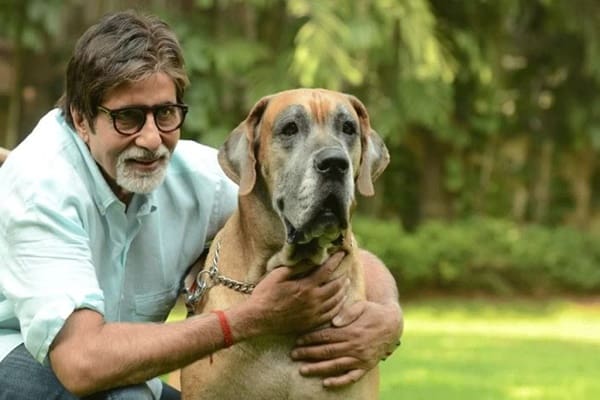 10. Miranda Lambert and her SIX rescue dogs: Hers’ is a true dog love story. She rescued three of her pups from a shelter and other three are rescued from different places.

11. Josh Hucherson and Driver: Remember that oh so handsome Peeta from ‘The Hunger Games’? Yes, Josh not only rescued a pup from shelter, he is a brave rescuer. He rescued a 110 days old Pit Bull pup! When Driver was left to the shelter his physical condition was not that good. He had one of his legs broken and two of his toes were
missed. It was Josh who treated him with surgery at the right time. So much of love between them! 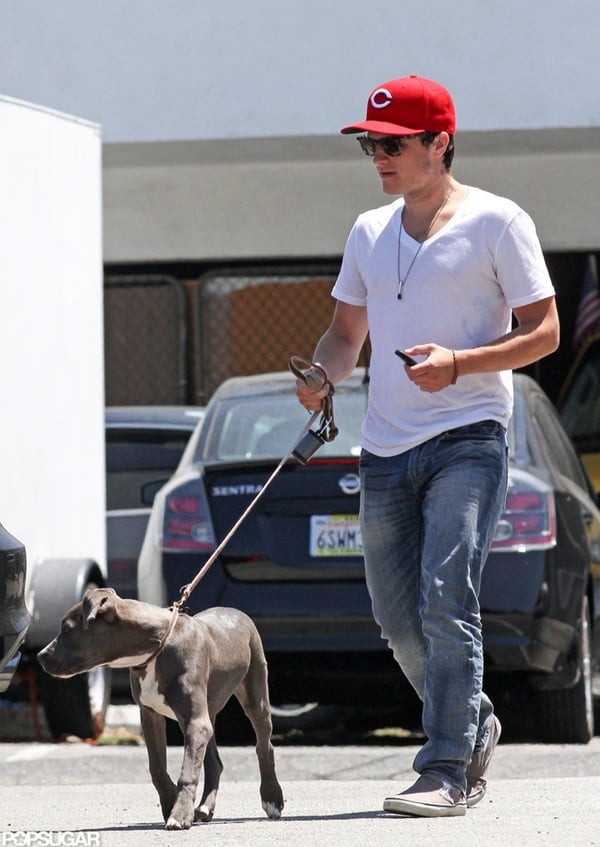 12. George Clooney and Einstein: Clooney came across Einstein through online. He recalled in one of his interviews that the site had a whole film on that pup about how it was beaten up and they cleaned him and all. This masculine superstar just loves his pet. 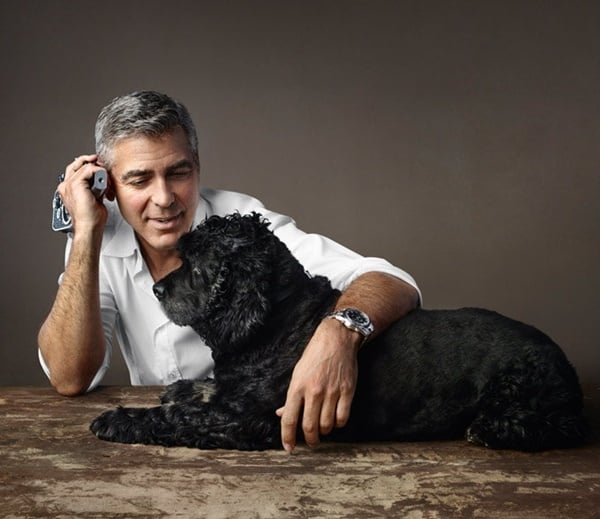 13. Amanda seyfried and Finn: Finn is an Australian Shepherd. The relationship he shares with his mistress is truly sweet. In an interview Amanda said that he cuddles with her and loves her so much. And the mention worthy thing is that Finn is already a superstar pet with his poses in twitter. 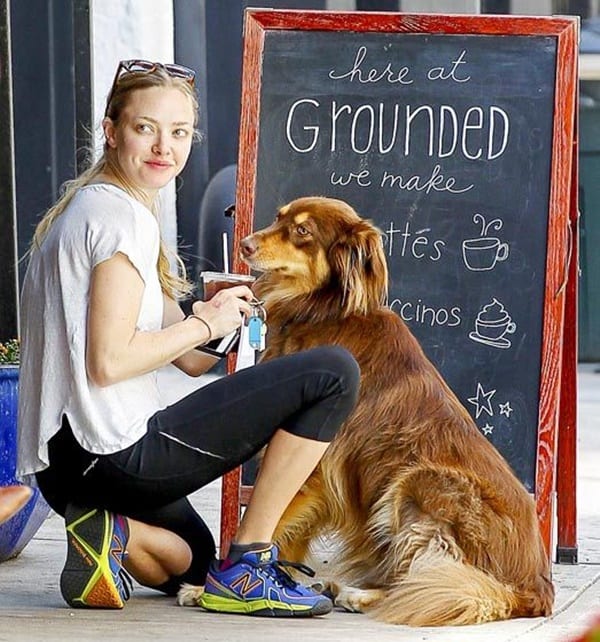 14. Sandra Bullock and Poppy-Ruby: Sandra’s pets are all special and all of them are rescue dogs. She can surely win the Miss Congeniality award as one of her dog is tripod, one is bipod and her Chihuahua is one-eyed. 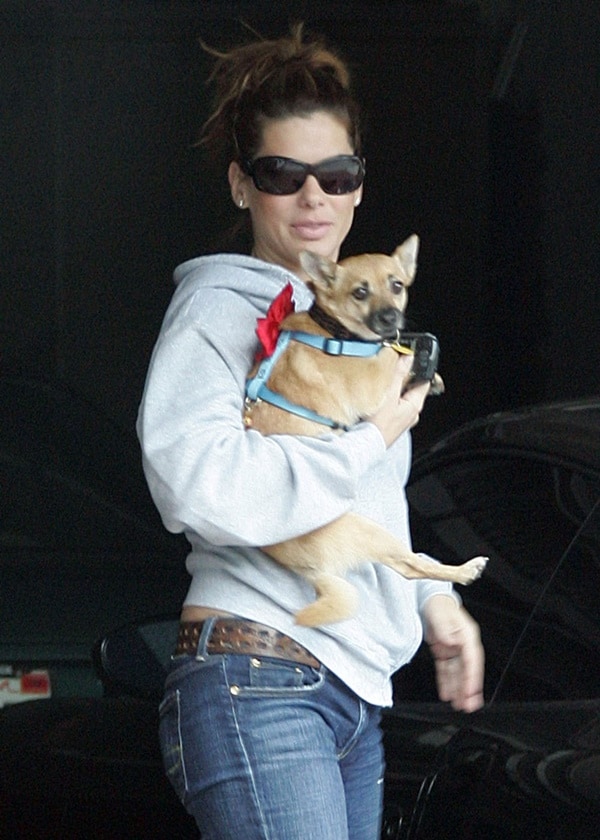 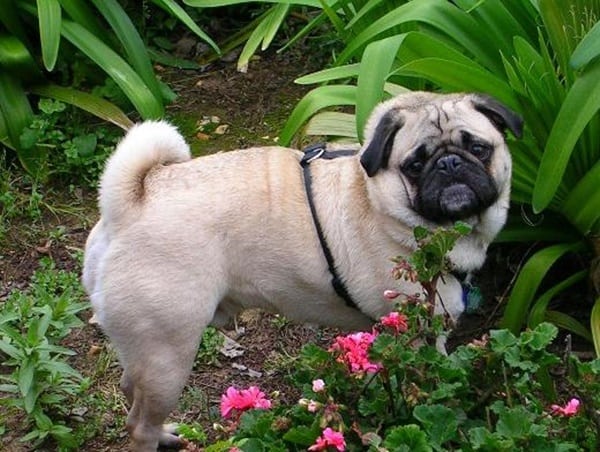 Any puppy can be bought from market by spending money. There is no specialty in it. But when somebody rescues a dog from trouble and gets attached to it, it really becomes a story of eternal love, indeed and thus their names are mention worthy.