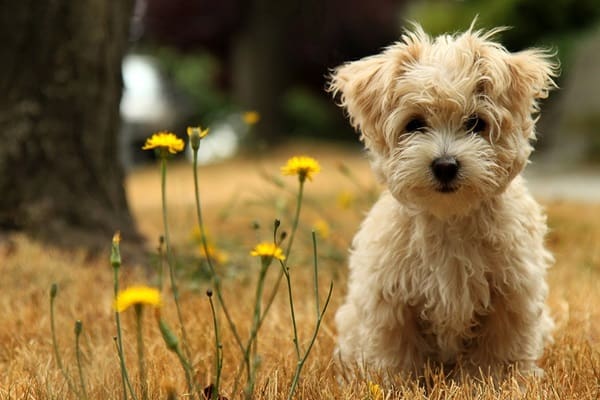 Humans are always very lovable towards the dogs. That’s the reason dogs are one of the most fascinated pets among the humans. But choosing a perfect breed for you must be a tough part if you are a beginner and have very least knowledge about the breeds. Some people like large dogs and some people love a cuddly pet. You will find various articles in this blog containing the information about various types of breeds but here we will be discussing about some cuddle buddy. We have compiled some best lap dog breeds around the world so that you can choose according to the information.

Havanese: Havanese is the national dog of Cuba. It is a very small dog and very sturdy in structure. The coat is very long and silky. It is almost found in all common colors. This breed is considered as the ideal family pet and companion dog. The most amazing part is that they can adapt themselves with any environment. There are also regarded as a toy breed. 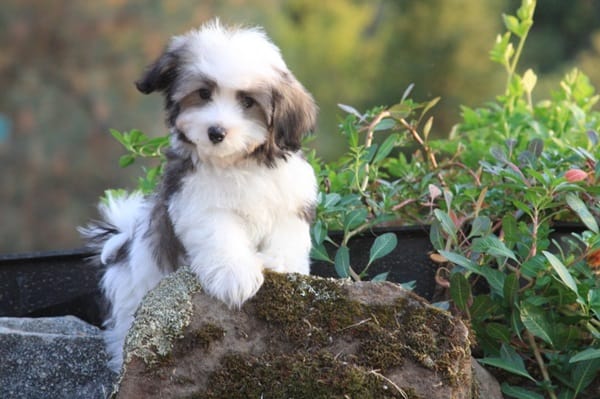 Shih Tzu: Shi Tzu is a sturdy dog with outstanding personality. It mainly weighs between 9-16 pounds which makes them ideal size breed for cuddle. The exact location of their origination is not known but it said that they have originated from Tibet. And further this breed is developed in Whole China. Actually the name Shi Tzu comes from a Chinese word ‘Lion Dog’. 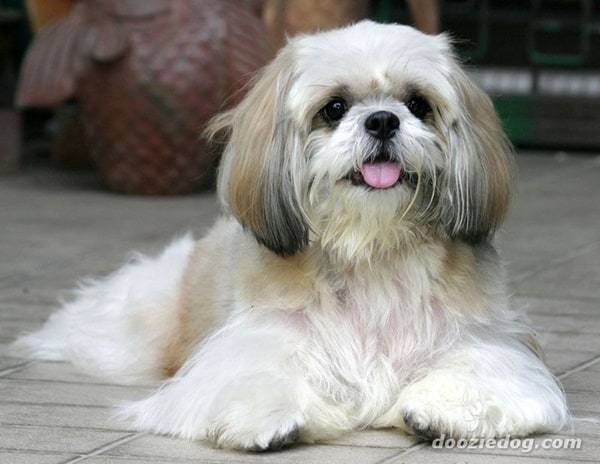 Pekingese: A little, fluffy and brave ancient dog breed originated in China. It is regarded as a symbol of royalty in China and the name refers to the name of the city Peking or now Beijing. The breed has several good characteristics. Pekingese are very loyal towards their owner. Once upon a time they were the companions of Chinese Buddhist Monks and found to be owned by Chinese Princess. They weighs about 6-10 pounds when reaches to the adult age. 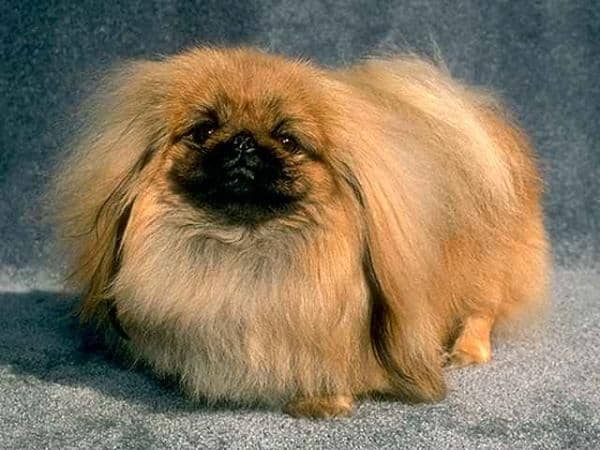 Pug: The small dog breed with a wrinkled muzzled face and curled tail. They come in a variety of colors often fawn or black and a compact square body with well developed muscles. It is said that they were brought from China and Europe in the sixteenth century and were popularized in Western Europe. Pug is also known for being social and gentle companion dogs. It is one of the most famous breed around the world. 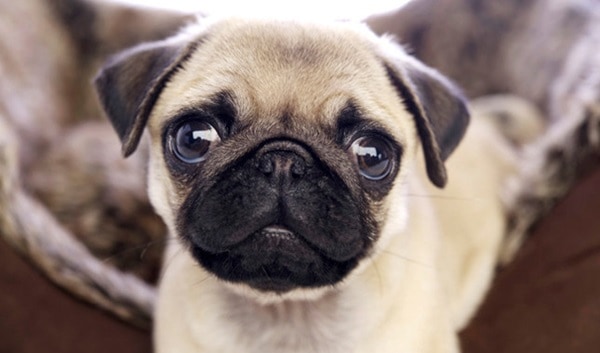 Boston terrier: The Boston terrier is a breed originated in USA. They are known to be very friendly but stubborn at some times. Bostons are small, compact with a short tail and erect ears. But they are high intelligence and very easily trained. The average life span of the of a Boston terrier is about 11 to 13 years. Their face is also semi wrinkled like the pugs. Both the males and females are generally quiet and bark only when necessary. 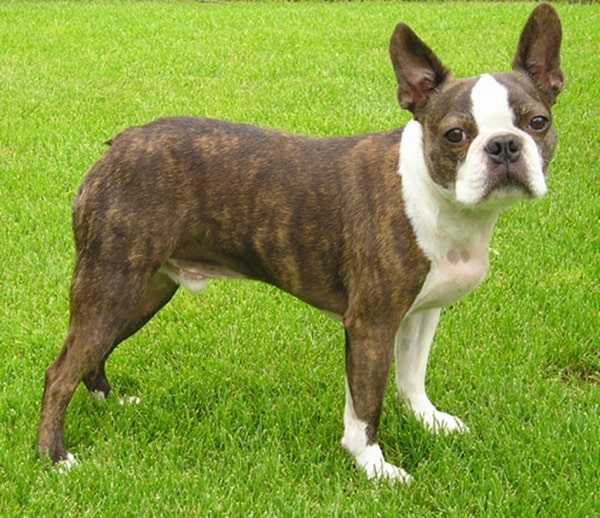 Cavalier King Charles Spaniel: It is a toy spaniel breed and one of the most popular in the UK. It has silky smooth coat and commonly a smooth undocked tail. Their average life span is under 10 years and they are affectionate and friendly towards humans and other animals. It is one of the largest toy breeds and historically it was a lap dog. They weigh about 10-18 pounds which is absolutely exact for lap sitting. Cavalier crosses such as Cavoodle are also very popular dog breeds and worth checking out. 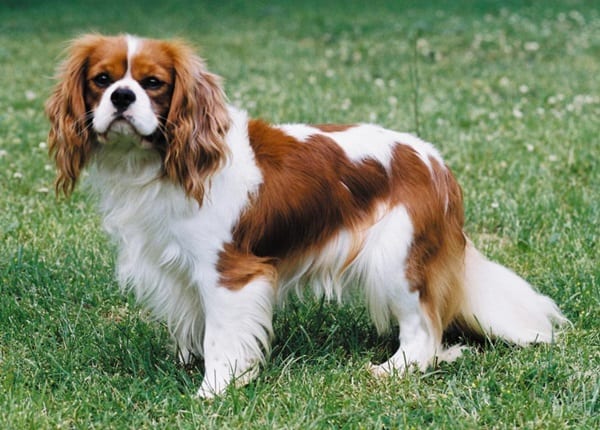 Maltese: Maltese is a small toy breed of dog originating in the Central Mediterranean Area. The breed name also came from the Mediterranean island Malta. This is a very ancient breed and known with variety of names. The coat is long and silky and lacks in undercoat. The nature is very lively and very mischievous and weighs about 6-9 pounds which is a feather light weight for dogs. 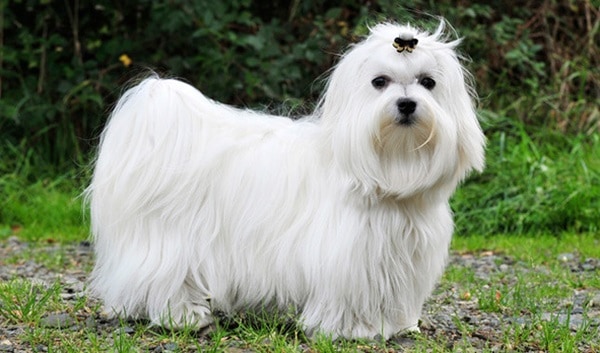 French bulldog: It is an ideal domestic dog originating from France crossed by the Frenchies. They are very playful and affectionate in nature. They are slight hard to train because of their willful and stubborn nature. They should be brought into home at a very small age. French Bulldogs are commonly called pig dogs in UK as they almost look like pigs. 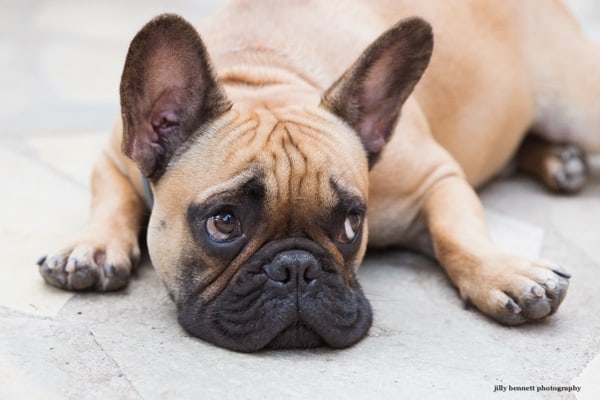 Tibetan spaniel: Spaniel are said to be originated 2500 years ago in the Himalayan Mountains of Tibet. The breed is not a true spaniel; it differs quite a bit in nature. They have a domed head that is small in comparison to the body. Mainly they are extremely intelligent and one of the most cat like dog breeds. The weight ranges from 9-15 pounds which is ideal for the laps. 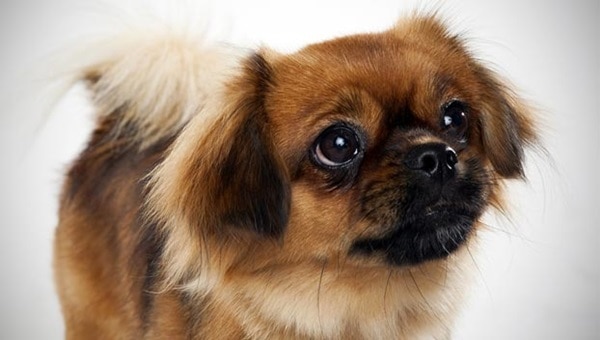 Italian Greyhound: This type of greyhound is very comfort loving and small breed. Although their true breed origin is unknown. They are very slim in body structure and the chest is very deep. They are said to be very well behaved pet and very social in nature. They are also known for dog agility. 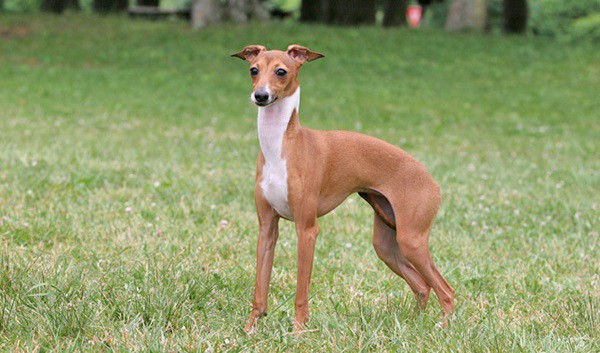