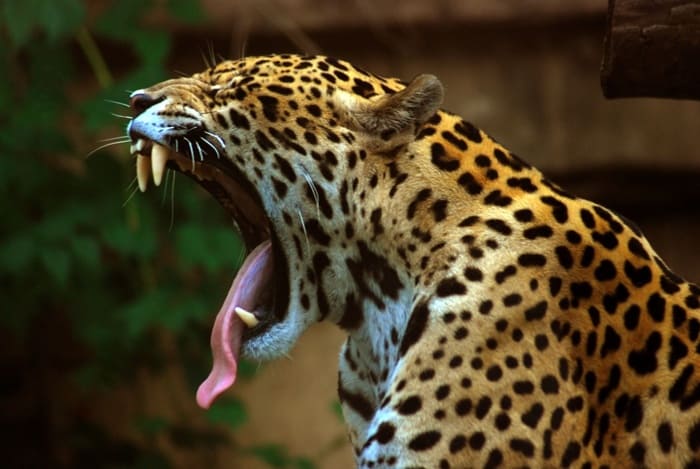 When an animal bites it is going to be scary as hell and very painful. But did you know that the pain you feel has a new measuring unit? It is called the PSI – the full form being Pound Per Square Inch. It is basically the pressure that will occur when a single force is put on one square inch of area. The other measure for this is the BFQ which is Bite Force Quotient. This way of measuring differs from the PSI as it also accounts for the size of the body of the animal that bites. Just for your reference, an average grownup male would have a PSI of 150. We all know that most animals have the ability or instinct to bite but all bites are not equal. That is why you have to read on to know about the Most strongest animal bites in the world.

Most Strongest Animal Bites In The World

Hippopotamus with a PSI of 1821:  These creatures have very strong jaw muscles along with huge tendons and this makes their bite stronger than many carnivores thought their teeth are not that sharp. 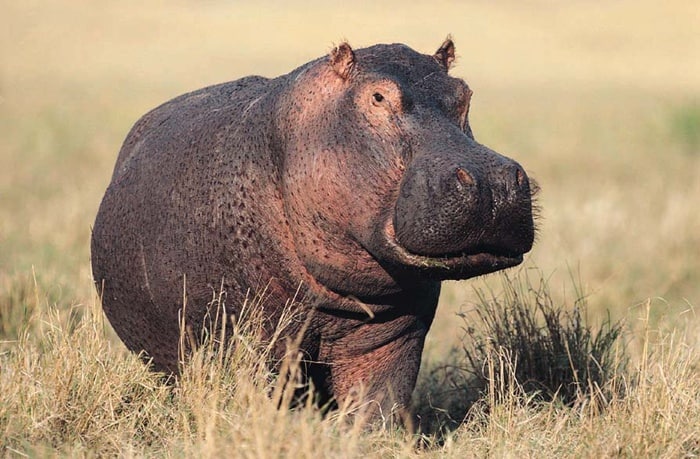 This animal that lives in the water and was considered holy in ancient Egypt has huge chompers. But the irony of the whole thing is that it is a vegetarian and the teeth and jaw strength it has is supposed to help it feed itself in the river. You will see how much the hippopotamus enjoys the water when you see these excellent pictures of animals in rain.

American Alligator with a PSI of 2125: They have sharp teeth and also very powerful muscles that allow them to grab and hold their prey. This has also evolved over time. 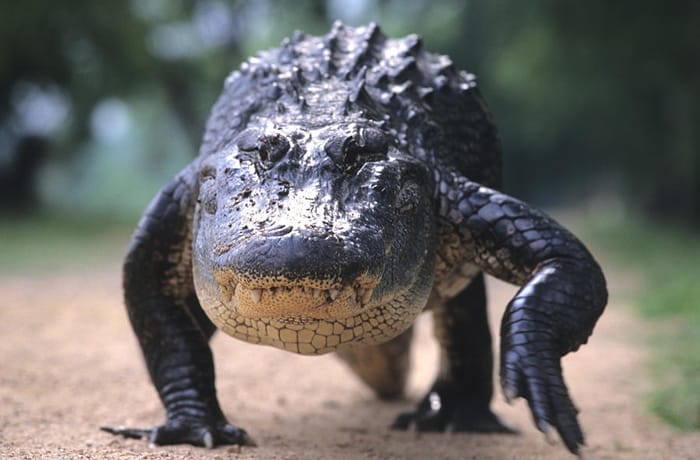 The jaws of the alligator are what makes the bite so painful because when you look at it closely, the teeth of this animal are pretty small. What is more, they also have staying power that aids them in biting?

Nile Crocodile with a PSI of 5000: These though possessed for smaller teeth and jaw muscles they have the strongest bite. Though their opening strength is low in jaw it is compensated by the closing strength. 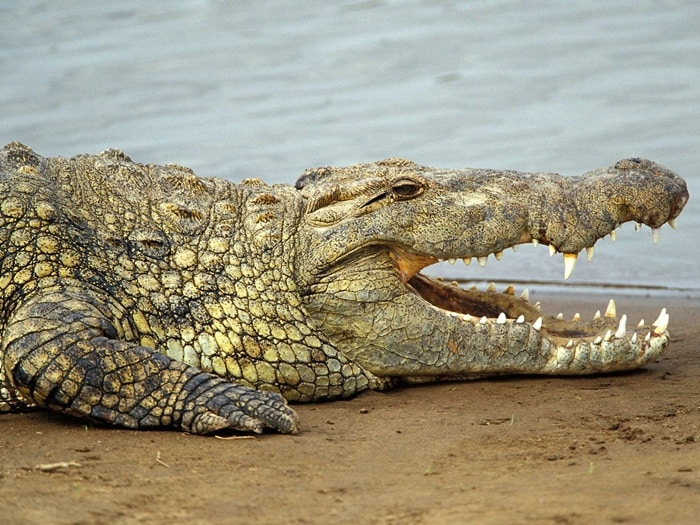 Though the Nile crocodile can be seen among the pictures of animals that use their tails for many purposes, it also has a painful bite. And this is why many wild animals fear these creatures.

Great White Shark with a PSI of 669: The sharks lead in the fish class as the animals with the strongest bite. The great whites don’t have such a high PSI as their sharp teeth do all the work by smoothly cutting through their prey. 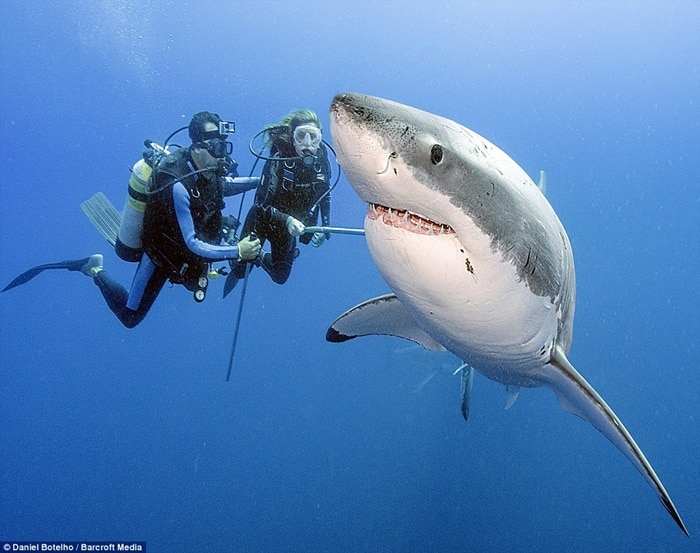 The great white shark has really earned its name since the white death and these tales have been strengthened by the ferocity in which they are depicted in movies. The numerous small teeth in the mouth of the shark is a testament to the way it can bite. Not only is its bite very painful but it also has a brain that is dedicated to the sense of smell which is among the things you don’t know about animal senses.

Saltwater Crocodile with a PSI of 3700: These though possessed for smaller teeth and jaw muscles they have the strongest bite. Though their opening strength is low in jaw it is compensated by the closing strength.

The largest of all living reptiles, this one is found in the Indo-Pacific areas. In spite of its name, it is not actually found in the ocean though it can survive there. It is actually more likely to be found in the swampy areas.

Bull Shark with a PSI of 1350: The sharks lead in the fish class as the animals with the strongest bite. The great whites don’t have such a high PSI as their sharp teeth do all the work by smoothly cutting through their prey. 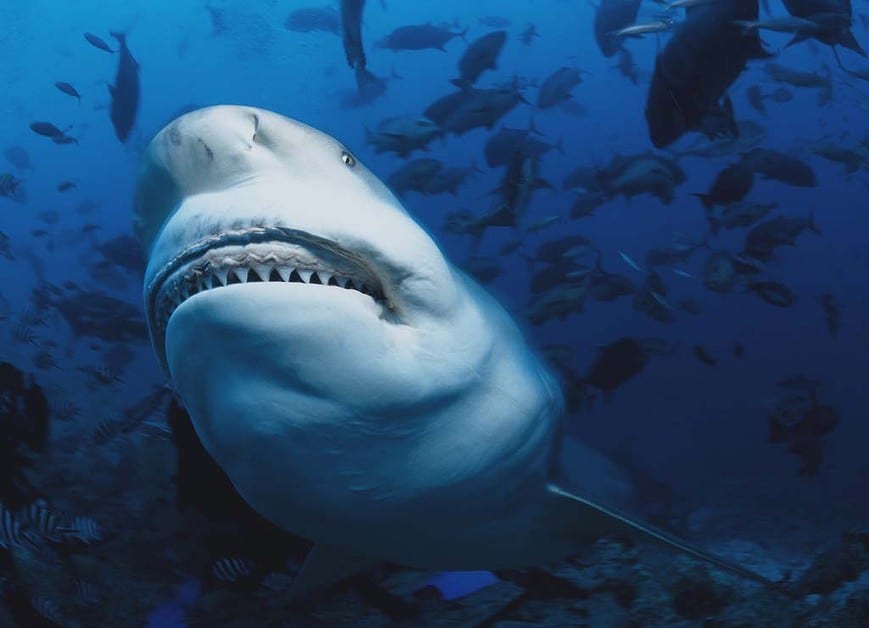 When it comes to being bitten, then there is nothing pleasant about the experience and when it comes to animal bites, this is even scarier and painful. When we live out in the urban jungle, then the chance of being bitten by a wild animal is remote and the chances of being animal bites from city dwelling animals. It is good to know what dog has the strongest bite, as this is one of the animals likely to take a bite you. The thing about animal bites is that you will need to look beyond the pain, and also consider the chances of infection too.

Unlike the great white shark whose small teeth cut through victims quickly, the bite of the bull shark causes, even more, pain due to the size of the teeth. Though the sharks may be the cause of the most successful inventions inspired by animals, it is still a creature that has a lot of capacity to cause pain.

Tiger Shark with a PSI of 325: The tiger shark or commonly known as Sea Tiger, is mainly found in the tropical or temperate waters and are called as macropredators. The tiger shark is considered a near threatened species due to finning and fishing by humans. 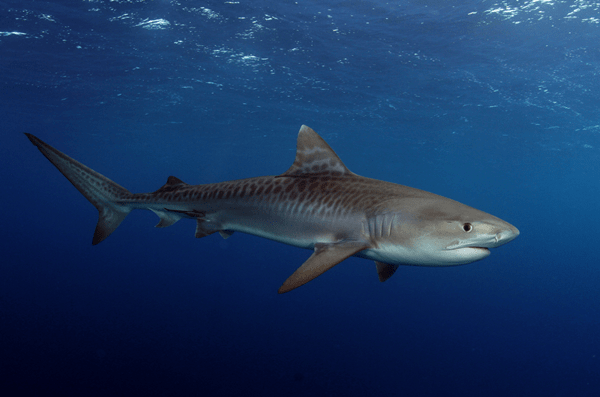 The bite of this creature should indeed be feared as it is violent and scary even before it is born. Can you imagine the most fratricidal baby animals in the world? Well, the tiger shark sure has earned its place here. The reason we are saying this is because even as it is in the womb, the eggs hatch and have rather large teeth. The small sharks use these teeth to kill its siblings in the womb so that only two are born. And you know the reason that this happens? Because the sharks have two wombs!

Mastiff with a PSI of 556:  This dog has a highest biting force when it comes to the force of biting. The Rottweiler is at a 328, the German Shepherd at 238 and the American Pitbull with 235 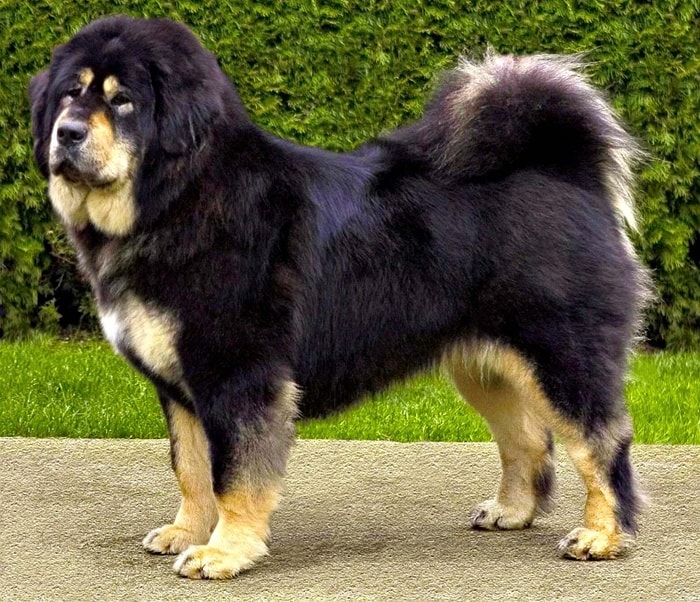 The mastiff is not only known for it’s impressive size but also for the strength of their jaw and teeth, which account for the painful bites. Much like Boston terriers, Mastiffs also has a strength and tenacity that comes from it being the dog with a rather large mass, in fact,  the largest mass. You just have to take note of all its features and physical appearance to see that it has definitely earned its place among the strongest breed of dogs in the world.

African Wild Dog with a PSI of 340: It is a wild dog found in Sub-Saharan Africa and is also known as African Painted Dog. They are regarded as hunting dogs. But the African Wild Dog is a highly social animal. 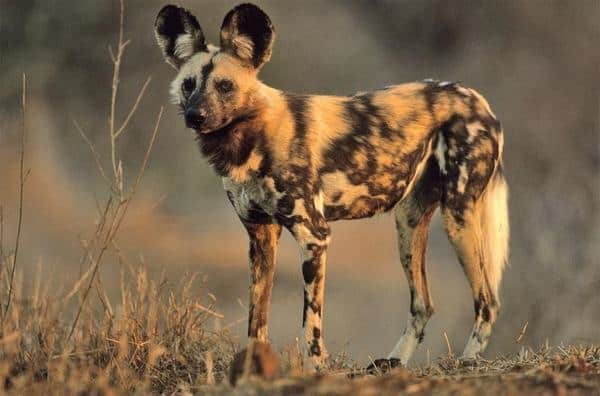 This animal that is social in the wild and living in packs may have developed the ability to bite given that it has to survive in the jungle. Unlike other animals that live in packs, this dog breed has the females moving away from the pack when it is time to mate. The build of the dog may not seem to suggest the painfulness of the bite. But we can surely group this among the most dangerous dog breeds.

Leopard with a PSI of 300-310: Leopard is one of the 5 big cats in the genus Panthera. they are found in the parts of Asia and Sub-Saharan Africa. Leopards are vulnerable according to the record of IUCN red list as because their population is decreasing day by day. 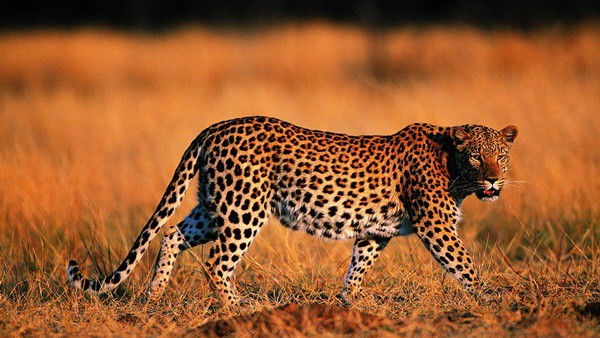 The leopard while often confused with the cheetah due to the similarity of their markings is a lot stronger and has a different build. The leopard spends a lot of time on trees and often after killing its prey will drag the kill to the tree with the use of its jaws. The fact that it can do this is an indication of the kind of strength that the leopard has in its jaws and thereby the pain a bite from it can cause.

Cougar with a PSI of 350: This animal with long canine teeth and jaws that are strengthened by muscles is empowered by nature to cut through the tendon, meat, and sinew. Their jaws can crush the spine and skull of even prey that is larger. 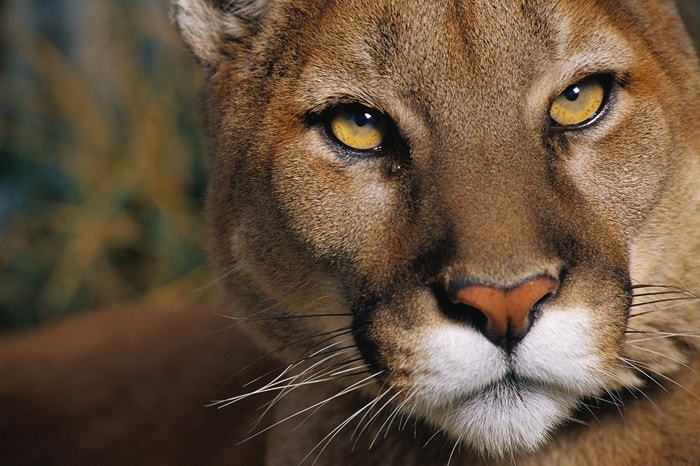 When you watch this animal walking, there is a certain menace in the way it walks and this threat comes true when it bites. Considered as the largest among the species of small cats, they are slender and agile. What this means is that escaping them would be pretty difficult. Which is why you will find it fascinating to know about unbelievable animals save human life in real life. Imagine a golden retriever fighting to save a little boy from a cougar’s attack.

Gray Wolf with a PSI of 406: They have teeth that are large and heavy and they are suited for crushing of bones than other canines. Though not as good as hyenas they can open and crush bones with only a few efforts. 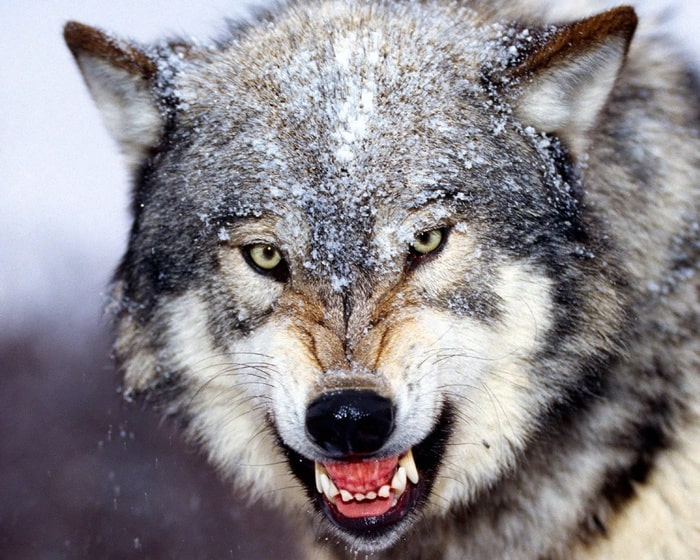 Humans seem to have had a fascination with this breed as it is one of the most researched and written about species. This social animal tends to move around in packs mostly with a pair who are mates along with their offspring. You need to look at majestic gray wolf pictures for not just their awesome beauty but also see the ferocity in their eyes. You can see that it is not the kind of animal that will hunt without the required ferocity.

African Lion with a PSI of 691: Though the lion has the weakest bite among the other bigger cats, the sharper teeth helps in strangulating the prey. This causes Hypoxia and kills them. 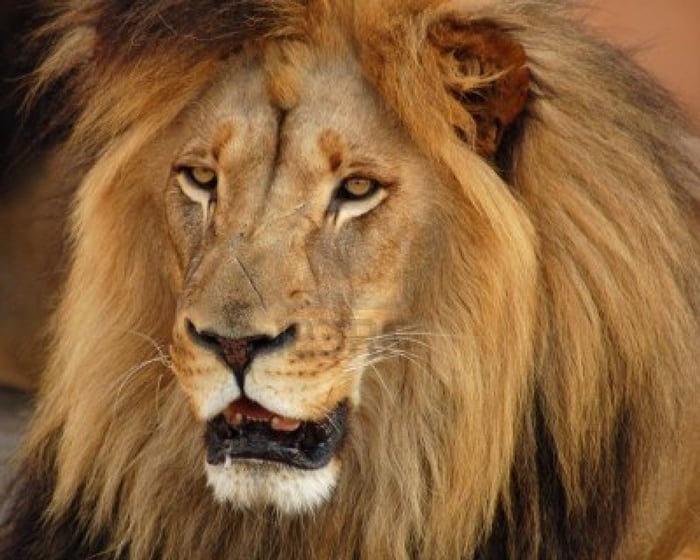 When you look at the lion and lioness – the royal couple at their best, even if it is in a picture, it will stir your senses. So you can imagine that the bite of the king of the jungle will pack a lot of pain. It is not only the kind of teeth that the animal has but also the strength of the jaws that can add to the pain.

Jaguar with a PSI of 2000: The teeth of a jaguar can simply pierce the skull and the brain which means they can get through the shell of a turtle too. They rank as having the strongest bite in the cat family.

As the third largest cat after the lion and the tiger, it resembles the leopard but it is slightly bigger and stronger. The bite of the jaguar is more painful in proportion than the bigger cats.

Brown Bear with a PSI of 850: Bears are omnivorous and possess really strong teeth with incisors that are bigger and the canine teeth huge. They have adapted to the vegetarian diet too. 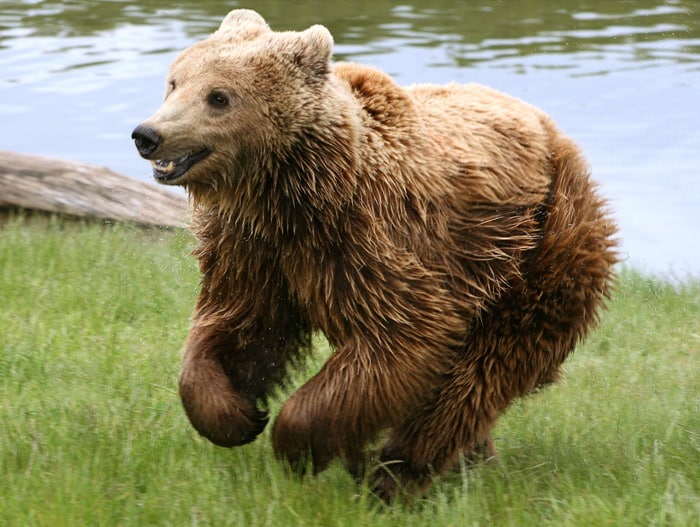 Brown bear: This animal looks fierce and is considered an attacker that inspires fear. And why should it not? You will understand what we mean when you look at wild mountain animals with pictures, of which the brown bear is a part. Unlike the cuddly and cute look that is given to stuffed toys, the brown bear and its bite can cause a lot of pain.

Kodiak Bear with a PSI of 930: Bears are omnivorous and possess really strong teeth with incisors that are bigger and the canine teeth huge. They have adapted to the vegetarian diet too. 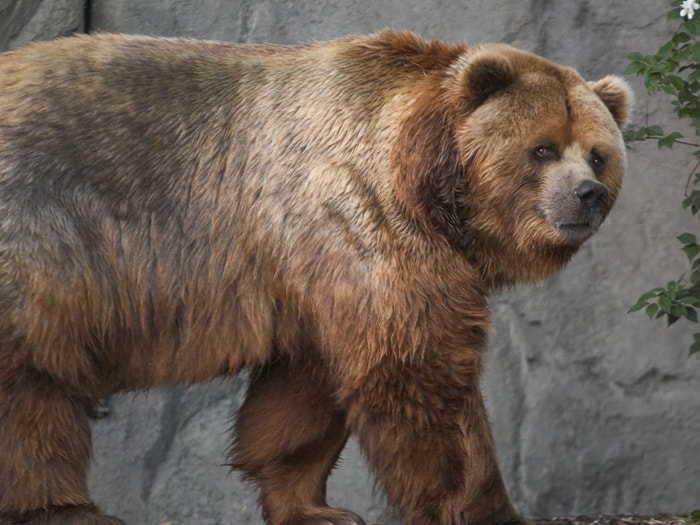 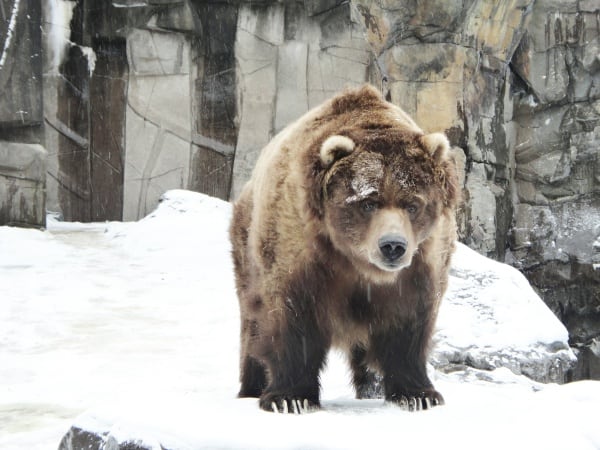